John Avise provides us with yet another mystery Faux Duck. These are waterfowl that resemble ducks but aren’t.  Your goal is to look at the pictures and then guess the species. After you try, go below the fold for the ID, some Fun Faux Duck Fax, and a range map.  John’s captions and descriptions are indented (click on pictures to enlarge them):

This may be a tough one for readers to identify, but it helps to know that this species is common along the Pacific Coast, especially during its northward migration each spring. I’ve got only four photos of this one. 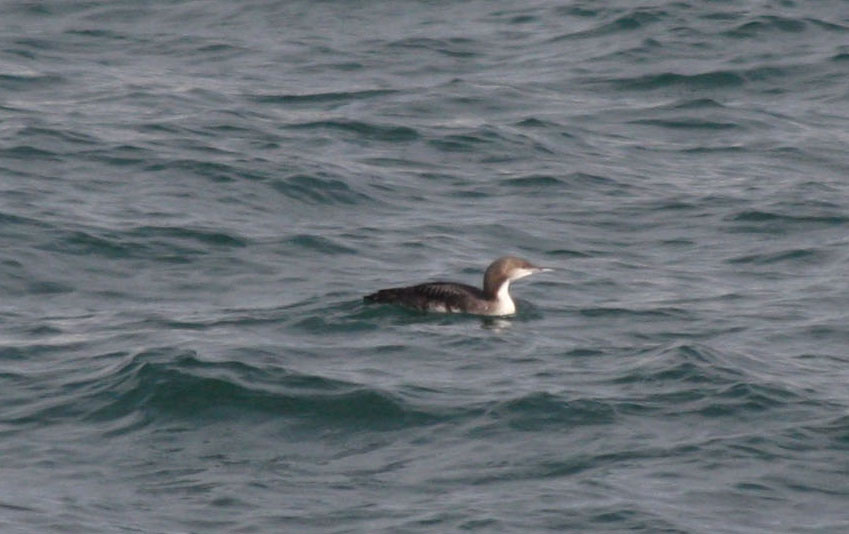 Juvenile showing sharp contrast between front and back of neck: 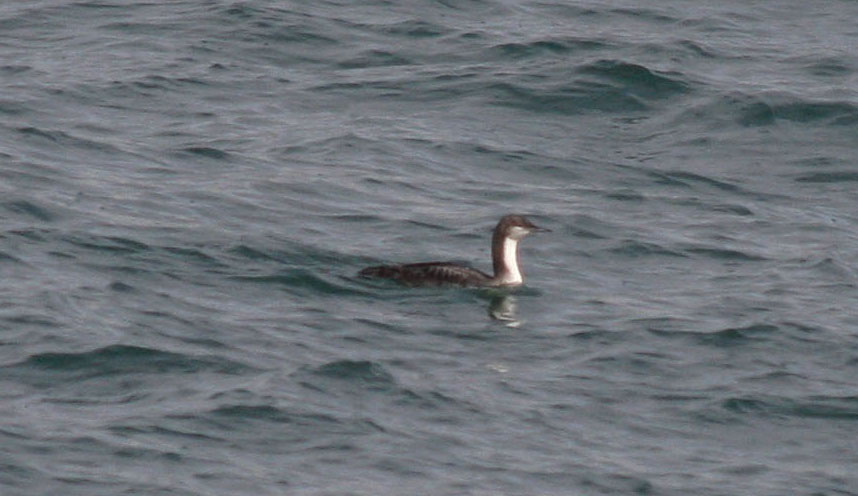 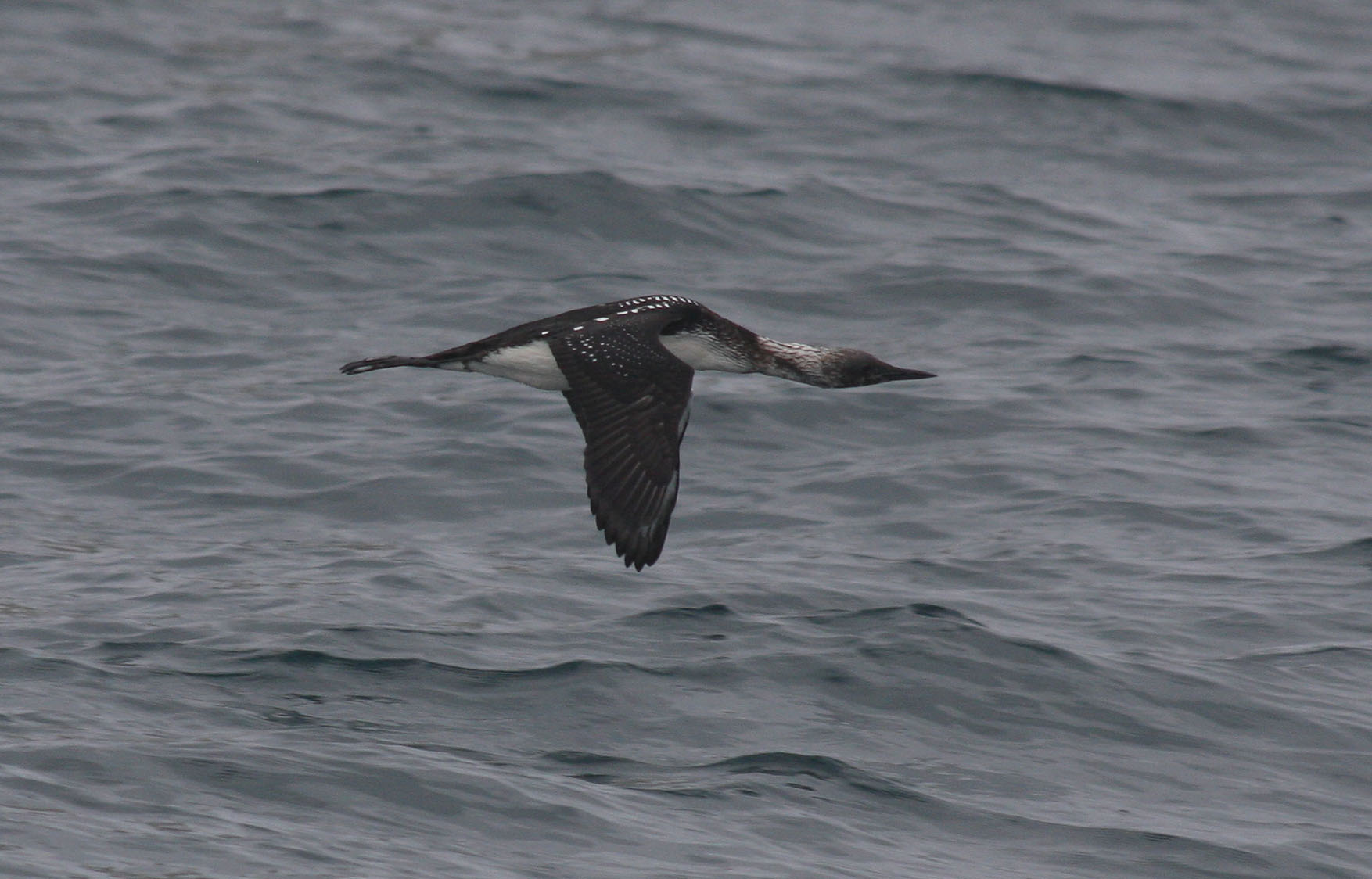 Another flight view of adult transitioning into breeding plumage: 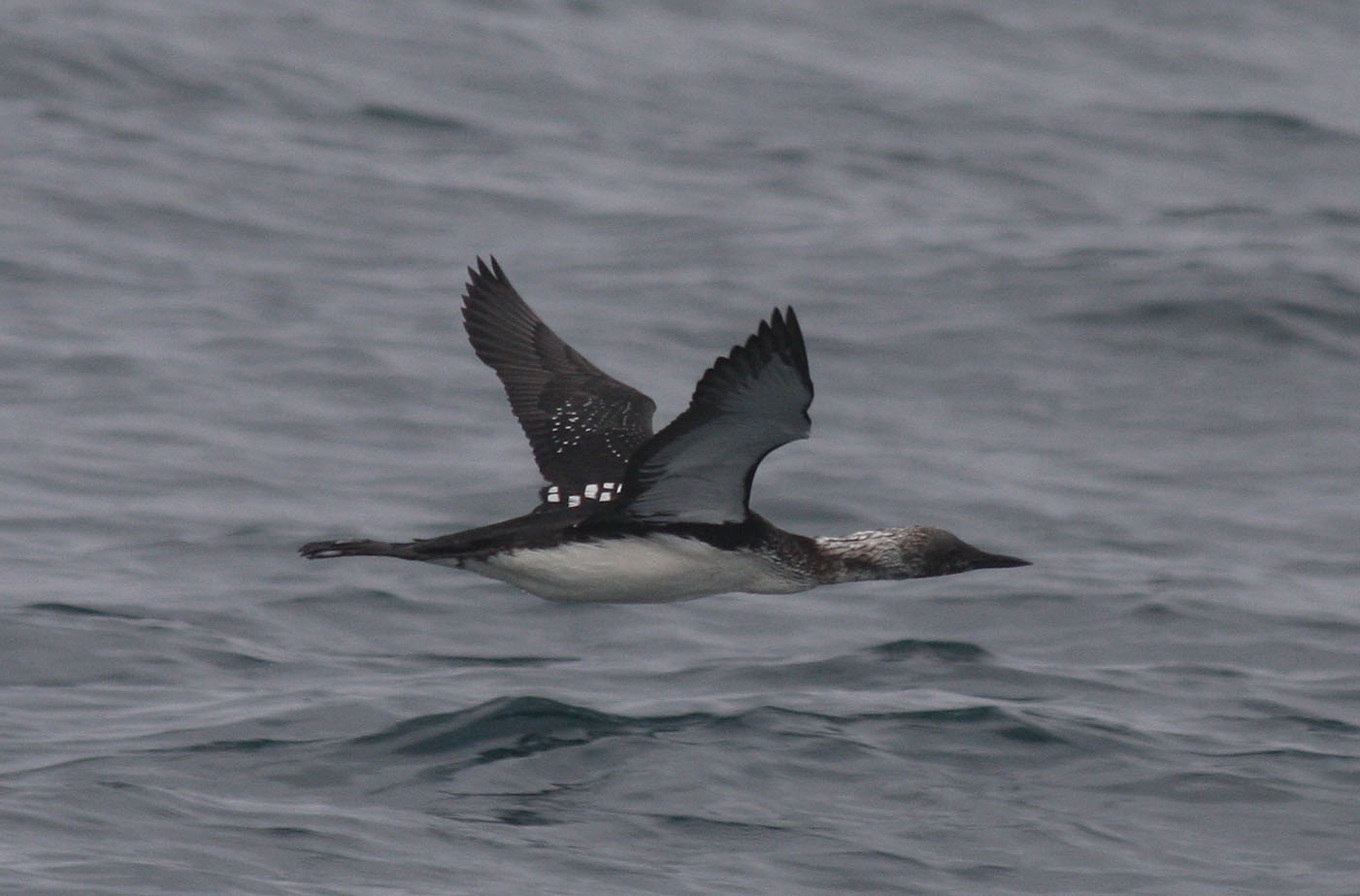 Click on “continue reading” to see the species, duck facts, and a range map:

This is probably North America’s most abundant loon (family Gaviidae), passing along the Pacific coastline in large numbers as the birds stream northward in spring to their breeding grounds in the high Arctic. The Pacific Loon is distinguished (with some difficulty) from other loons by its bill, which is less heavy than that of the Common Loon (Gavia immer) but larger and straighter than that of the Red-throated Loon (Gavia stellata). [See posts for the last two weeks.]  Like other loons, in flight this species has a distinctive hump-backed silhouette.  Also in its distinctive flight silhouette, the neck (plus head) and feet of the bird protrude in a straight line fore and aft of the body.  Interestingly, the taxi-to-takeoff distance in this species is about 40 meters, and this can limit the size of freshwater lakes on which it can spend the summer months.  In the winter, this species prefers deep waters of bays and the open ocean.   When swimming, the neck of the non-breeding juvenile bird has a distinctive sharp line of demarcation between the white throat and the dark hindneck.

Here’s a range map from the Cornell Bird Site, and below that is some lagniappe: 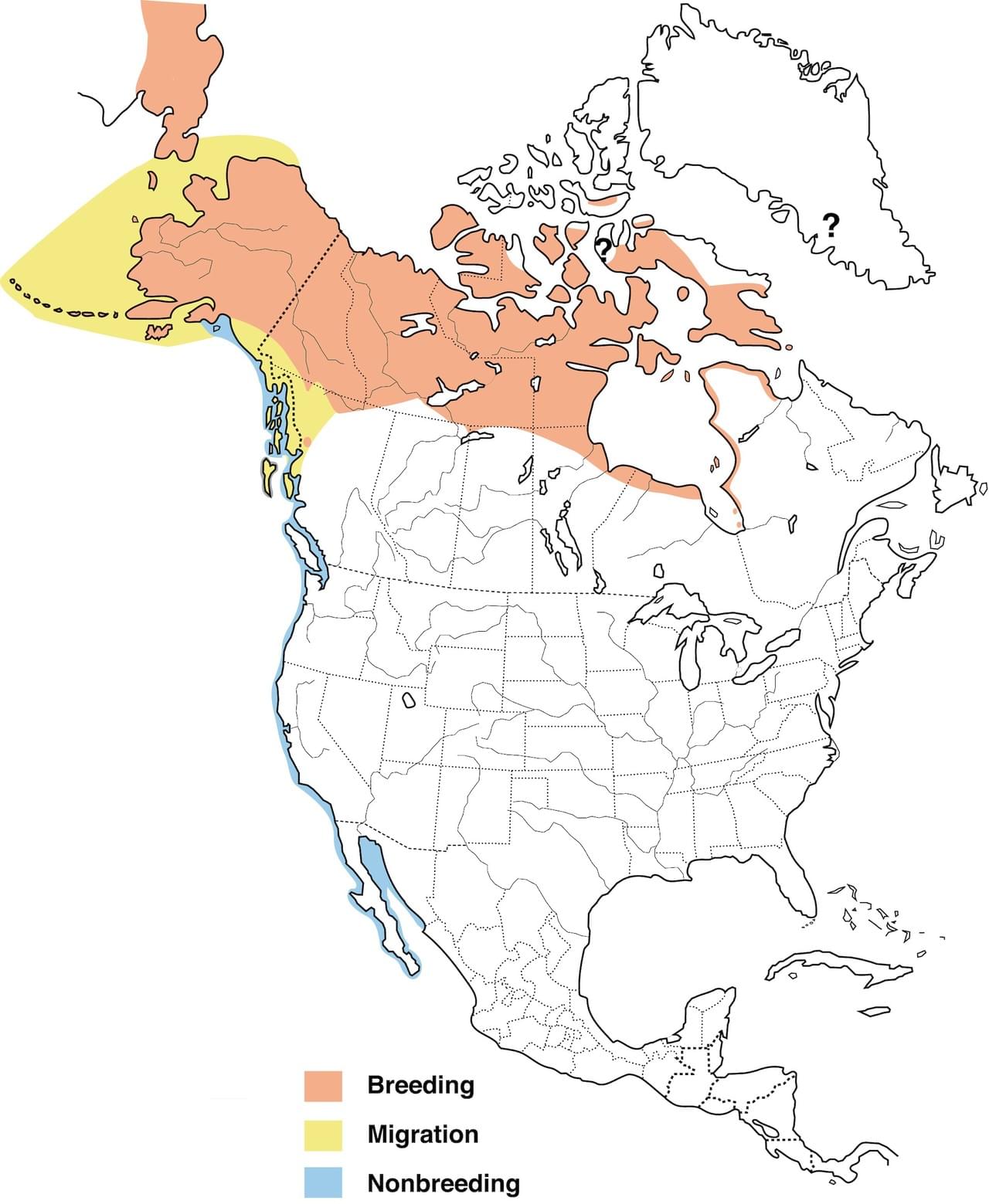 Lagniappe: On December 27, John posted photos of the red-throated loon (Gavia stellata), but added, “Both sexes have a red throat during the summer season, but I’ve never photographed (nor even seen) a bird in this more colorful breeding condition.”

Jacques Hausser of Switzerland filled this lacuna with the picture below:

I have some pictures of red-throated loons in breeding plumage, not outstanding but acceptable (one is hereunder, you can see the colored throat on the bird to the left). These photos were taken in the Shetland Islands, more precisely on lake Funzie, Fetlar Island. 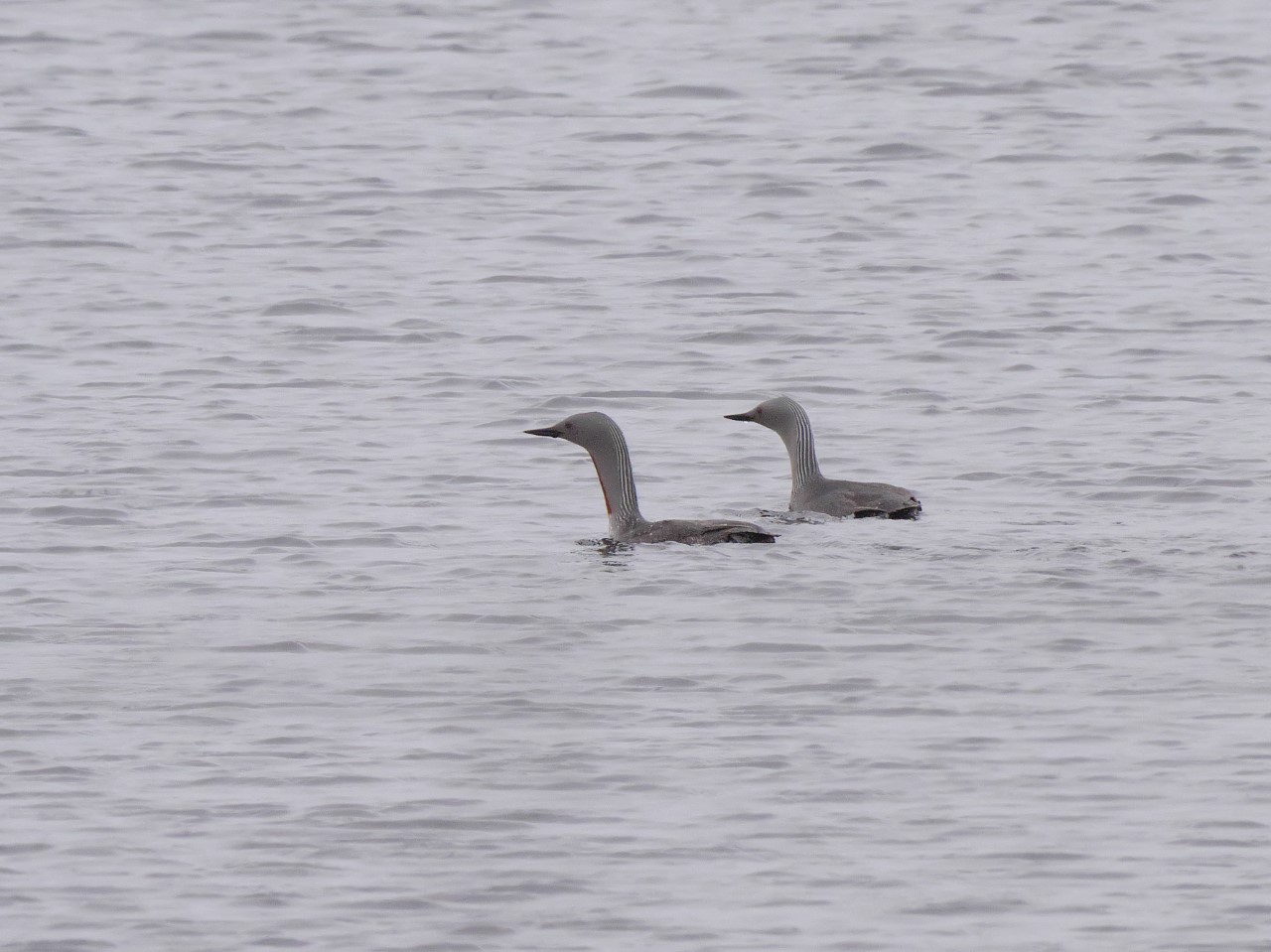 Here are the same birds doing their courtship ritual: 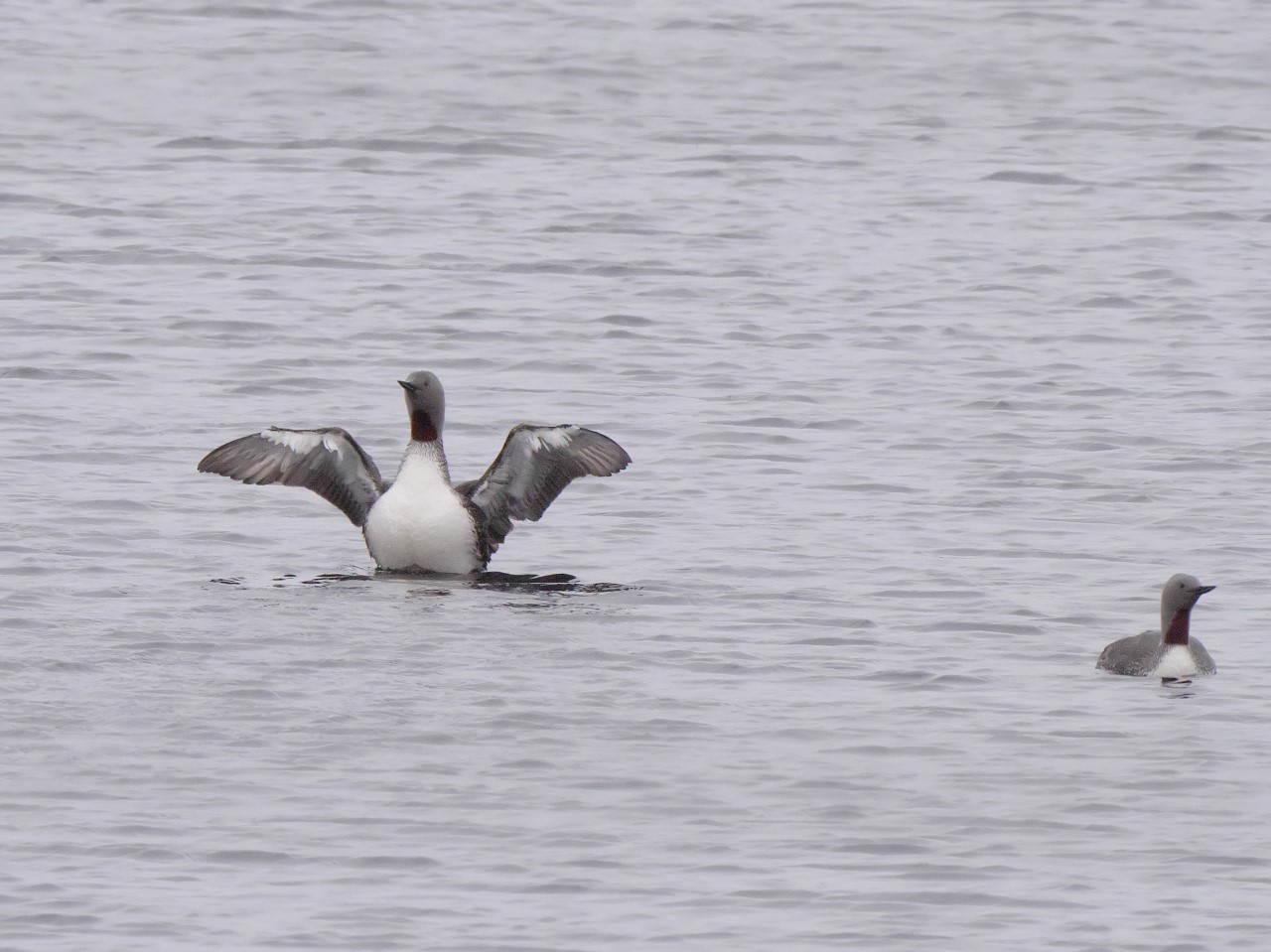 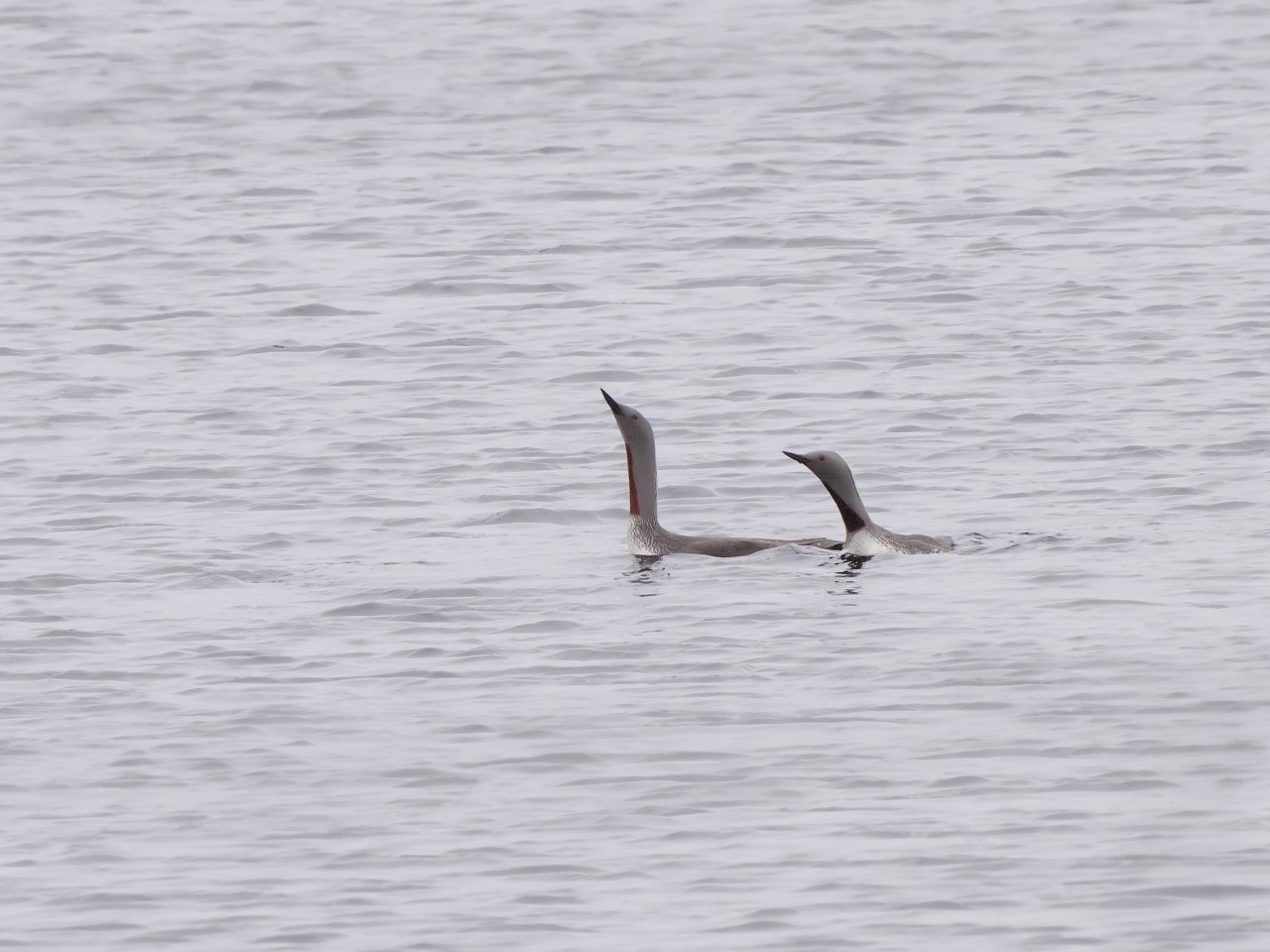