It’s been a weird duck year in many ways: Honey’s return followed by her kidnapping of an entire brood (Dorothy’s); Dorothy’s re-nesting and raising of six healthy ducklings; my having to capture an entire brood before it was killed by Honey, then sending it to rehab; a woman trying to release three huge, flightless, and domesticated Rouen ducks in the pond (she was stopped by me); and then the late-season arrival of dozens of mallards, accompanied by three wood ducks (Aix galericulata): Frisky, Blockhead, and Ruth.

When I stopped feeding them, they left, and for a while there were no ducks. Now, when the pond is largely frozen but we have a bit of open water, one to six ducks visit the pond every day or so. When there are only a few, I will feed them, as they’re obviously overwintering in Chicago, like many mallards this year. (See Greg’s post, just before this one, about mallards overwintering farther north.)

Today we have one hen, whom I’ve named Quackers because she quacks plaintively when she sees me. She’s been here two days, but had five companions yesterday. I hope she’ll leave, but she seems comfortable for the time being, despite most of the pond being covered with ice. I give her plenty to eat, as she needs fuel to keep warm.

Here’s Quackers being a Dali duck (that’s what we call ducks who hang over the edge like Dali’s watches): 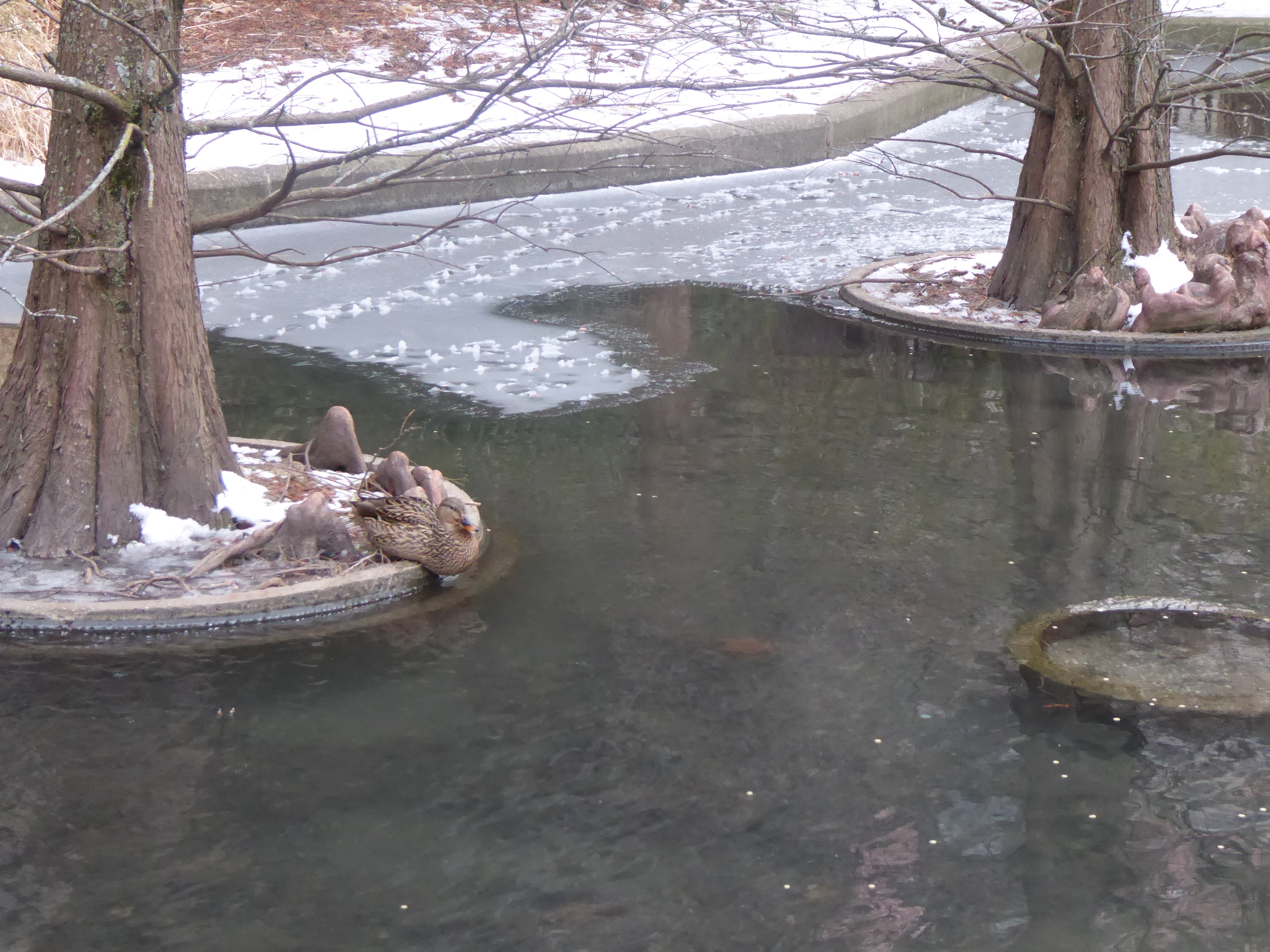 Quackers is in good shape and, from the pattern on her bill, is clearly not Honey: 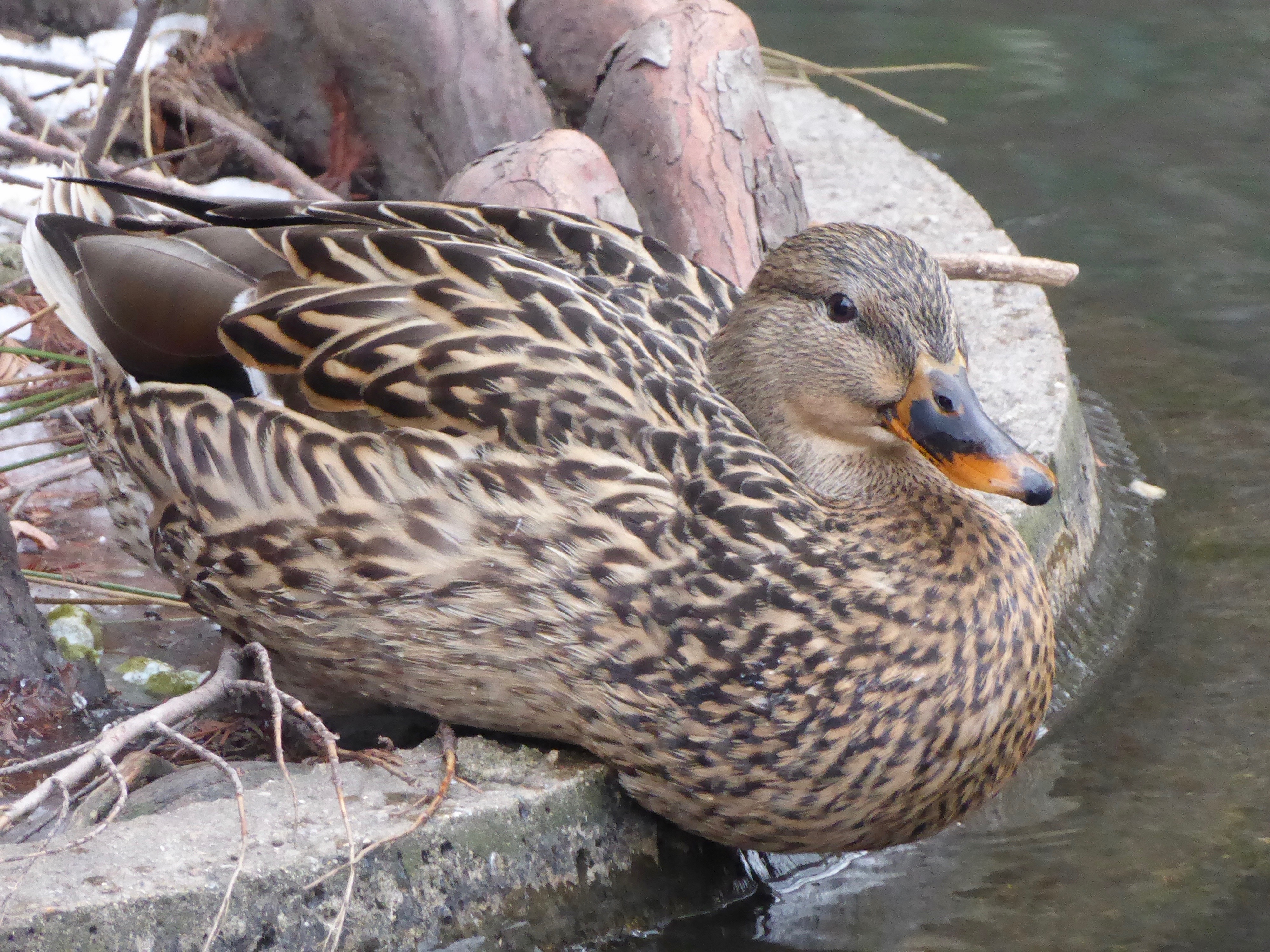 Quackers swimming and eating her duck pellets. That water is wicked cold, as I discovered when I put my hand in it the other day, but ducks are well insulated. They also have countercurrent blood flow in their legs and feet so they won’t lose too much heat. Note the footprints: 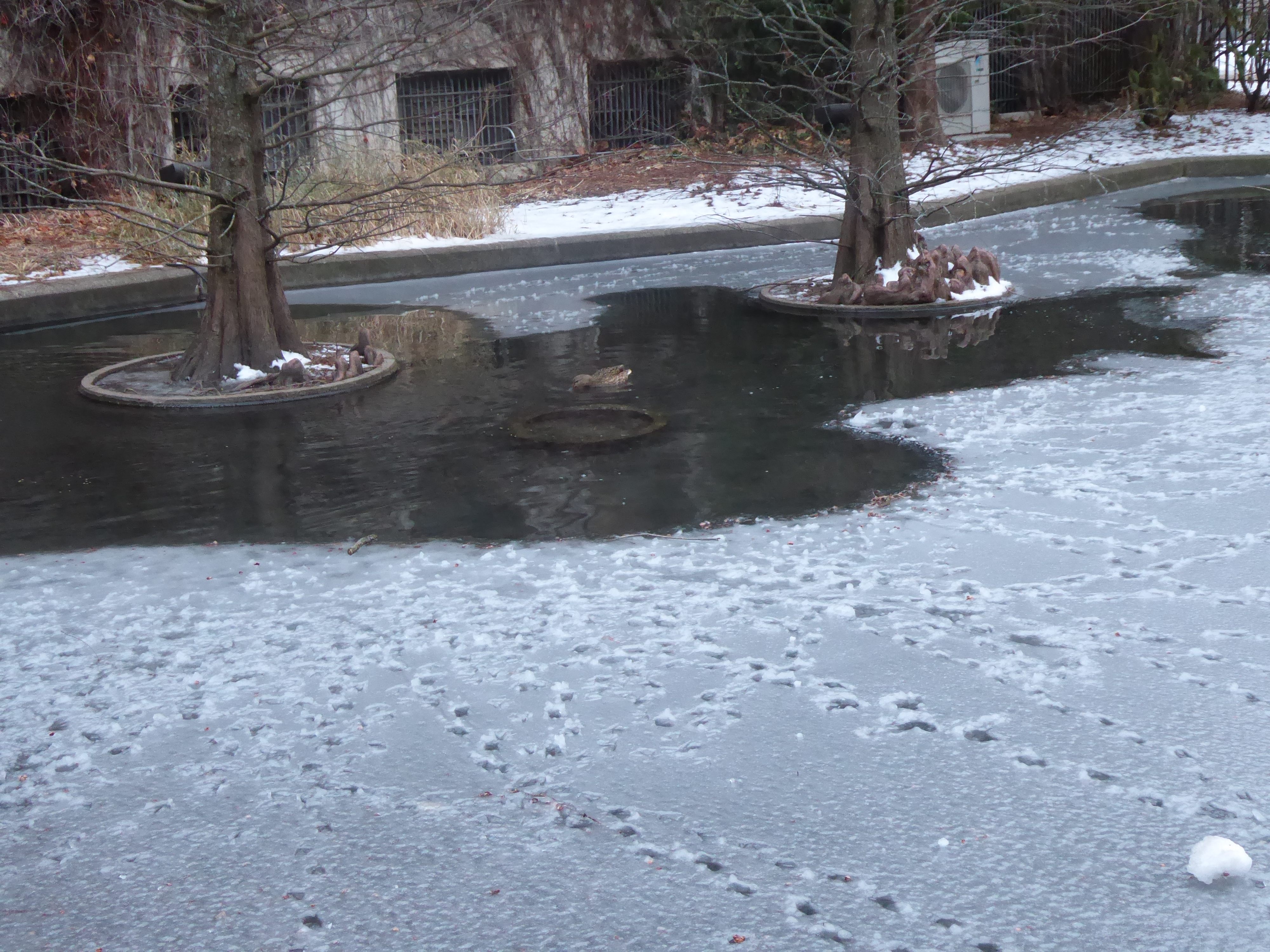 Duck footprints all over the ice and snow: 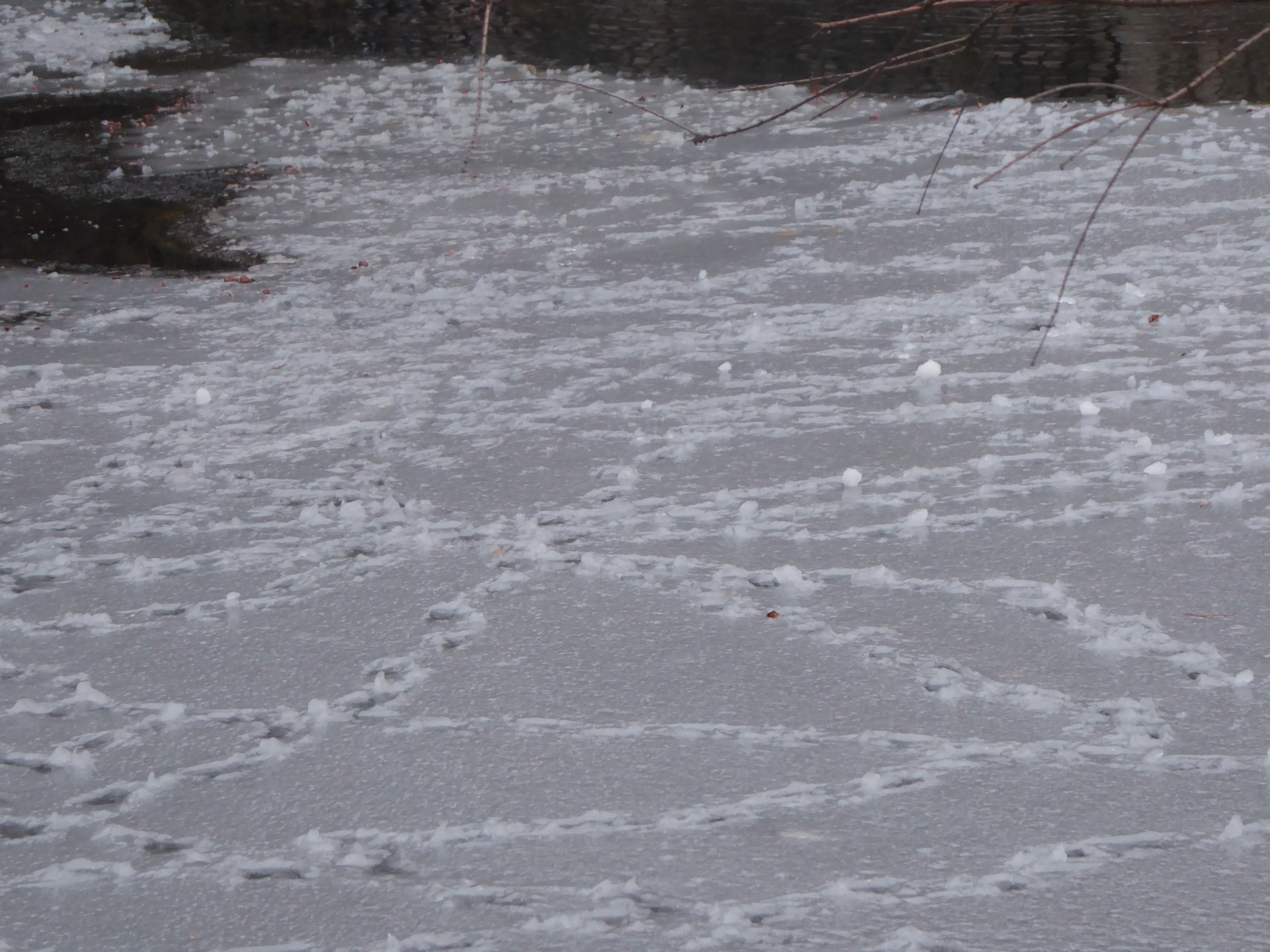 On the soft snow, you can see impressions of the whole foot: 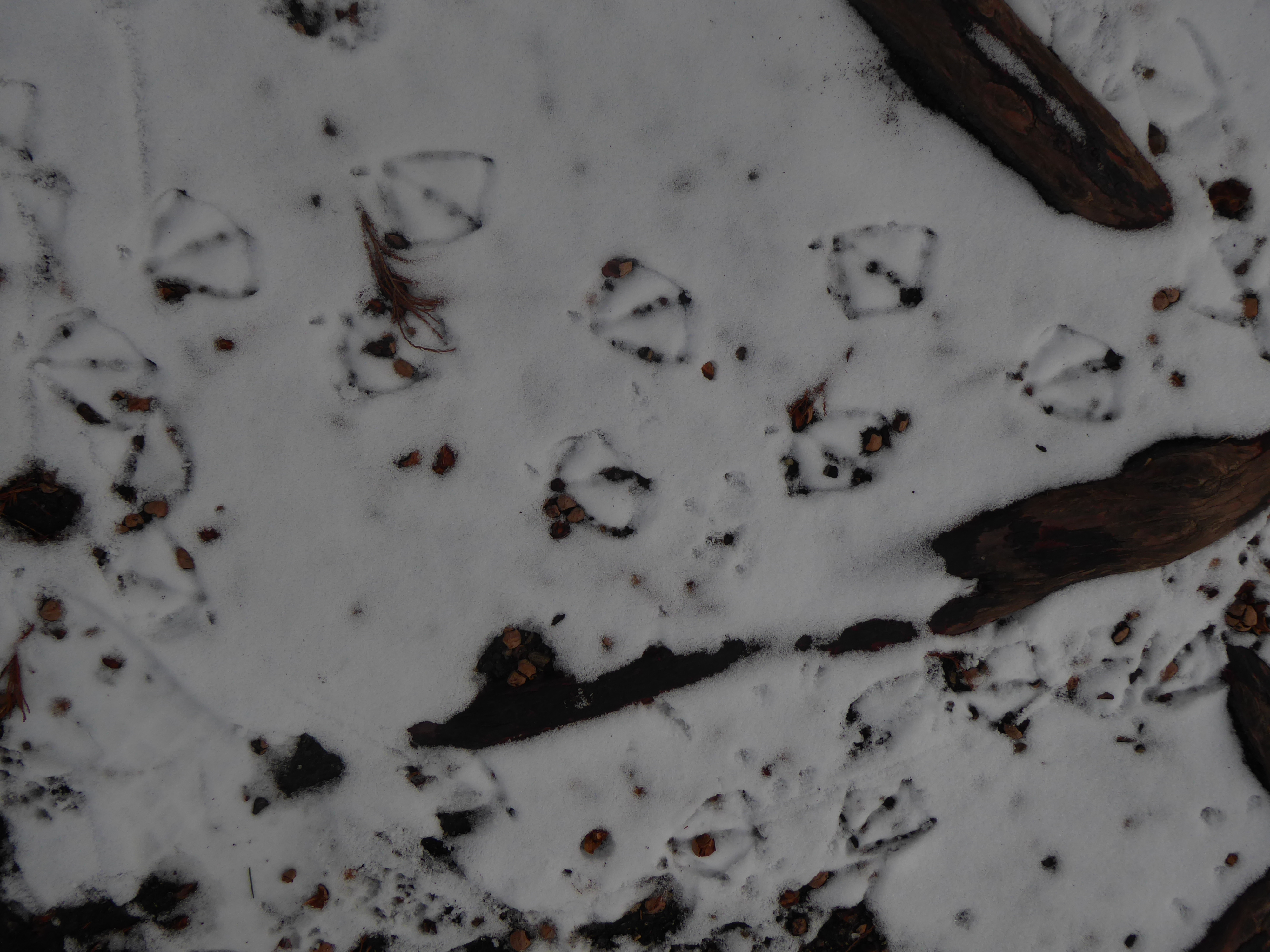 On the ice, where the webbing doesn’t leave an imprint, you can see impressions of the three weight-bearing toes: 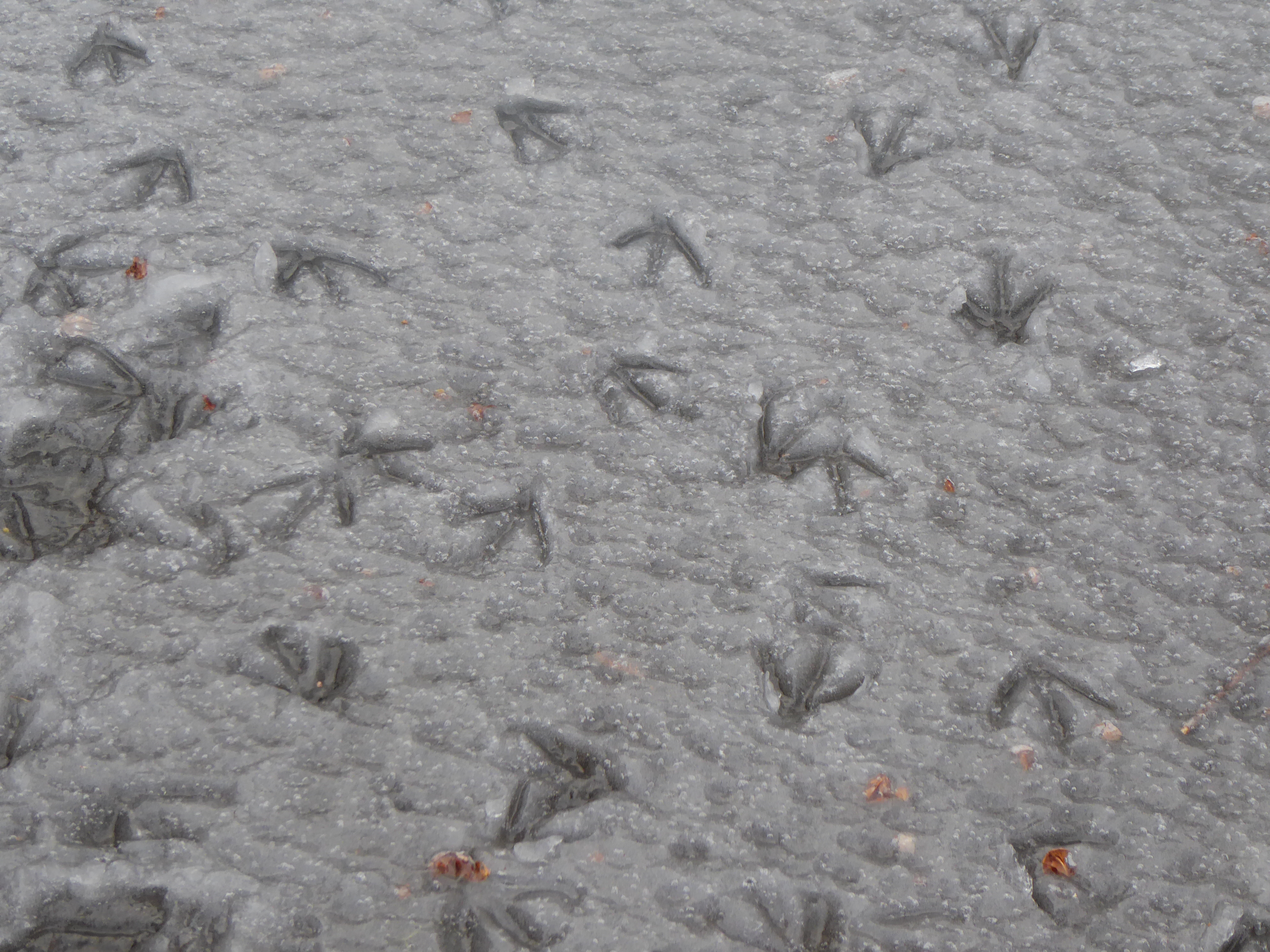 And just to reprise some highlights of the season, here’s Frisky canoodling with Ruth: 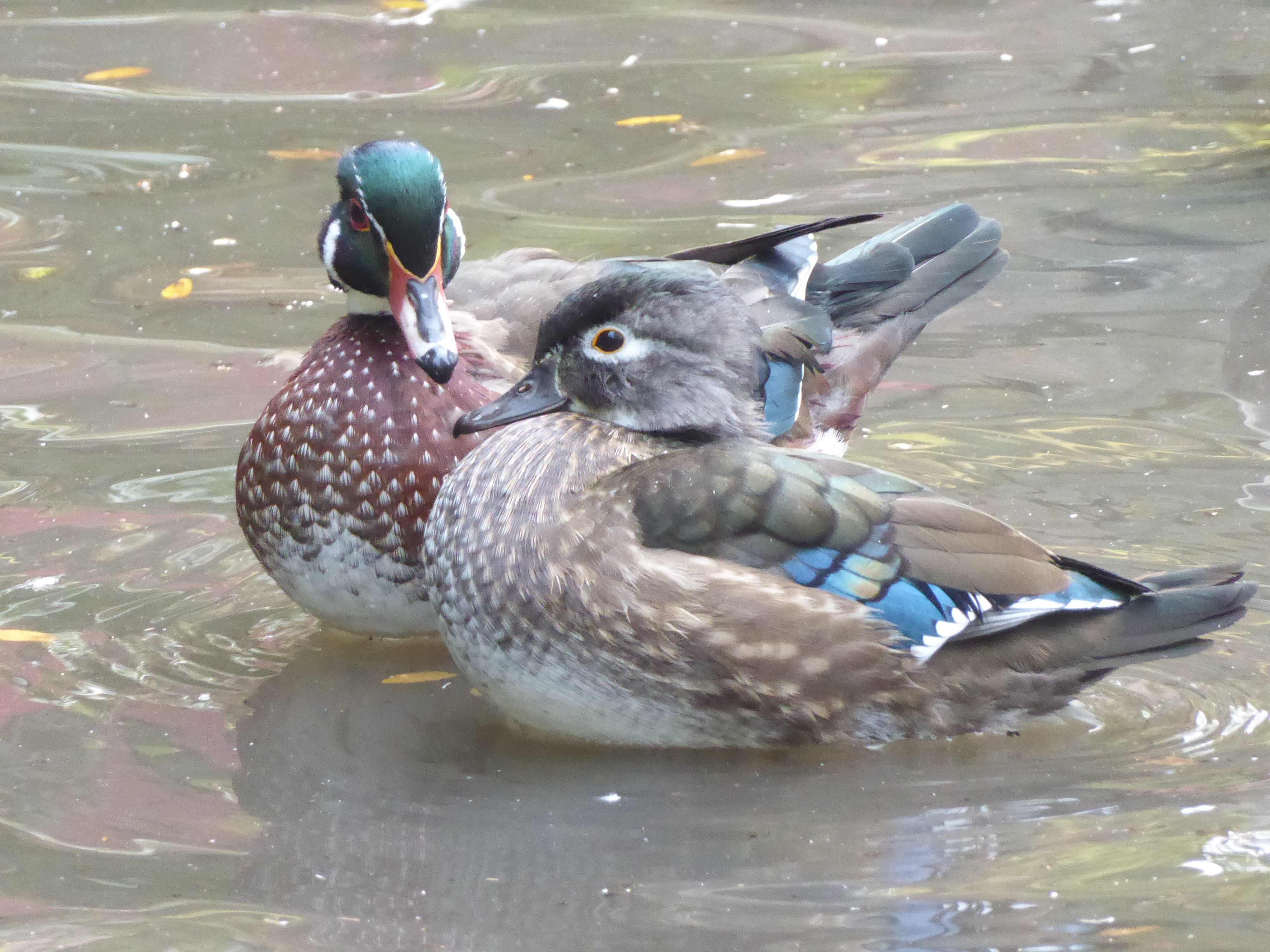 And Honey with her supplemented brood (I believe you can count all 17 ducklings here): 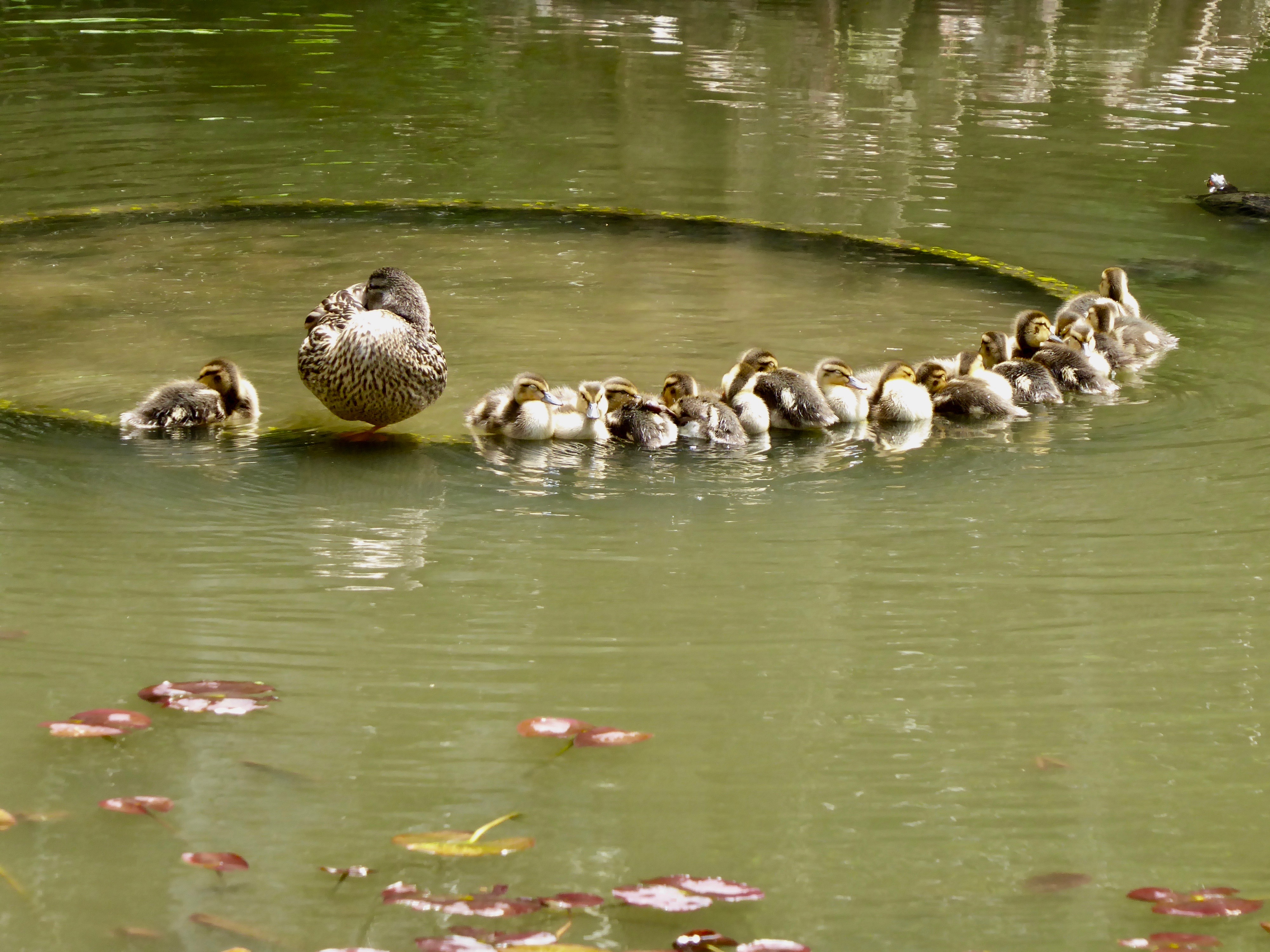 A bit older. She raised seventeen this year, only half of which were hers: 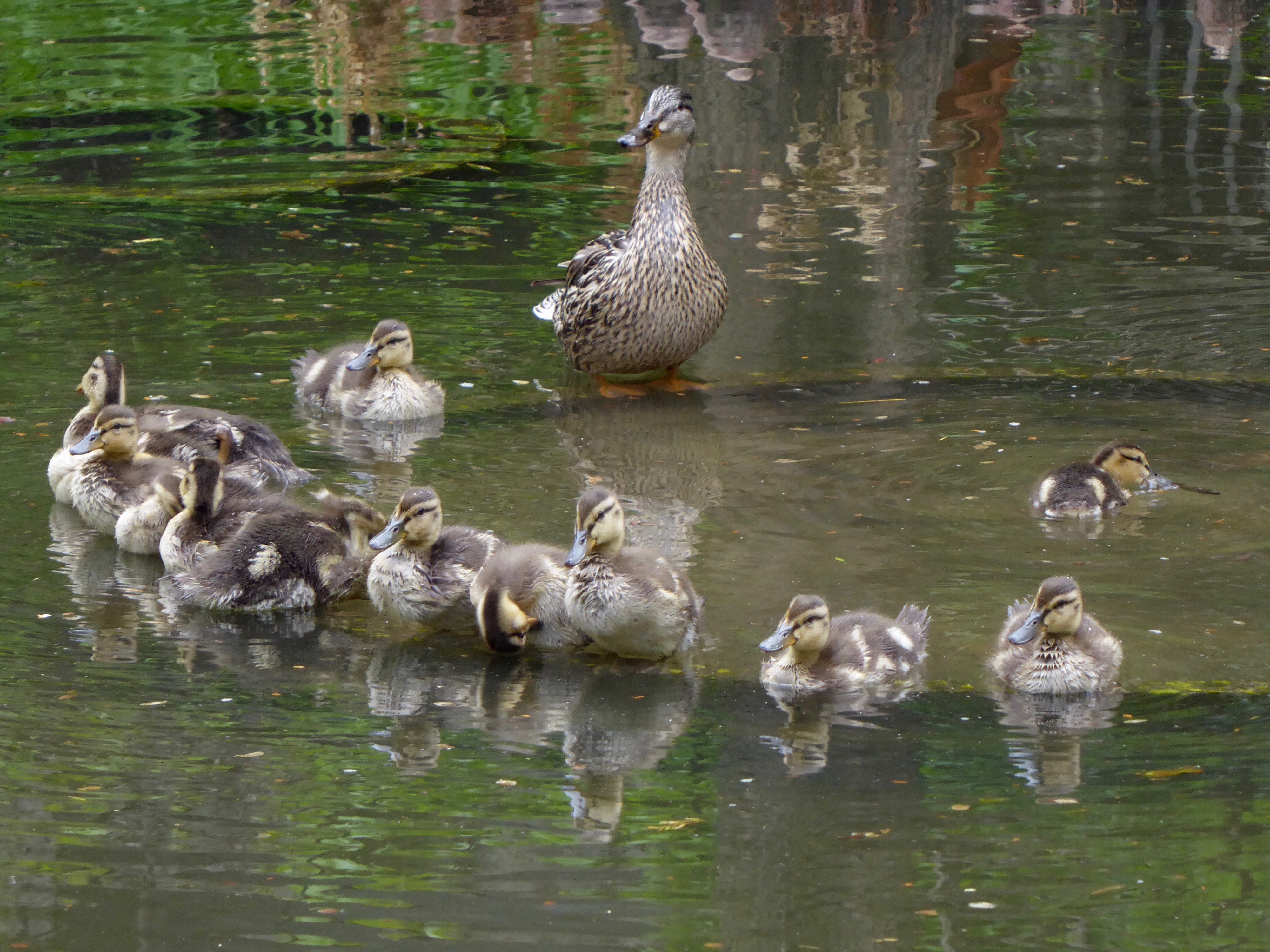 And that’s it for 2020, folks. I’ll be back tomorrow, but posting may be light as your host rests on the holiday.