Today’s contributor is Tom Collins, who sent some photos of bald eagles (Haliaeetus leucocephalus). Tom’s captions are indented, and he also provided info about the photographic exposures. Click photos to enlarge them. 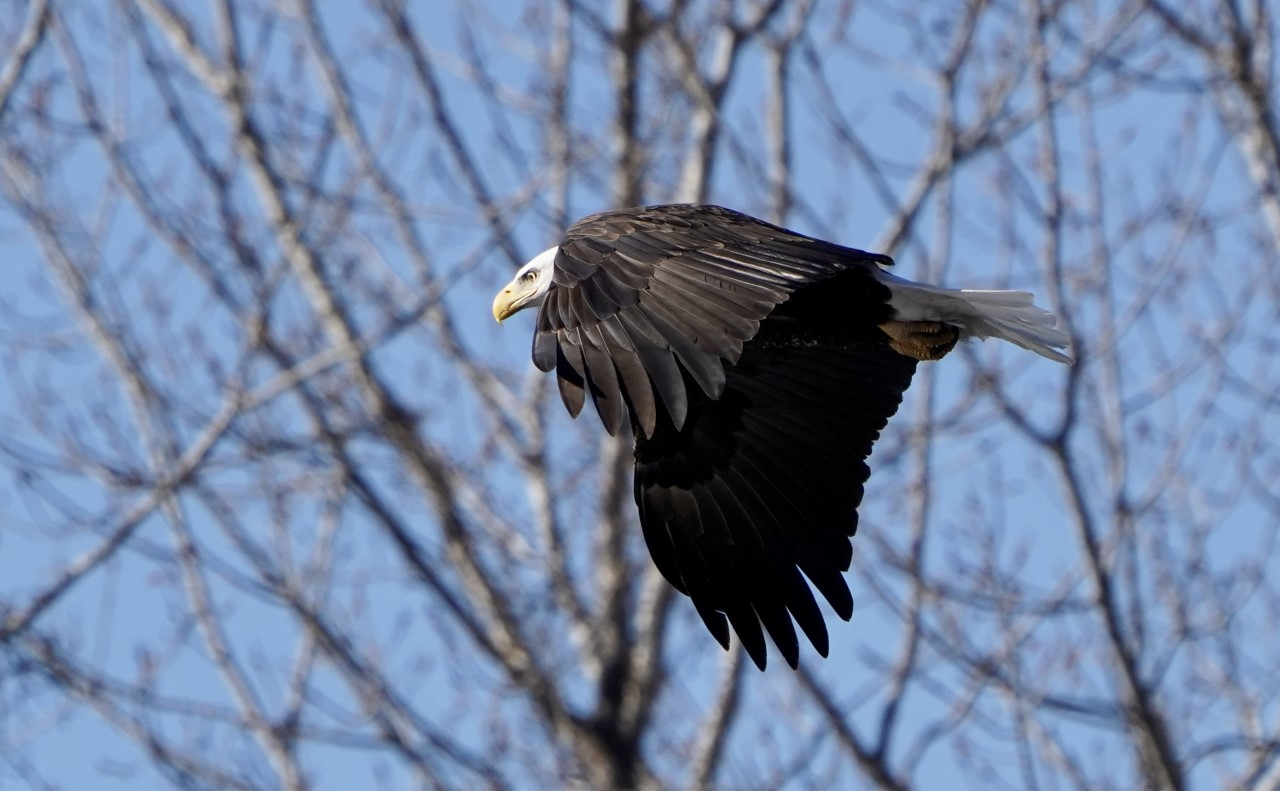 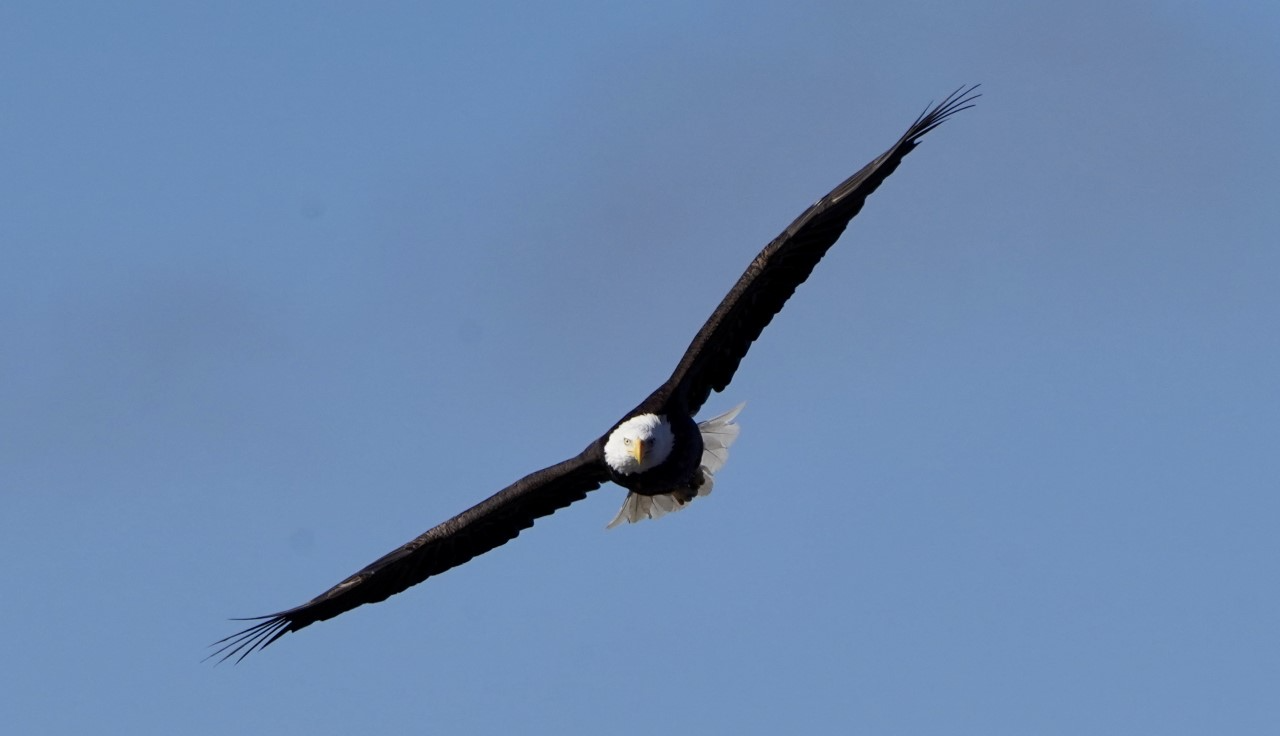 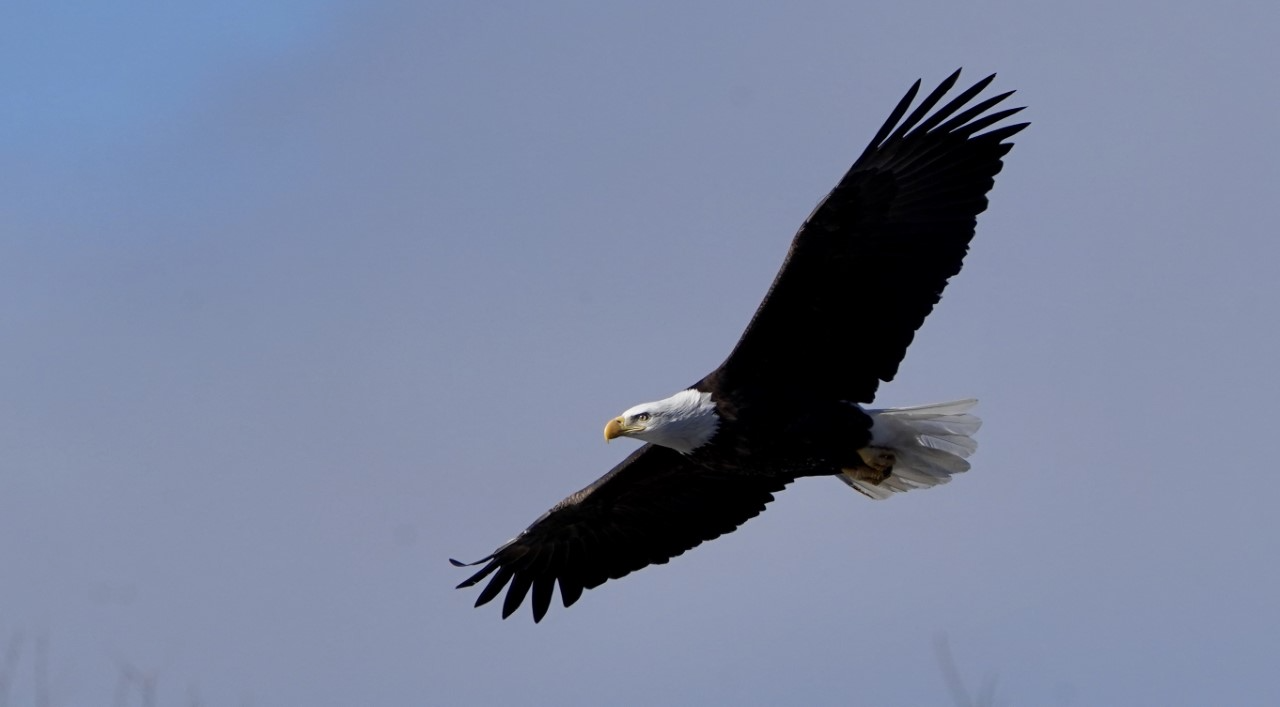 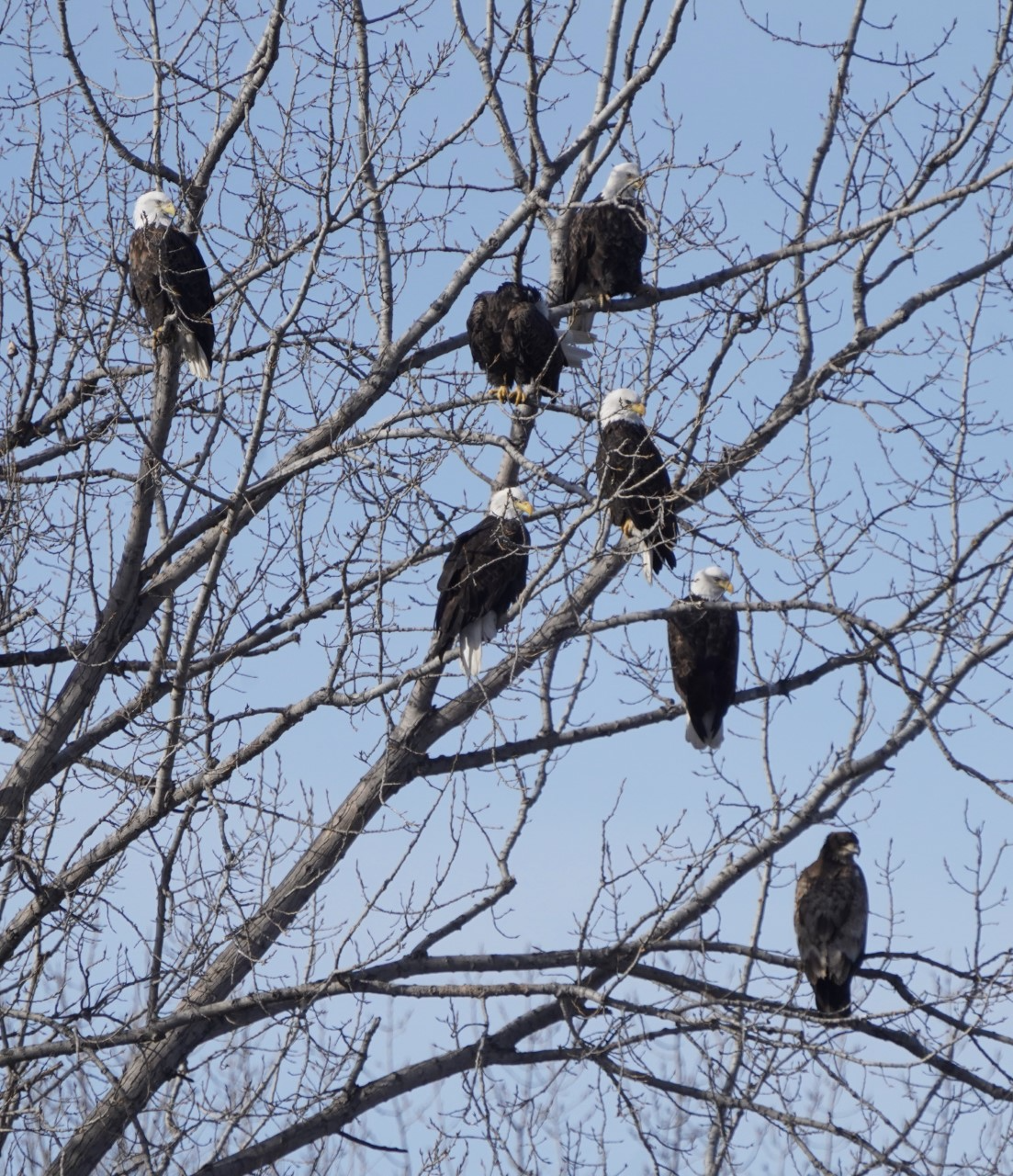 This photo was taken October 18, 2020 down the hill from my house along the Des Moines River with too slow of a shutter speed (1/1000s), ISO 500, 840mm, f/9. I think this is a male about to take off with a female to his right. The female seemed to have a deeper beak than the male although you can’t tell it in this photo, and appeared larger in size. 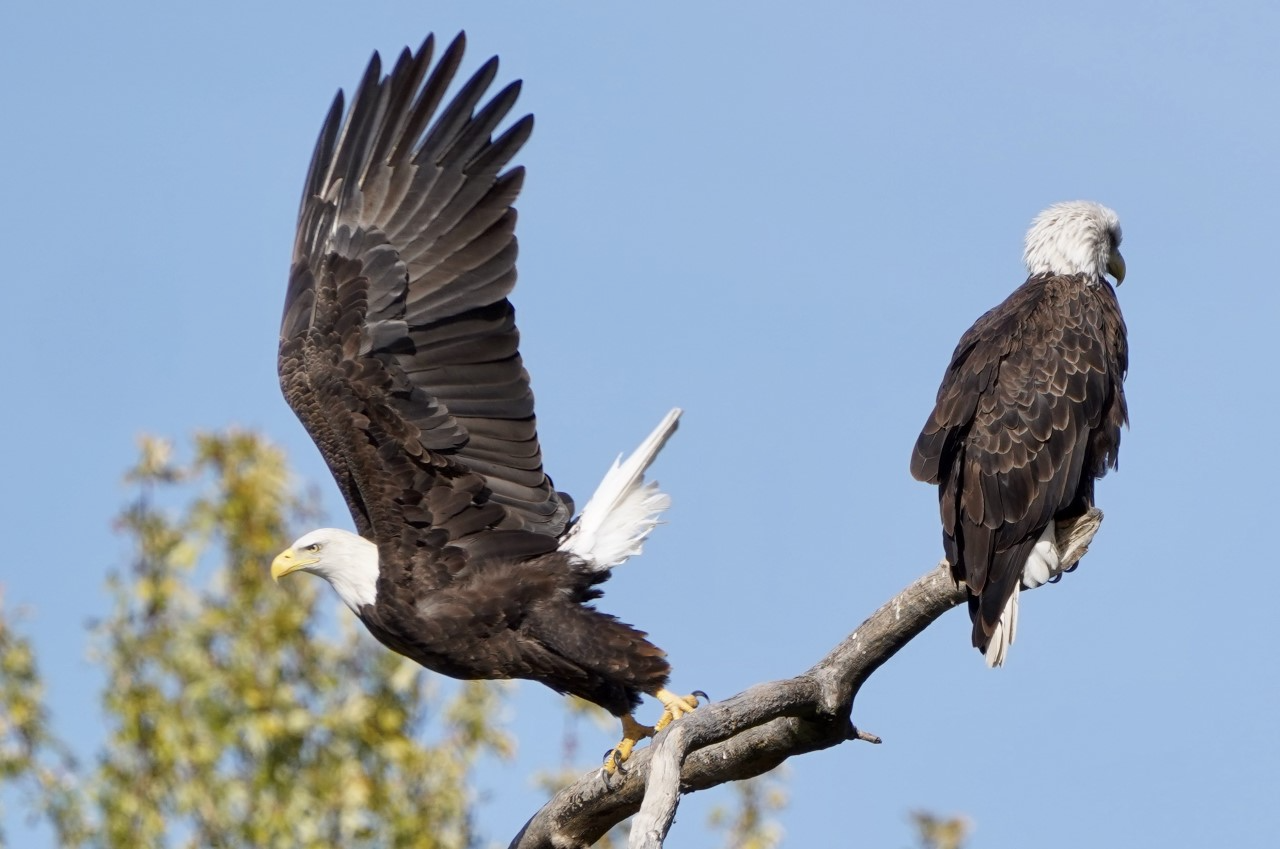