It’s the end of the week: Friday, December 11. 2020, and 2021 is coming on us like gangbusters. It’s National Noodle Ring Day, a concoction of noodles, eggs, cheese, and past a cooked in a ring mold, comme ça: 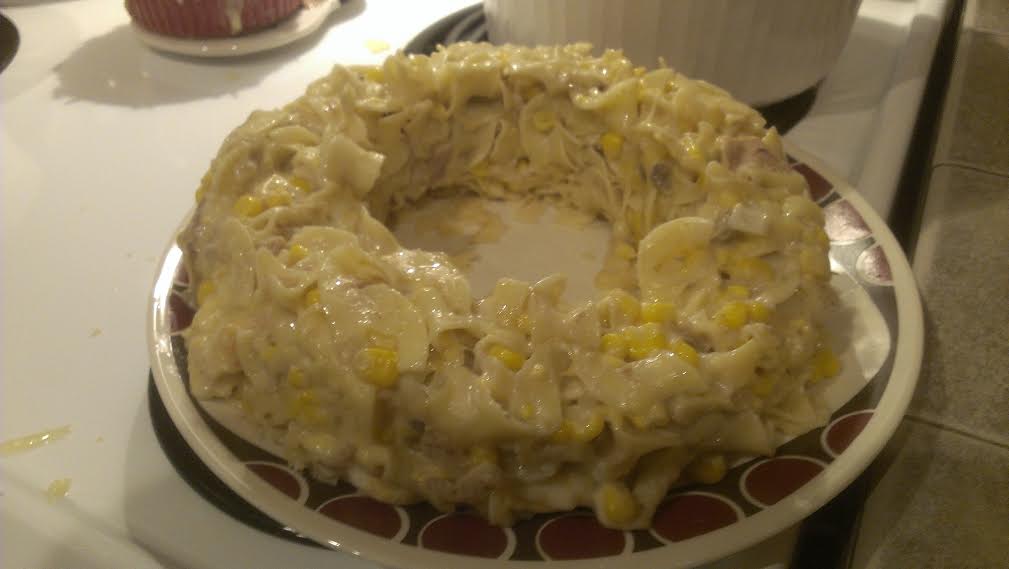 Not very appetizing, eh? As one of my friends used to say when faced with a dish like that, “Are you gonna eat that? Or did you already eat that?”

And once again it’s National Have a Bagel Day (without the scare quotes around “have a bagel” this time), a day that seems to have occurred three times in the last week.  It’s also International Mountain Day, and the first full day of Hanukkah, which began last night and lasts until sundown a week from today. (Remember, too that the sacred festival of Coynezaa begins on December 25 and lasts six full days.)

I’m quite dispirited today so posting may be light. As always, and like Maru, I do my best.

According to HuffPost (and those three words alone should make your toes curl), the “progressive” Democrats are already kvetching about Biden’s cabinet choices. Either they’re not “diverse” enough (I think he’s done a good job with that), they’re old and we need “fresh voices,” or Biden knows them (“cronyism”). As Ricky Nelson sang in “Garden Party” (remember that?), “You can’t please everyone, so you got to please yourself.”

“Cut and married in droves”: the NYT reports on an epidemic of genital mutilation and child marriages in Kenya (sometimes the “brides” are 10 years old or younger), a plague exacerbated by social unrest accompanying the pandemic.

By now you know that yesterday the FDA advisory panel voted 17-4, with one abstention, to recommend approval of the Pfizer Covid-19 vaccine. I’m writing this on Thursday evening; by Friday morning I expect the FDA to approve it, and the jabs to begin on Monday. I expect every man, woman, and other on this site to get their shot unless they have a good medical reason why not.

Things are getting really bad, and just when vaccination is starting up (the deaths on 9-11 were 2977, and if we have 3,000 deaths per day for 60 days (the lower estimate below), the total toll will be 473,000 at the end of that period—a figure that was unimaginable last spring. Half a million deaths!

Stuff that happened on December 11 includes:

But the Great Seal simply swam away. (I’ll be here all year, folks.)

Here’s the declaration of war on Japan (yes, it is a document): 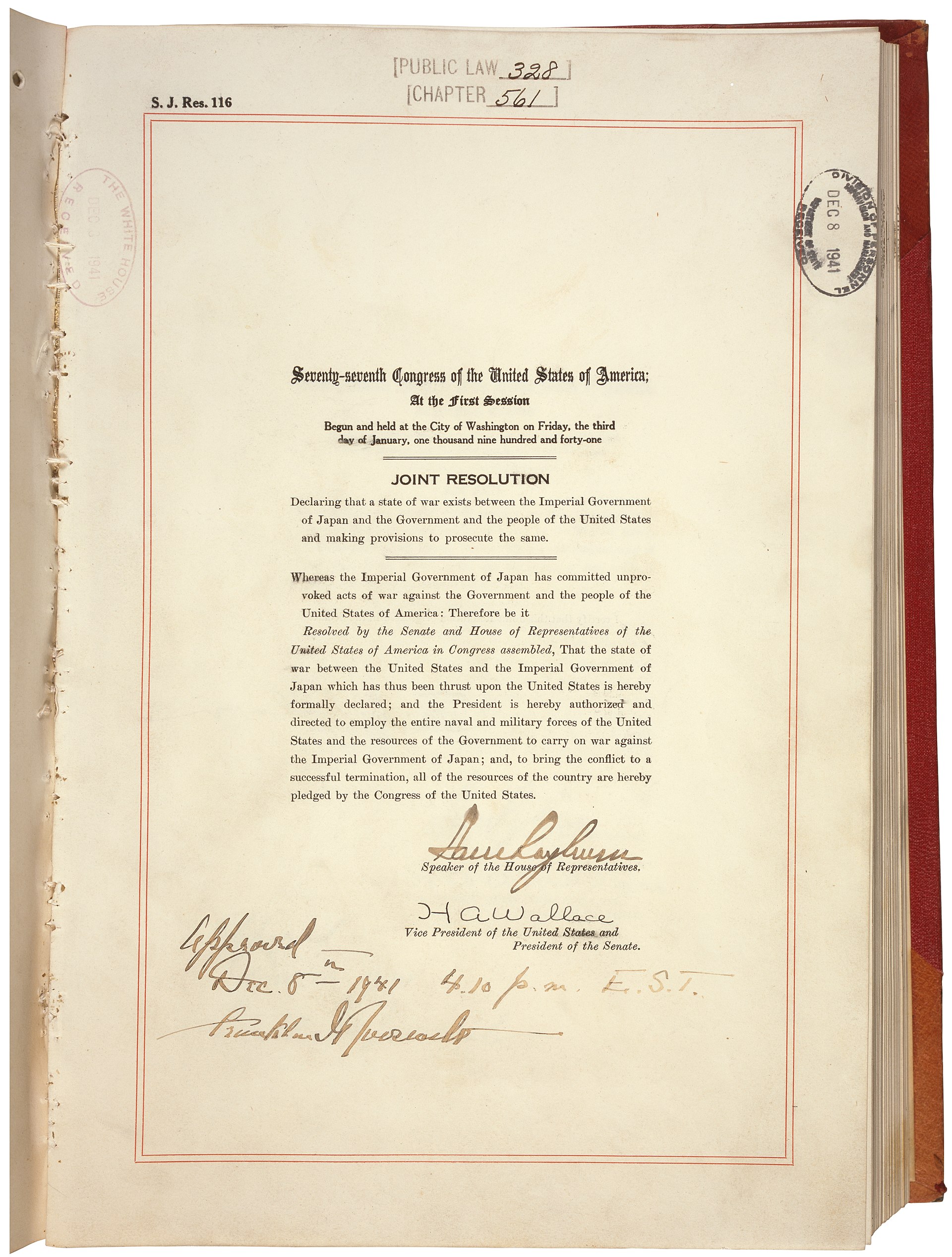 Here’s Che speaking in his fatigues to the UN. 2½ years later he was killed while fomenting insurrection in Bolivia. He was 39.

October 10, 1967: Guevara’s body is displayed the day after his execution: 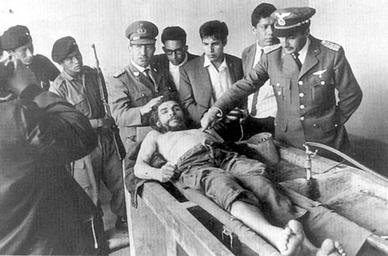 That mission had a lunar rover, driven here by Eugene Cernan:

He died on his birthday. As Wikipedia notes:

Kamehameha V did not name a successor. He died on December 11, 1872, while the preparations for his birthday celebration were underway. As Lot [his given name was Lot Kapuāiwa] lay bedstricken, he answered those that came to visit him: “The Good Lord cannot take me today, today is my birthday”

But the Lord works in mysterious ways.

Koch, below, won the Prize for discovering the bacillus that caused tuberculosis, but he also discovered the causative agents of cholera and anthrax, and did much more in microbiology. 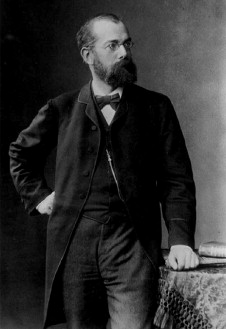 Lee was only 4’9″ tall, which is why she’s called “little” in this video. But she had a huge voice:

Wikipedia left out that Charpentier is now a Nobel Laureate, who won with Jennifer Doudna this year for the CRISPR-Cas9 system. There’s a footnote to that effect (the “8”), but Nobel Laureates are designated in the description, not in a footnote.  We have Wikipedia editors here, so please fix that!

Those whose life was quenched on December 11 include:

Cooke, dead at only 33, was shot in the heart in a motel in Los Angeles; the circumstances were unclear. He wrote and sang what I consider the best civil rights song ever, and one of the best soul songs of all time, “A Change is Gonna Come“:

Meanwhile in Dobrzyn, Hili doesn’t like all the sparrows. Malgorzata explains: “Hili is territorial and rational. She knows that she can’t eat them all and there were so many that she felt it as a taking over of her property.”

Hili: We have swarms of sparrows in the garden.
A: So what?
Hili: I’m thinking whether to chase them away or just to keep looking. 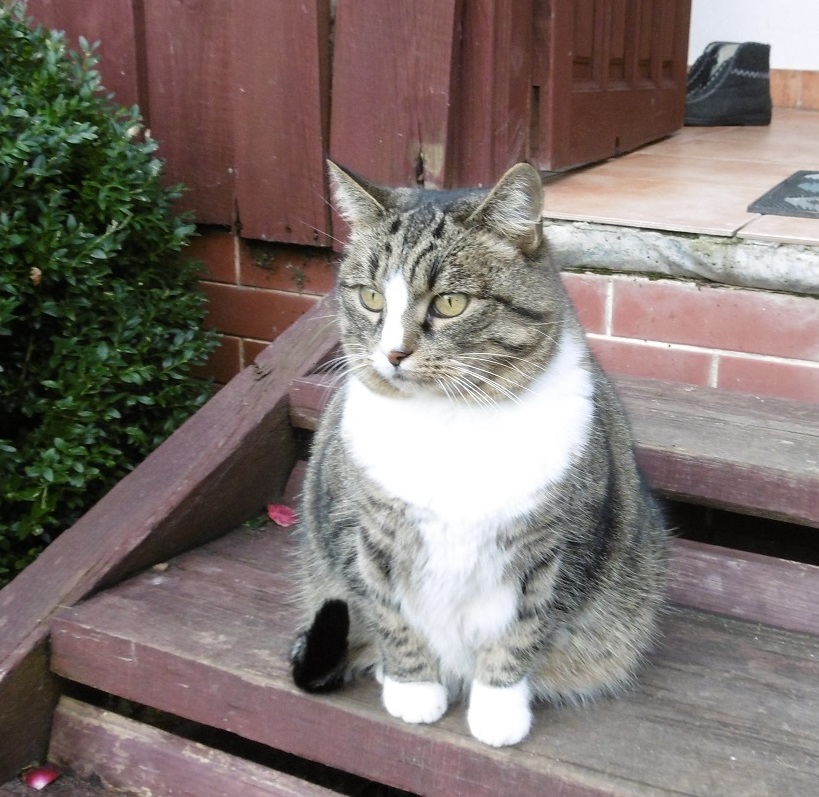 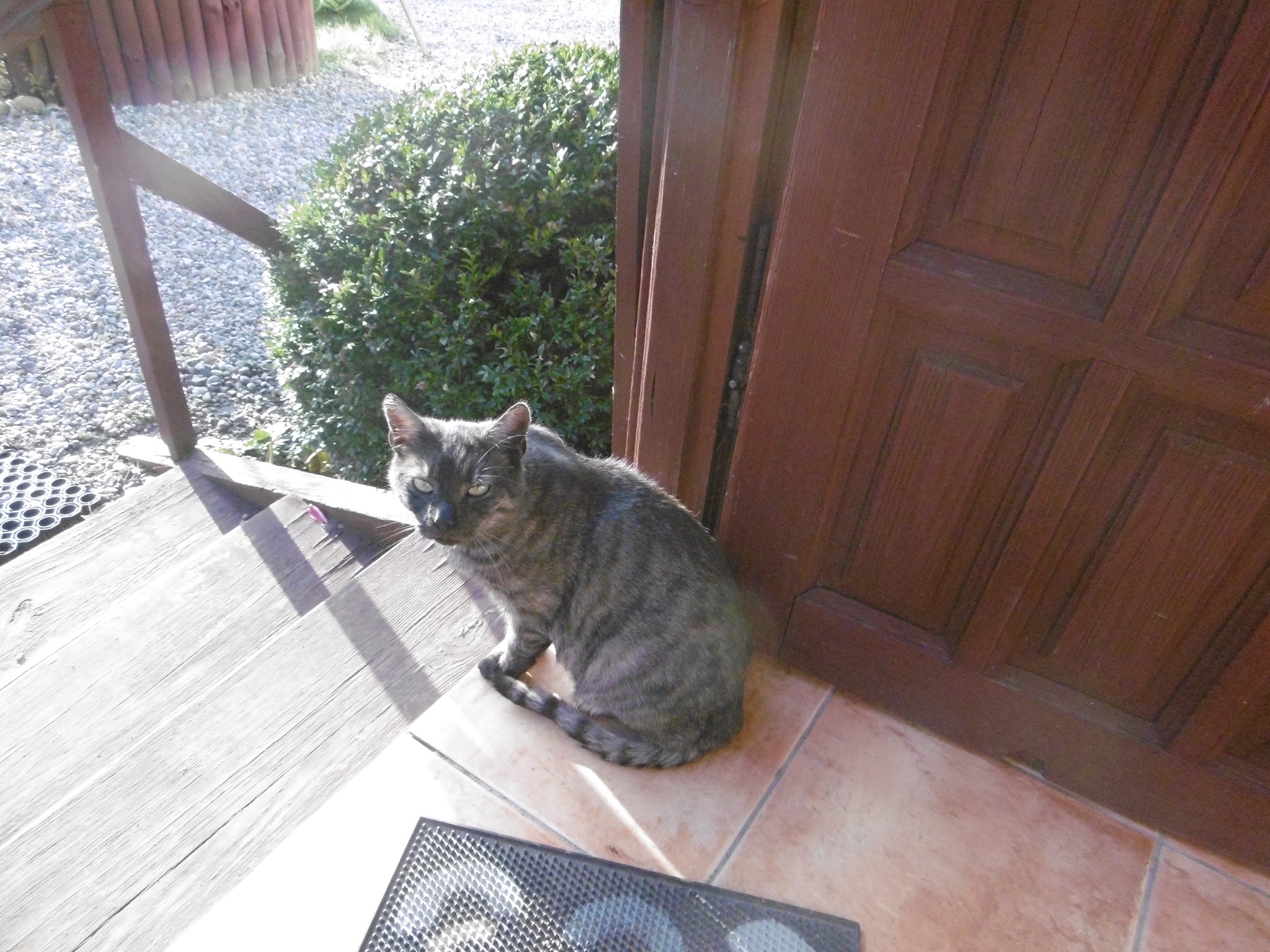 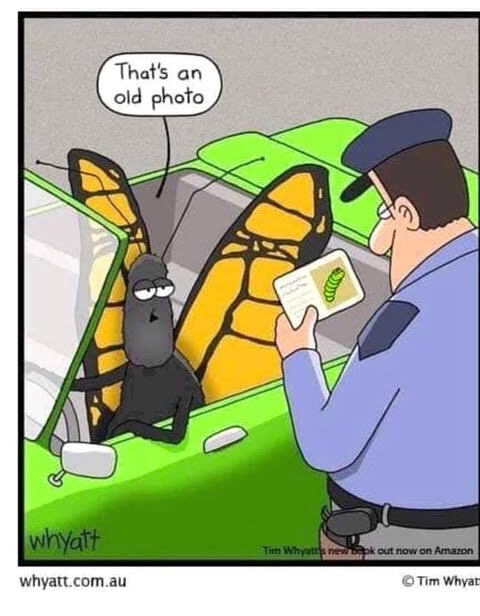 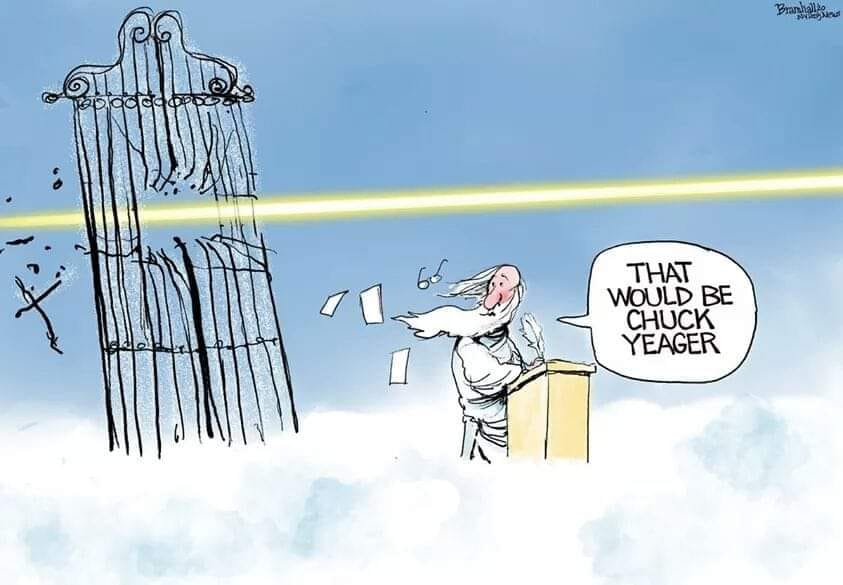 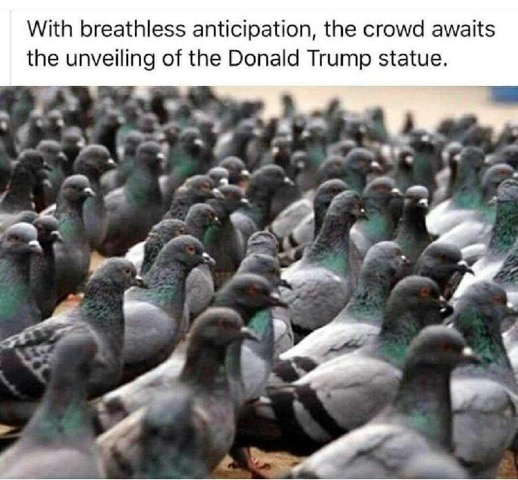 From reader Barry. I’m worried about this animal. What is it? It is deformed or injured? Sound up, because the sound is almost as bad as its appearance. UPDATE: After asking what this is on Twitter, I got an answer, which I put below the tweet

He's also not deformed. That's what they look like.

Also from Barry. You’ll want to read all 8 tweets in the thread to see what the excitement was about:

Thread: A New York Story –On Sunday, I was walking in West Chelsea, and I saw what looked like a gaggle of paparazzi outside a brownstone. 1/8 pic.twitter.com/xhPiGFnU62

From Simon. I didn’t have the cojones to write about this, but my friend Melissa Chen tweeted it. The story is true if you check the links:

Back in my day, when you had one set of rules for a specific racial group and another for other racial groups, we used to call it racism.

We used to openly scorn this.

Either I am old and cranky or this should rightfully be recognized for what it is. https://t.co/1gTlG5kVNJ pic.twitter.com/LW5bZvtWch

Tweets from Matthew, the first one being his own.  Click on the text to see the last three sentences of the excerpt:

Those last 3 sentences are exactly what I have been thinking over the last couple of days. ⁦@bealelab⁩ in ⁦@LRB⁩ this morning. pic.twitter.com/Jxwz1Vbiug

I’ve had cats but never Christmas trees. Do they really do this? Apparently so—unless a bunch of wags are sticking cats into the trees. I guess cats have an innate desire to climb, and Christmas is the only time an indoor cat sees a real tree.

Matthew asks (in caps), “DOES IT HURT?”  I don’t know: what is it like to be a deer? It sure looks gruesome!

I will never stop being fascinated by deer and moose shedding their velvet pic.twitter.com/d5aaRXdGJe

They used to laugh at him. And call him names. So he killed them. He killed them all. pic.twitter.com/uxx6b2sE4e

Okay, what is this thing? Be sure to click on the photo to the right.

The tail spike is reportedly also present in pumas and leopards, but I haven't seen photos of it in those species. The true function of it (if it even has one) is still unknown.