Please send in your wildlife photos, which can include, as they do today, street photography (landscapes are also acceptable). Today’s batch of people photos comes from biologist Joe Dickinson, whose notes are indented:

This is a street musician in Bergen, Norway. 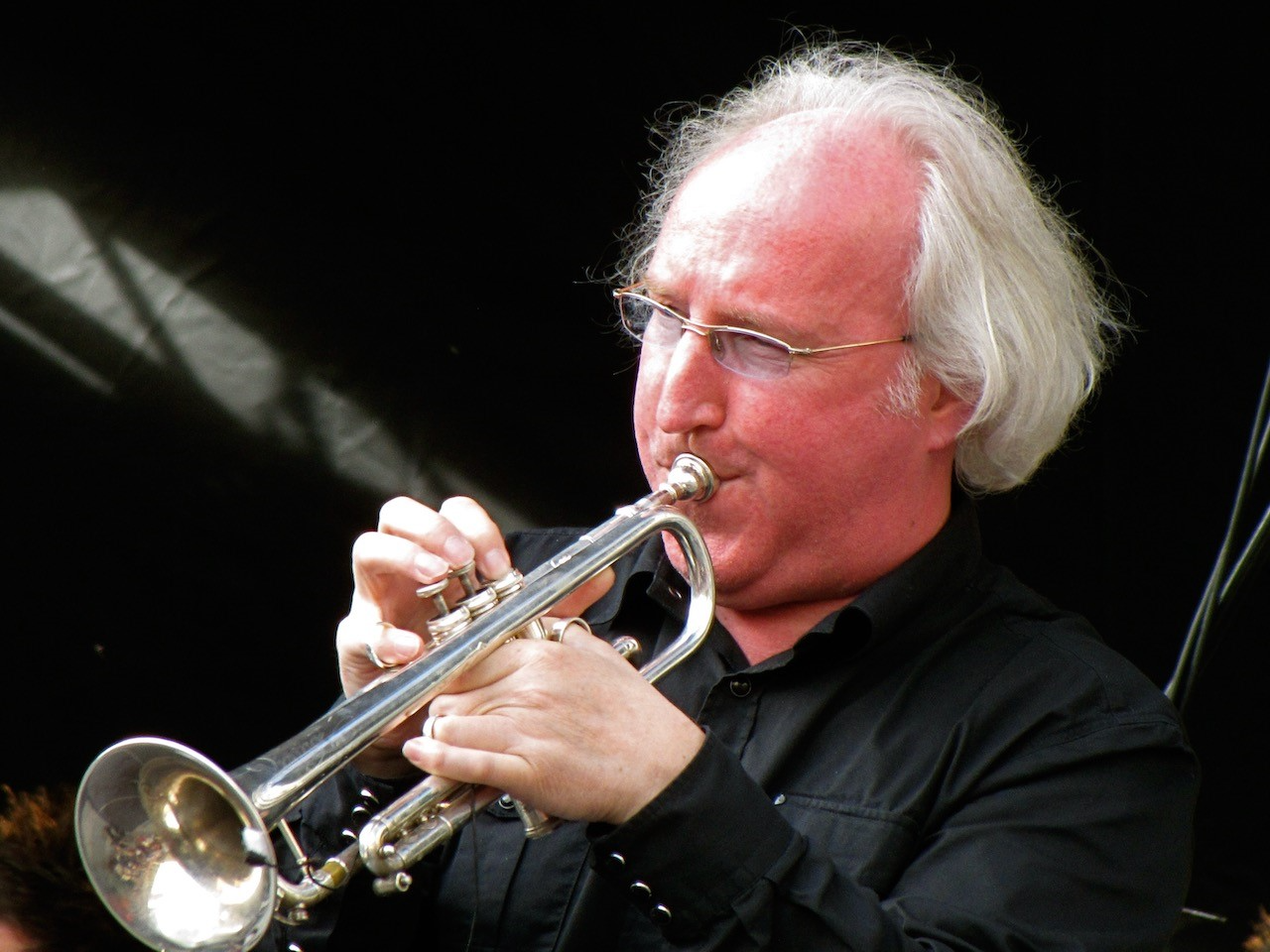 Another musician, this one from a pub in Cliffden, Ireland.  We love the Irish tradition of musicians going to the local pub on a Saturday evening and jamming with whoever shows up.  “Do you know tune X?”  “I think so, hum a few bars. OK, got it. What key?” 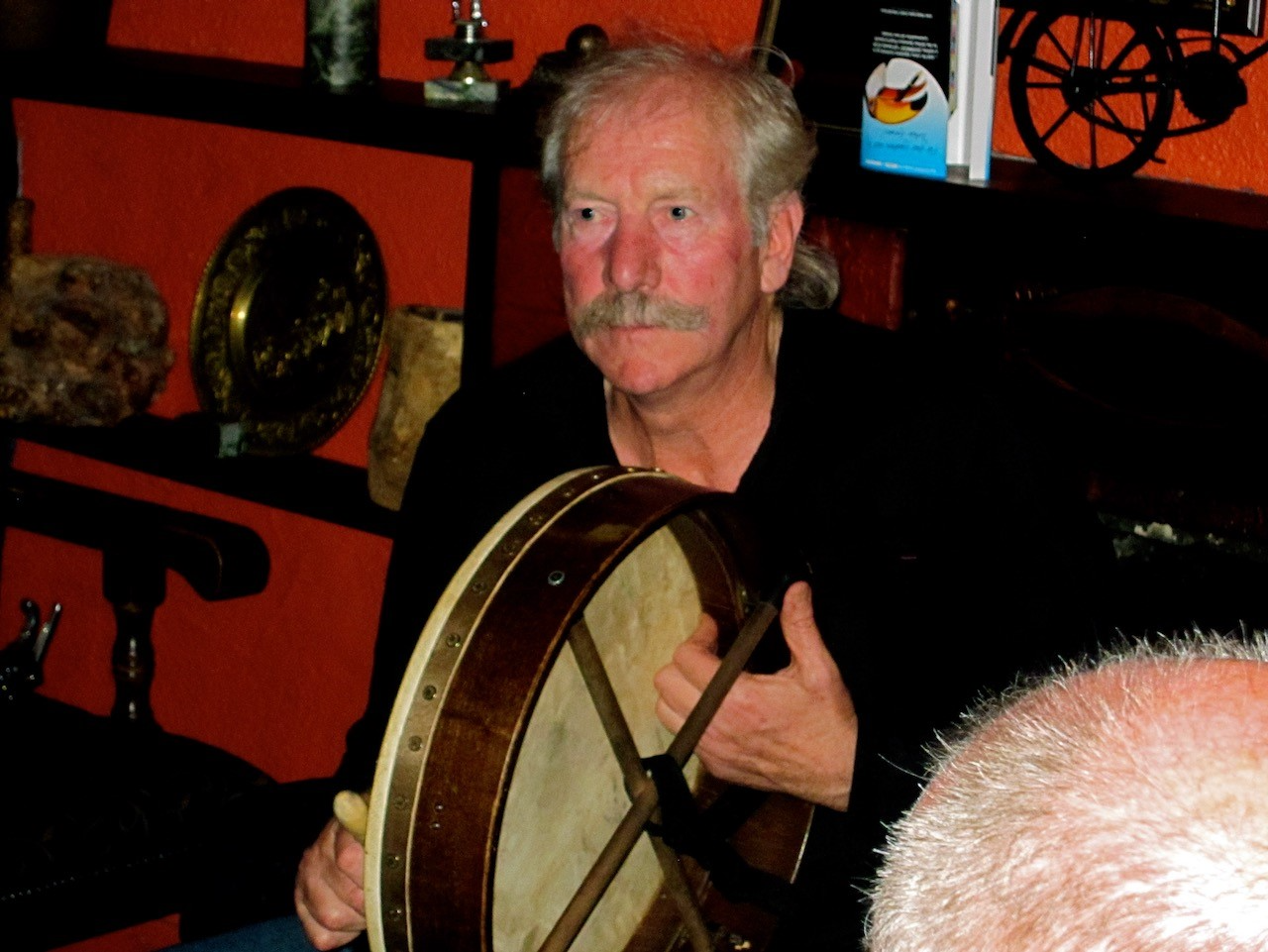 This is one of the very life-like Egyptian funerary portraits on display in the British Museum. 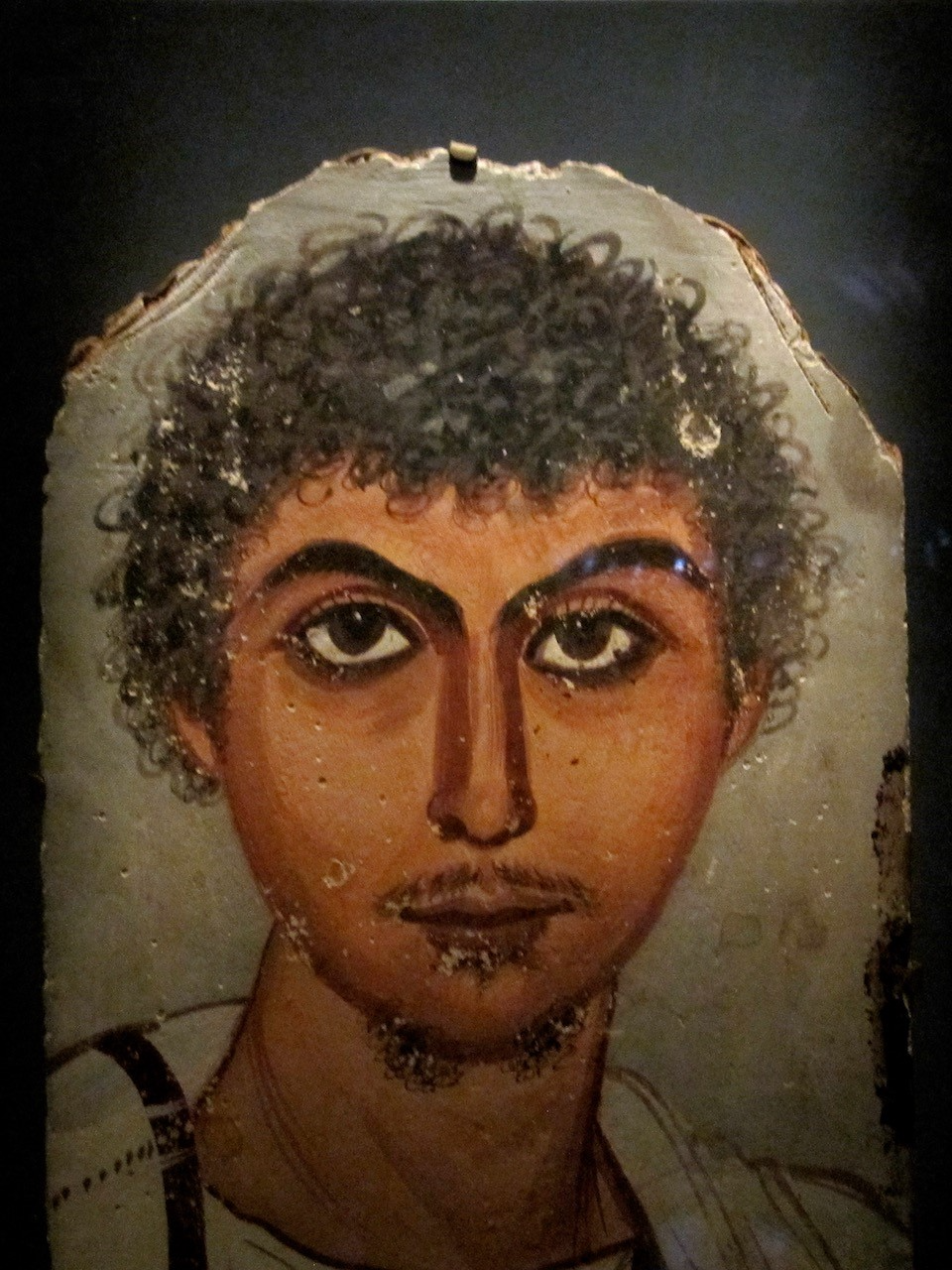 This young lady in Nara, Japan was very proud of her fine geisha outfit.  My notes say it was her seventh birthday.  Every kid we encountered in Japan flashed the V. 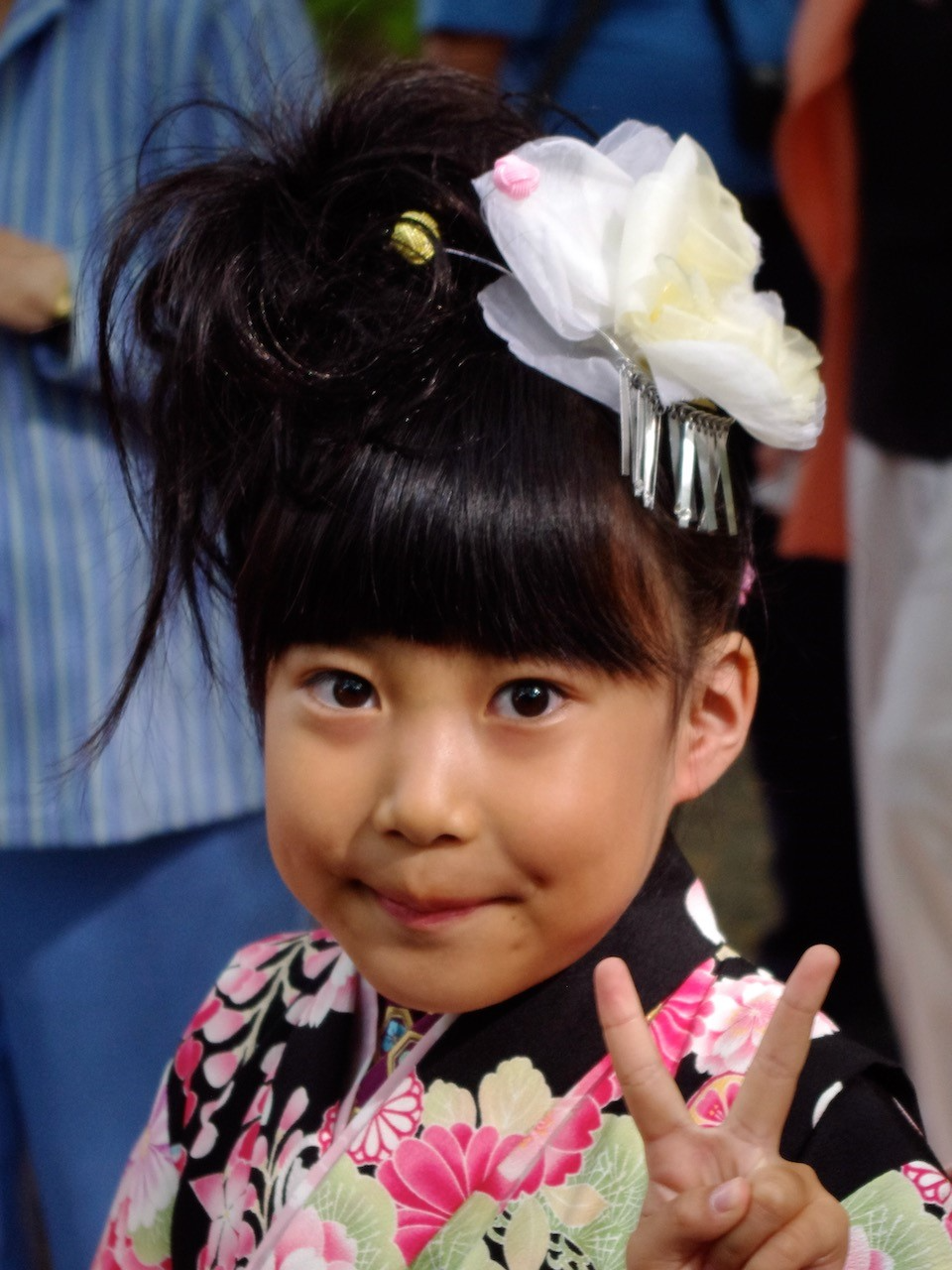 This shot of a colleague in Biology at the University of Utah was captured at a party celebrating the end of my term as Department Chair.  The caption was added by other colleagues. 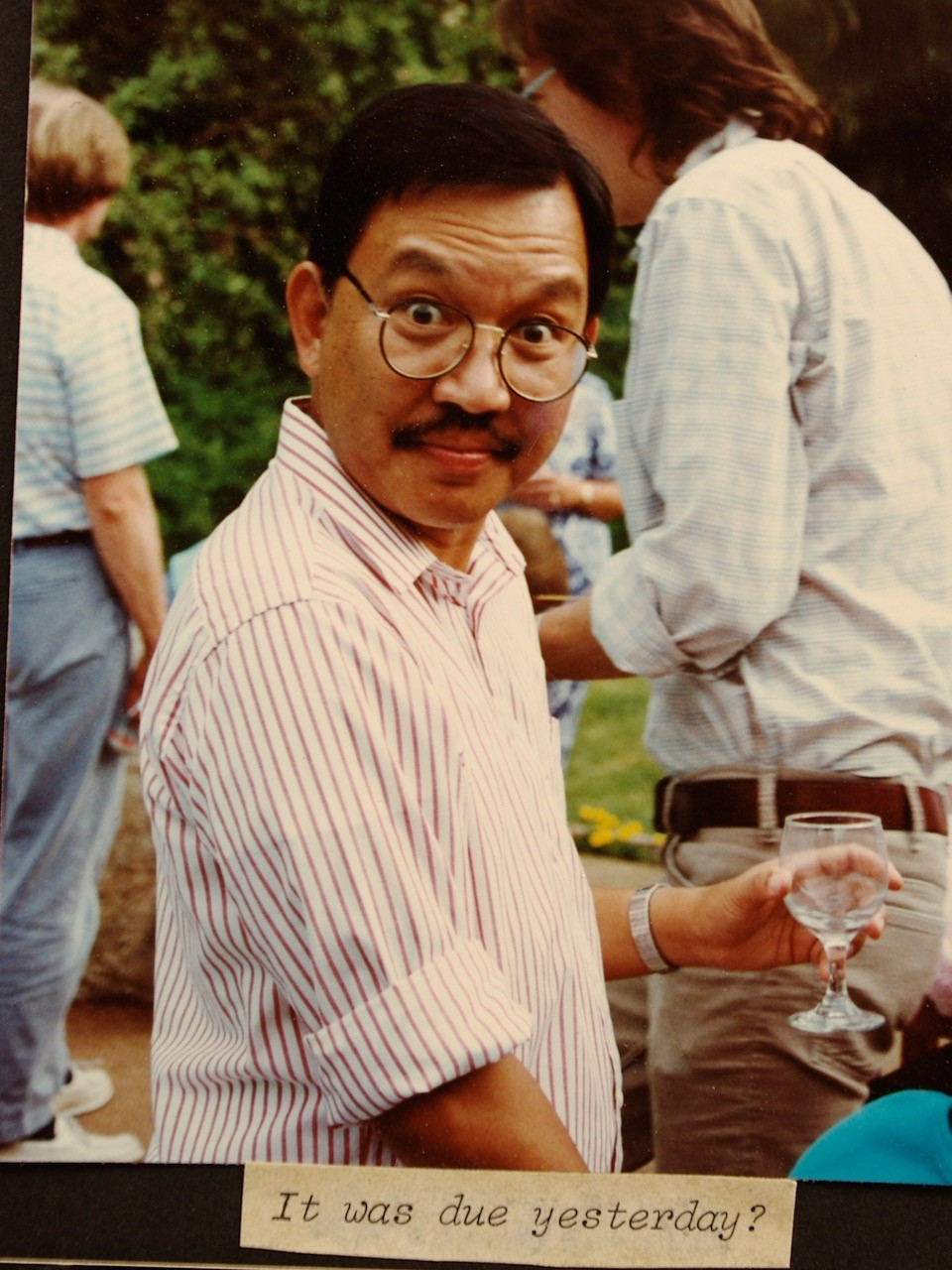 This mandrill was just too handsome to leave out.  Don’t be concerned with what his left hand was doing 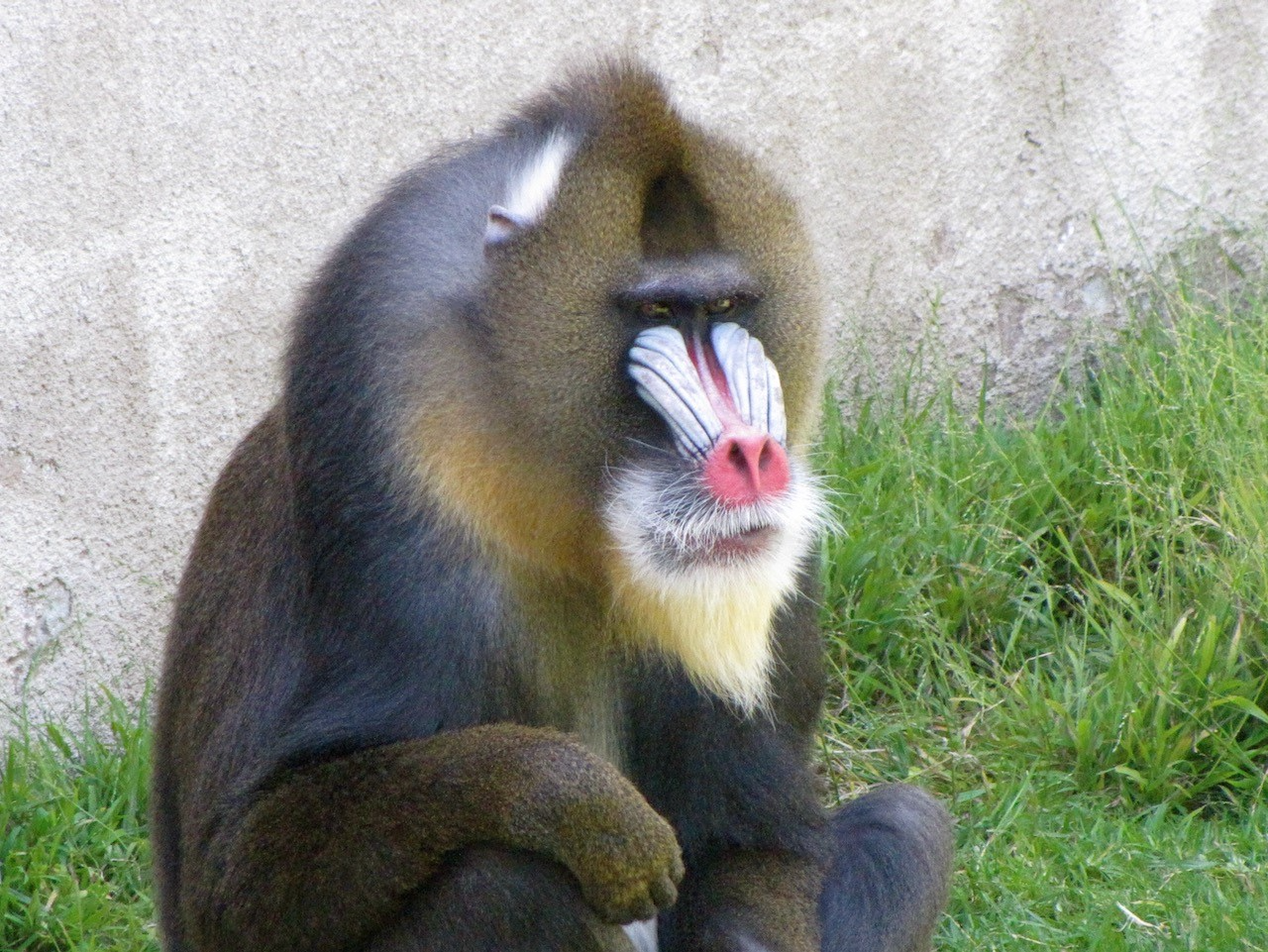 This young lady at a school we visited near Victoria Falls was very happy with a simple gift someone had brought along.  We had been instructed to bring school supplies but this was a much bigger hit. 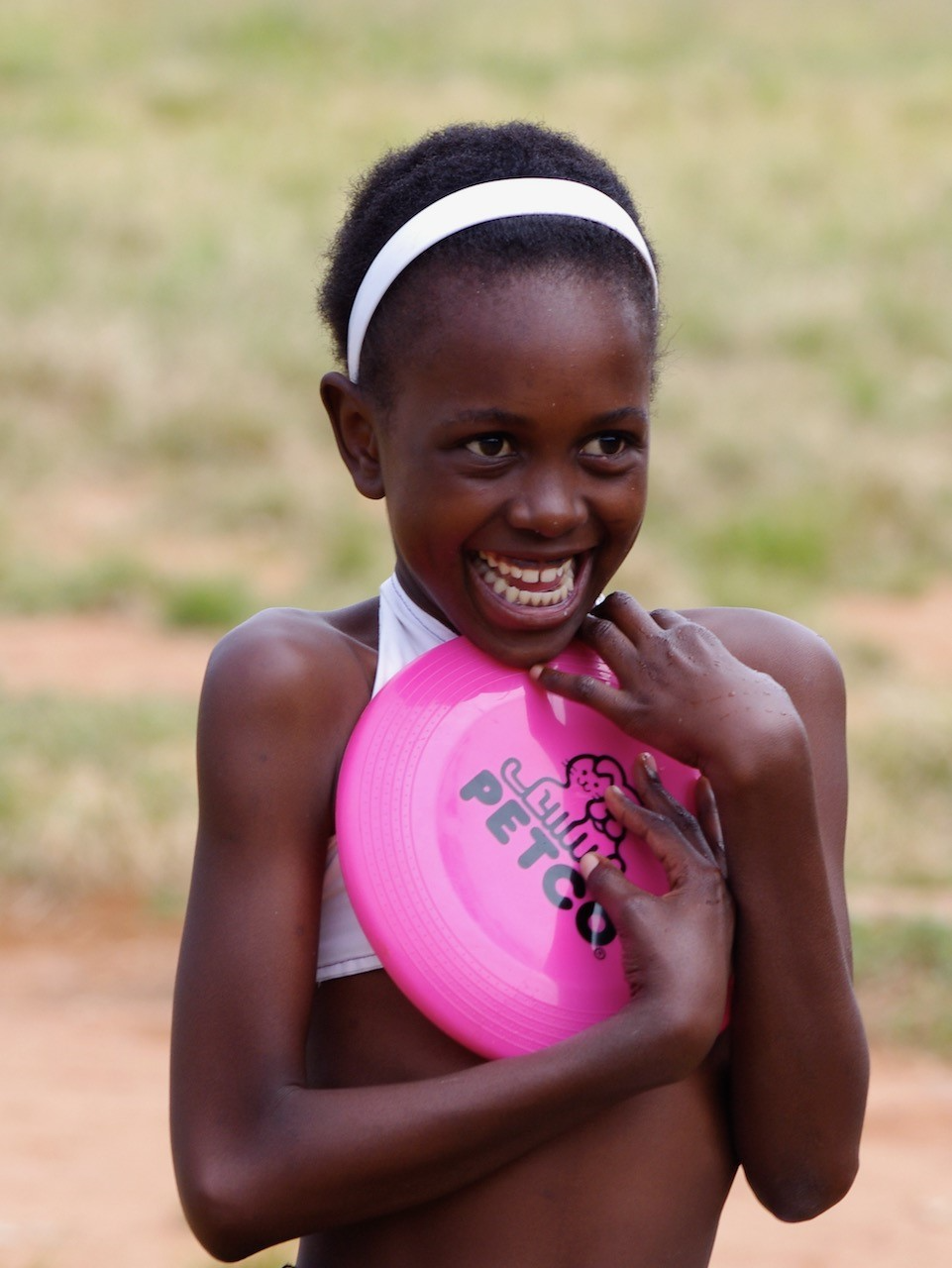 Also near Victoria Falls, it was notable that rather young kids were charged with the care of younger siblings. 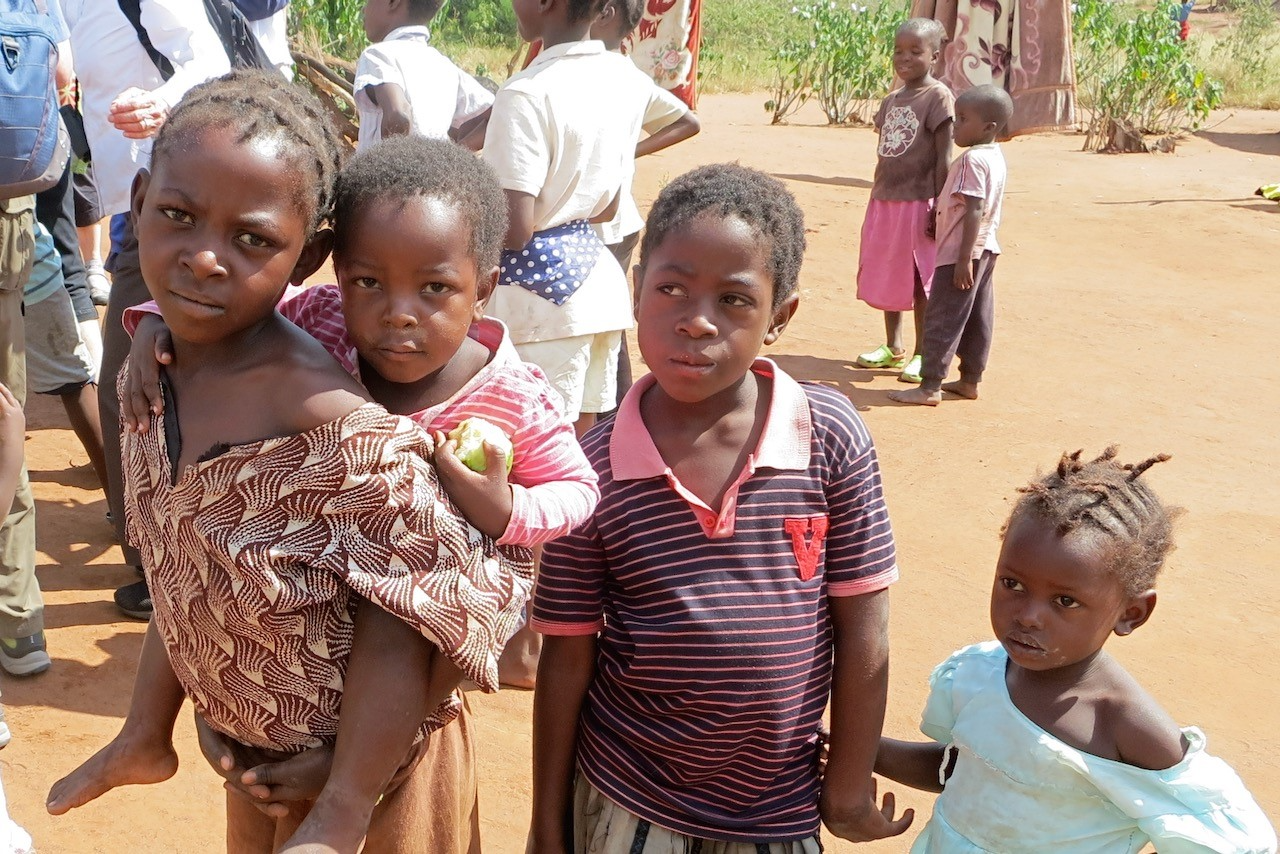 Reputedly the oldest man in this village, this gentleman turned out to be exactly my age. 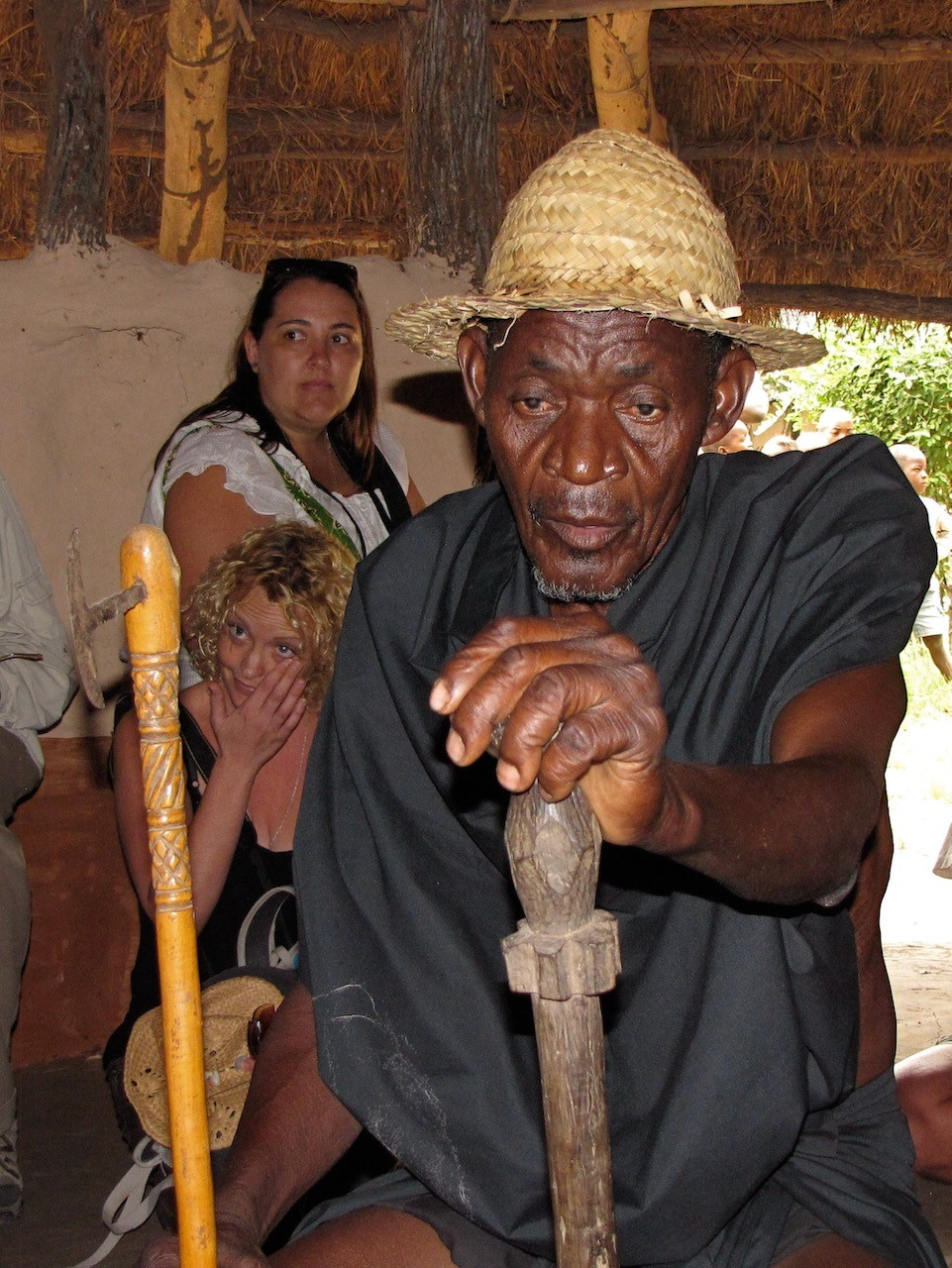 This and the following are aboriginal women selling crafts at an outdoor market in the Australian Outback.  The colorful sticks the first woman is holding, used to beat out a rhythm for dancing or chanting, now reside in an alcove in our living room. 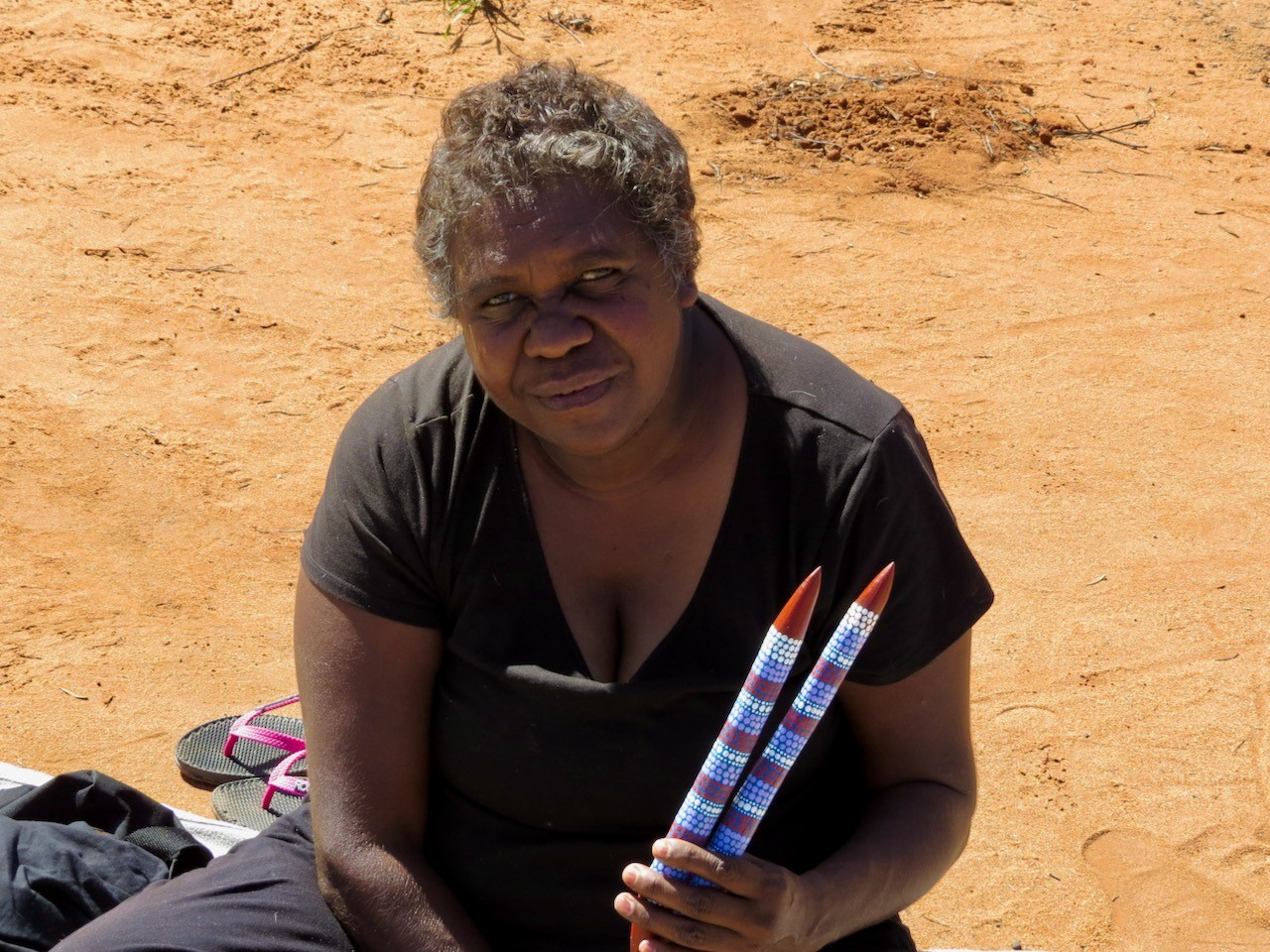 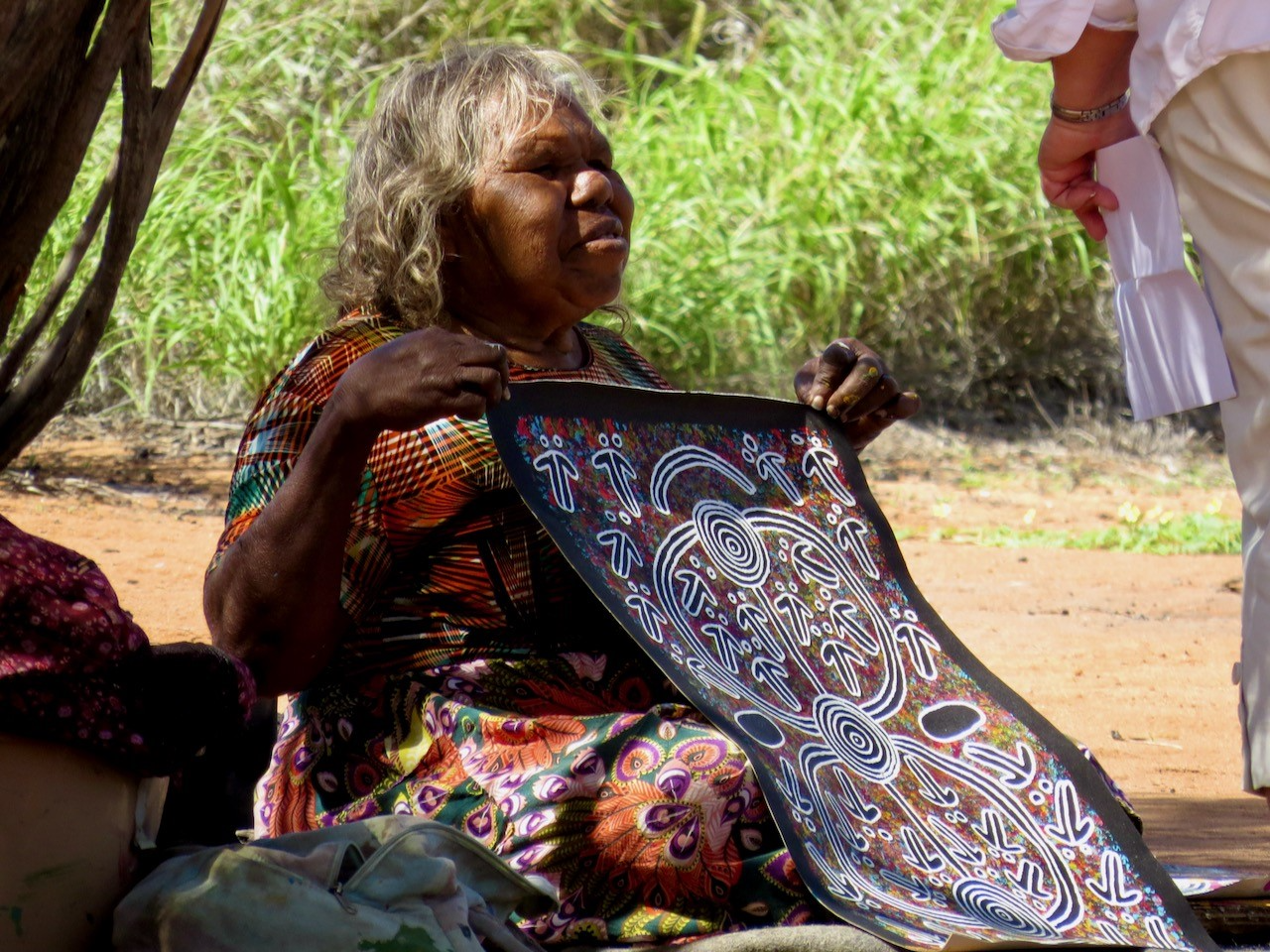 Finally, my granddaughter making the most of a root beer at the Santa Cruz Beach Boardwalk. 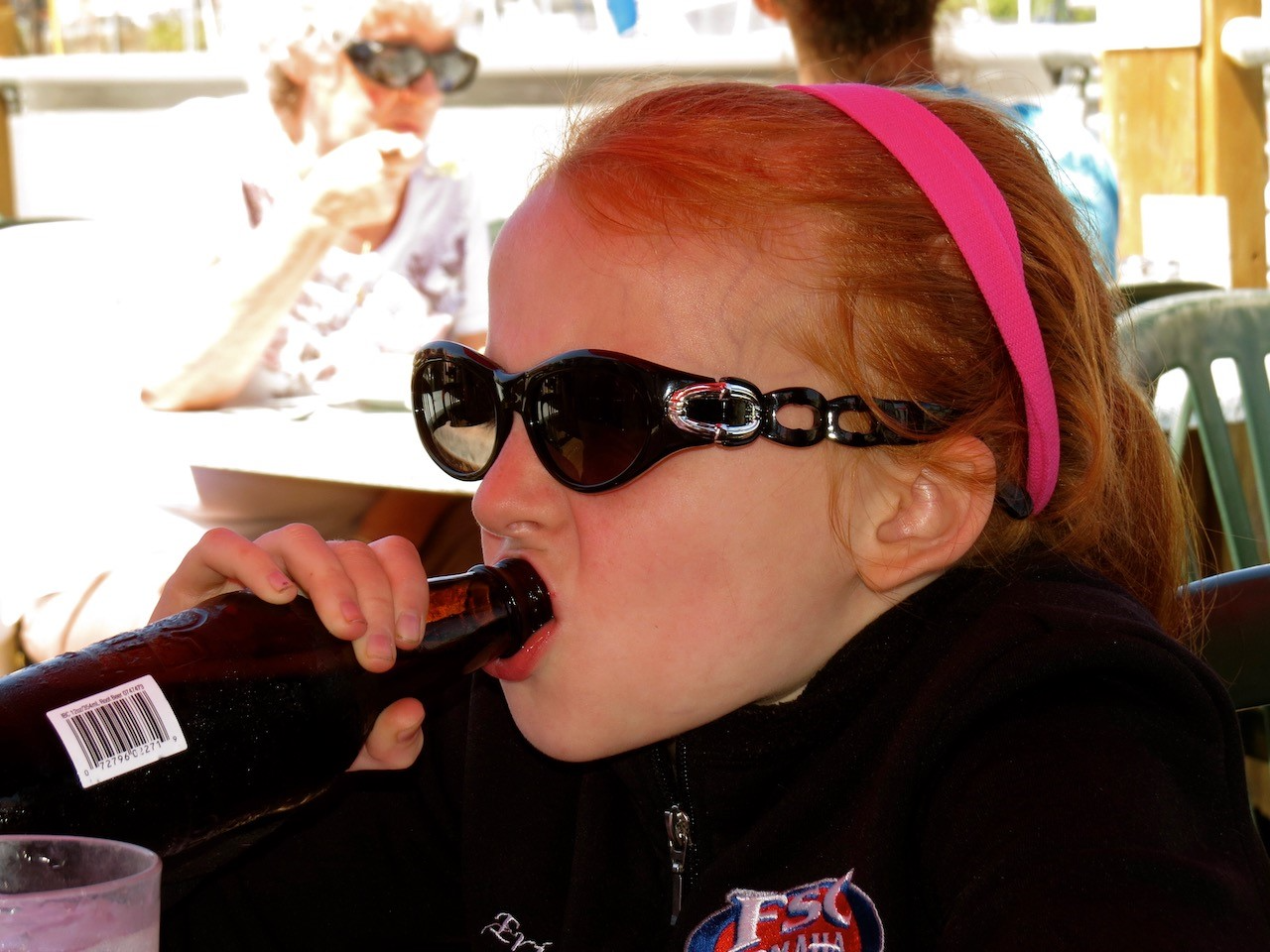