Once again evolutionary biologist John Avise is instructing us on the various species of ducks in North America. Your job is to look at the photos below and guess the species. If you can’t guess it, learn its appearance and then go below the fold for the ID, John’s duck notes, and a range map. This one is easy to remember. 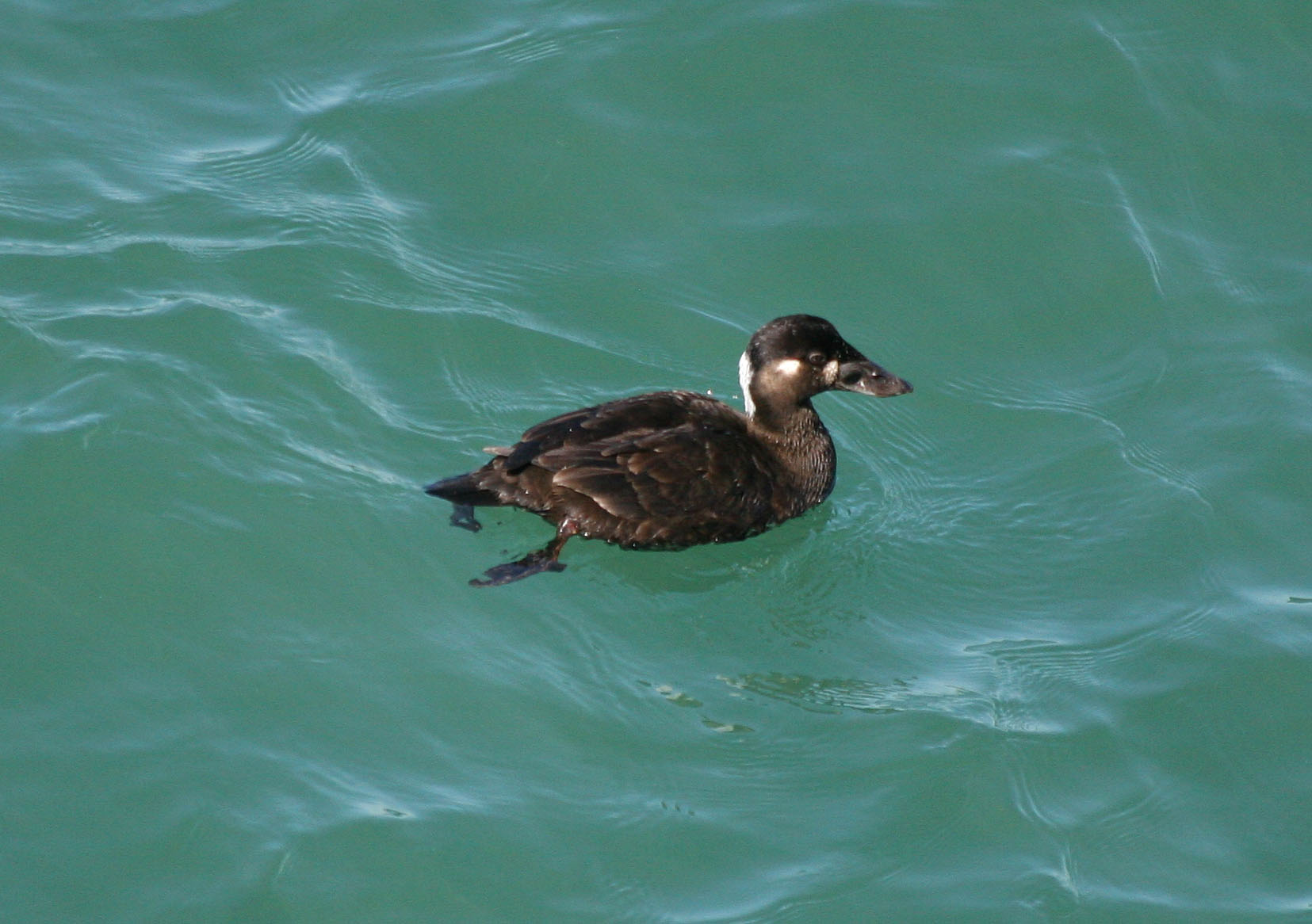 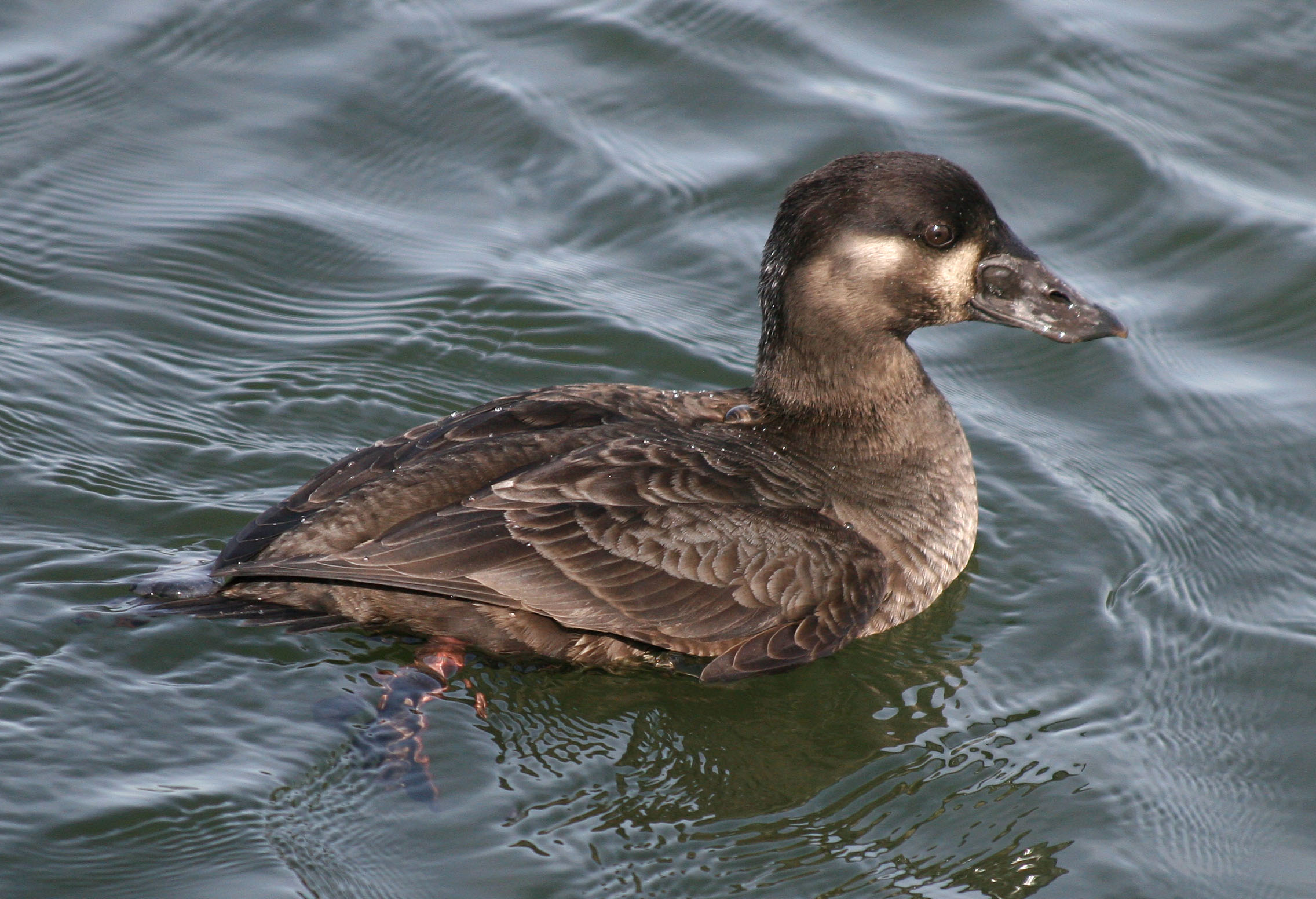 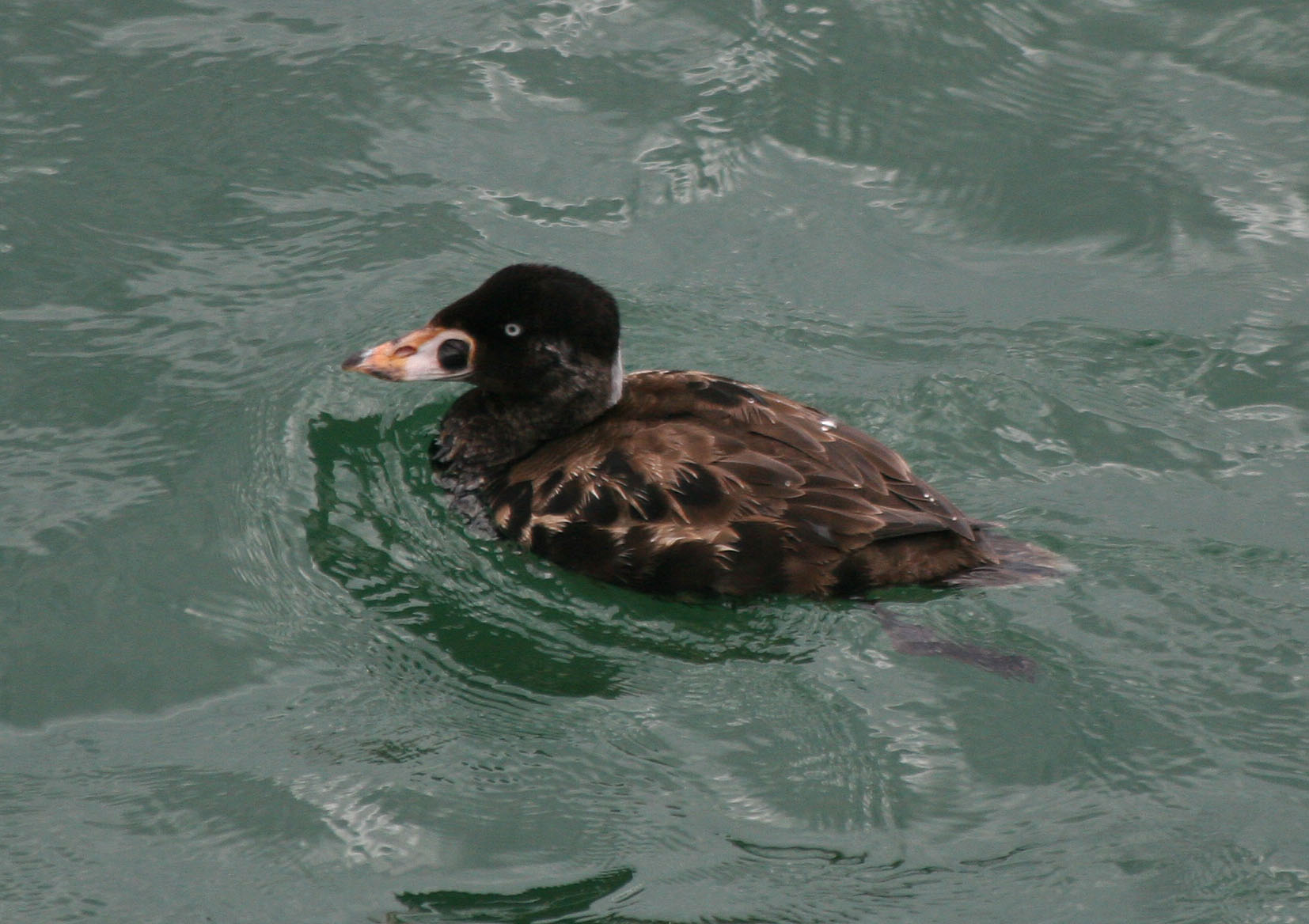 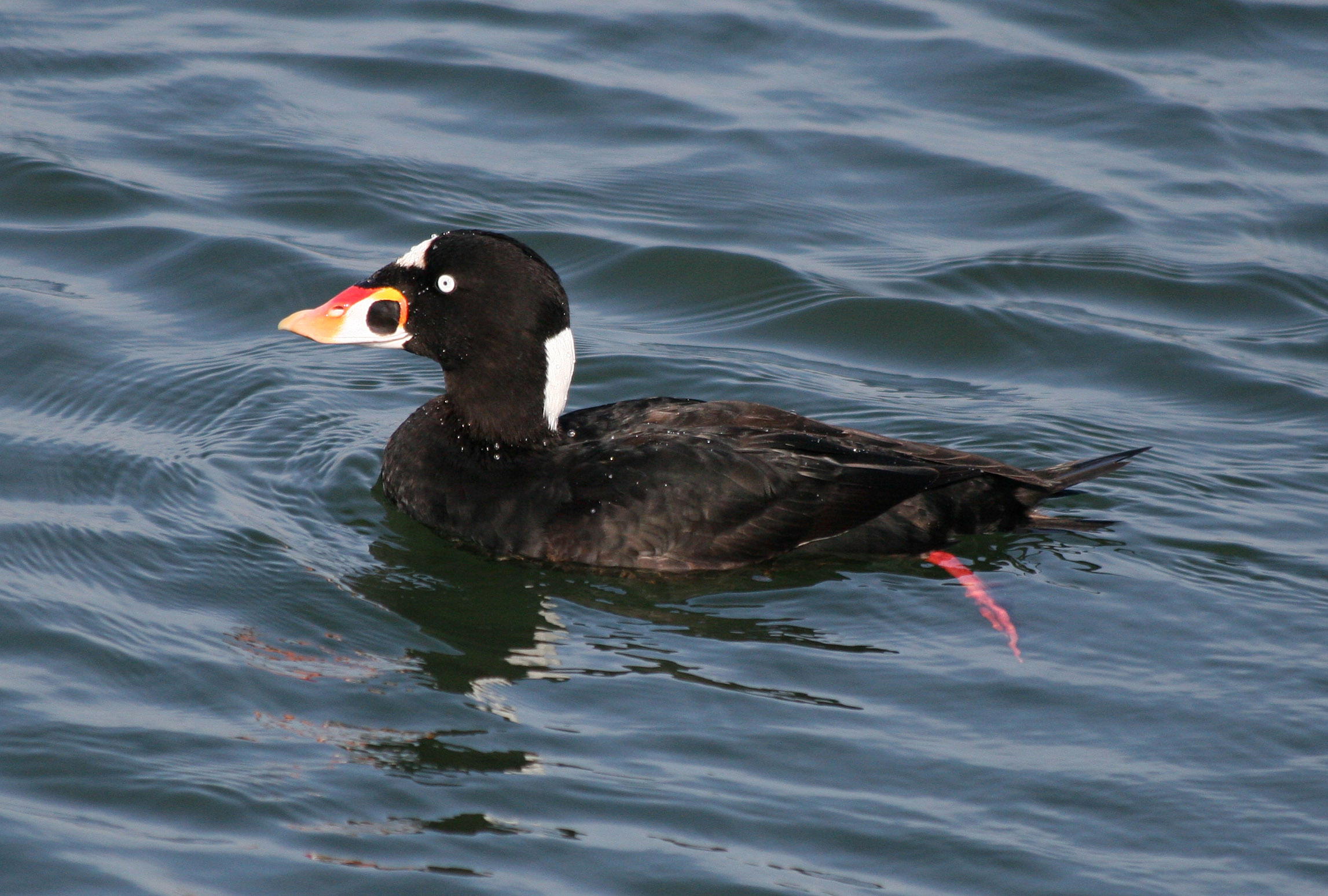 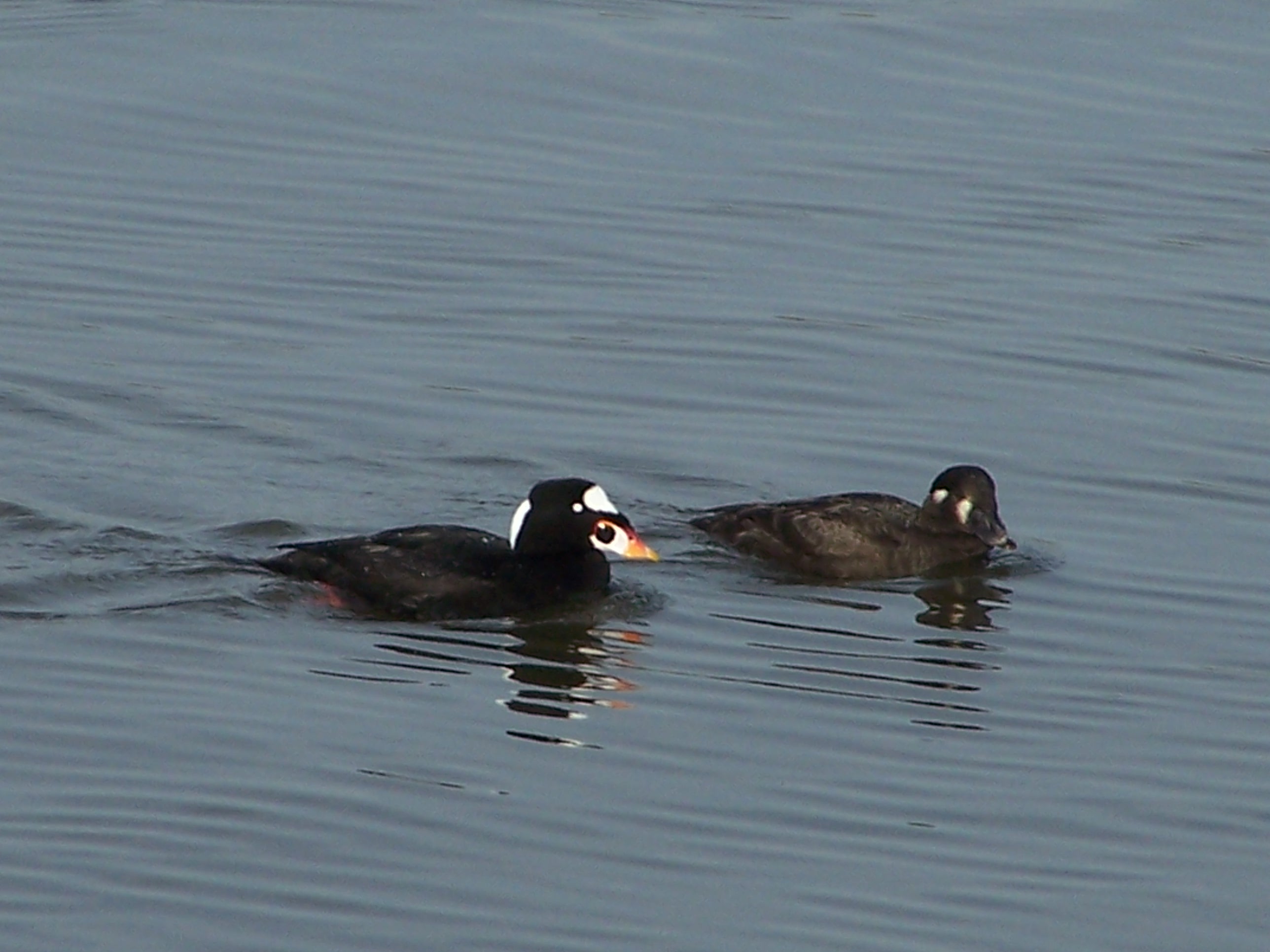 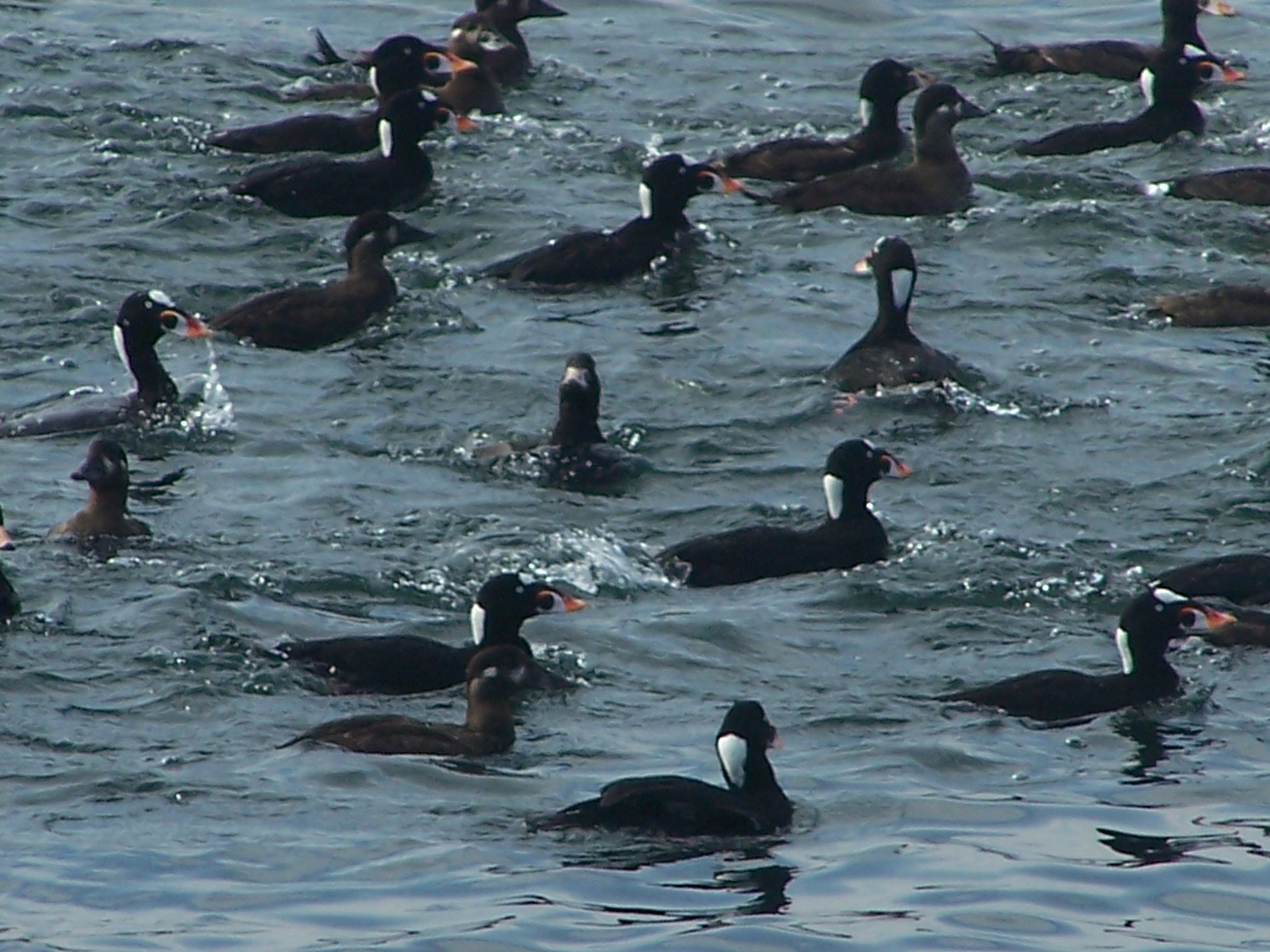 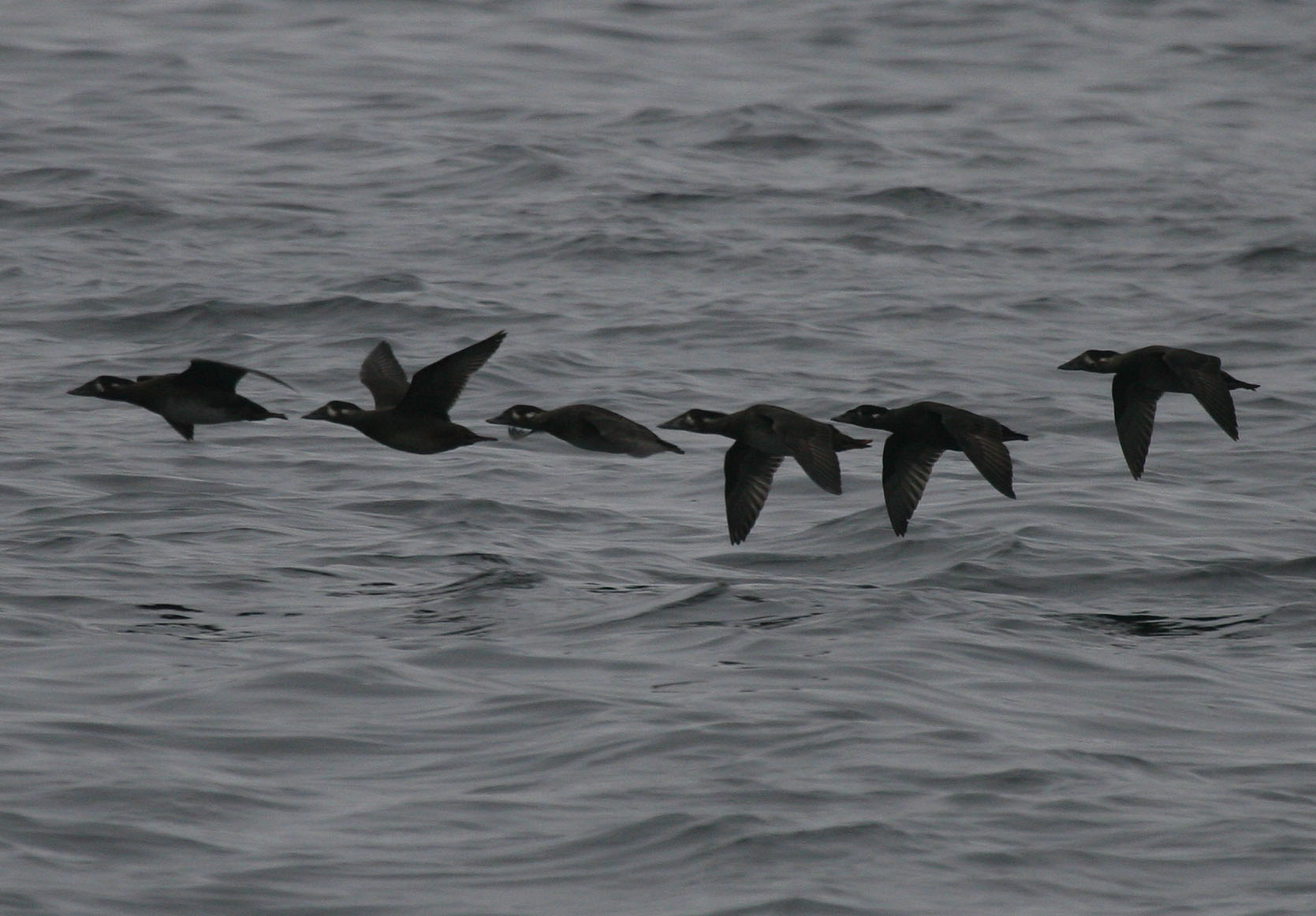 There you be. Click on “read more” for the ID and other information.

This species nests at high latitudes alongside freshwater ponds across much of Canada and Alaska, but winters in saltwater along both seacoastsof the United States.  Just before the southward migration, these birds retreat to the relative safety of large isolated bodies of water to complete their molt.  This duck’s heavy bill helps it crack open mussels and other shellfish that comprise an important part of its diet. In the winter in Southern California (where these photos were taken), these ducks often hang out under piers where they dive to harvest mussels and other invertebrates off underwater pilings.  The large colorful bill of the breeding drake is diagnostic.

JAC: I found an amazing video of a surf scoter drake eating a clam. He appears to just clean by dipping it in the water before swallowing it whole. I guess the gizzard does all the cracking. 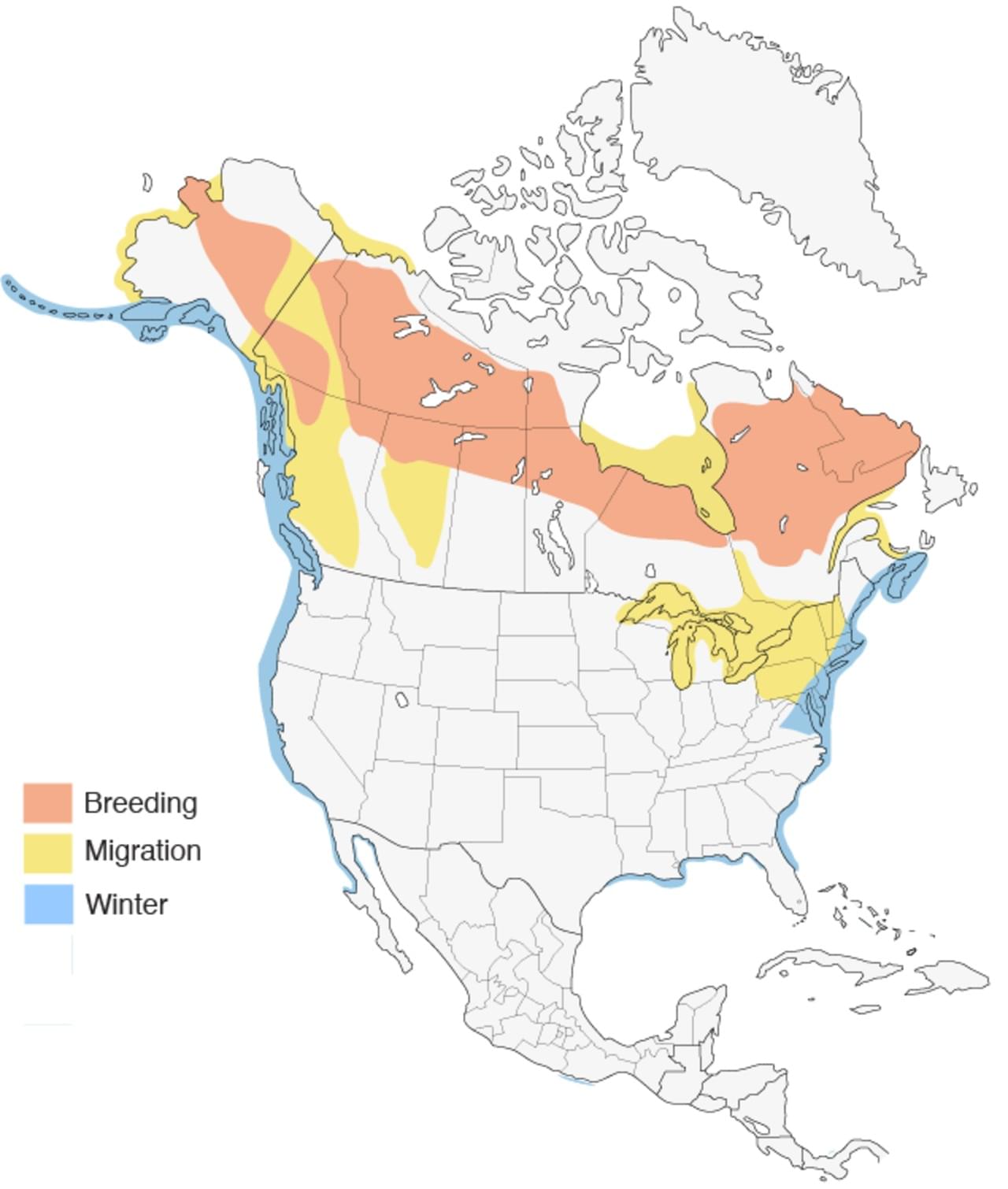