We have two contributors today. First, Art Williams sent some photos and videos, which include a fawn. Remember, if you see a fawn by itself, especially a very young one, leave it alone, as it’s almost certain that it was been left to shelter place while Mom went off foraging. Only call for help if it stays in place and mom doesn’t return for a day or so. Art’s captions are indented.

Here are some photos and a video of the suburban wildlife around Loveland, Ohio, just outside of Cincinnati. The raptor is a juvenile red-tailed hawk, I think. He or she and mate have been very active, screeching their presence every morning, likely having a brood somewhere close by. 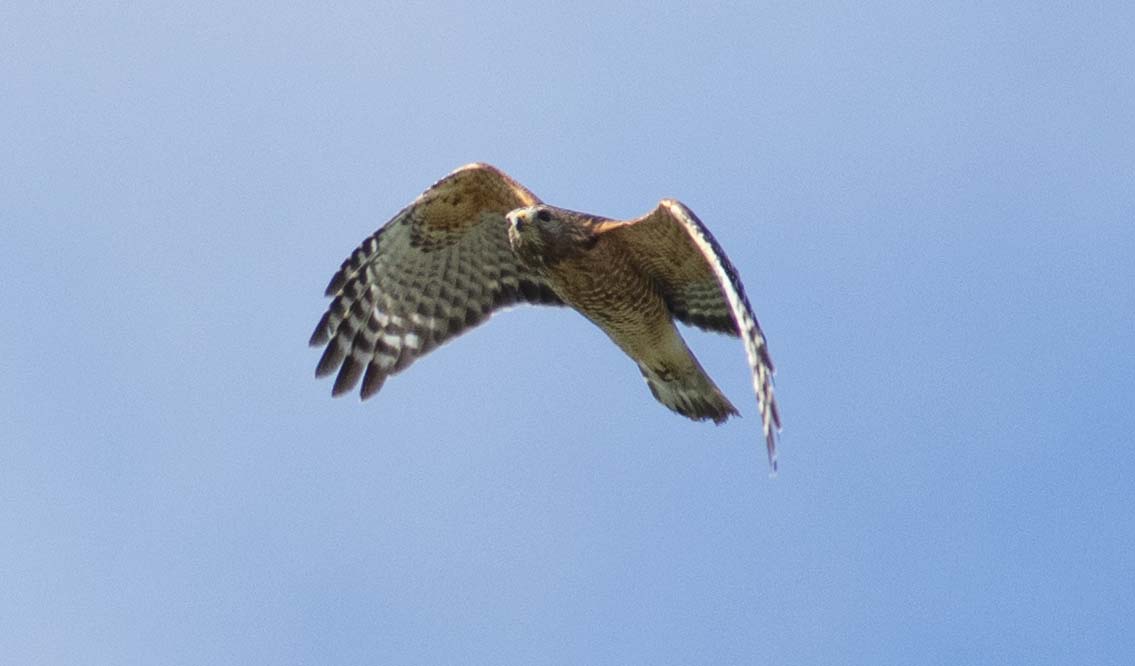 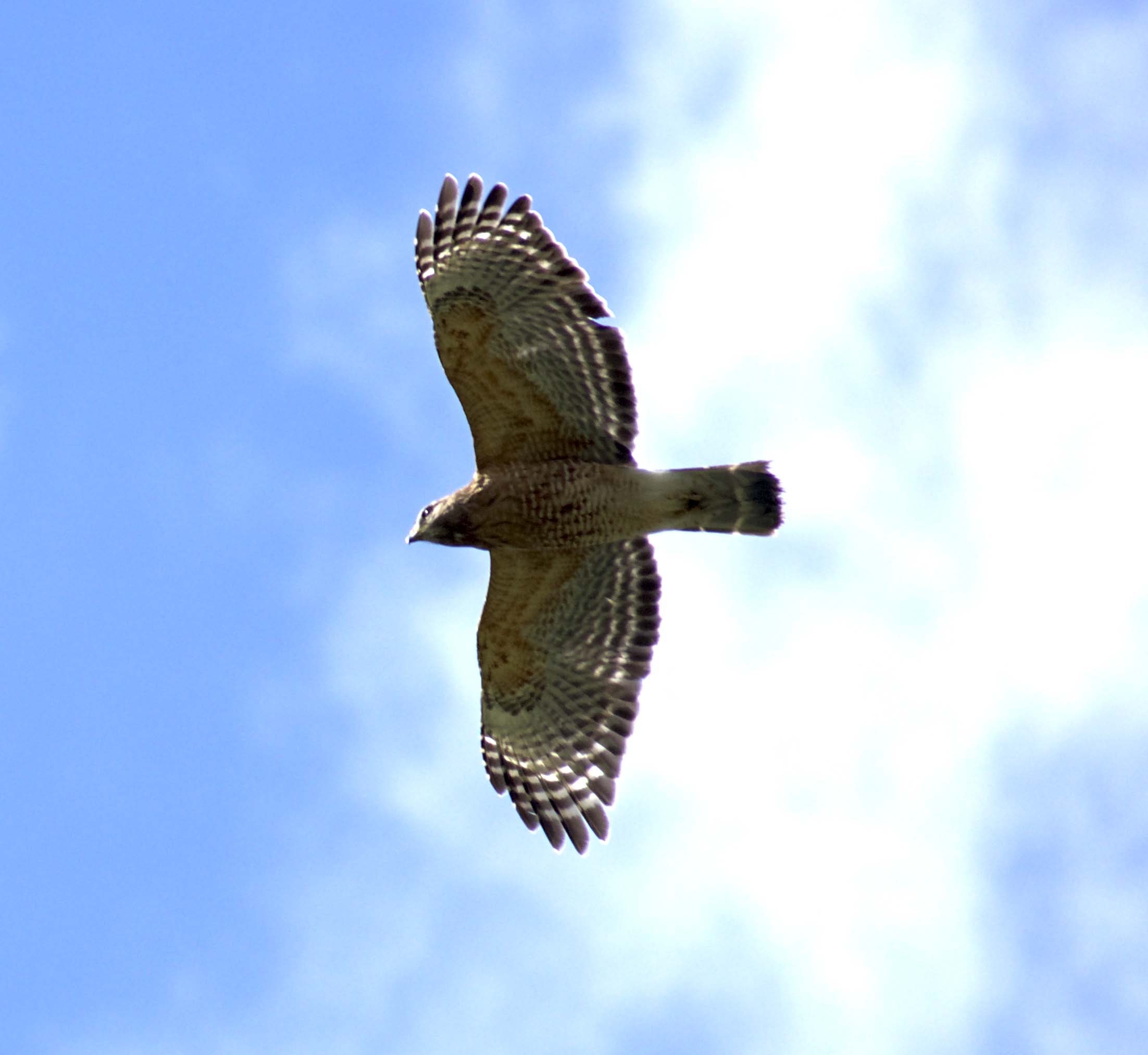 My wife noticed the fawn sunning itself in the yard and couldn’t have been more than a few hours old. Its mom had left to forage and he instinctively knew to head for the dappled shadowy cover of a nearby Hemlock tree. The link to the video shows just how wobbly the little guy is. It’s a little shaky and narrated by my over-concerned wife who fears the baby has been left by its mom. After several hours we were worried that it actually had been abandoned, but Mom came back eventually and the two scampered off into the woods. 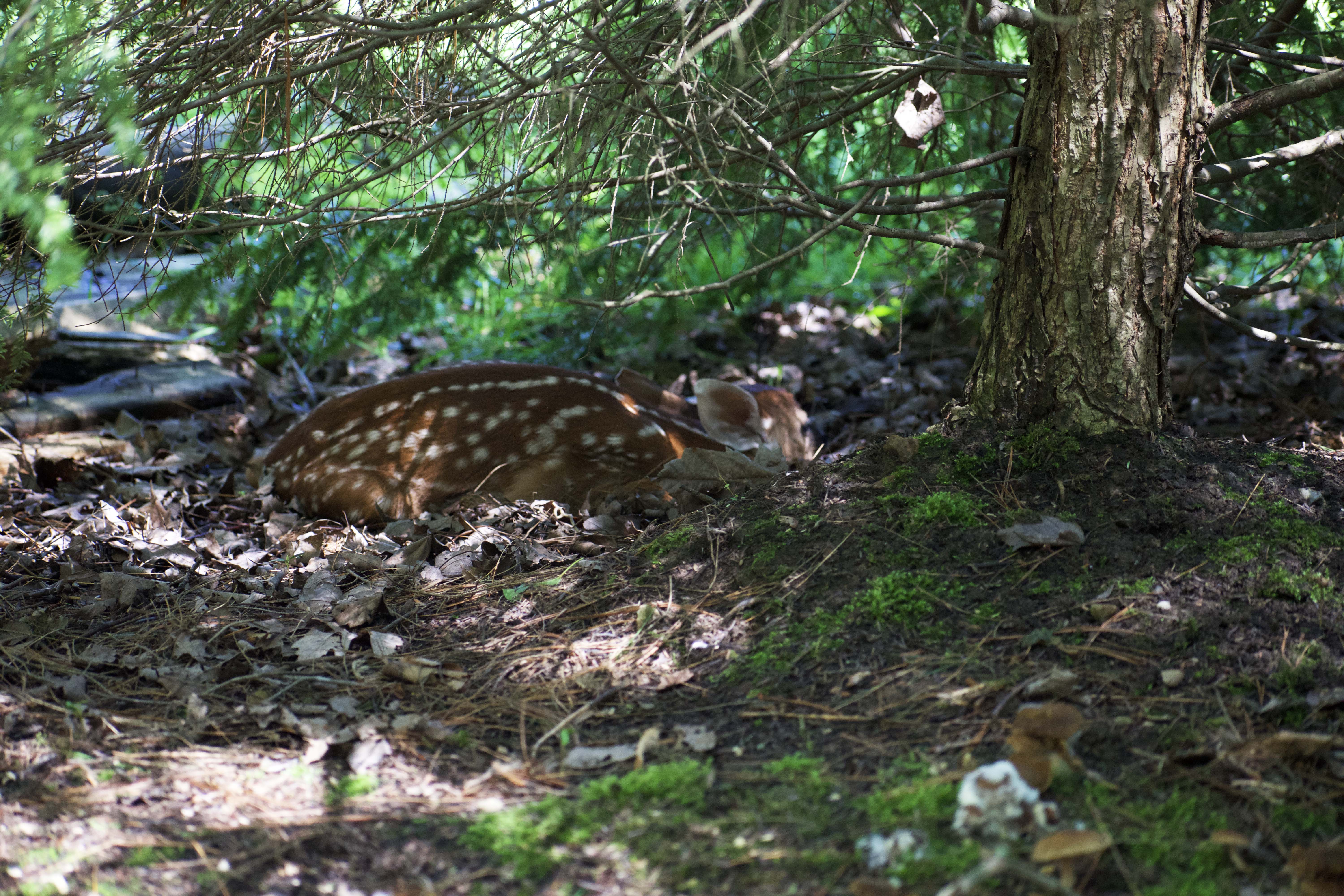 JAC: Fawns are so beautiful! They’re the ducklings of mammals. 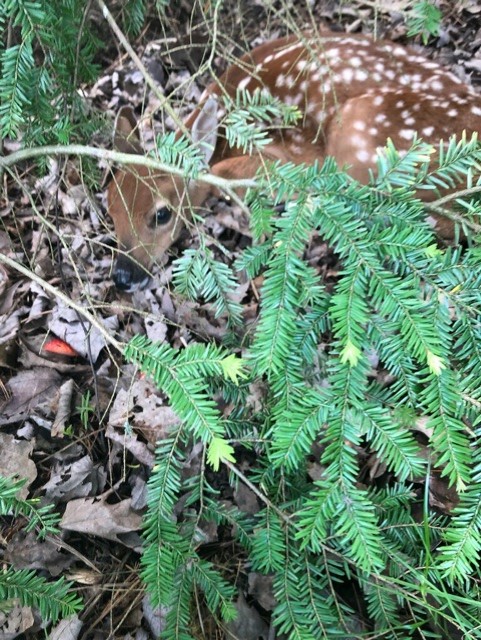 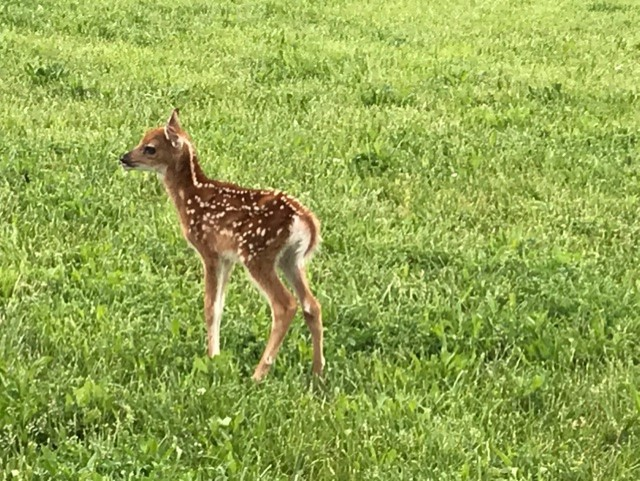 Art also sent a video he made:

And an astronomy photo by Tim Anderson in Australia:

This image shows NGC4956, a large barred spiral galaxy in the Centaurus constellation. It also shows a number of other, more distant galaxies dotted around the field of view. The galaxy was first observed by James Dunlap from Parramatta in NSW during 1826. 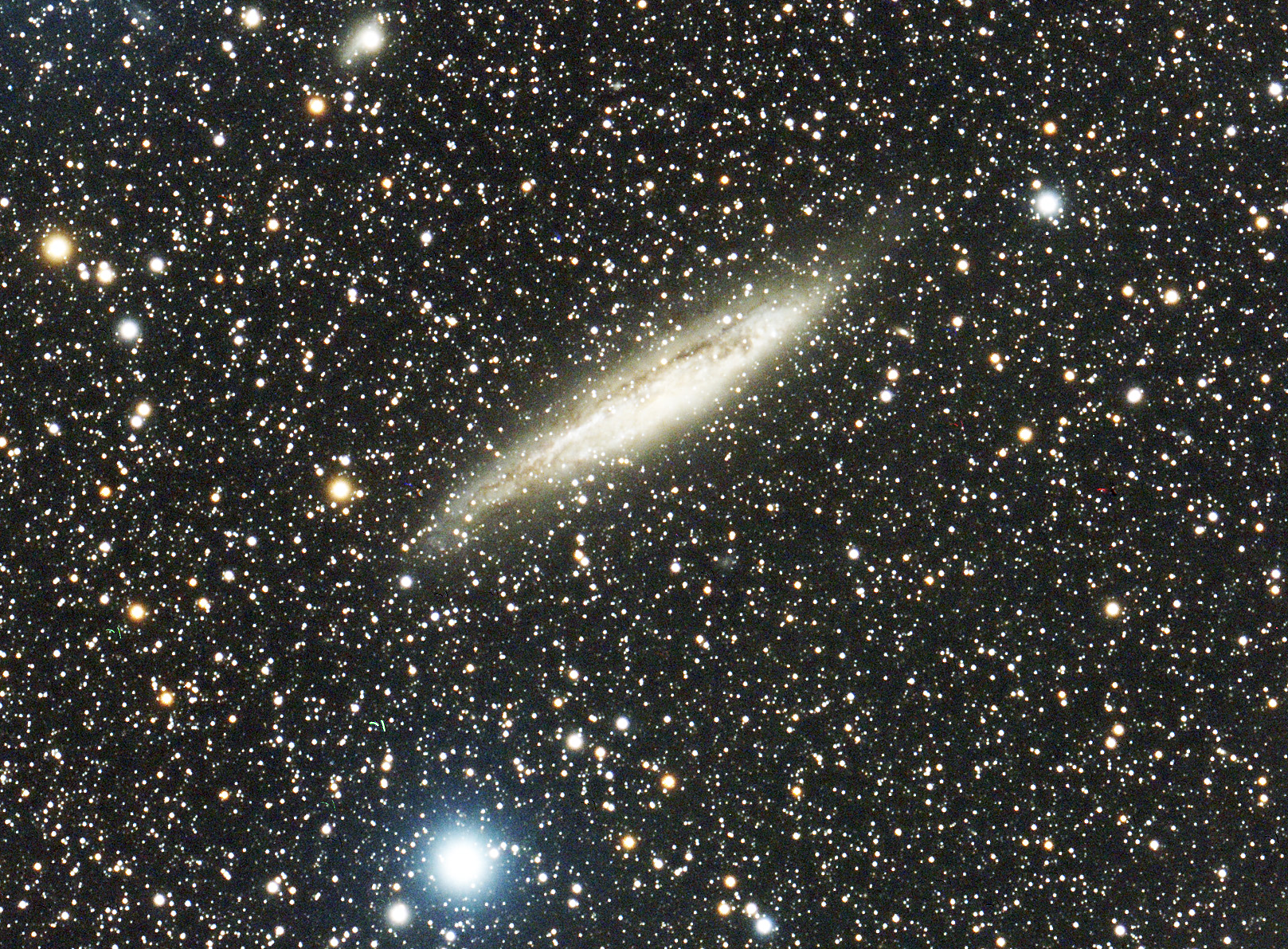