Today we have a video of an interspecific brawl sent by Swiss biologist Jacques Hausser and taken by his daughter in law in the town of Bassins (also Switzerland) last Friday. With permission, I put the video on YouTube so I could embed it.

Jacques’s title and notes are indented below. There are also three bonus photos:

Interspecific fighting for a nesting hole

This afternoon, Deny, my daughter-in-law, heard a great commotion, followed by a thump, and saw two birds fighting on the ground. She videotaped part of the scene, then brought me the two birds still clutching to each other. Unable to get them apart (the sharp claws of the swift were firmly hooked in the starling’s flesh) I had to bring them to a rehab center.

Why this fight? The neighbor’s house  was partly renovated this winter, and, quite typically, several nesting opportunities disappeared in the process, including probably the one of this frustrated swift coming back from Africa, who tried to expel the starling from its  nest – I found some eggs broken on the soil, too. I had planned to built swift nesting boxes, but with the Covid-19, my plans remained at the paper stage…

The cast of characters (be sure to put the sound up):

I asked Jacques if the birds would be okay, and apparently the swift was released swiftly (that’s a “Tom Swifty“, making it a double pun), but the starling, with a wound in the chest, will require more days of care, though she too will pull through (see below):

it was something not observed every day. The video was taken by my daughter-in-law Denielle Hausser. According to the staff in the rehab, the starling will be OK after some more days of care.

Looking at the picture below from Professor David Norman of the Merseyside ringing group (reproduced with permission), you can understand the suffering of the starling! Although “Apus” means footless, swift have rather special “pamprodactyl” feet, with the four fingers usually kept more or less parallel in the front direction – to hang on vertical walls – but they can oppose fingers 1-2 to fingers 3-4 to grasp something – including perhaps each other in their aerial mating. Remember that swifts can stay in the air up to 9 months, loving, hunting, sleeping, and drinking on the wing. They land only for breeding, or when they are caught in a bad or cold weather.

Look at those swift talons! 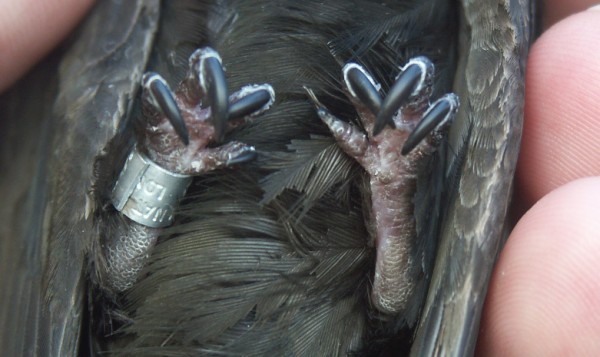 I have a picture of the male (?) starling from the same pair. 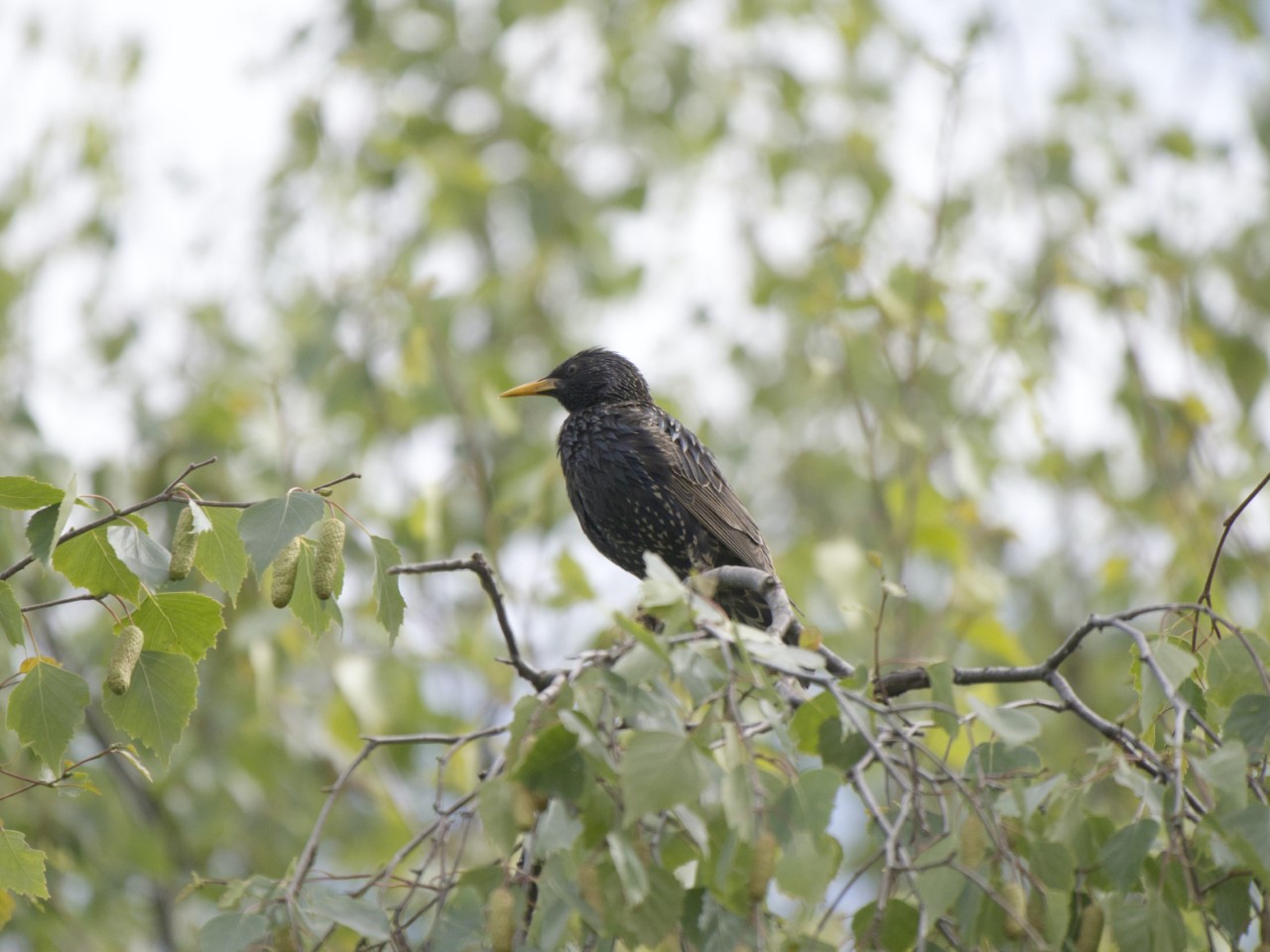 The swifts are hard to photograph, but I have a very bad picture I like nevertheless. 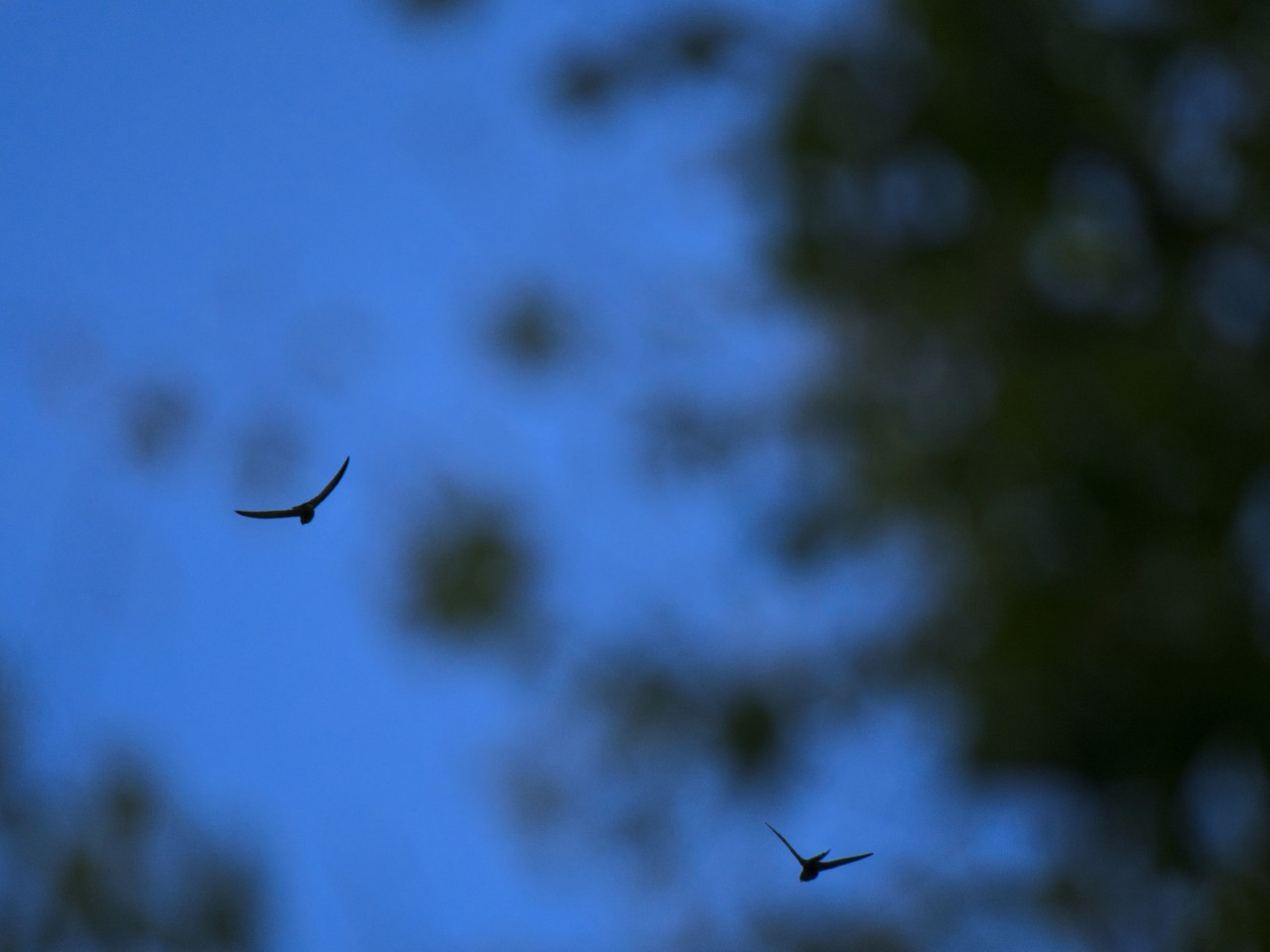