The photo tank is running a bit low, so I implore you to send me good wildlife photos (and don’t forget the ID and Latin binomial).  Today’s contribution is from reader John Crisp, who shows a lovely chameleon but asks readers to identify the species, as he doesn’t know it. His brief notes are indented. At the bottom is a photograph from me.

Here is a series of shots of a snacking chameleon, taken last November in Kigali, Rwanda. Fairly self-explanatory. 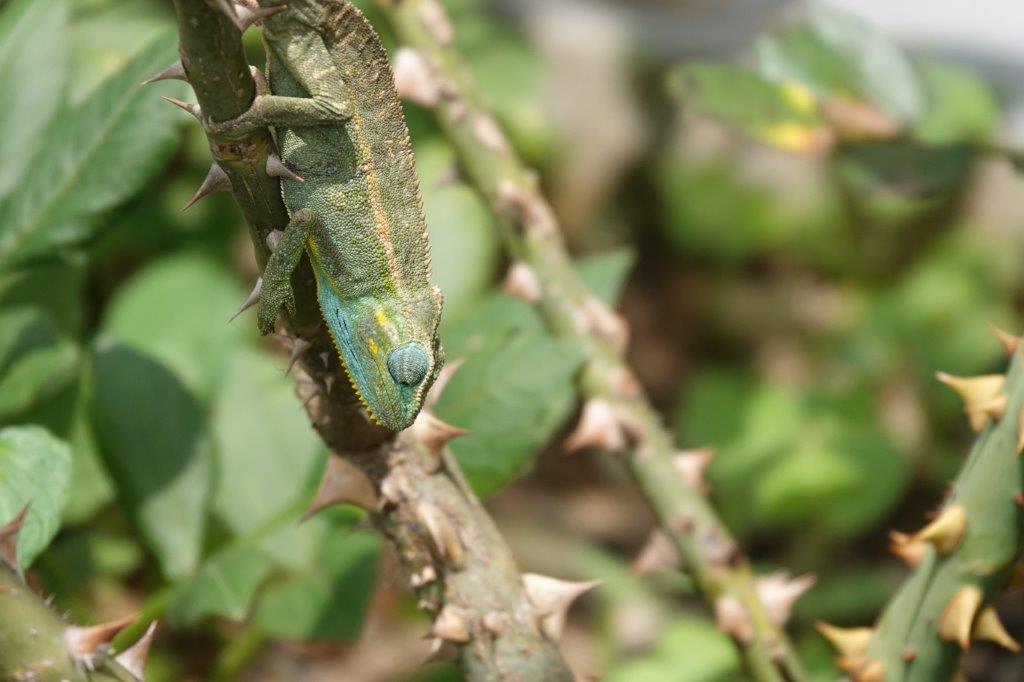 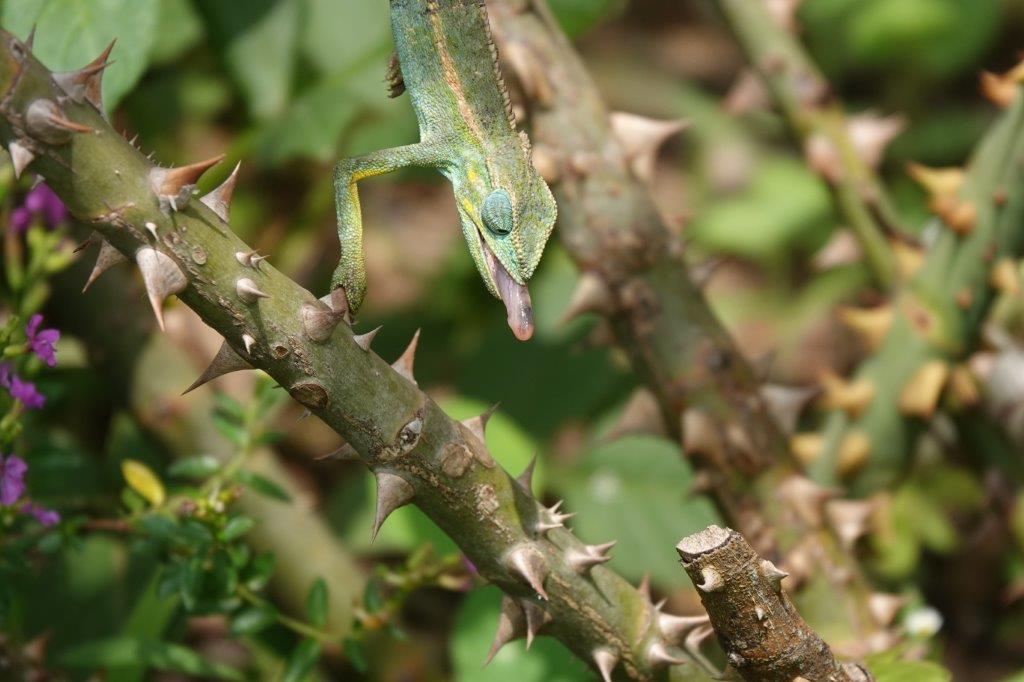 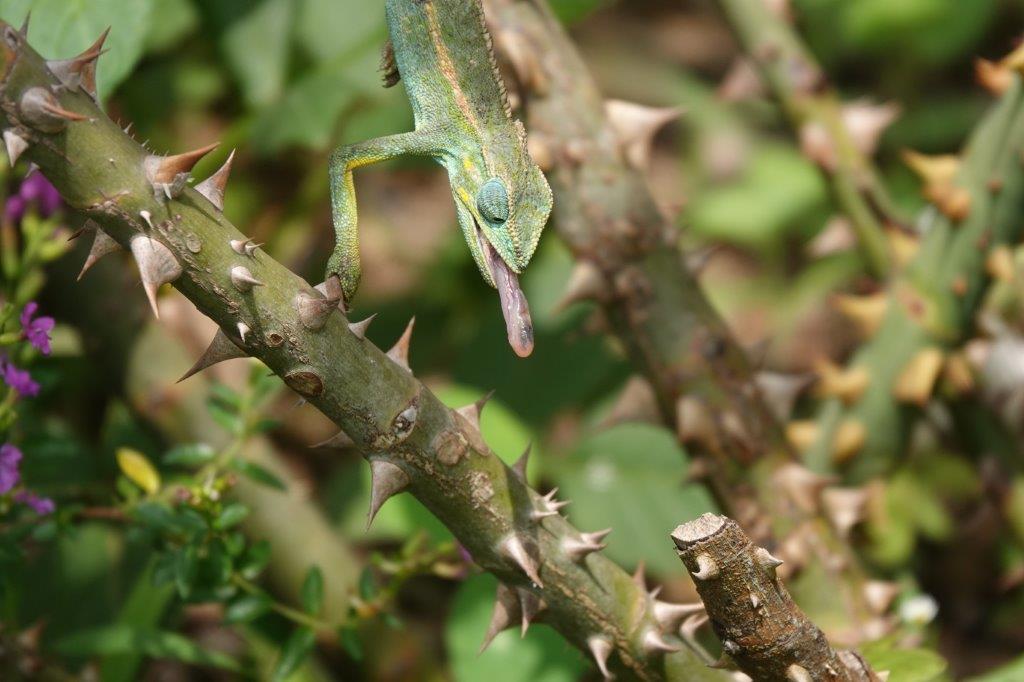 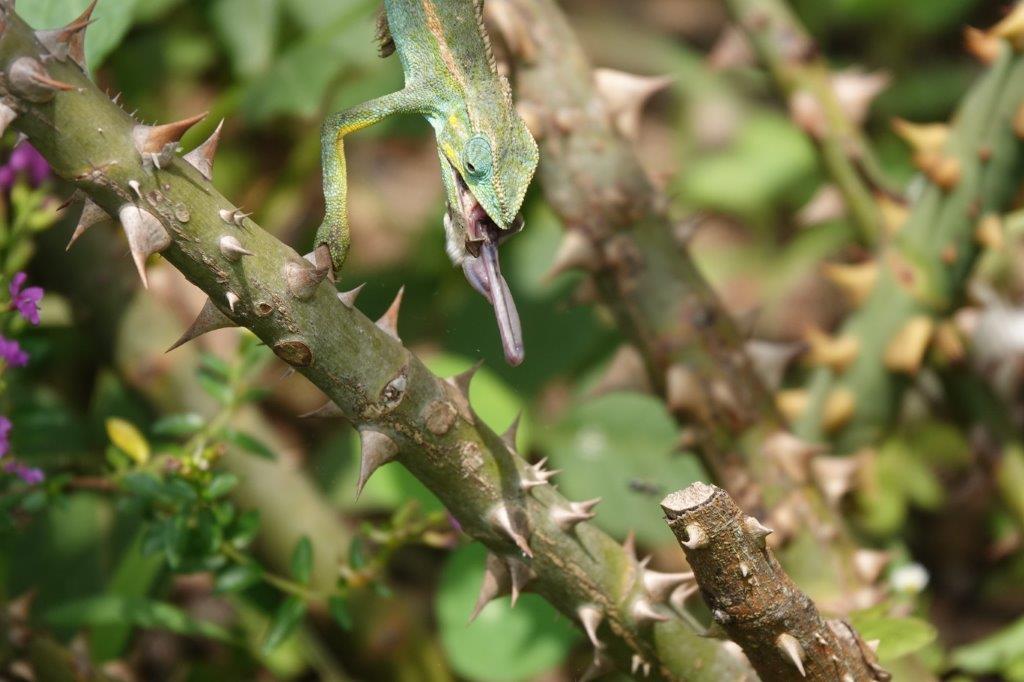 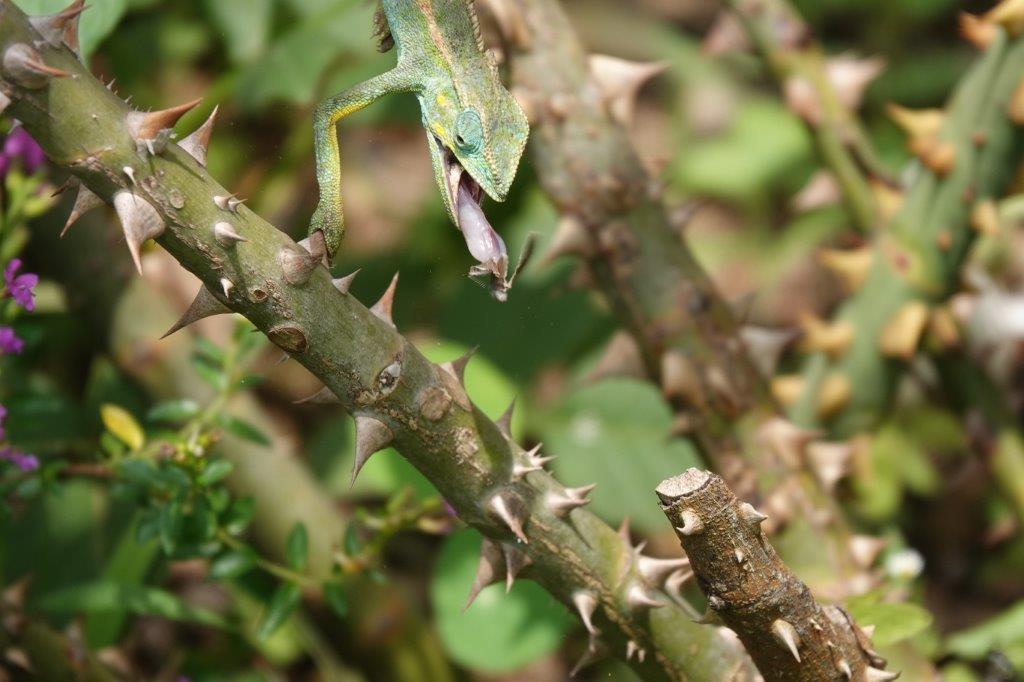 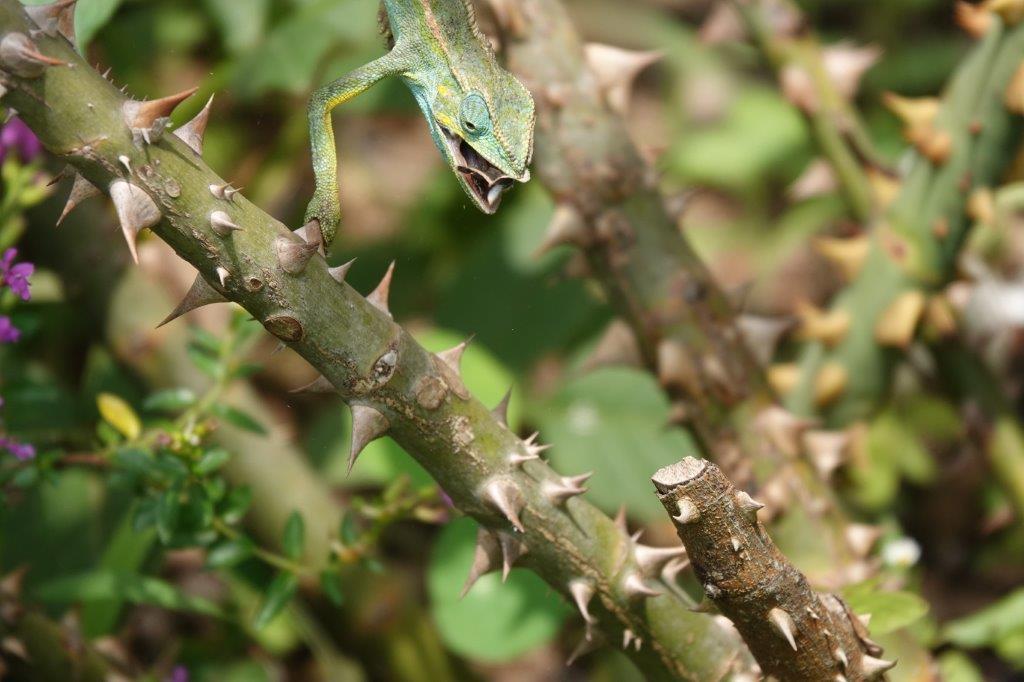 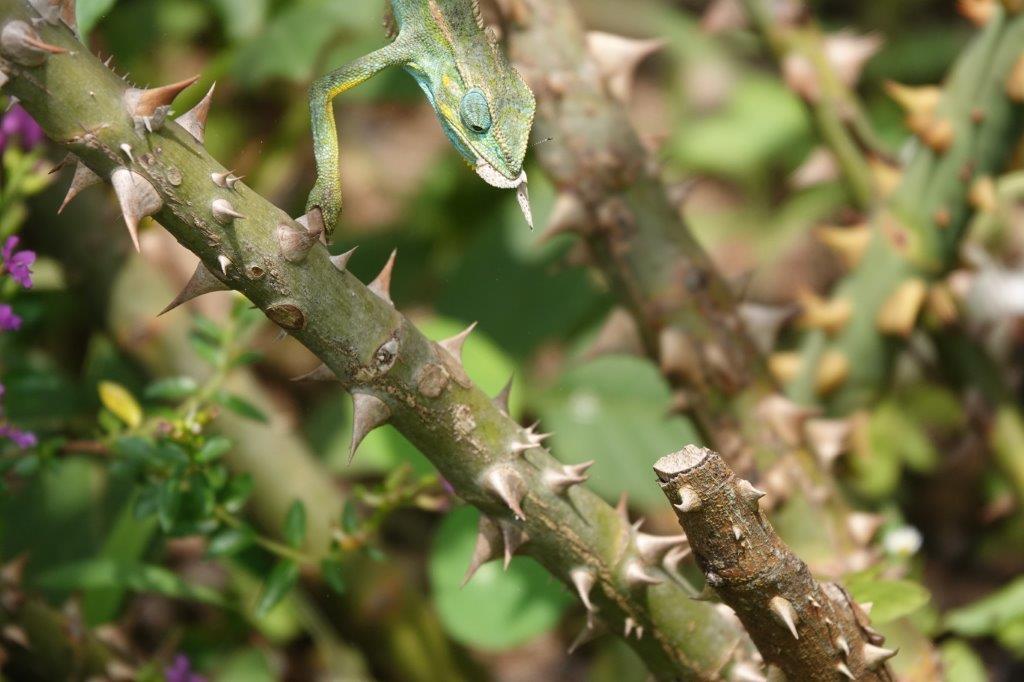 And here’s a teaser for My Two Days with Sammy, the indescribably wonderful period I spent with Sam (short for “Samantha” or “Samuel,” as its sex was indeterminate), a one-day-old orphaned mallard duckling who was ignominiously dumped in Botany Pond by an ignorant man. I rescued him and took care of him. Short take: he was a special duckling, who had loads of personality and was very vigorous and loving. He’s now at the Willowbrook Wildlife Center, a highly reputed bird rehab and rescue organization in Glen Ellyn, Illinois. He was placed with other orphan ducklings of his age so he won’t be bullied.

I hated to give him up, but it was, I think, the best thing for him—and how could I raise a mallard? 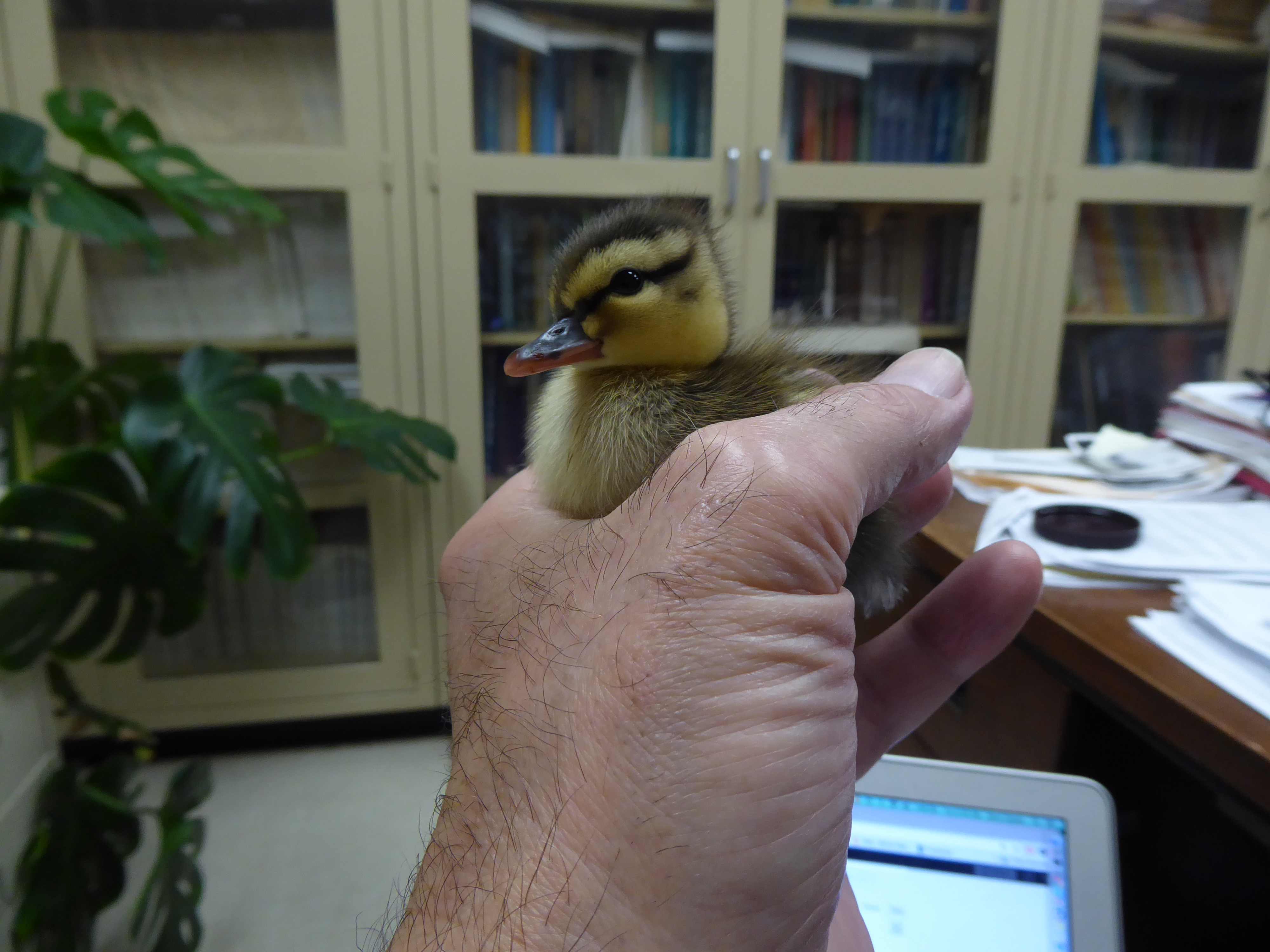