We have two contributions today: frogs and birds. The first set (frogs) comes from reader Jonathan Wallace. All readers’ captions and IDs are indented.

These pictures were taken at a small nature reserve near where I live (Newcastle upon Tyne, UK).  My wife and I visited a couple of times after dark this week enabling us to get outdoors, walk the dogs, and get some exercise ourselves while still respecting the social distancing required by the Covid-19 situation. We had the place to ourselves.

The pictures are of common toads Bufo bufo, which mate at this time of year.  As with other amphibians, toads need water to spawn and mating is achieved by ‘amplexus’ in the water with males clinging onto females from behind and releasing their sperm into the water as the female releases her strings of spawn.  Competition for females is intense, however, so males wait on dry land around the breeding pond in order to – hopefully – intercept females on their way to the pond after coming out of hibernation.

The other consequence of this competition is that it is common to see a single female with several males each trying to cling on to her while seeking to elbow off the rivals.  In some instances this results in a complete ball of toads with a poor female at the centre and I believe this can on occasion lead to females dying (your mallards are positively polite in comparison!).

I recall a few years ago in another nature reserve walking along a wooden boardwalk that had chicken wire tacked over the surface to make it less slippery to walk on.  I noticed a toad trying to force its way through the holes of this chicken wire but it had got itself stuck.  Closer examination showed that it was in fact a female toad with a male piggy-backing on her and refusing to let go.   As the toads could move neither forwards or back, I had to release them by bending the wire back and forth until it snapped and during all of this time the male grimly clung on so great was his drive to keep his prize!  I did eventually manage to release them and I hope that they succeeded in begetting a shoal of tadpoles! 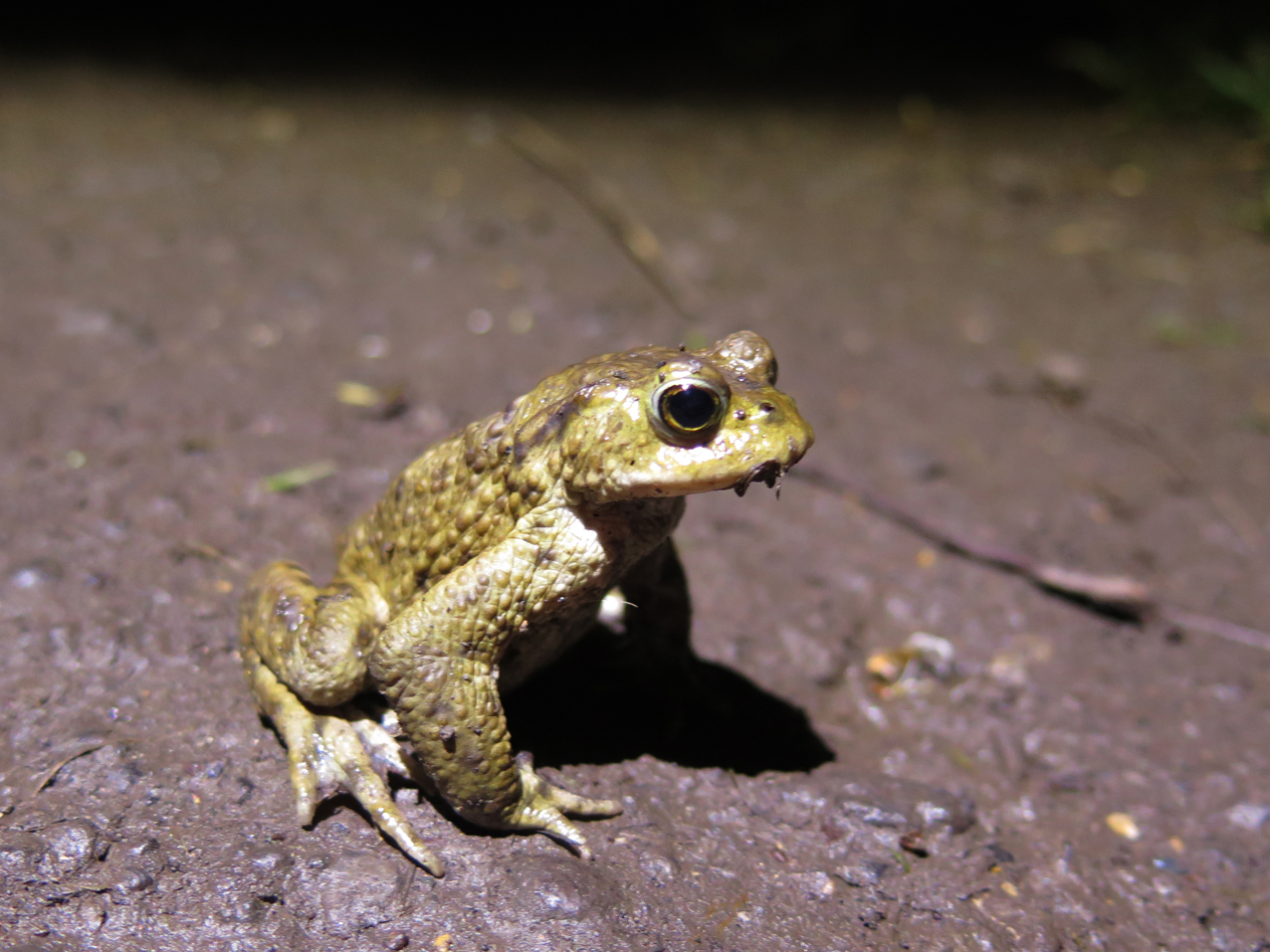 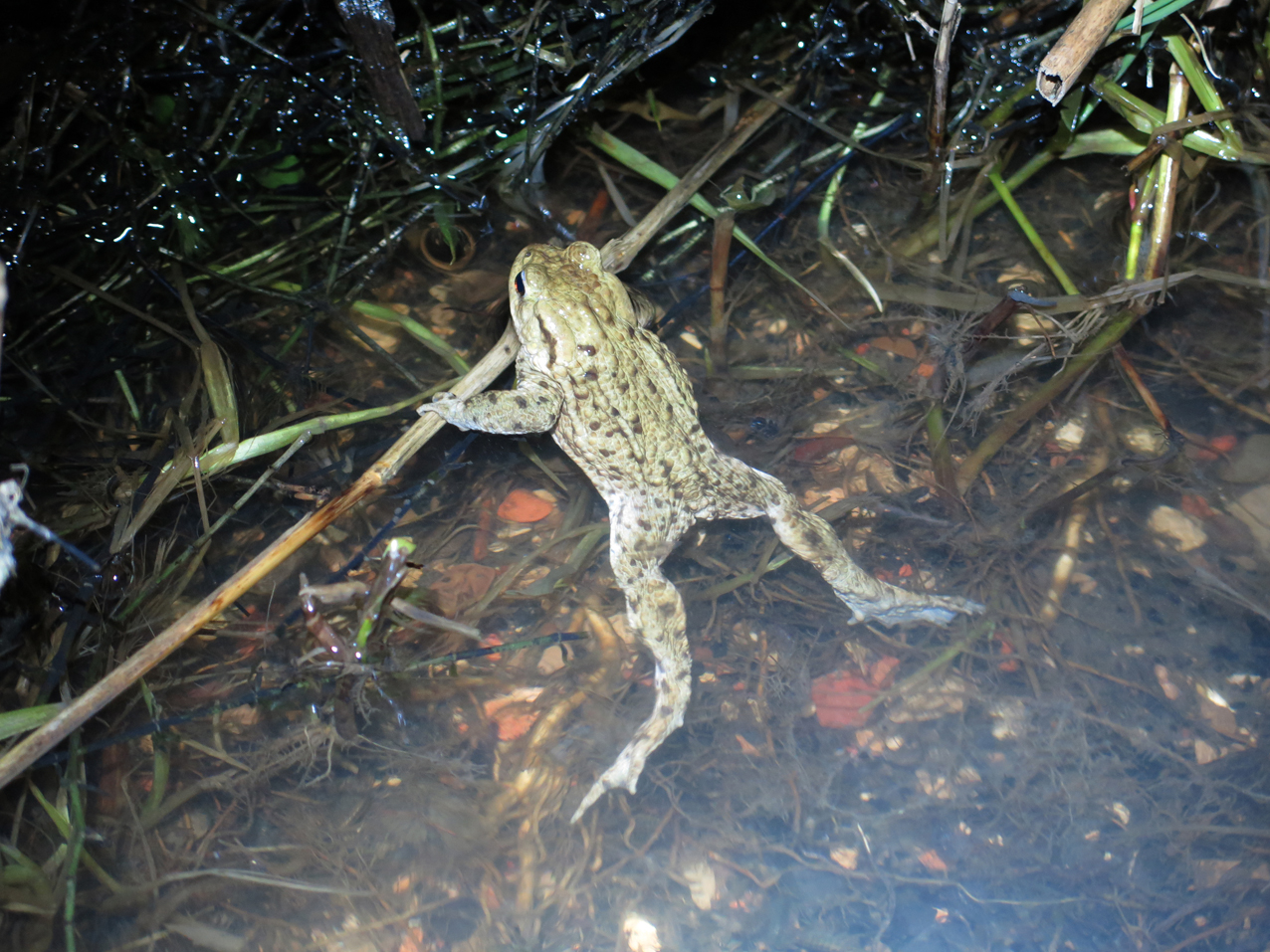 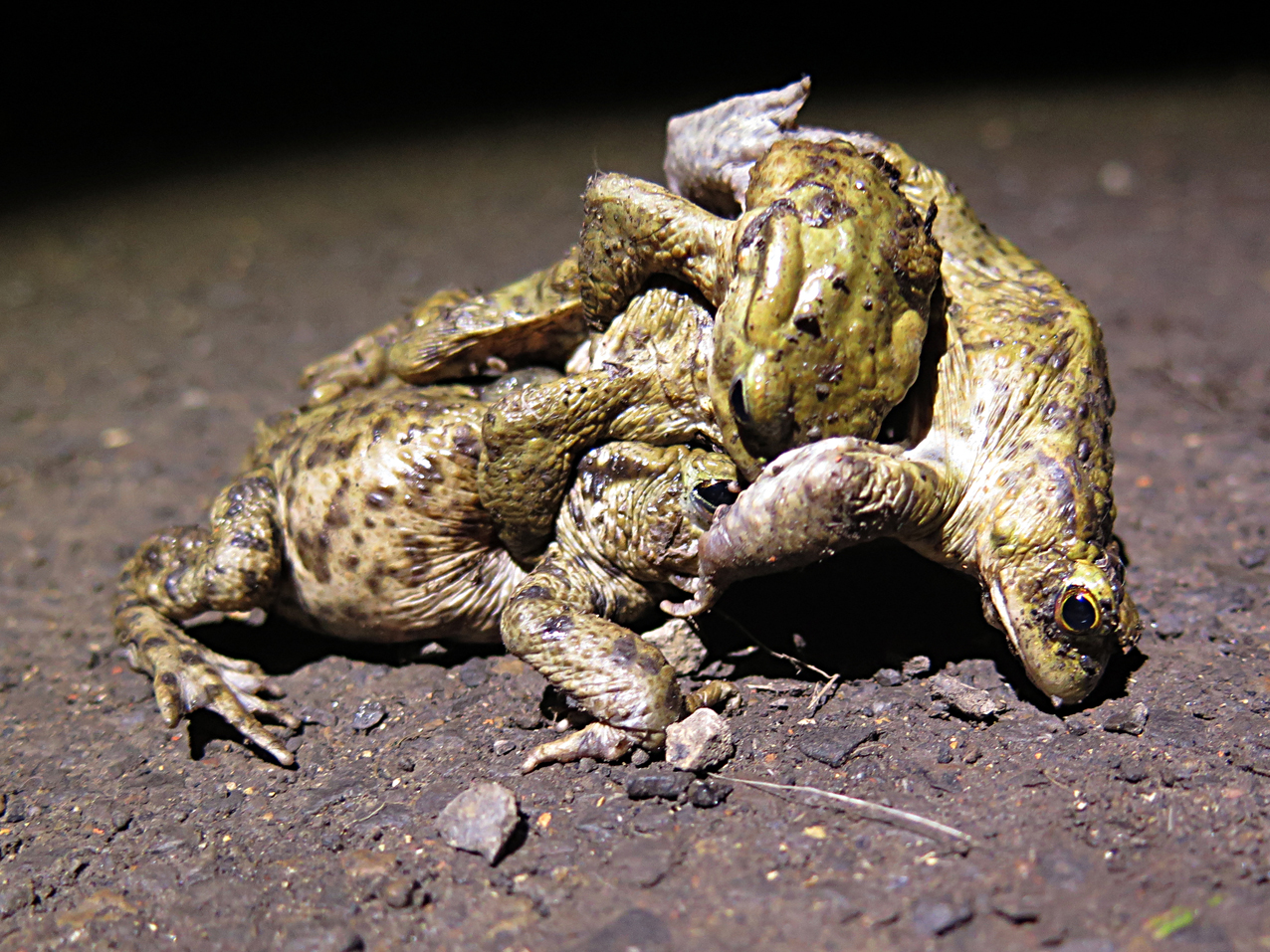 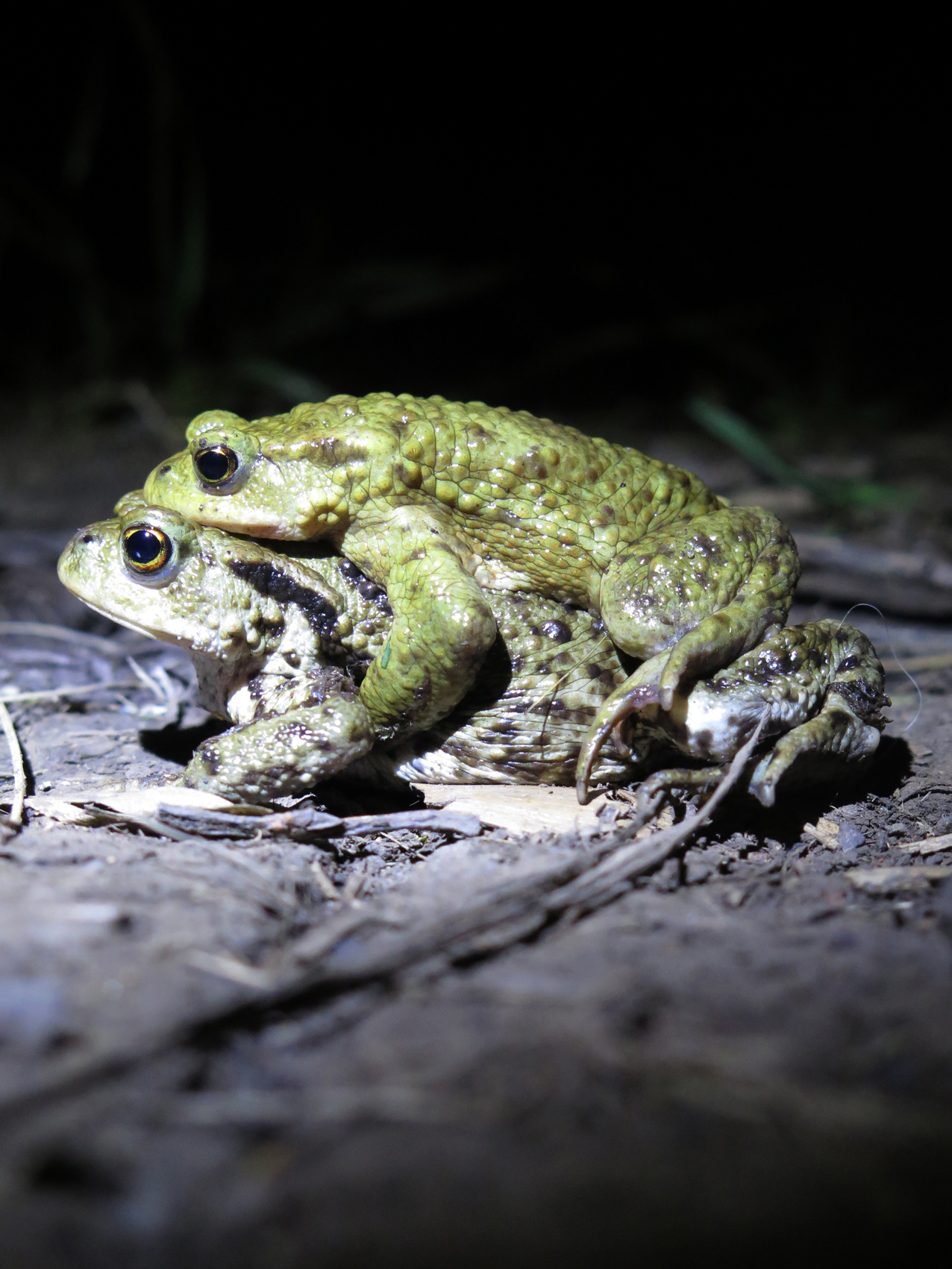 The last picture (taken a few years ago) shows a bunch of toads together in a scrum underwater  – it is a bit impressionistic but I quite like the effect! 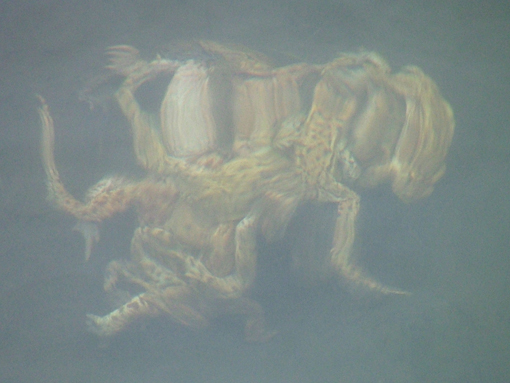 Flocks of noisy common grackles (Quiscalus quiscula) are common enough here, but the red-winged blackbird (Agelaius phoeniceus) is usually only seen as a single bird, generally sitting on a fencepost of a bullrush in a field. I assume they must travel back north as a flock and on arrival feed together until they split up into breeding territories. So I had never seen more than one at once until a flock of a dozen (flocking together with around two dozen  grackles – I expect the temporary alliances formed when different species flock together is something worth studying) turned up two days ago. I’m afraid the photos were taken through dirty windows, but I was too close for them to tolerate me opening the window, and it was too cold to leave the window open and wait. 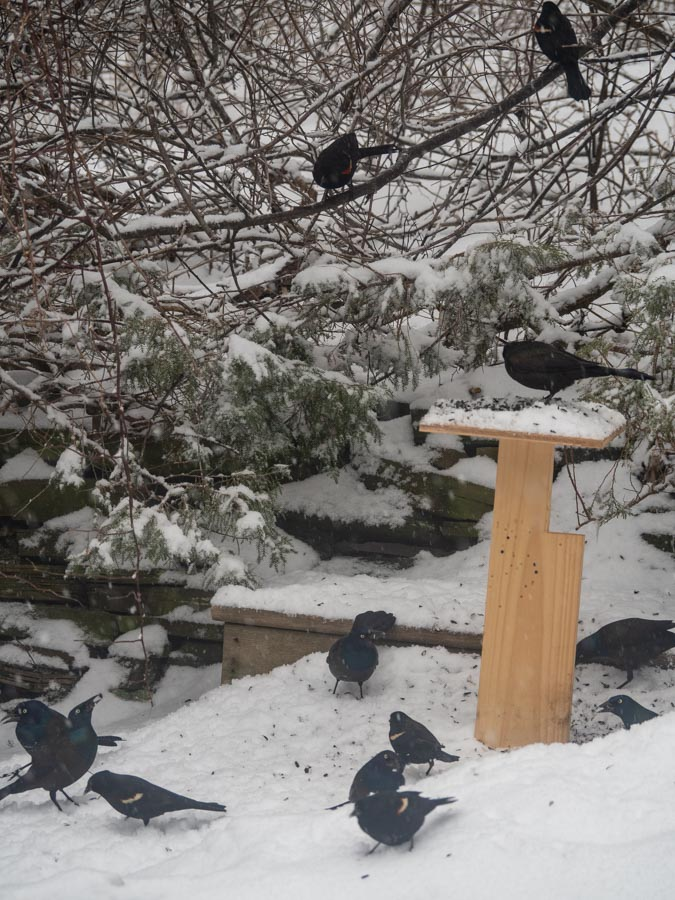 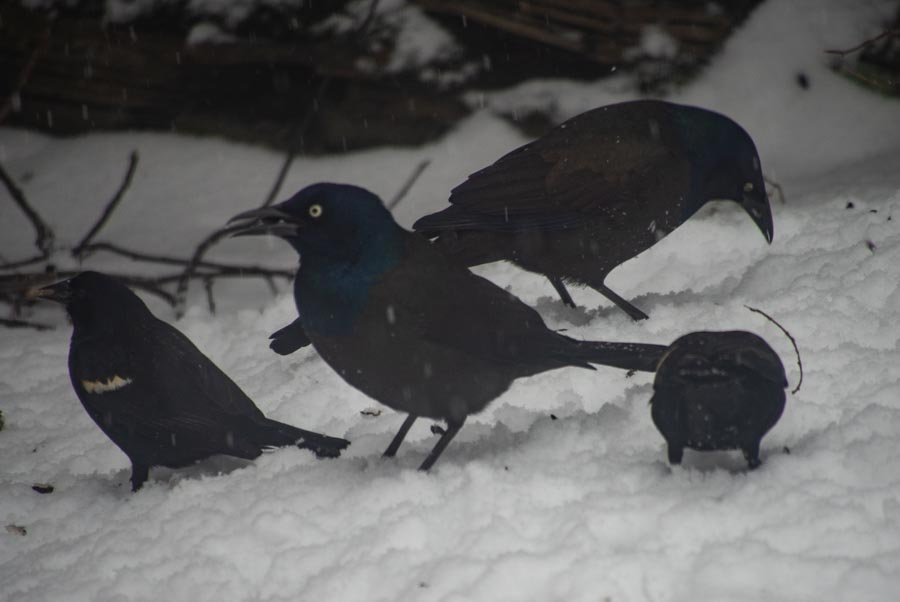