UPDATE: Greg found the debunking paper from J. Archaeological Science Reports (Science got the name wrong), and a judicious inquiry will land you the paper.

I’m about to start reading the book below, which was published on March 1 and was kindly sent me by the author, Andrea Nicolotti, a professor at the University of Turin: specifically “Professor of History of Christianity and Churches”. That’s ironic because, according to Andrea, the Shroud of Turin is a bogus relic—something that most people acquainted with the evidence have realized for a while. As Andrea wrote me:

There is no evidence that the shroud comes from the time of Christ. On the other hand, there are three major contrary proofs: 1) the historical documents, which points to the 14th century (that was showed for the first time by a serious French historian more than 100 years ago); 2) the radiocarbon analysis, which points to the 14th century; 3) the study of the type of fabric, which points to the 14th century. Obviously these three arguments are ignored or manipulated by believers in authenticity. In my book you will find a detailed discussion of the historical matter (point 1) and the story of the C14 radiometric dating (point 2). I have also published an in-depth study about the type of fabric, but in another book (point 3)—unfortunately only in Italian. In the book you will receive I can’t go deeper into all the scientific aspects, because it remains a history book. In any case, I know all the literature about the argument, and if you will have any doubts on some issues I can provide you with the bibliography.

It’s a long book—524 pages—but I’m looking forward to finally seeing all the arguments collected in one place. 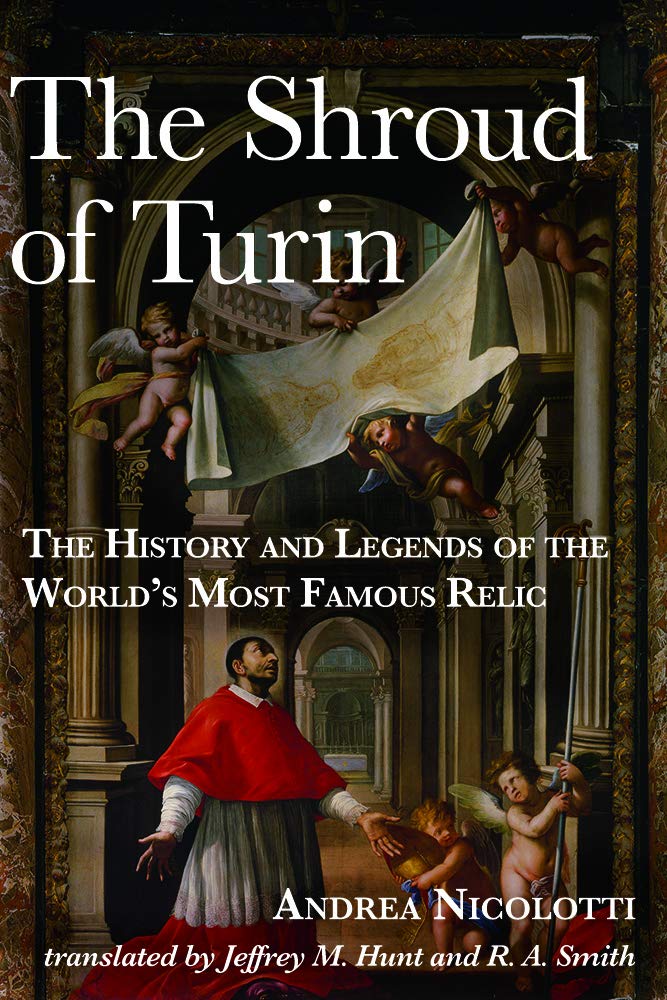 As the cover says, the Shroud is “the world’s most famous relic” (at least of Christianity), but another famous one has just bit the dust, at least according to Ann Gibbons’s new article in Science (click on screenshot). Her piece recounts a new analysis published in the Journal of Archaeological Science, a journal I can’t access through my library. 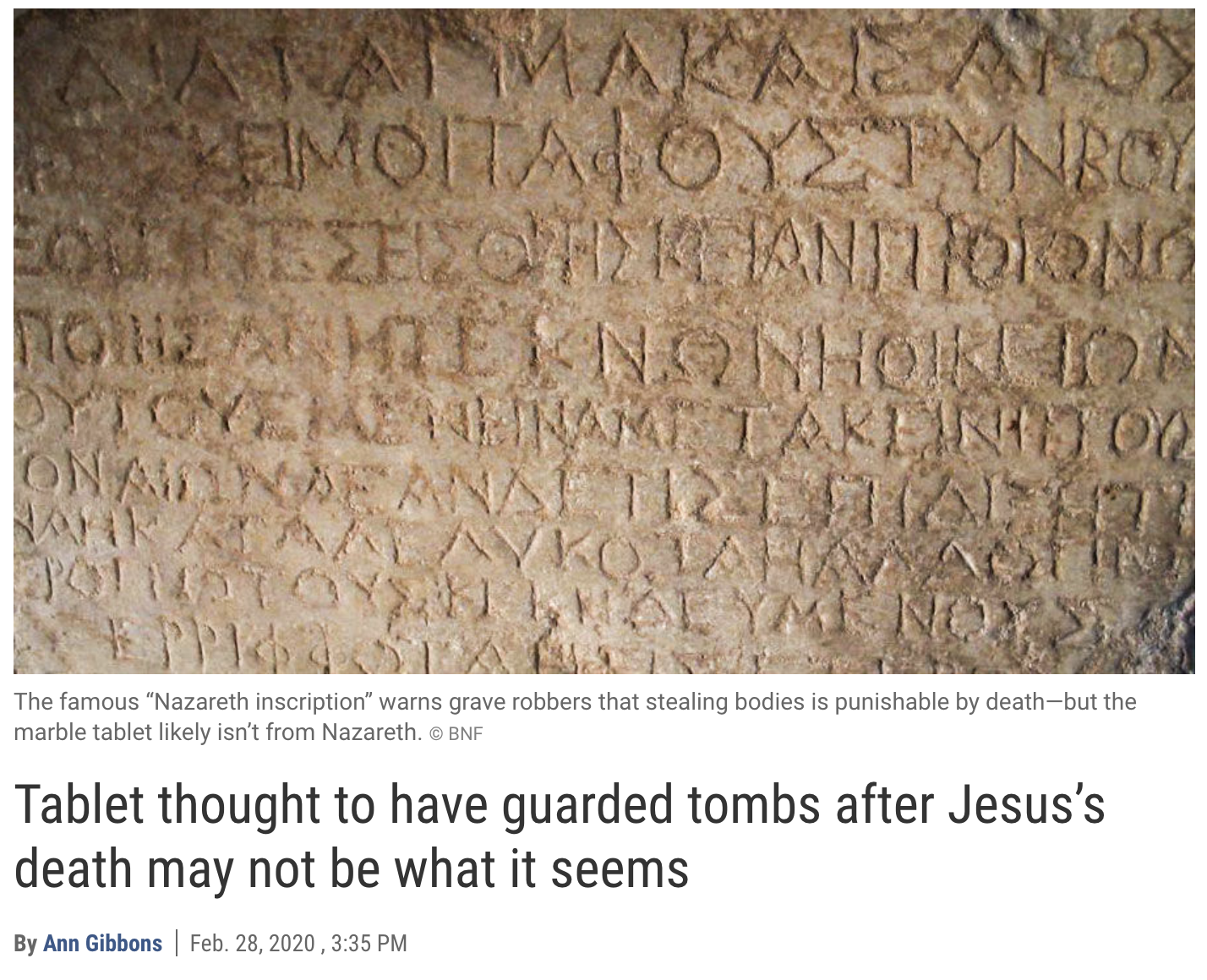 It’s a short piece about what was thought to be the “Nazareth Inscription” a Greek inscription on a piece of marble acquired in 1878 by a curator at the Louvre, and left behind with a note that the stone “came from Nazareth”. The Greek inscription is an “Edict of Caesar” that threatens death to anyone who robs the grave that the marble presumably topped.

Naturally, Biblical scholars—often faithheads who want to prove the truth of the Bible rather than question it—took the curator’s note and the inscription to mean that, yes, Jesus himself was in that tomb. The article, says epigraphist (one who studies inscriptions) John Bodel of Brown University, was “considered by many Biblical scholars to be the oldest physical artifact connected to Christianity.”

Well, rational people should abandon that view, according to the new article in the journal by Kyle Harper. Chemically analyzing the marble, Harper showed that it was a close match to the chemical composition of rock from a marble quarry on the Greek island of Kos. That doesn’t rule out that the marble was mined in Kos and transported to Nazareth, but Bodel considers that unlikely.

Further, says Gibbons, other epigraphists argue that the kind of Greek used on the inscription “was rare outside of Greece and Turkey.”

So what is this thing, if not a warning to leave the bones of Jesus alone? Gibbons summarizes the paper’s conclusions:

Based on the style of the inscription and the age of the quarry, Harper and colleagues propose the object was carved in the first century B.C.E. for a ruler on Kos known as Nikias the Tyrant. Sometime after his death in about 20 B.C.E., angry citizens of Kos pried open his tomb and dragged out his corpse, according to an ancient Greek poem.

Then-Emperor Augustus, who knew of Nikias, may have ordered the tablet to re-establish law and order in the region, Harper says, although that inference has not yet been proved. Harper’s team plans to use stable isotope analysis on other Roman and Greek marble artifacts, too, he says. “We want to apply this to other tales.”

And another beautiful idea destroyed by ugly facts.  It’s curious, but not surprising, that every time a bit of evidence offered to support Jesus’s existence is debunked, “Biblical scholars” and believers don’t reduce their belief in a Bayesian way. But when evidence is adduced in favor of Jesus (e.g., they once thought the Shroud of Turin was real because they said it contained pollen from spring-blooming flowers of the Holy Land), they strengthen their belief. This is no way to deal with evidence. But it’s Christianity, Jake!

50 thoughts on “Another Jesus relic goes down the drain”