Don’t forget to send in your wildlife photos (if you did already, I almost certainly have them in the queue). Today’s batch comes from Tony Eales in Australia, who sent a diverse batch of insects, spiders, plants, fungi, and reptiles. Tony’s notes and IDs are indented. This was sent February 17.

We’ve had buckets of rain that has finally got the fires completely under control albeit with a fair amount of flooding. This weekend was the first one dry enough to really get out with the camera and see how things are. In the open eucalyptus forests, there is a lot of late flowering now that the rains have come. I found this native Spade Flower which is in the violet family, Afrohybanthus stellarioides. 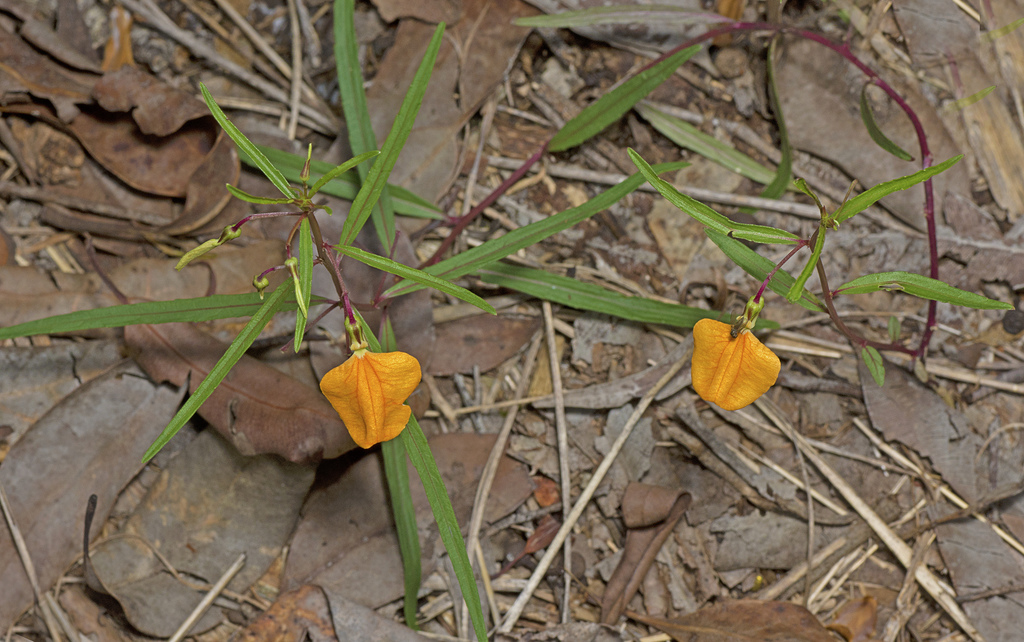 Up in the local rainforest there were signs of life everywhere. Particularly striking were the fruiting bodies of a Honeycomb Coral Slime Mould, Ceratiomyxa fruticulosa. 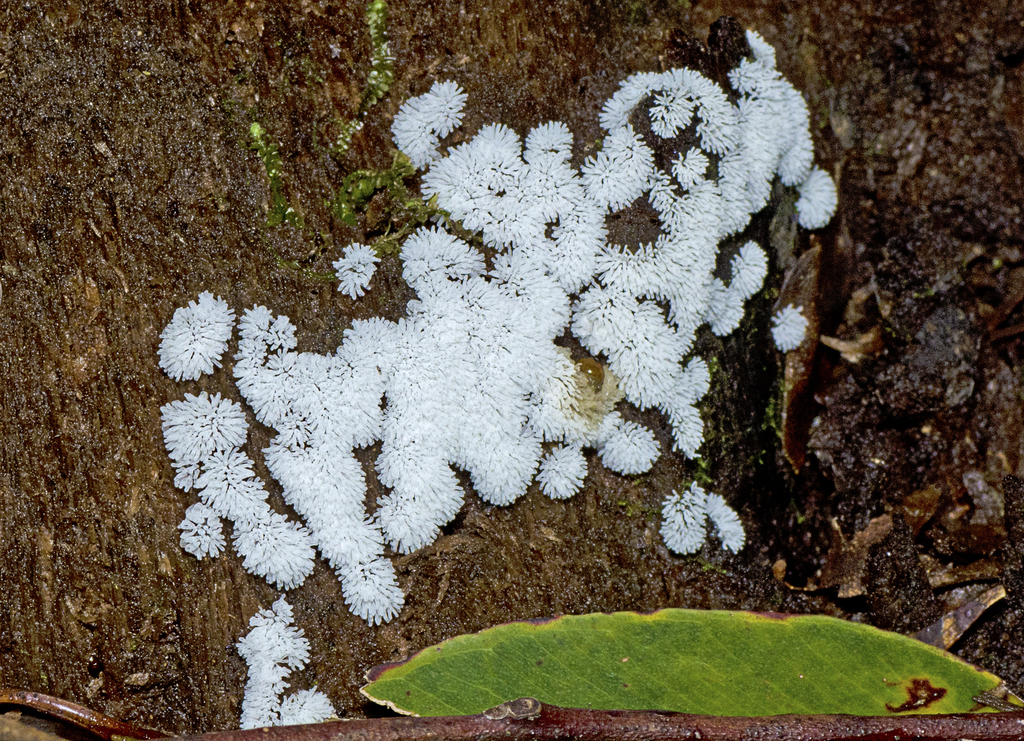 The nice thing about doing macrophotography in the rainforest in Australia is that you can often be the first person to get a live photograph of a species.

This one was a tiny fungus weevil, Eupanteos sp. I was informed by an expert on iNaturalist that this is an endemic genus with five known species in Australia (two undescribed), and while it most resembled E. bifasciatus, the taxonomic description for that species has a white stripe both above and below the dark band; so perhaps it’s something else. 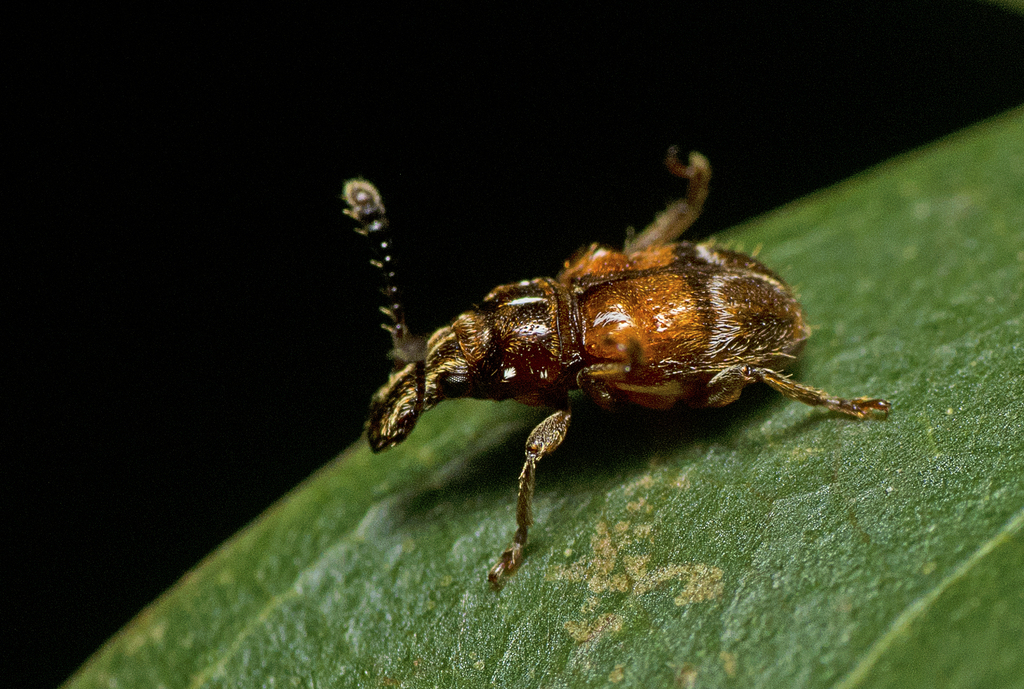 A small Lauxaniid fly, these flies are small and often mistaken for fruit flies. The one in the photo is Poecilohetaerus pinnatus. While I can find live photos of other Poecilohetaerus species, I believe this is the first online of P. pinnatus. 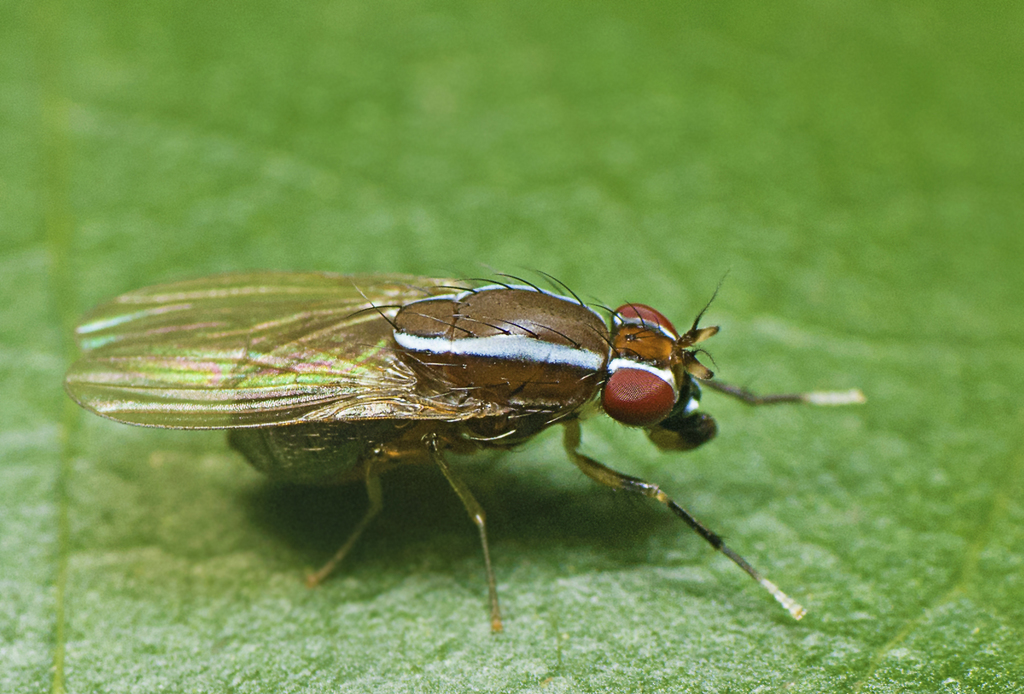 I have sent a picture of this species of Rhotana, a small Derbid planthopper from the rainforest, before. But now I have better equipment and have got a clearer image. This species is hypothesized to have a portrait of a jumping spider on its wing. This is something we see a lot as shown in this cool paper, “Do jumping spiders (Araneae: Salticidae) draw their own portraits?” by David E. Hill, Abhijith A. P. C.  and João P. Burini. 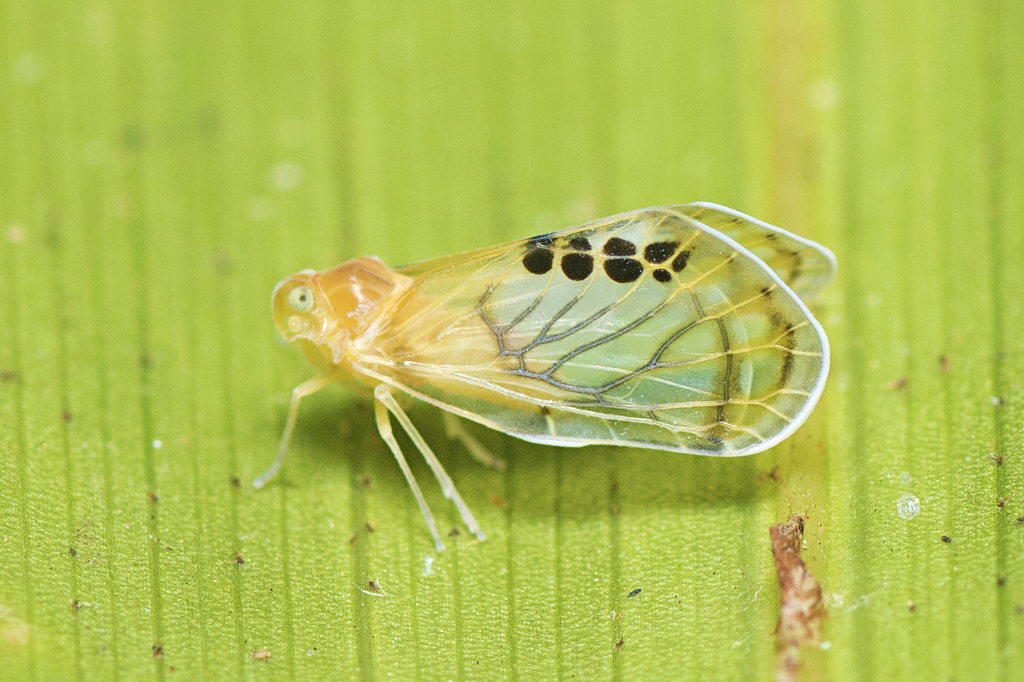 Because of the recent rain there were lots of these Dripping Bonnets, I think they are Southern Dripping Bonnets, Roridomyces austrororidus which I have photographed in Tasmania; but they may be a different sub-tropical species. 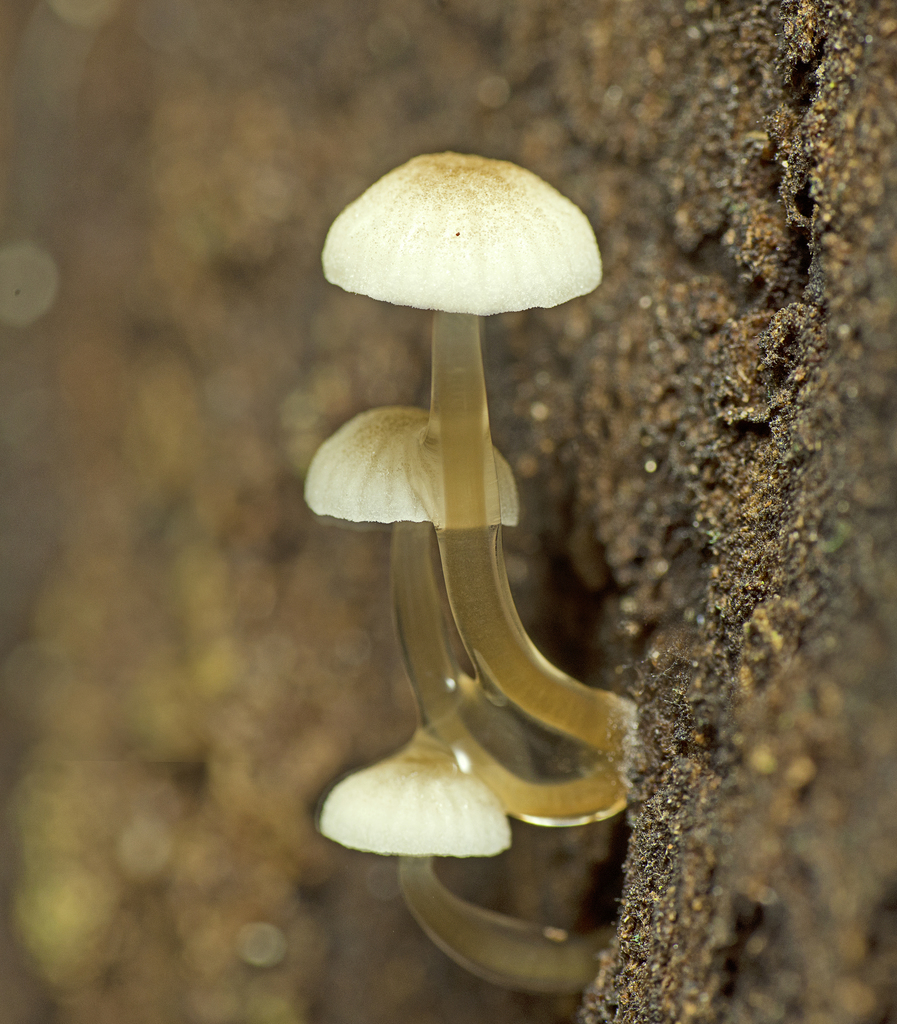 The find of the day was a ground dwelling Funnelweb Hadronyche sp. probably either H. infensa or H. valida. Apparently only an expert can tell them apart, and that is with a dead male specimen in hand. Females of the two species are indistinguishable. I guess DNA would work too. I managed to annoy it sufficiently to get the classic threat pose with the drop of deadly venom on its fangs. Find-a-spider website has some very good notes on funnelwebs.  “Funnel-webs rarely climb and so will usually be found at floor level in a part of the house where the humidity is high. When provoked, both sexes rear up (though they do not jump) and drops of venom appear on the ends of their fangs. This tendency to void venom is an important identifying feature of funnel-web spiders.” 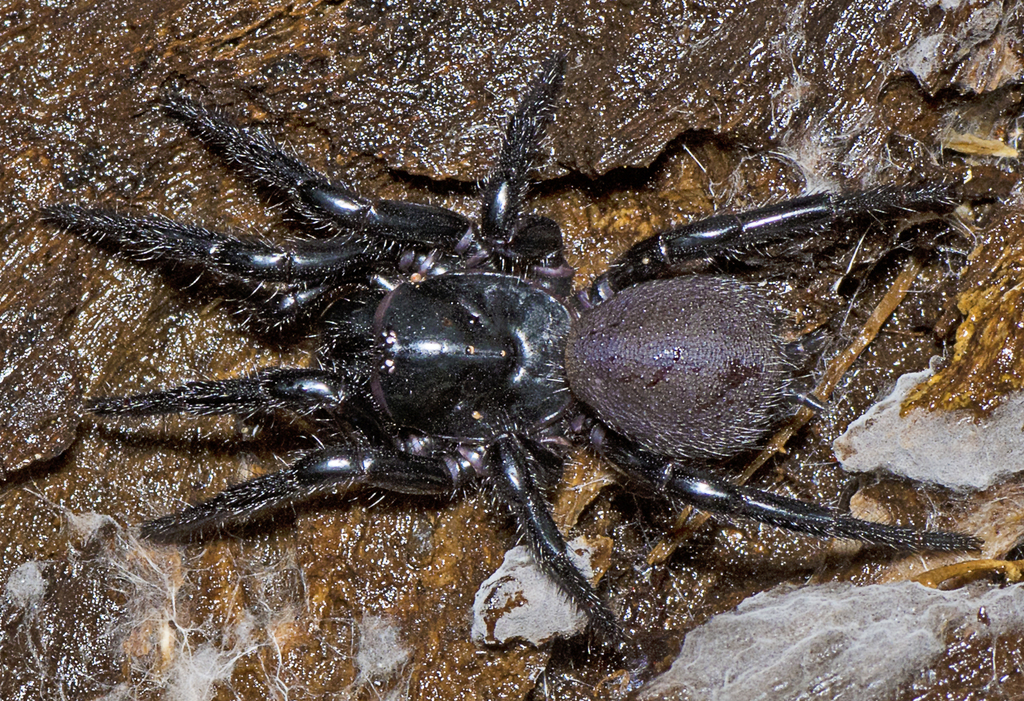 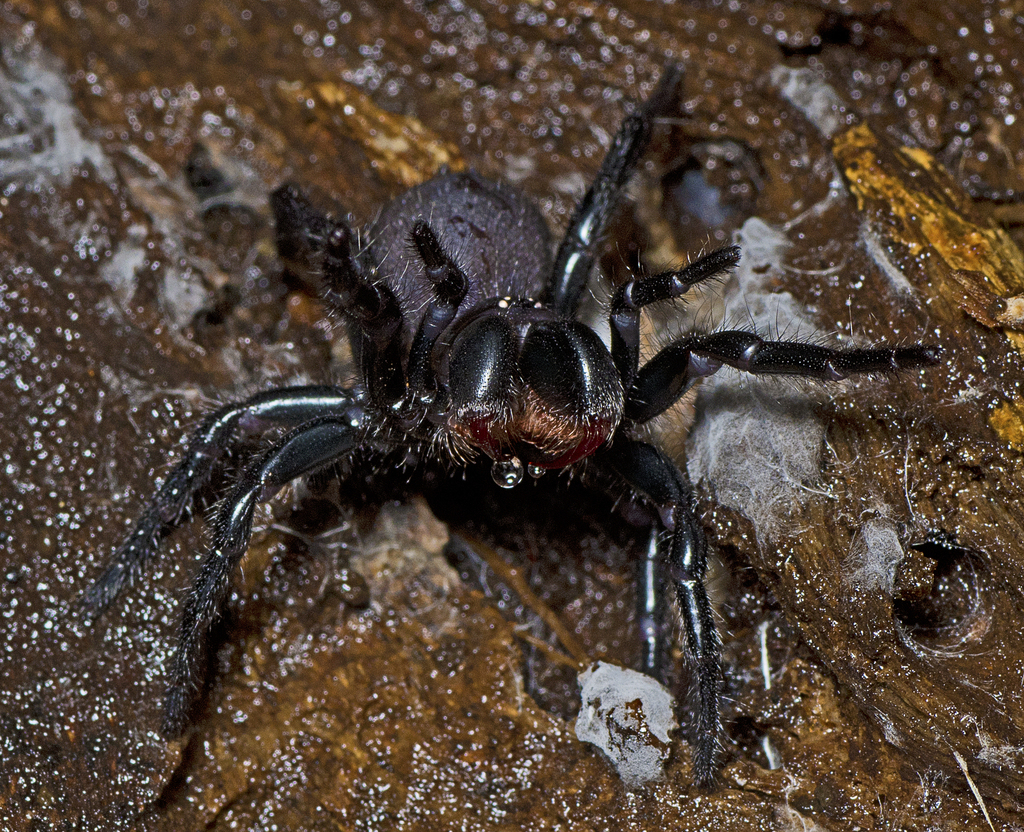 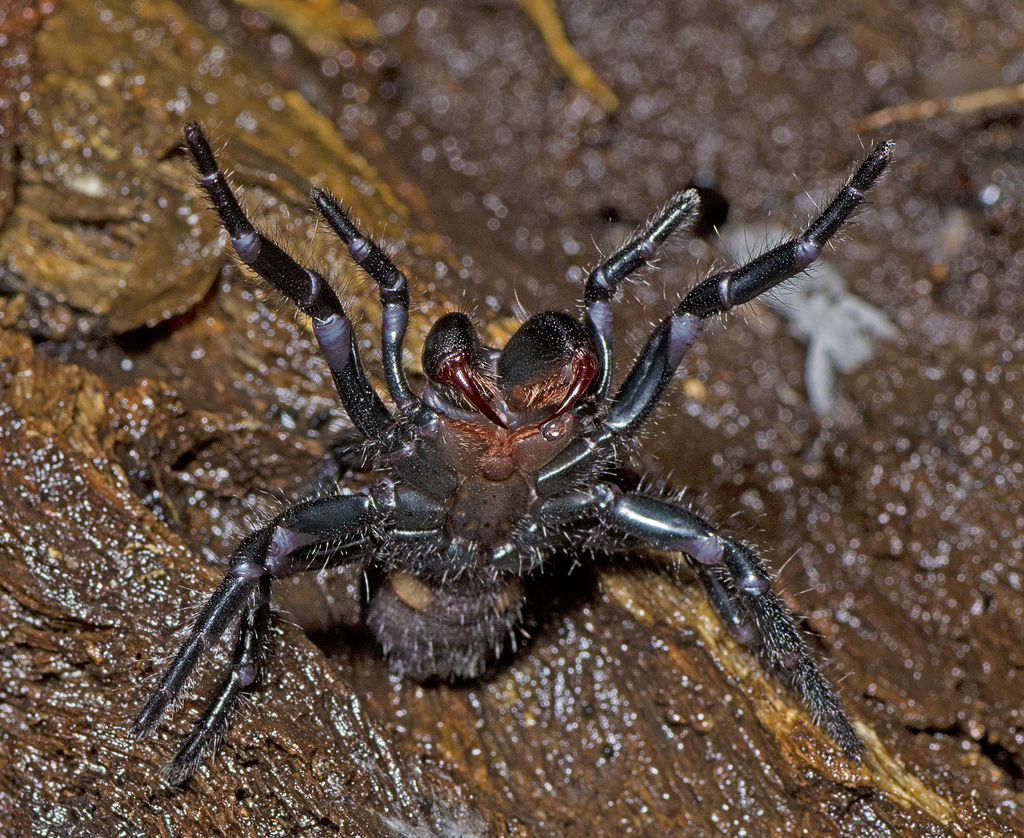 Lastly, we had a visitor in the backyard chicken run. A coastal Carpet Python, Morelia spilota ssp. mcdowelli. It hung in the lower branches of a bush in prestrike mode, perfectly motionless for several hours. I’m hoping it got one of the rats or feral doves that come for the chicken feed. It was a young-looking snake that didn’t look like it could swallow our chickens, but I didn’t risk it and let them run in the yard while the snake was there. 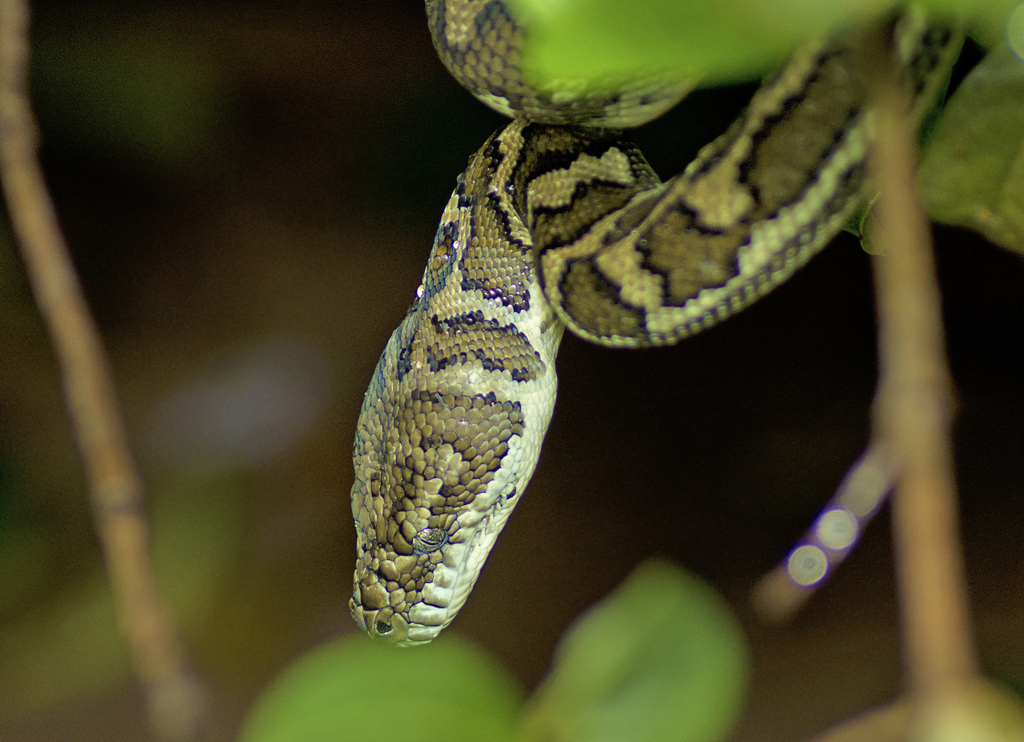