“Science and religion again. And it won’t be the last time.”

Indeed; one could have called this strip Faith Versus Fact, and I suppose it summarizes my book in just four panels. It’s a particularly good strip, but of course I’m biased. 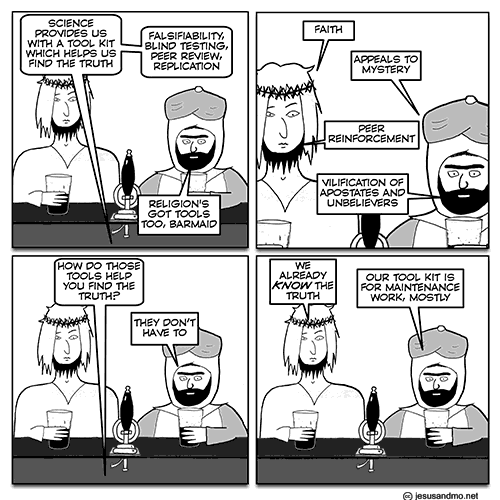 Go here to become a Patreon of the strip, and here to buy the latest collection of cartoons (I wrote the foreword).