Today we feature the bird photos of reader and regular contributor Joe Dickinson, whose notes and IDs are indented.

Here is the first of two sets of bird photos from a recent visit to the Merced National Wildlife Refuge over in the California Central Valley near Los Banos.

By far the most plentiful species are mixed flocks of snow geese (Chen caerulescens) and Ross’s geese (Chen rossii). These are almost always in mixed flocks, at least here in Central California at this time of year, and are hard to distinguish unless you can see the heads up close (which was not the case this time). 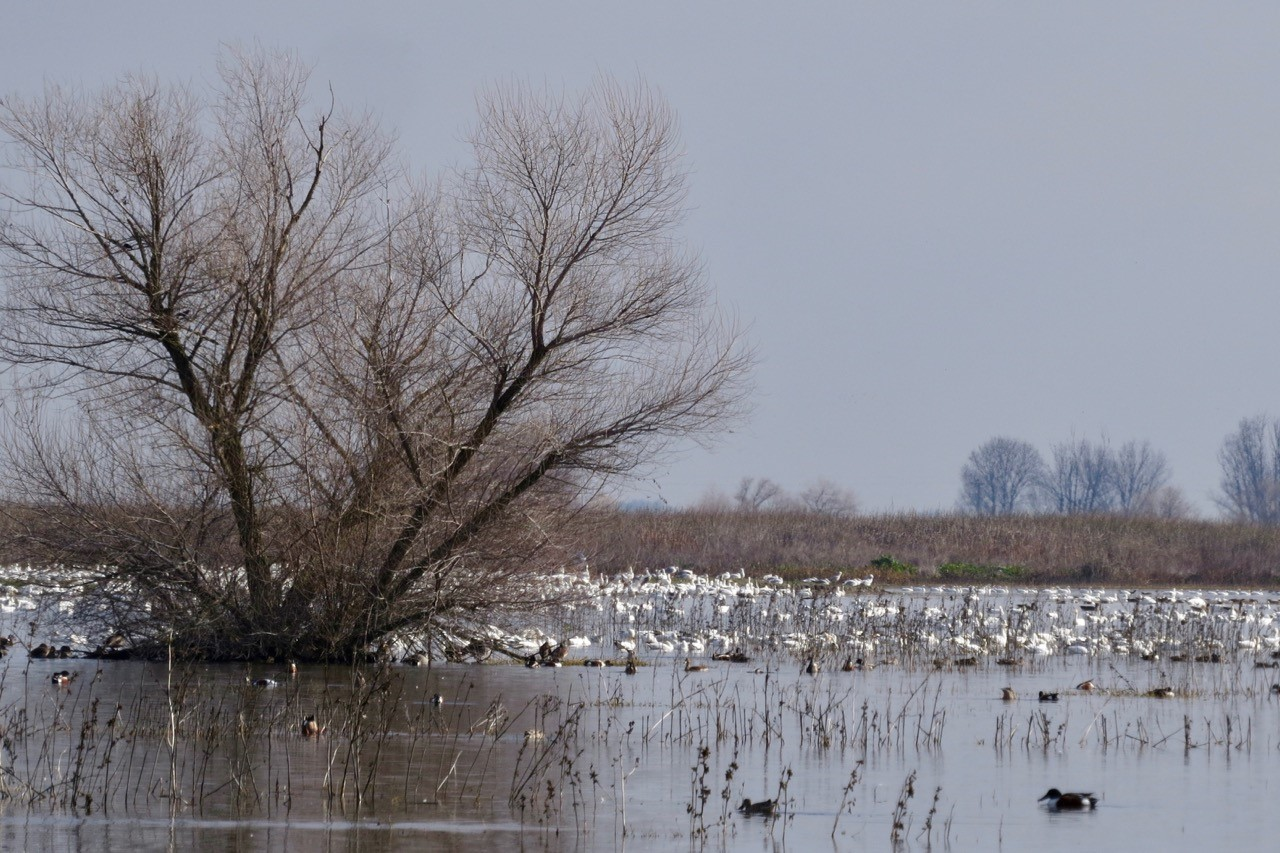 Based on expected distribution, this almost certainly is a white-faced ibis (Plegadis chihi): 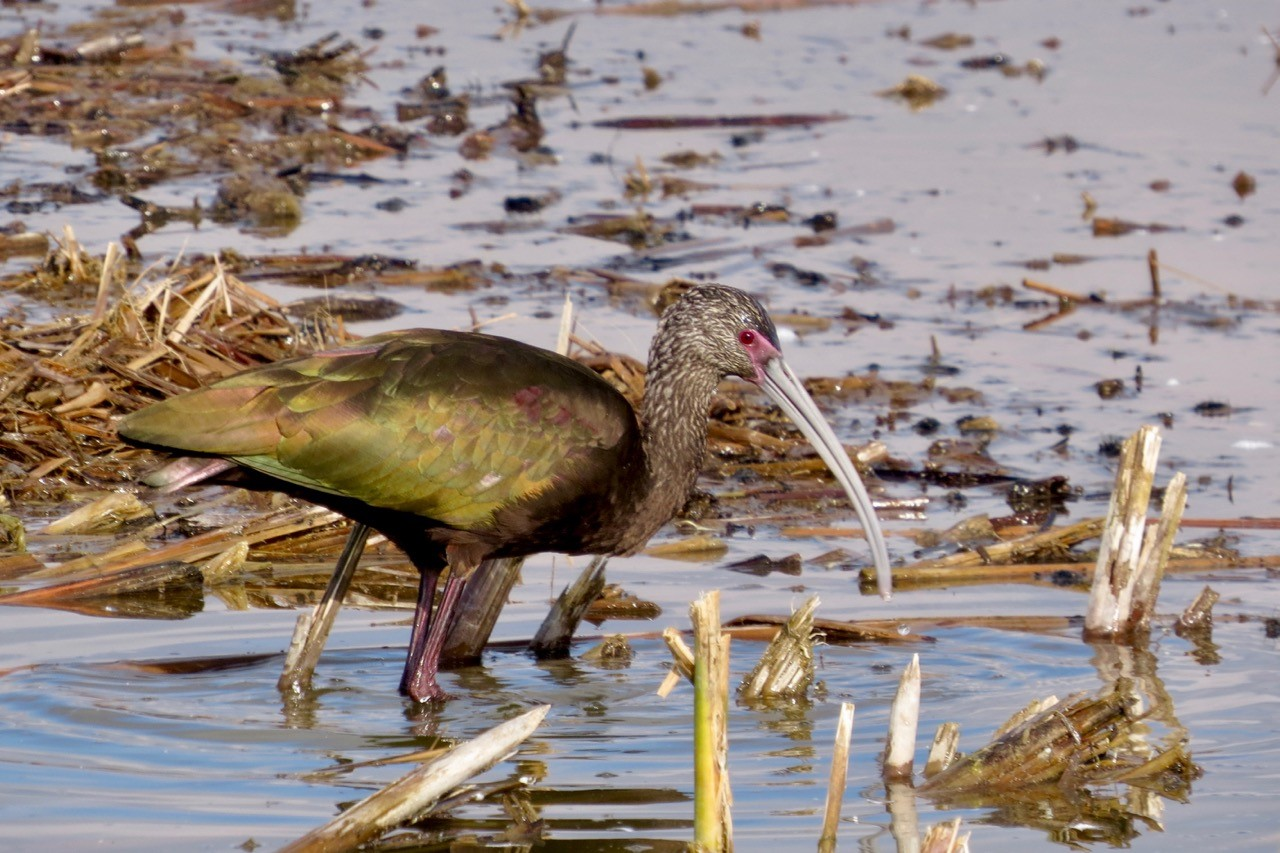 Black-necked stilts (Himantopus mexicanus) are among my favorites—so “elegant” looking. 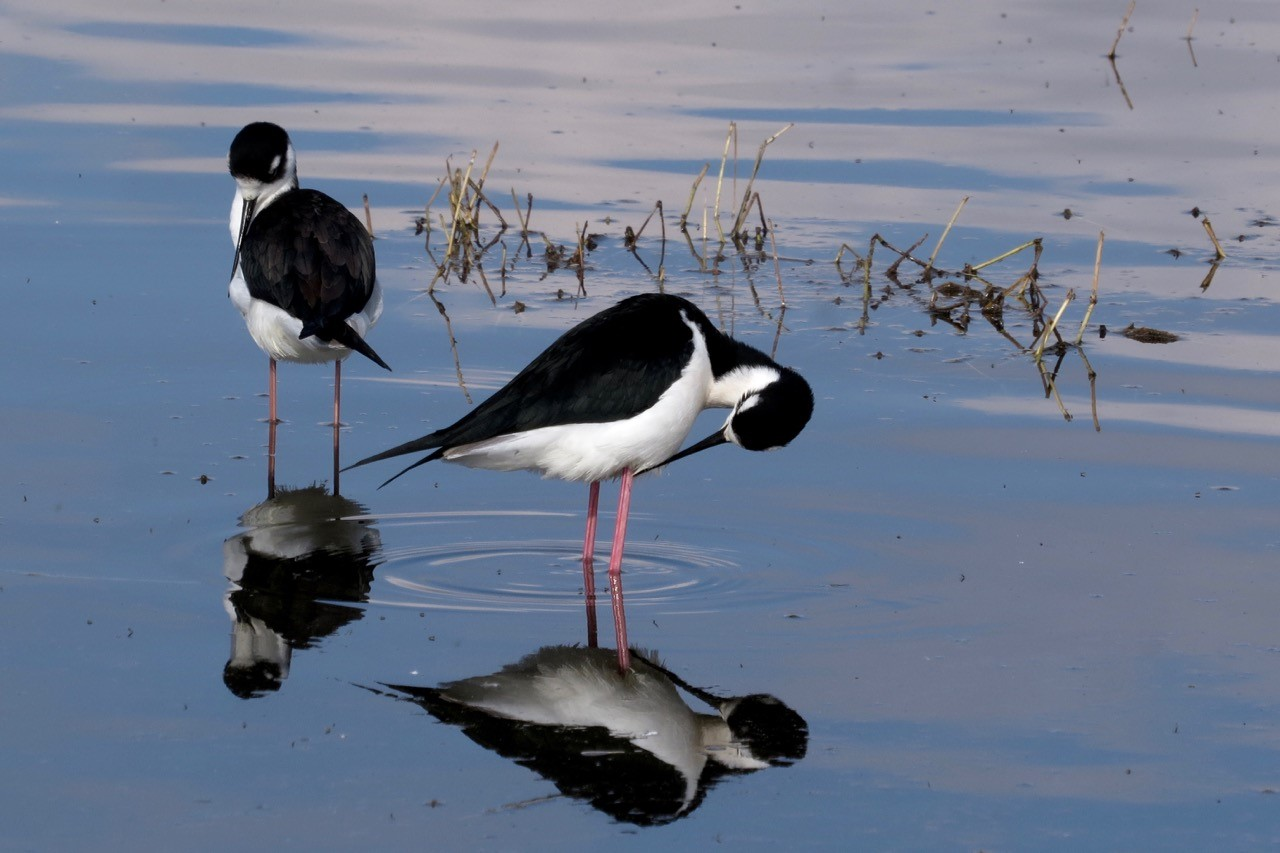 I’m pretty sure this and the following are red-tailed hawks (Buteo jamaicensis), possibly  juveniles.  I couldn’t see the tail. 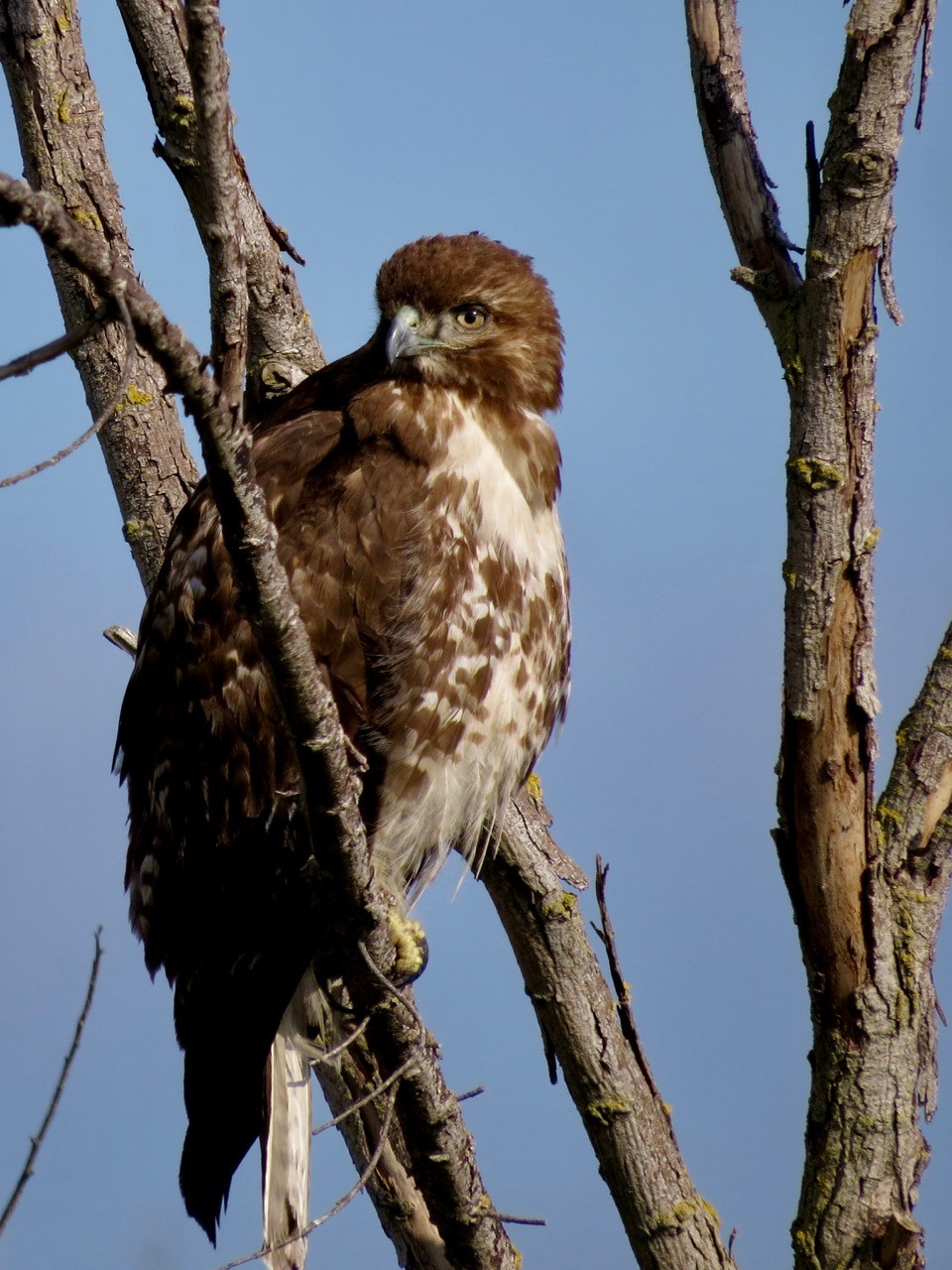 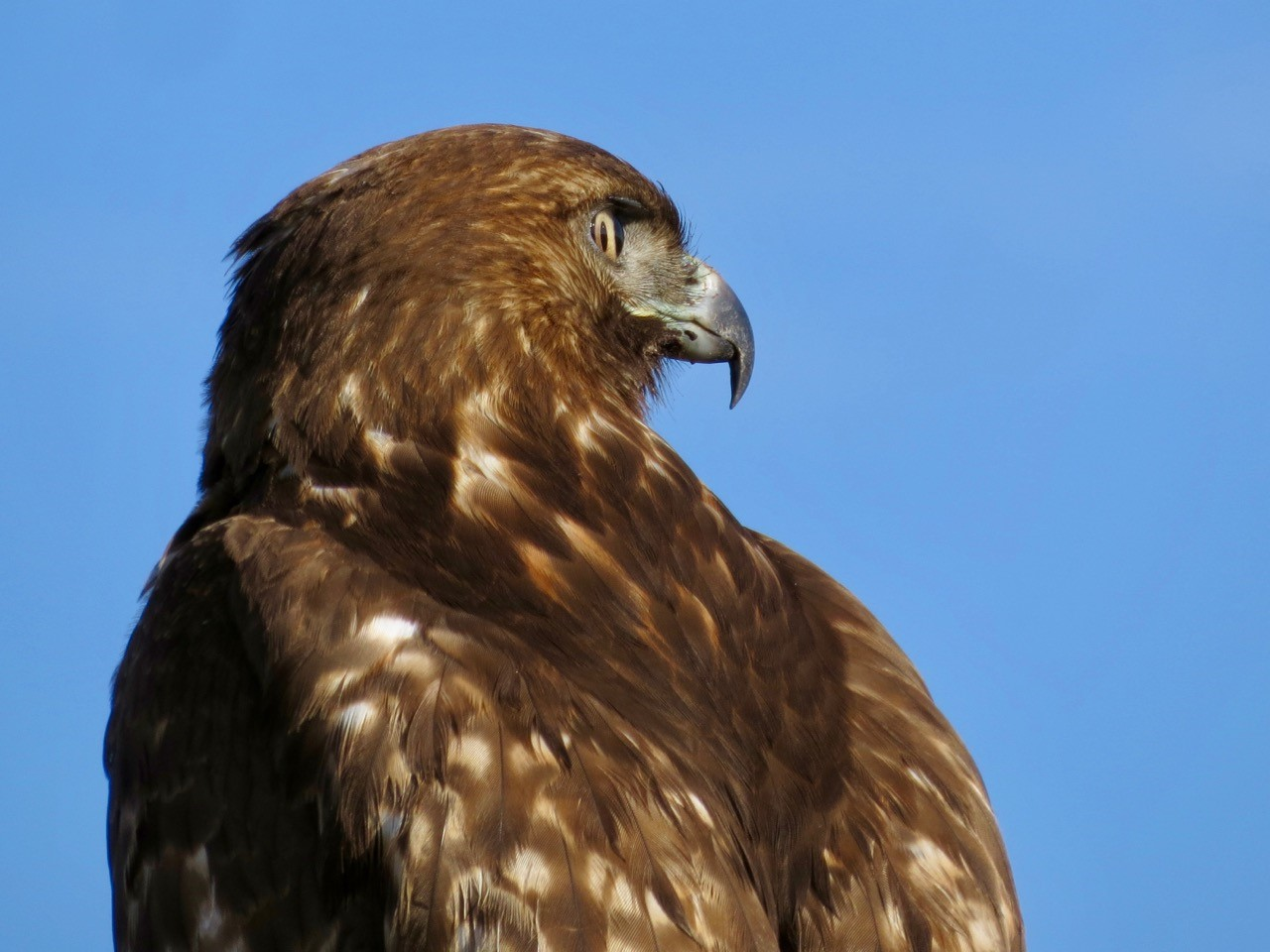 Not as abundant as the geese, there still were very large numbers of sandhill cranes (Grus canadensis). 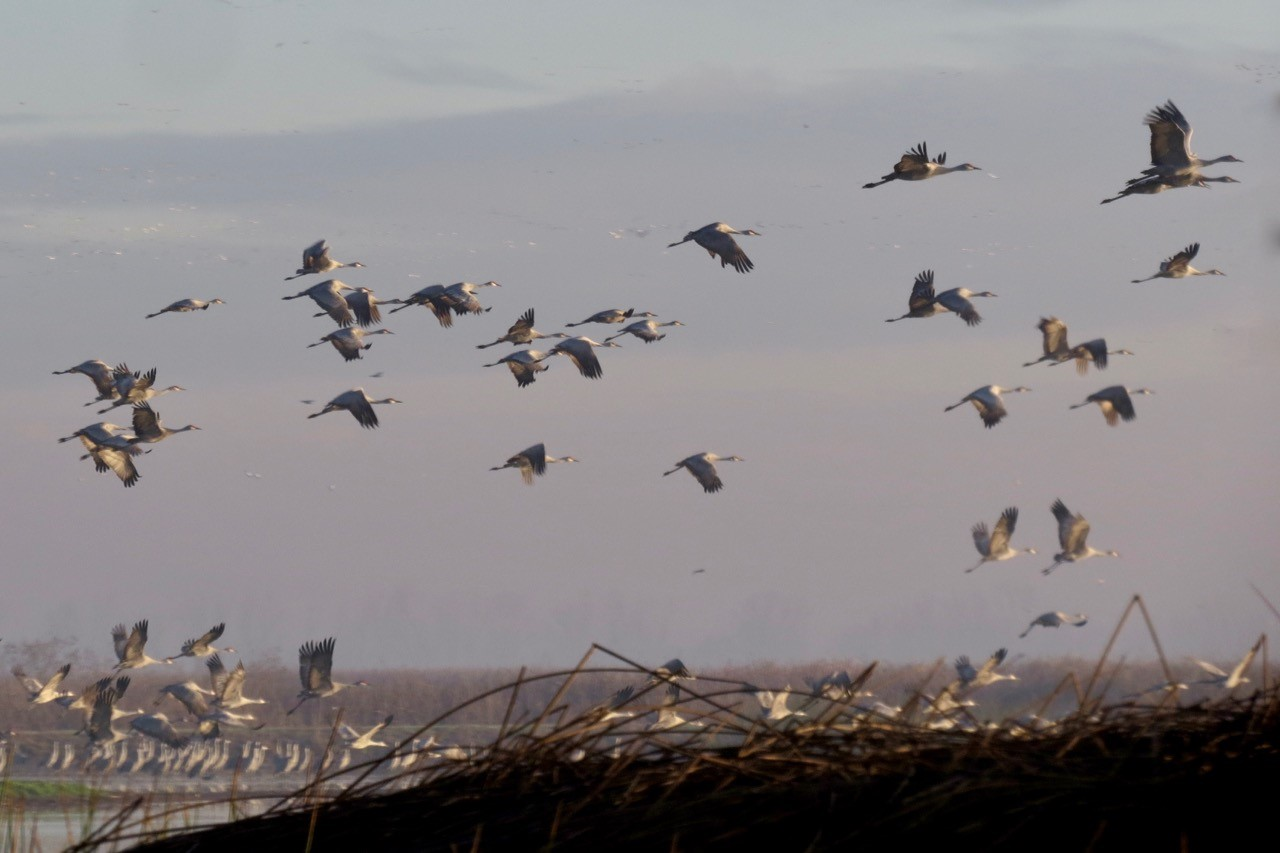 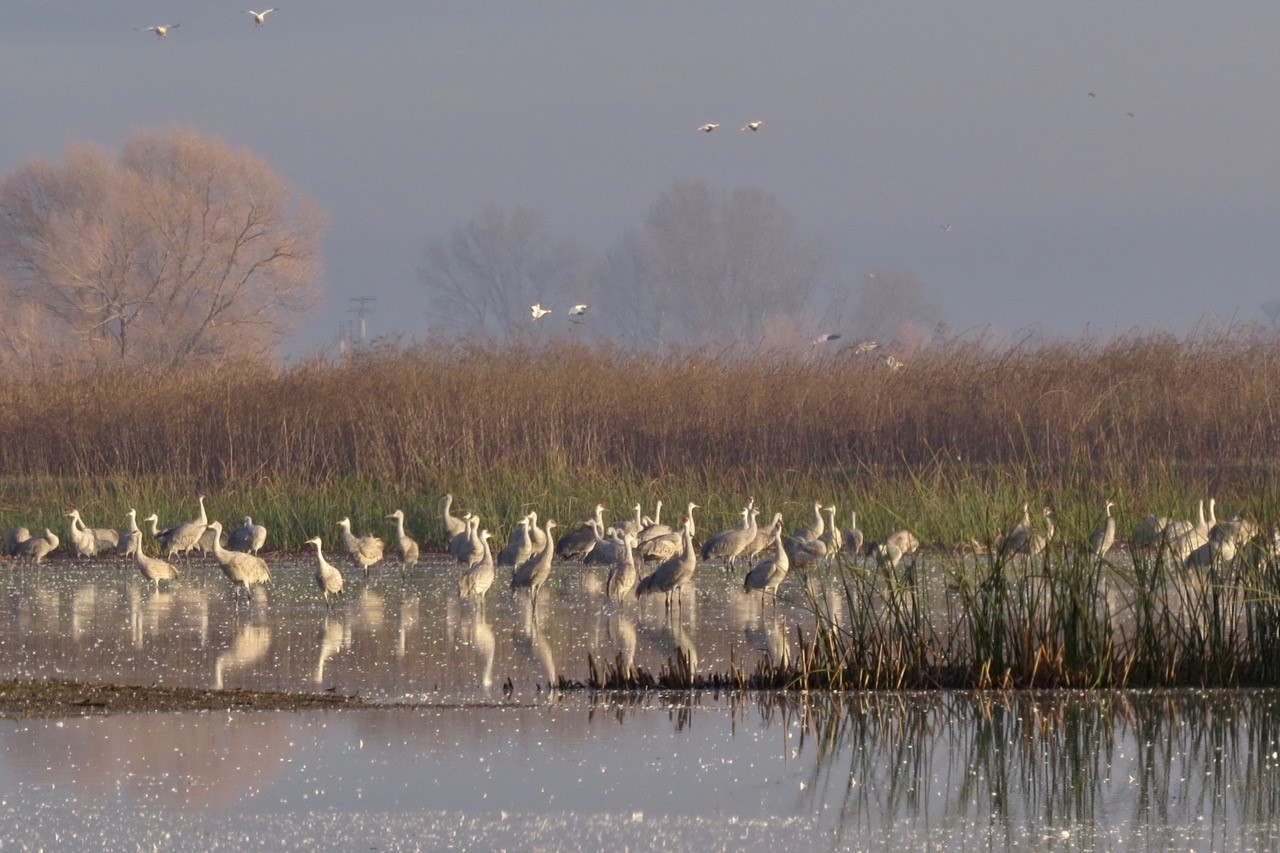 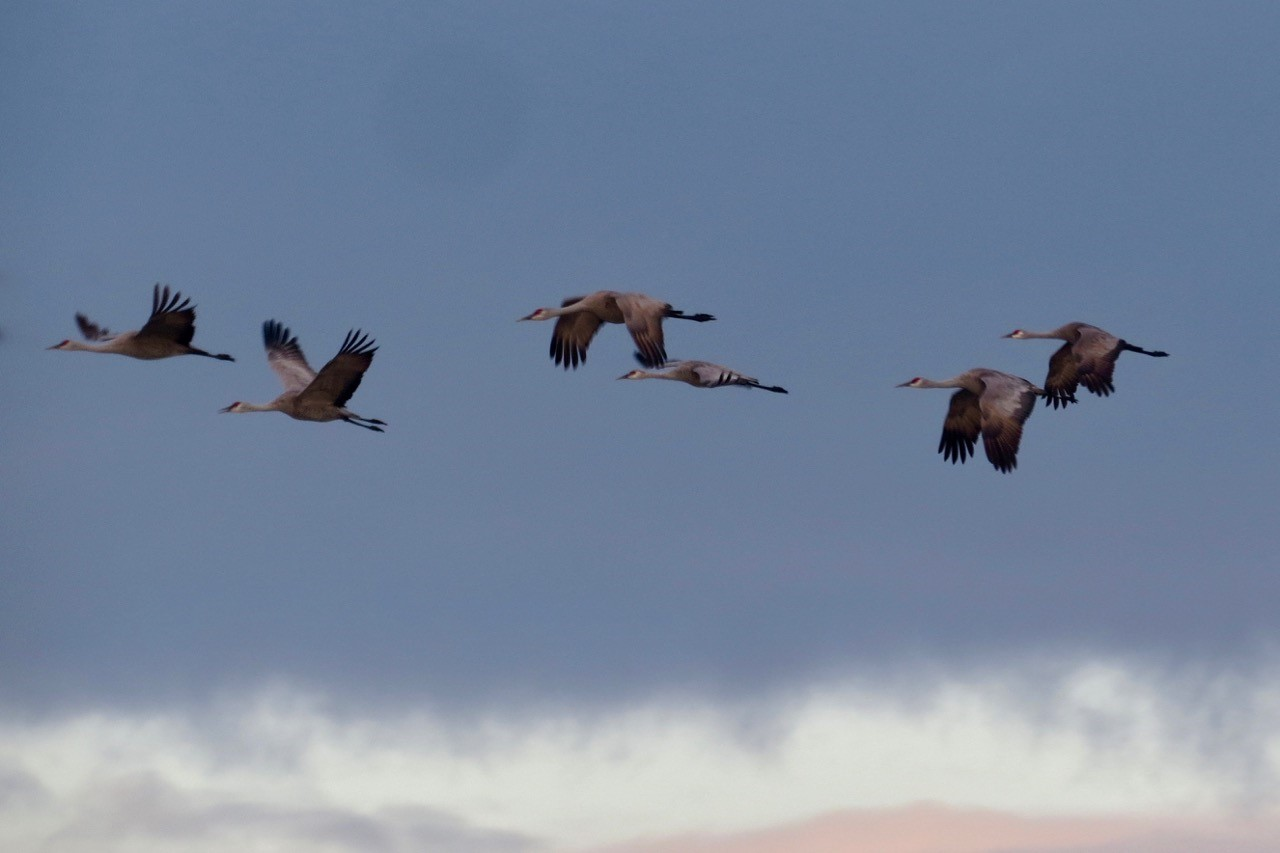 Following are four shots of large flocks of the geese. 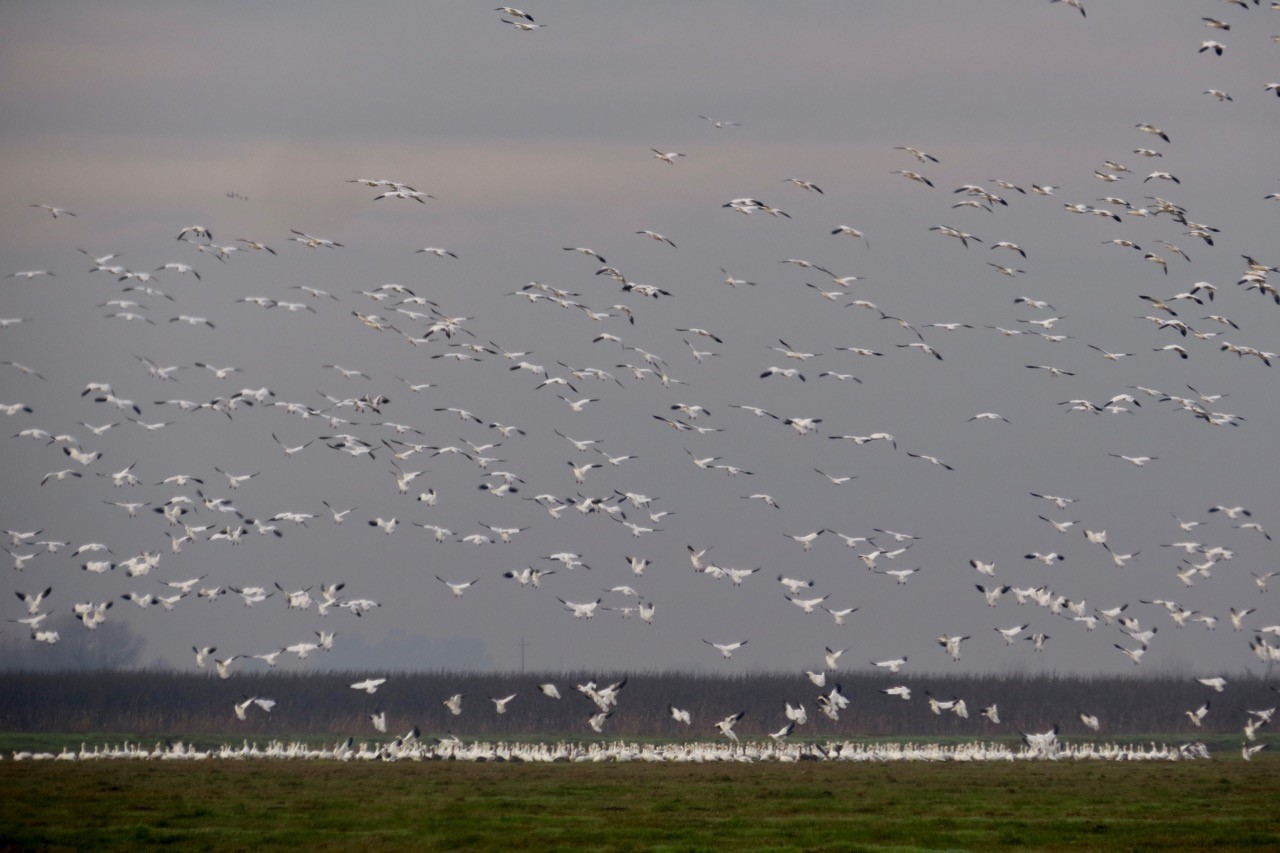 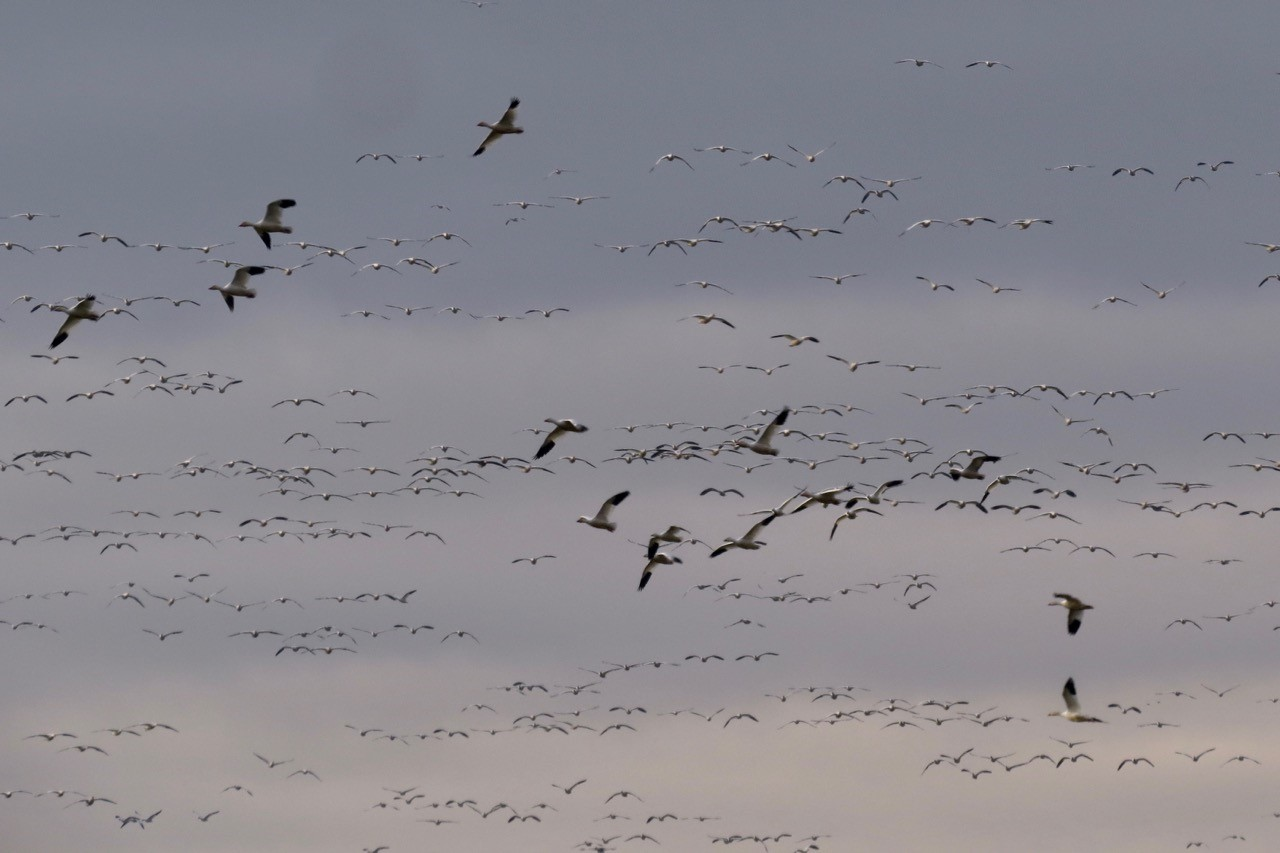 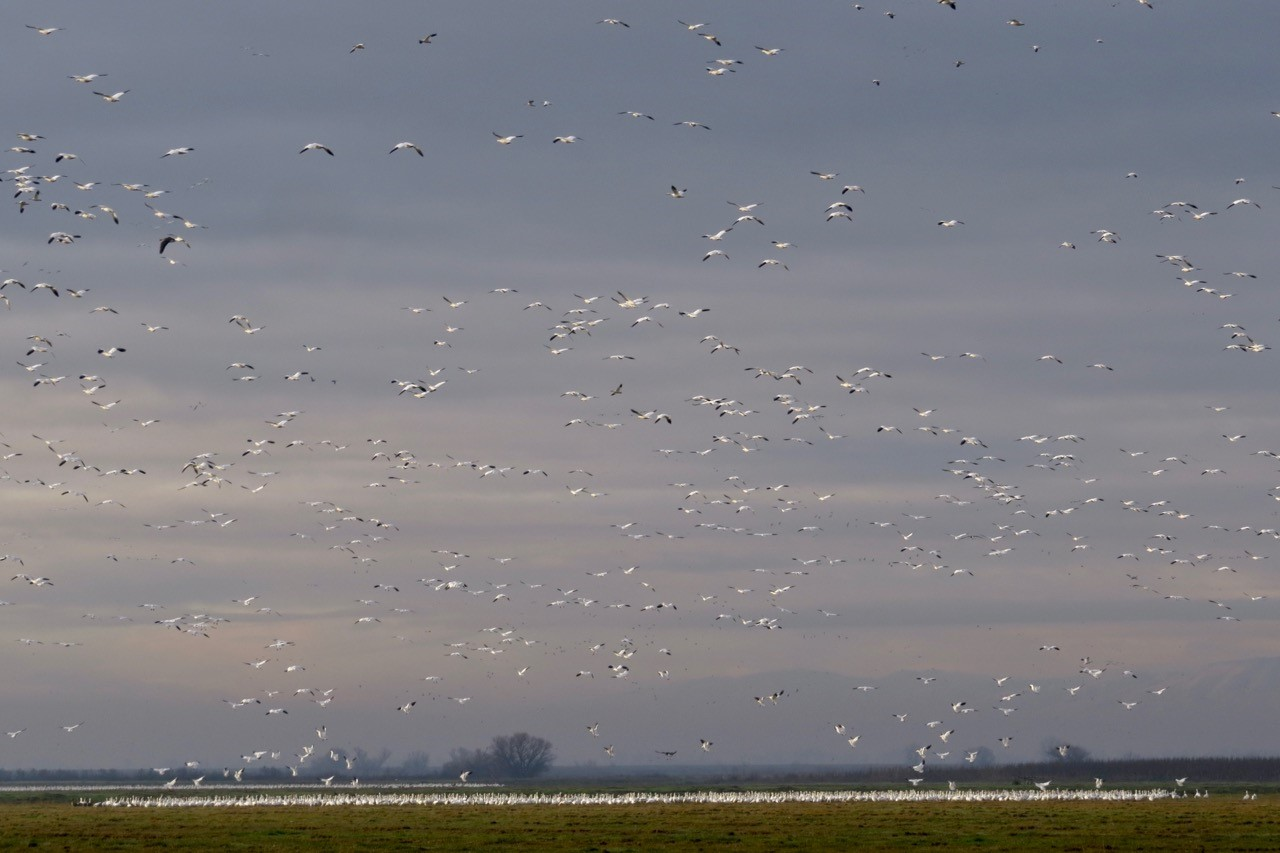 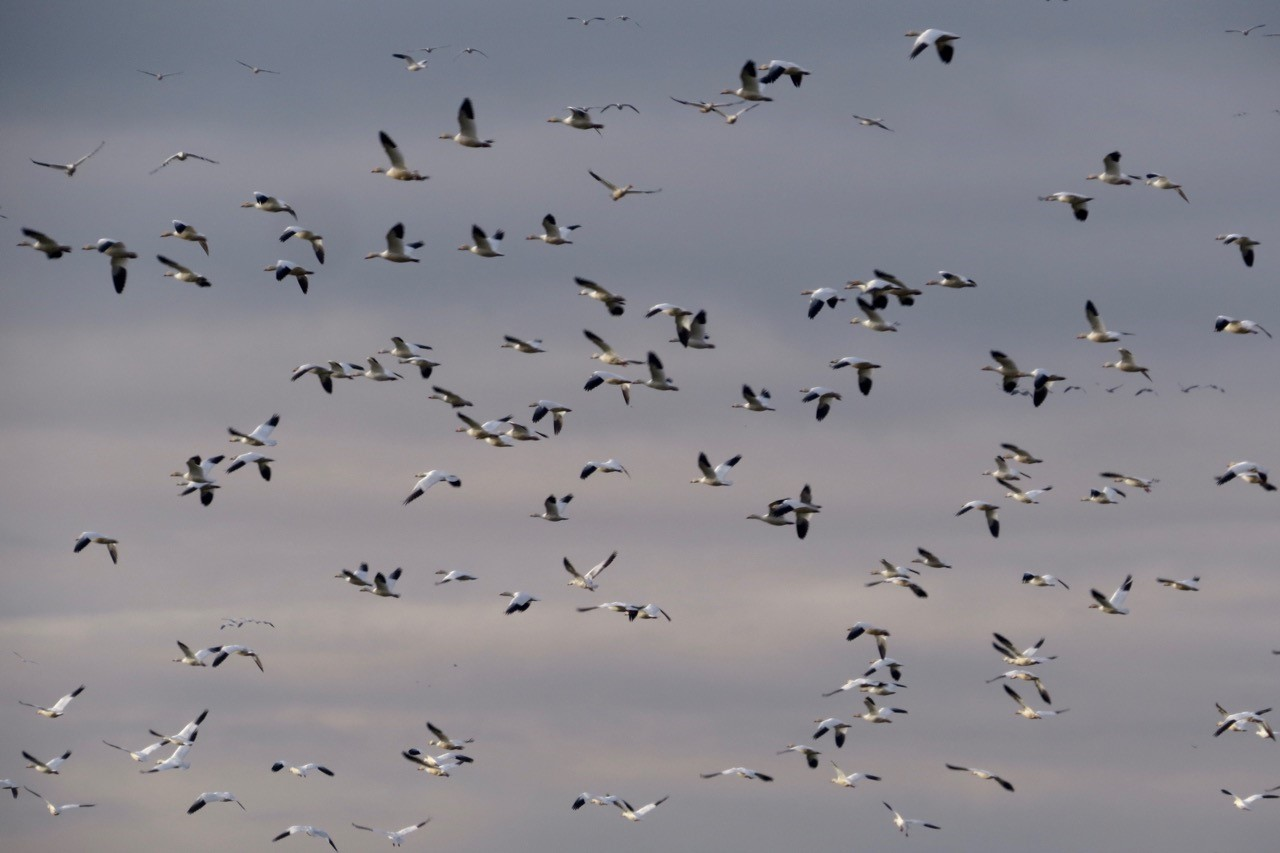