One of the local free newspapers recently had an article on “Chicago’s Best Tamales.” (If you don’t know what tamales are, read here.) In fact, I was reading it in my office yesterday morning at about 11:30 a.m., and realized that I hadn’t had a tamale in a very long time. Without further thought, I got up from my desk and went down to my car, which had been parked for several days outside my building. And I pointed my 20-year-old Honda north, towards Pilsen—one of the several Hispanic (mostly Mexican) areas of Chicago.

I was headed towards one of the recommended joints, the restaurant La Casa del Pueblo, for I knew exactly where it was. (It’s right next door to the best Mexican supermarket in Chicago that happens to have the same name.) 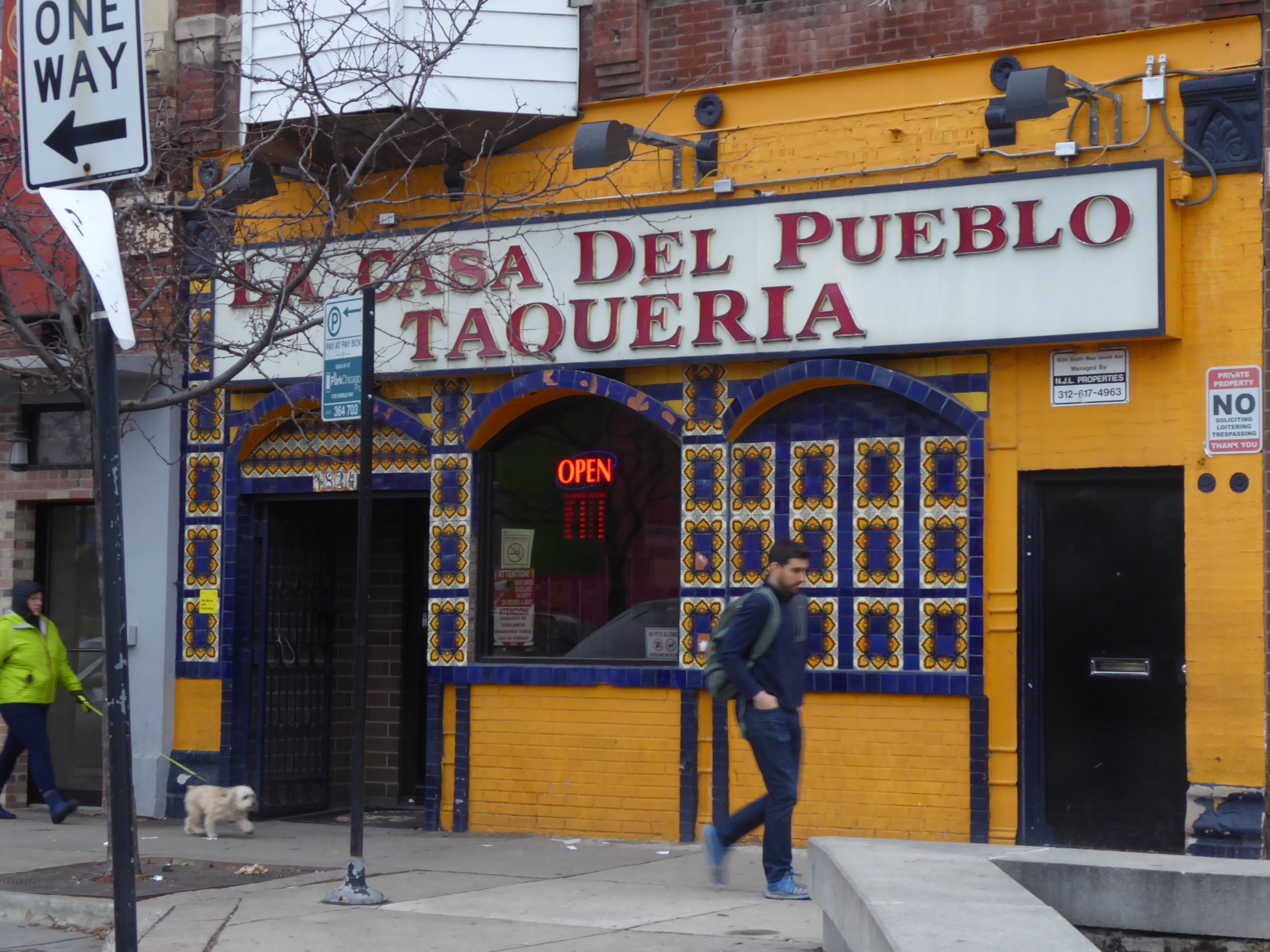 Like all the Mexican places I frequent—sadly, not that frequently—it’s homey and friendly. And cheap. The tamales are $1.25 apiece, and, though smaller than most, are quite tasty. 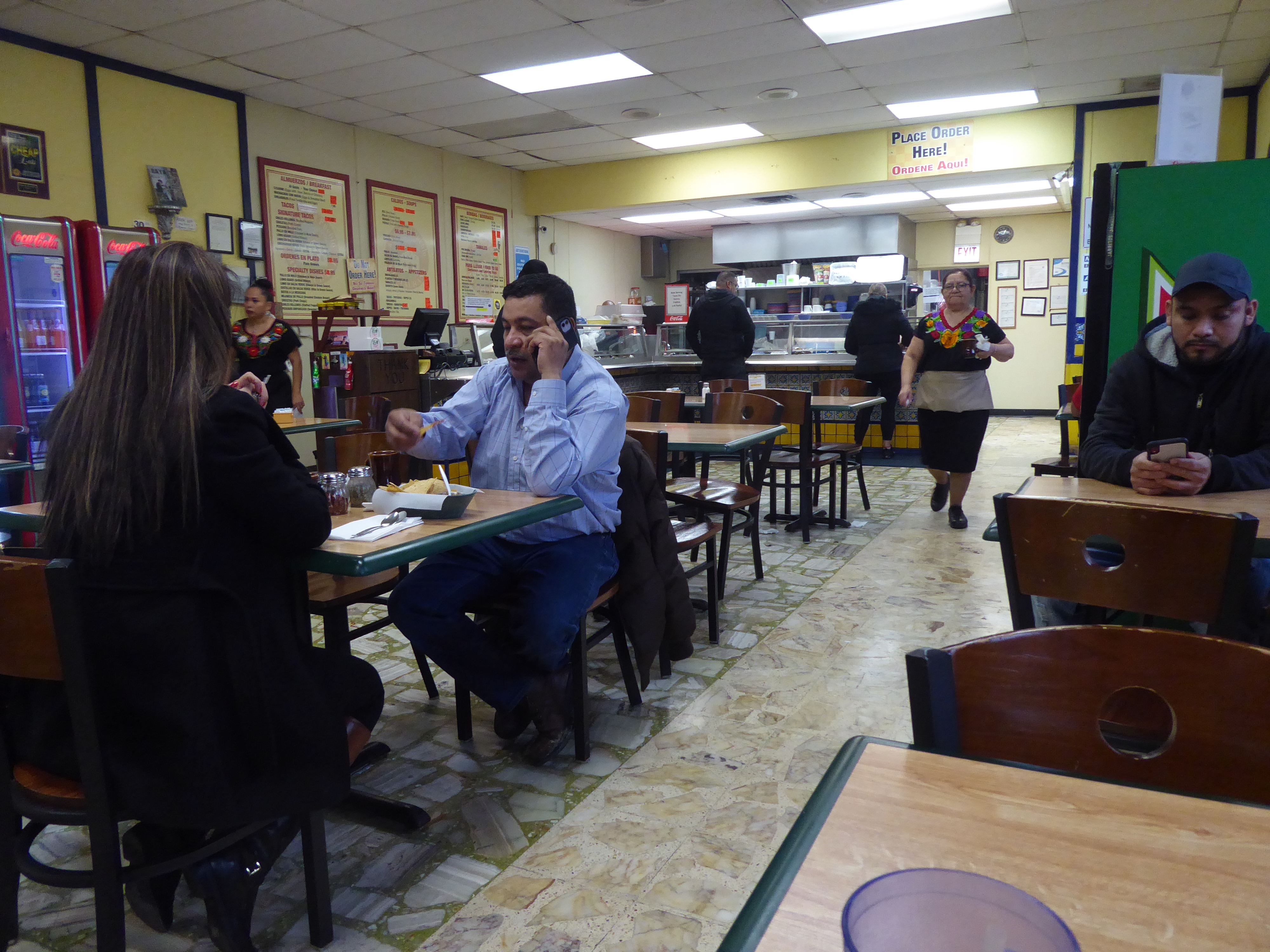 I had five: two chicken, a pork, a pork with jalapeño, and one with frijoles. Along with a complementary basket of chips with salsa and a big glass of horchata de arroz, my meal came to about nine bucks. I was full. 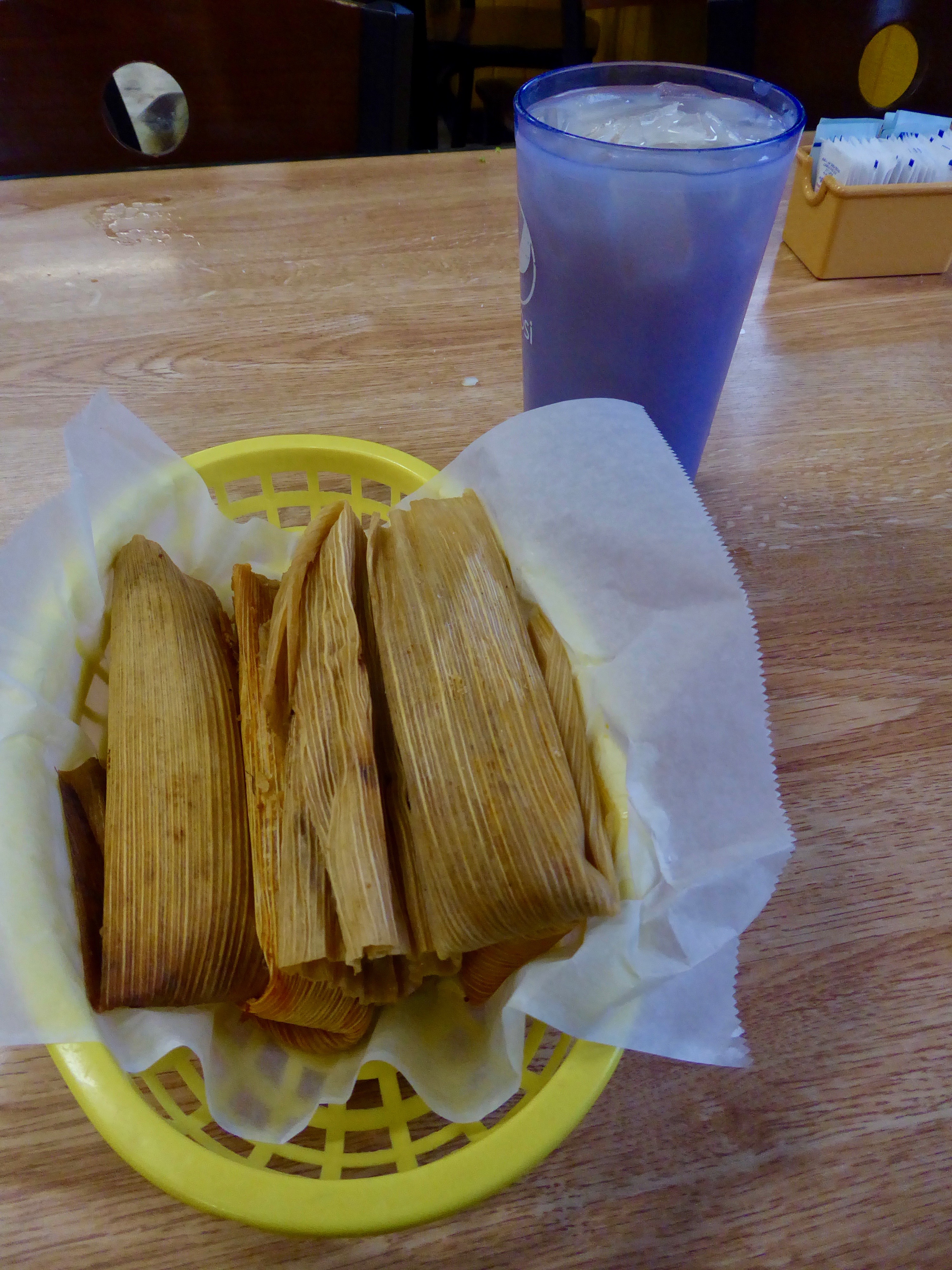 An opened tamale with pork and jalapeño: 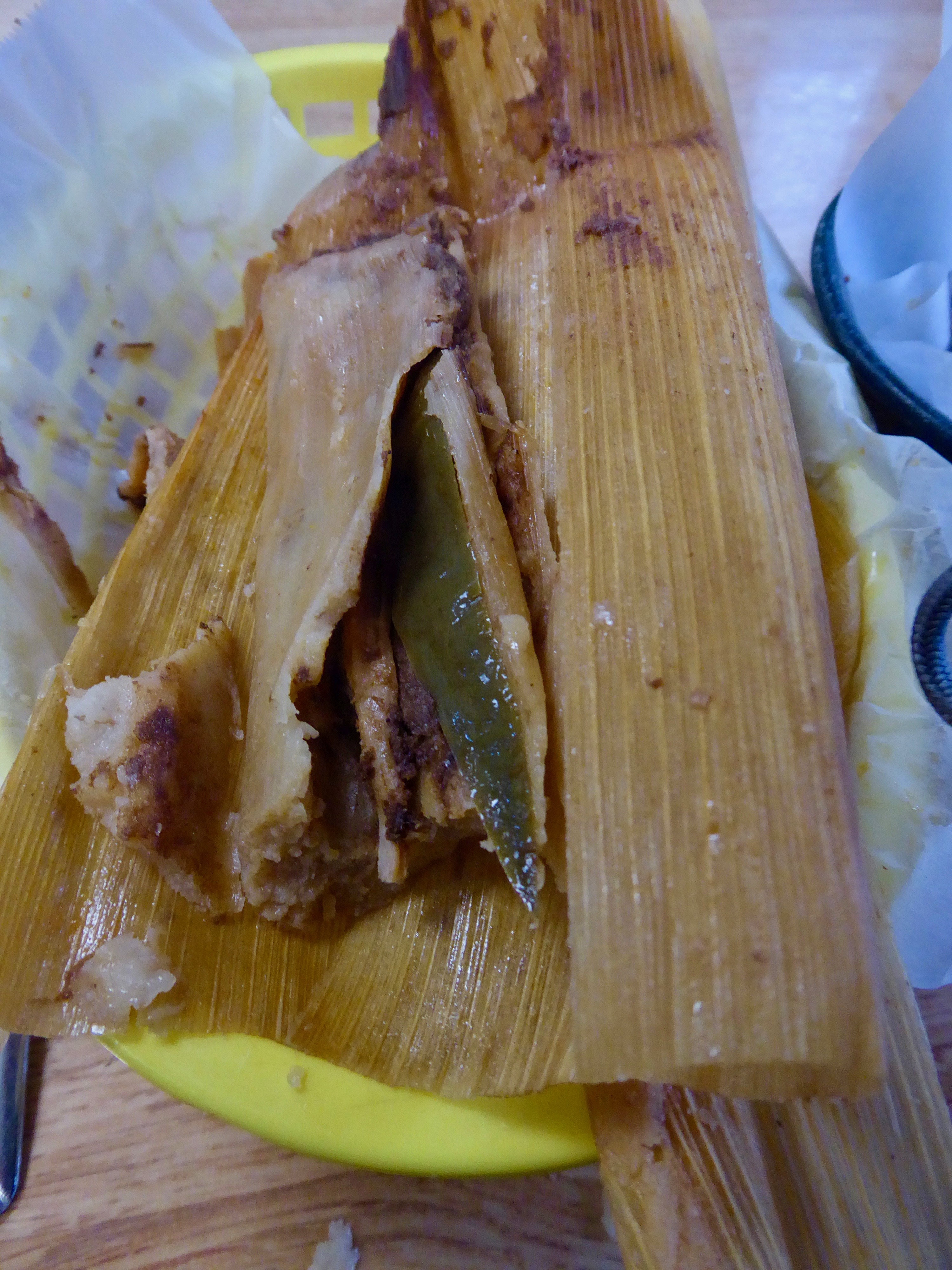 After all that spice, I craved a nice cool dessert. And fortunately, right across the street is one of the best palaterias in Chicago, purveying a huge variety of ice cream, tropical-fruit milkshakes, and—my goal—paletas. These are Mexican popsicles, but infinitely better than American popsicles, for paletas are made with milk, sweet spices, and fresh fruit. (Some, like mango or pineapple with chile, are also made with hot spices.) They are delicious, filling, and not something you can get in non-Hispanic places.

Here’s the paleteria: La Michoacana Premium (paletas were invented in the state of Michoacán). This is a fancy paleta place. 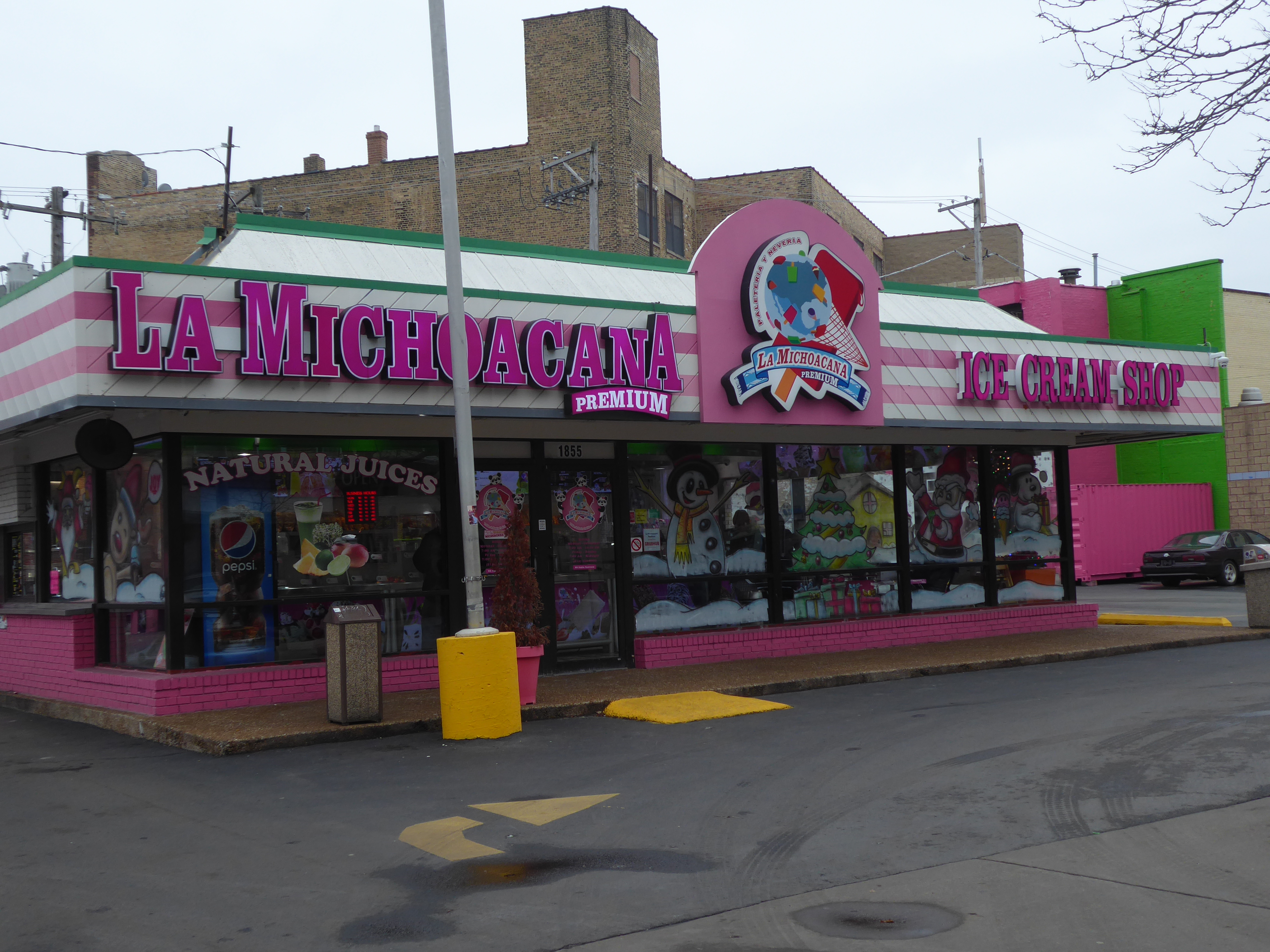 Inside they must have had about fifty varieties of paletas. This is only about a third of the selection. And because they’re filling, it’s frustrating to choose just one. I actually bought two ($2 each). The strawberry ones to the left, for instance, have big slices of strawberry in the cream. What a conundrum! 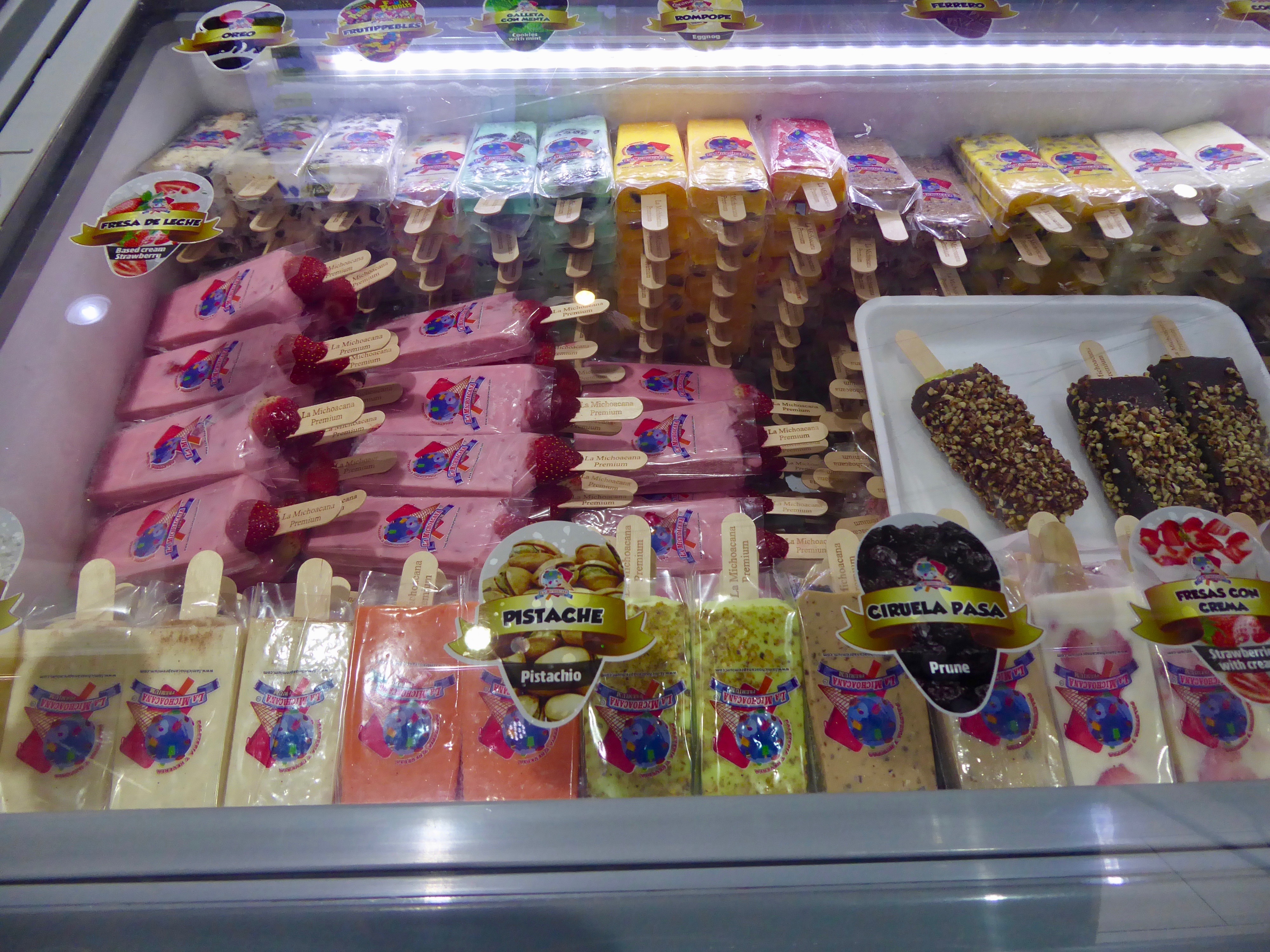 I had two that I hadn’t tried before: prune (with a big fat prune at the bottom)

And rice pudding, with cinnamon and cardamom. Both were superb. 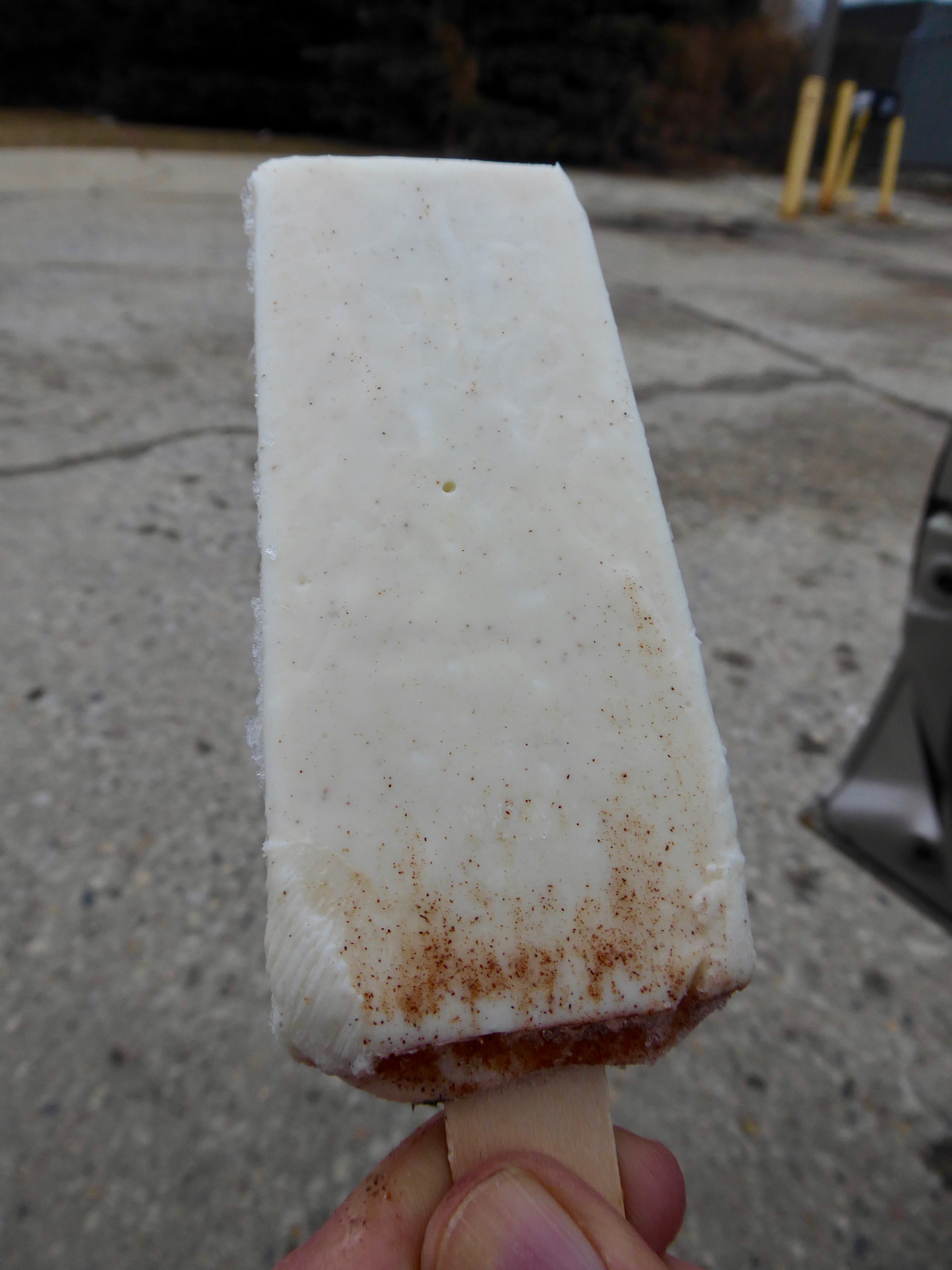 After that I was really full, and went home to take a nap.

Here’s a video of the restaurant:

18 thoughts on “What I had for lunch yesterday”