Today’s contribution, photos from Peru, are from a regular, Joe Dickinson. His captions are indented.

Here is the first of two sets of wildlife photos from a recent trip to Peru that I’ve been saving until you returned from you antarctic adventure.

Not very exotic, but I think this flight of pigeons in front of the cathedral in Lima is rather striking. 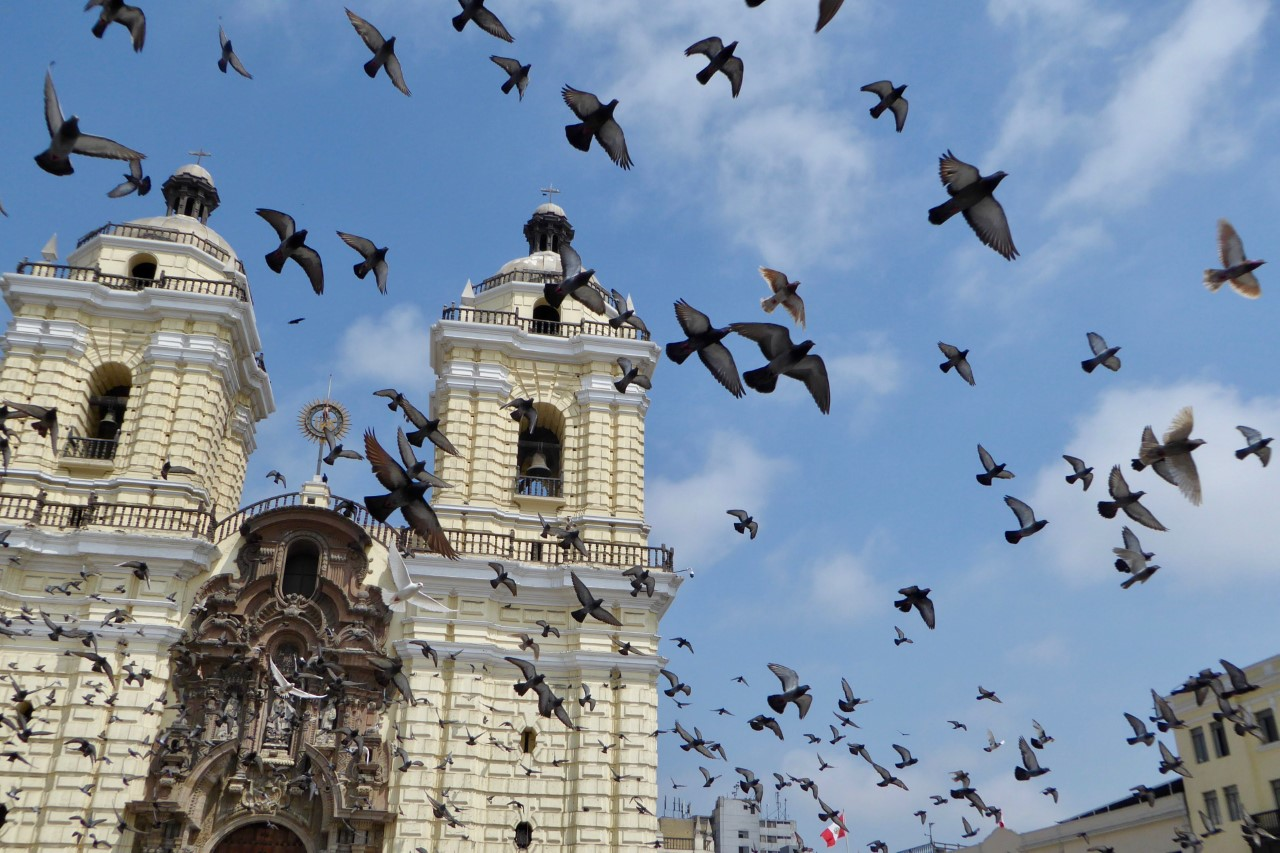 Iquitos is where we boarded a boat for an Amazon cruise. 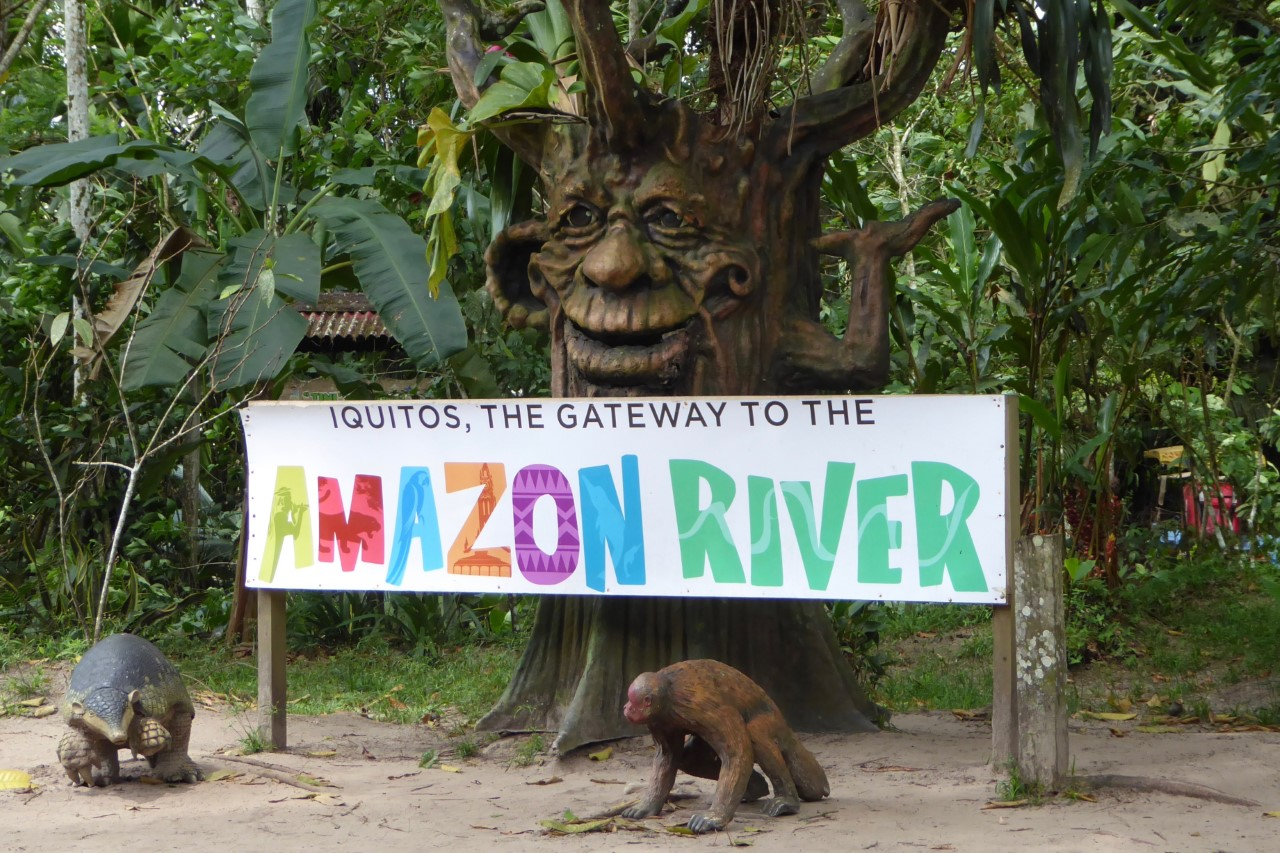 This three toed sloth ( genus Bradypus, ) has a baby clinging to her stomach. 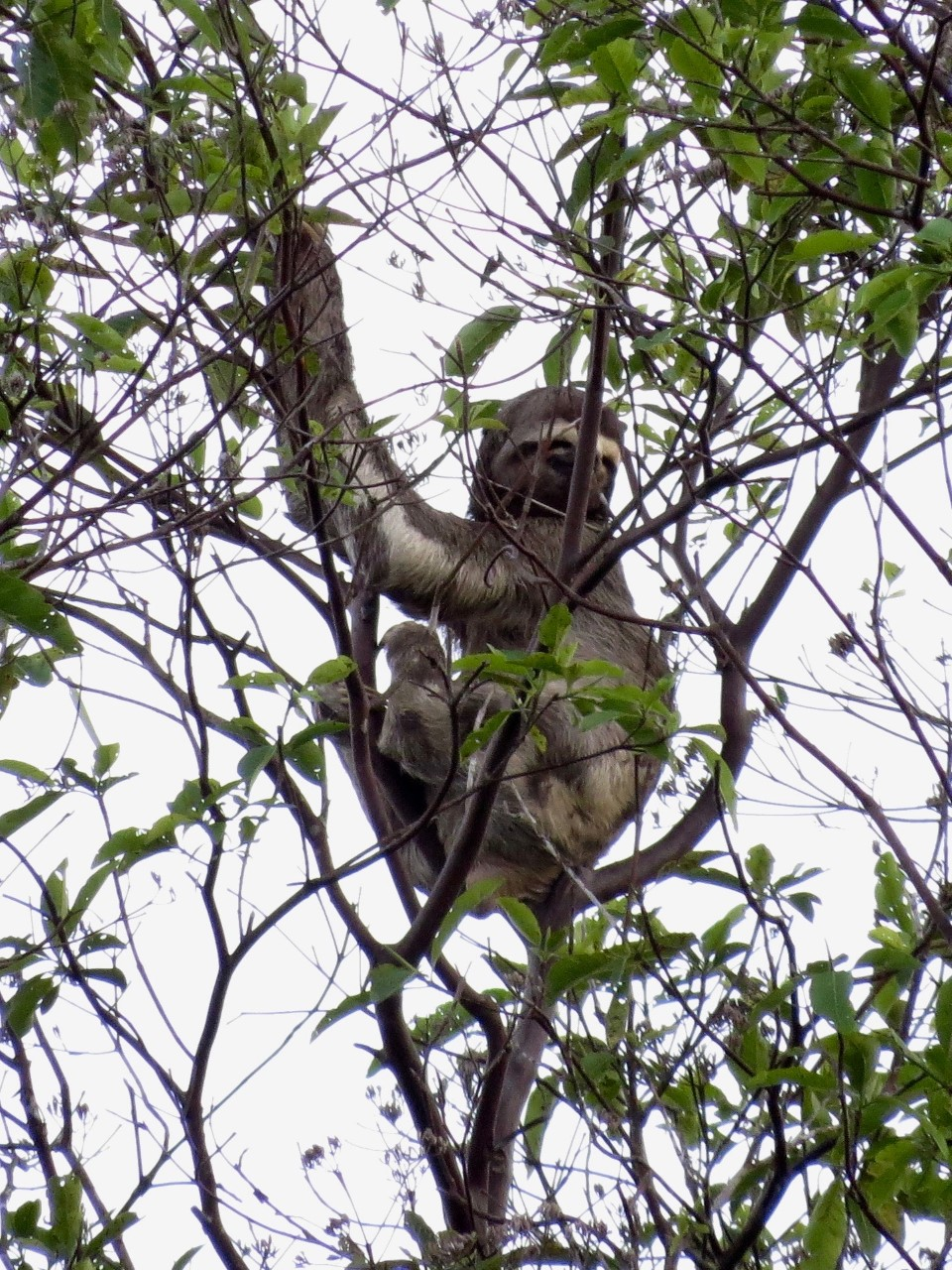 The baby is perhaps easier to see in this shot. 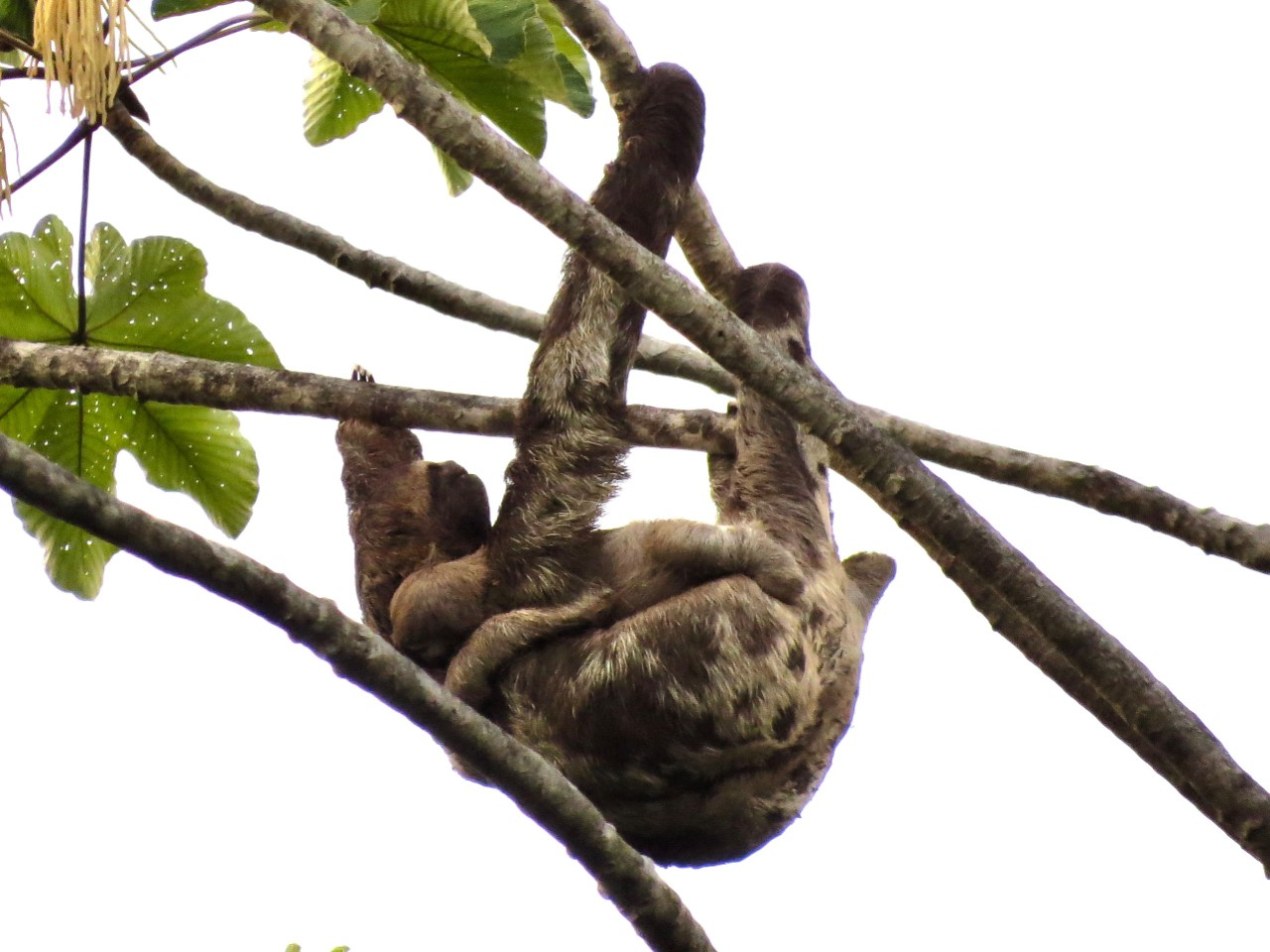 This may be a Chilean rose tarantula (Grammostola rosea).  At least that name seems to fit. [JAC: this species doesn’t seem to be known from Peru, so readers can help out here.] 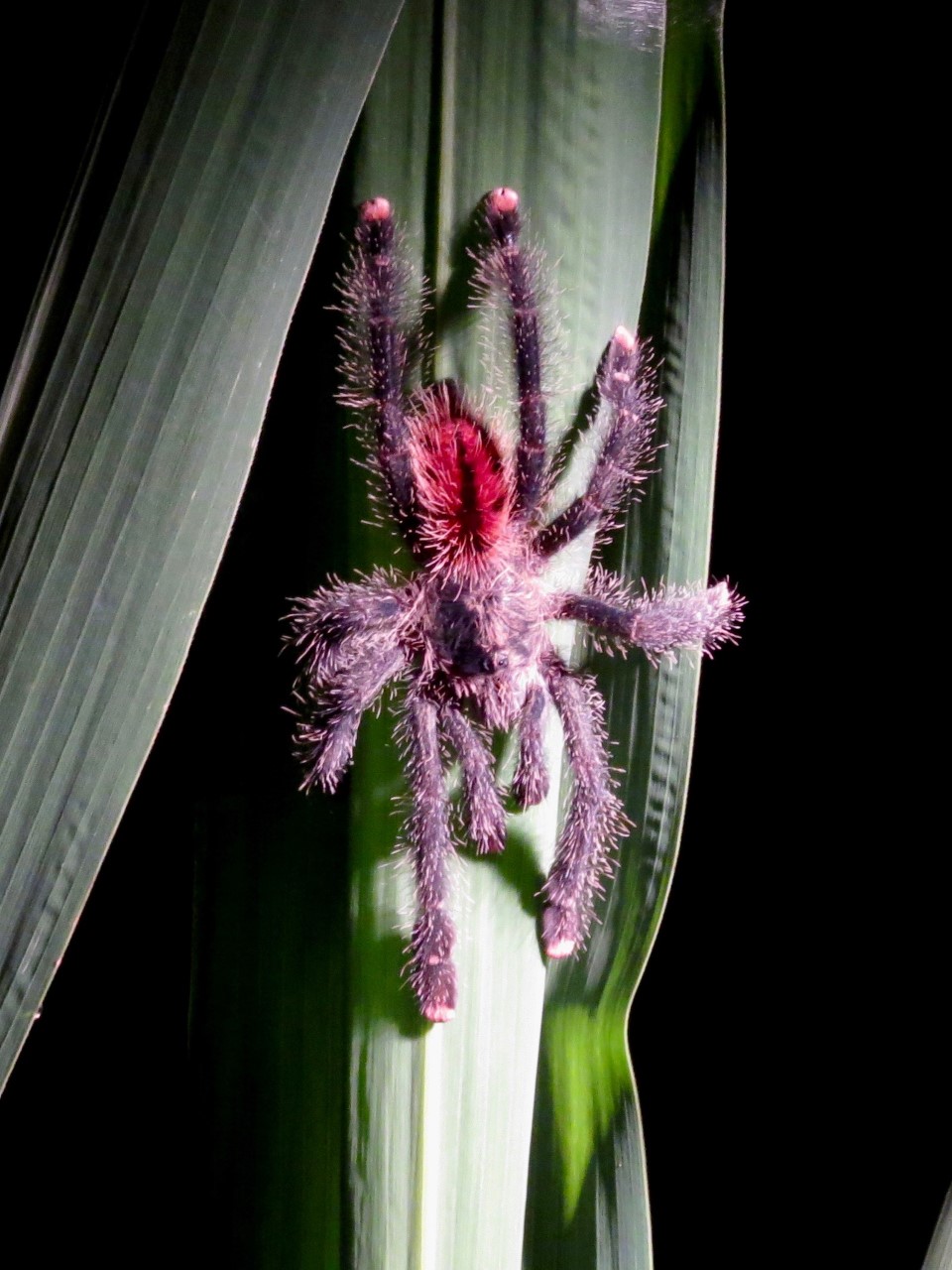 This is a young red tailed tree boa (Boa constrictor) 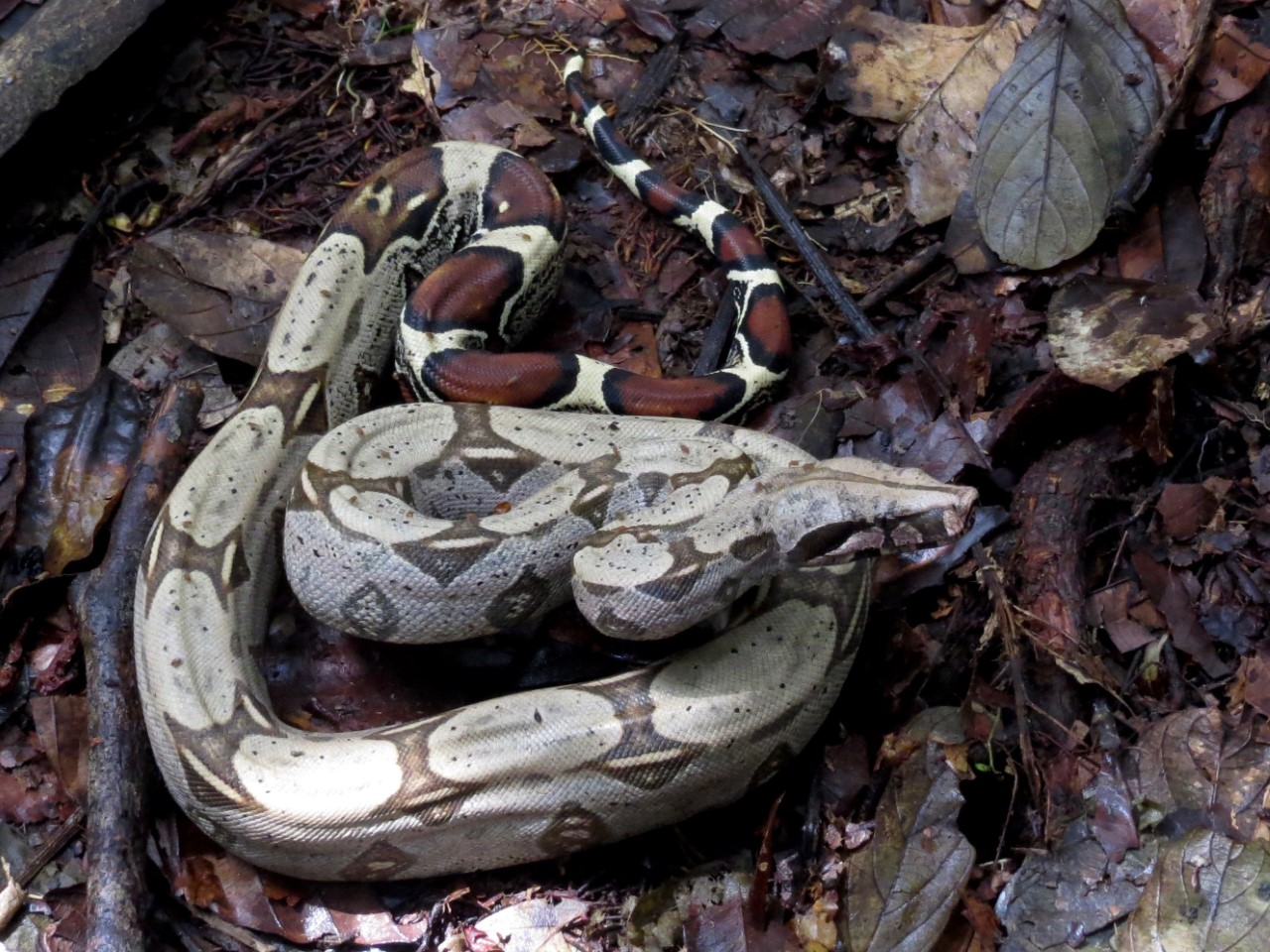 OK, not exactly wildlife, but my wife gives some scale what I believe is a Kapoc tree (Ceiba pentandra), one of the species that can be “emergent” (extending beyond the canopy). 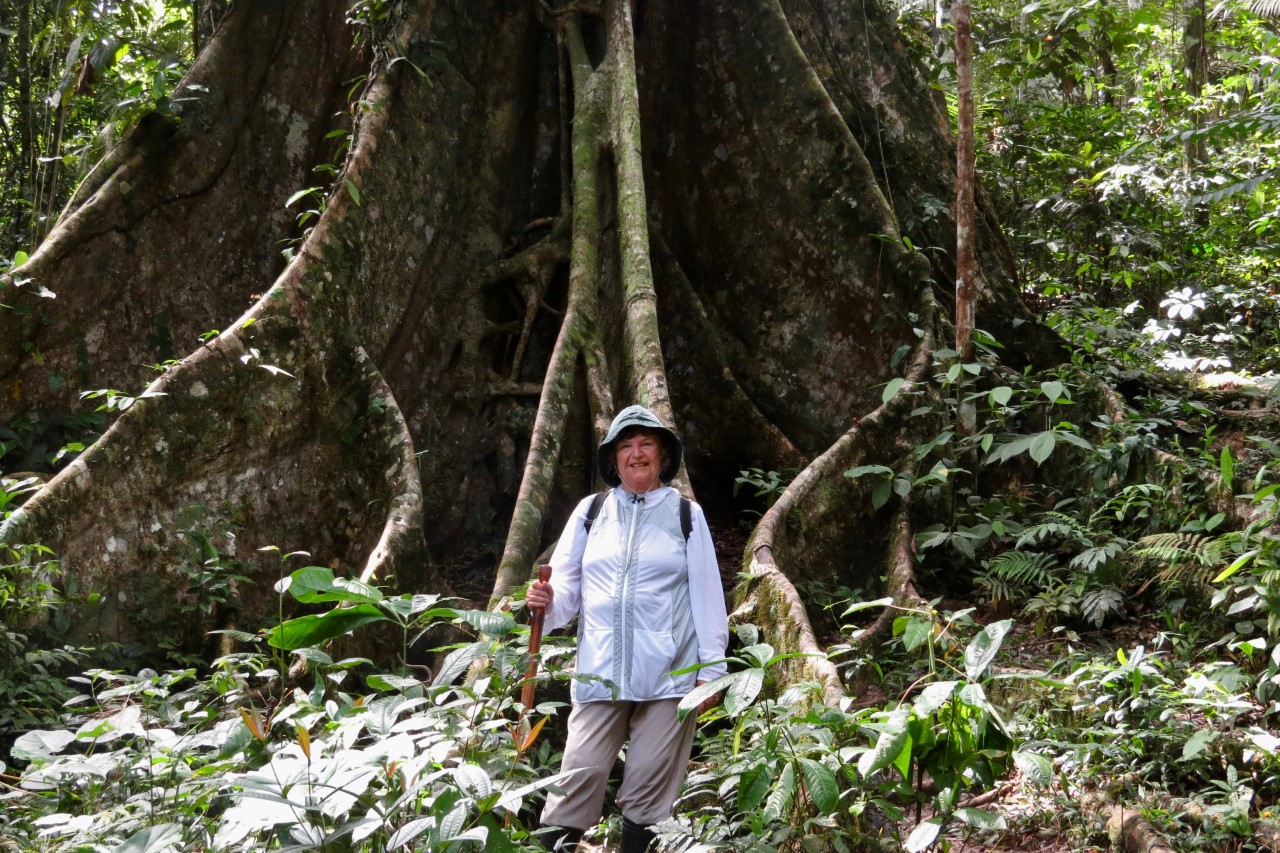 Another tarantula looks to me to be a different species from the one above, but I haven’t been able to find any suggestion of an ID. 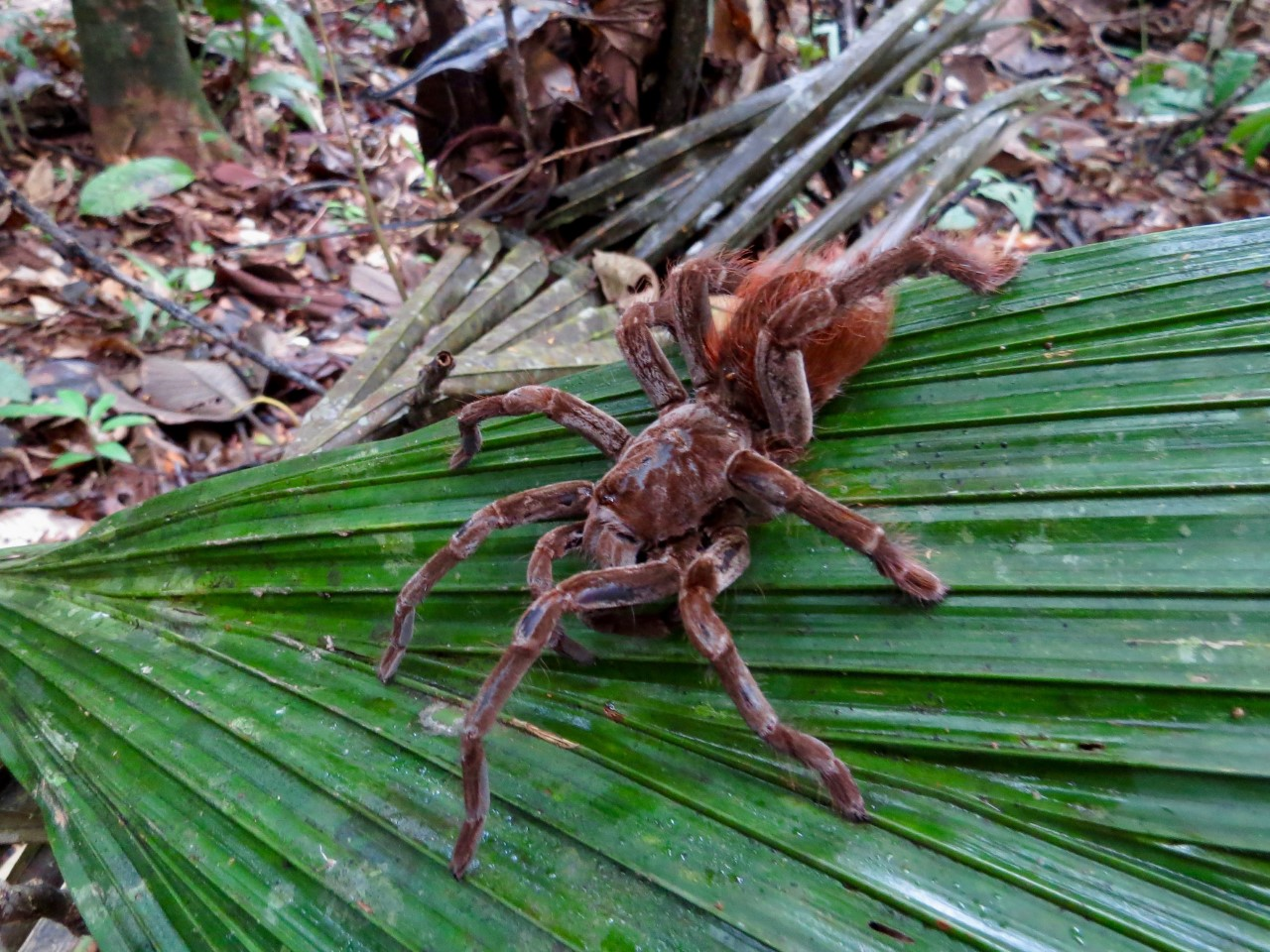 This is a rather soulful looking spider monkey (genus Ateles) 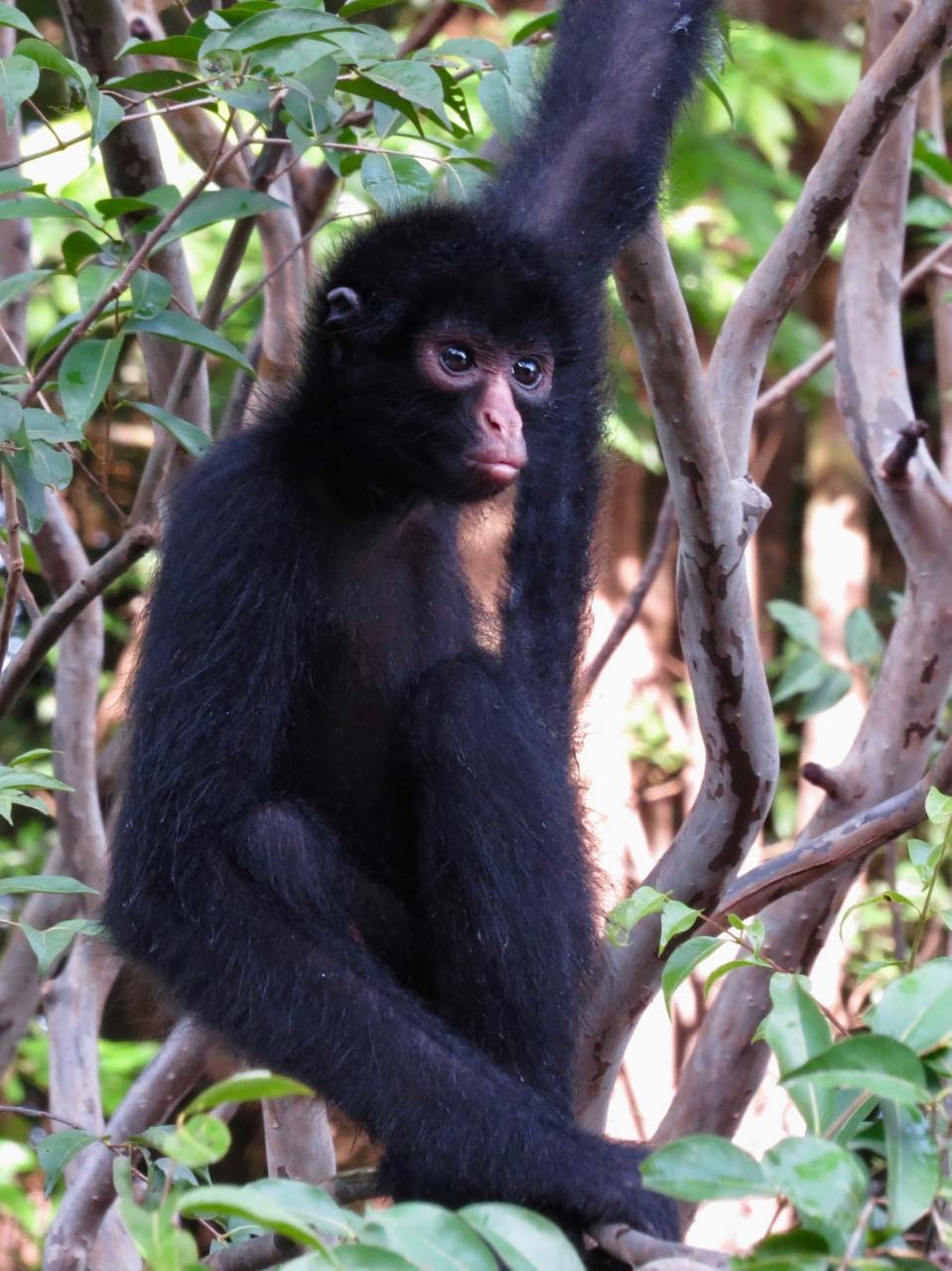 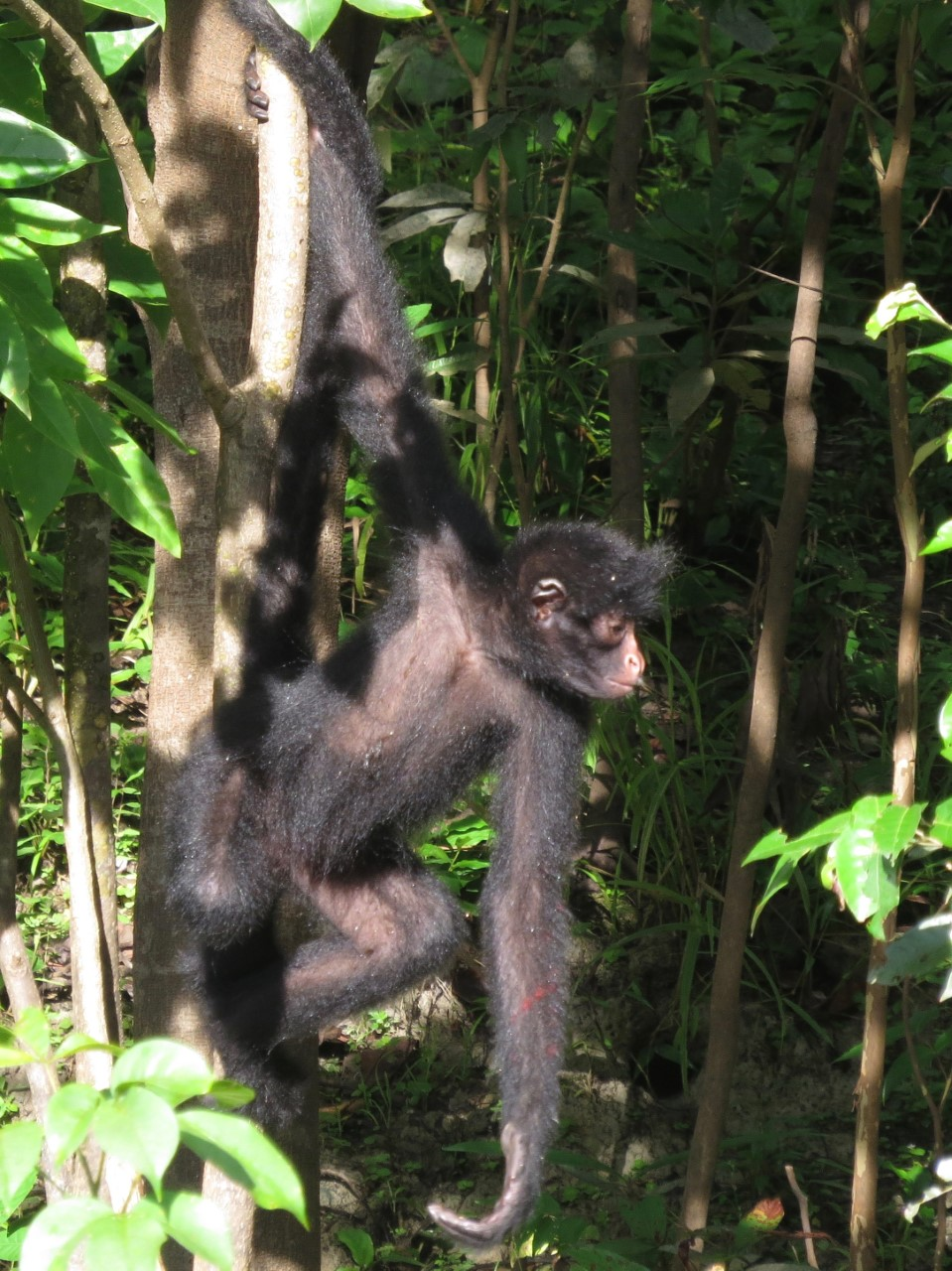 The wooly monkey (genus Lagothrix) is more muscular looking but also very agile.  Both, of course, have the prehensile tail characteristic of New World monkeys.  I had to bite my tongue to avoid correcting our guide when he said Old World monkeys have no tail.  Wrong—it’s just not prehensile. He also asserted that tarantulas are not spiders because they have ten legs rather than 8.  Wrong again, they just have rather large pedipalps (mouthparts).  This sort of thing always makes me worry: what else did he/she get wrong that I don’t know about. 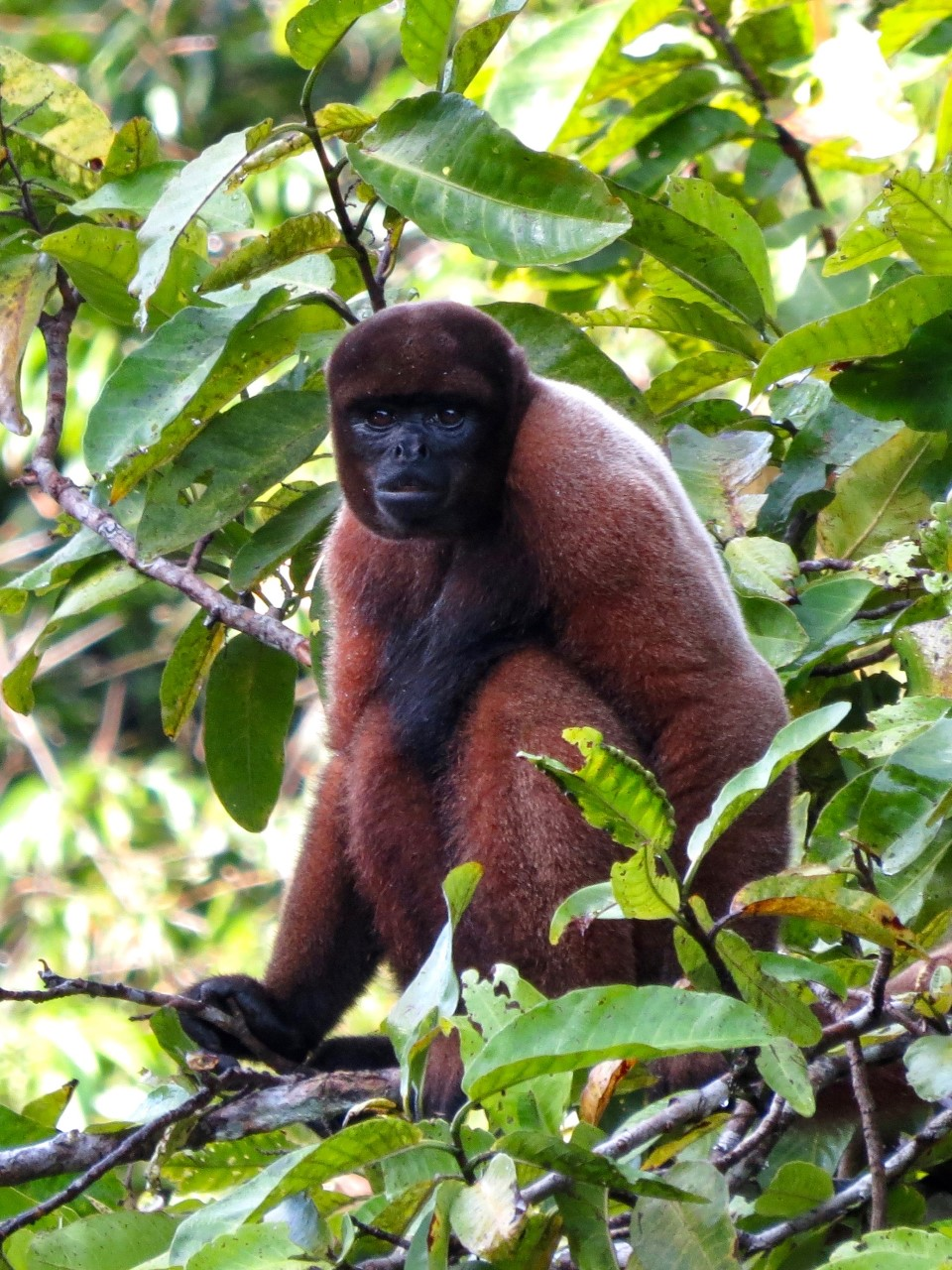 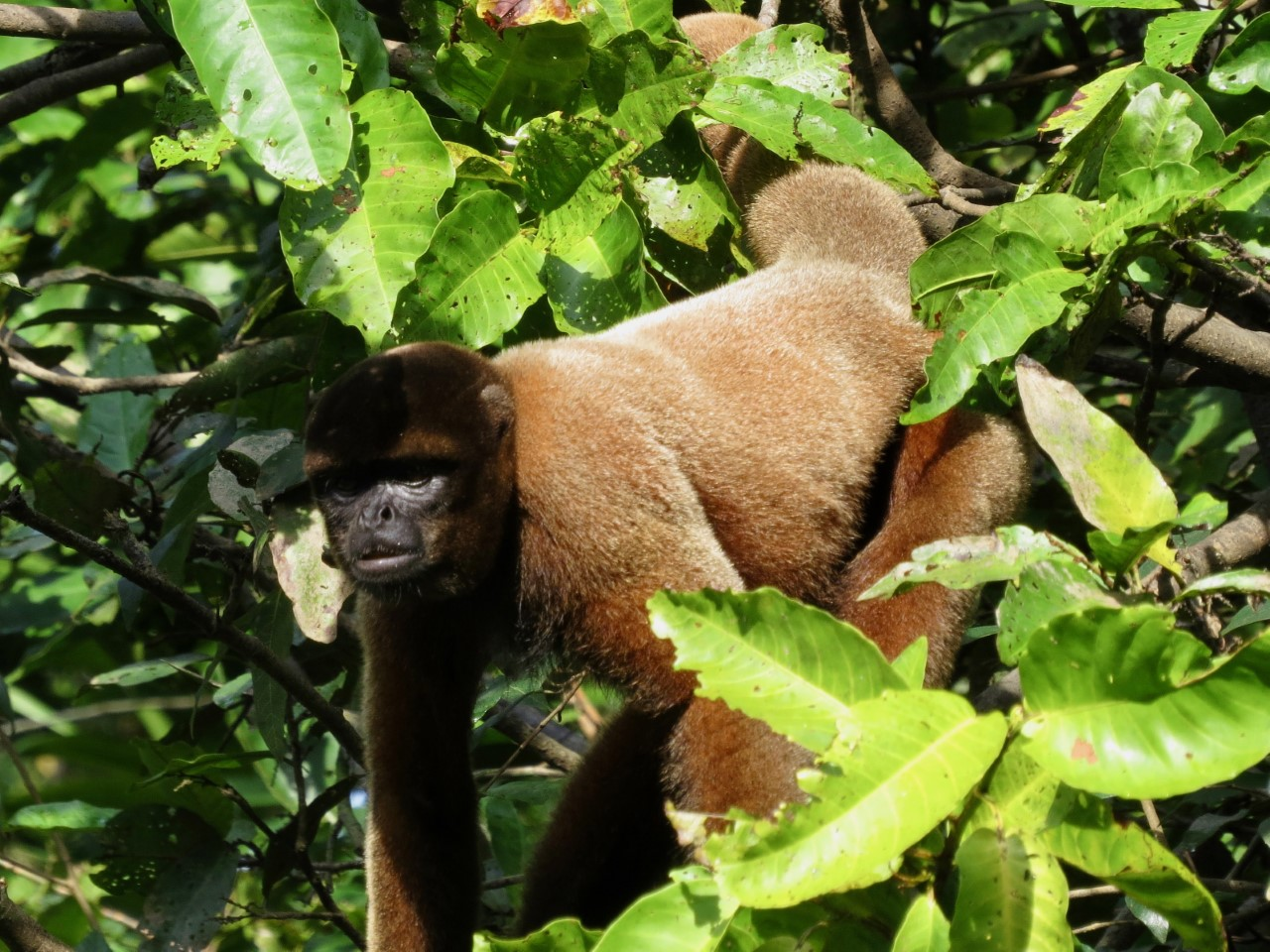 Here, out of context, is a baboon (Old World) making rather good use of her tail. 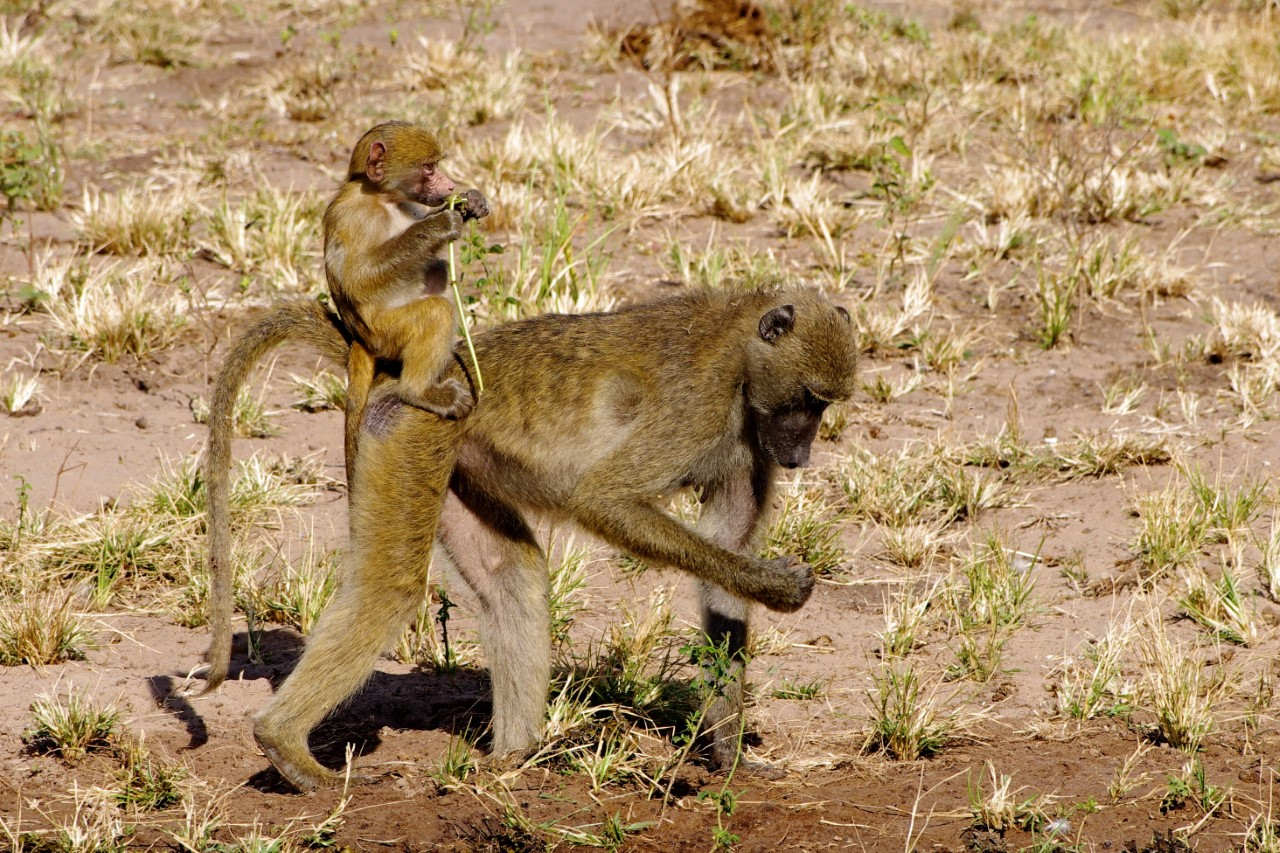