Reader Tony Eales from Brisbane sent some nice arthropod photos—nature red in fang and claw. His captions are indented, and he appends a report on the terrible fires in Australia. .

Fairly recently I caught this little drama in the grass down at my local national park. I was lying on my photography mat hoping something interesting would walk past in the leaf litter and I noticed a small St Andrews Cross-looking spider start building its web between some grass blades, then settle into its cross-shaped pose. I found out this spider is Gea theridiodes. 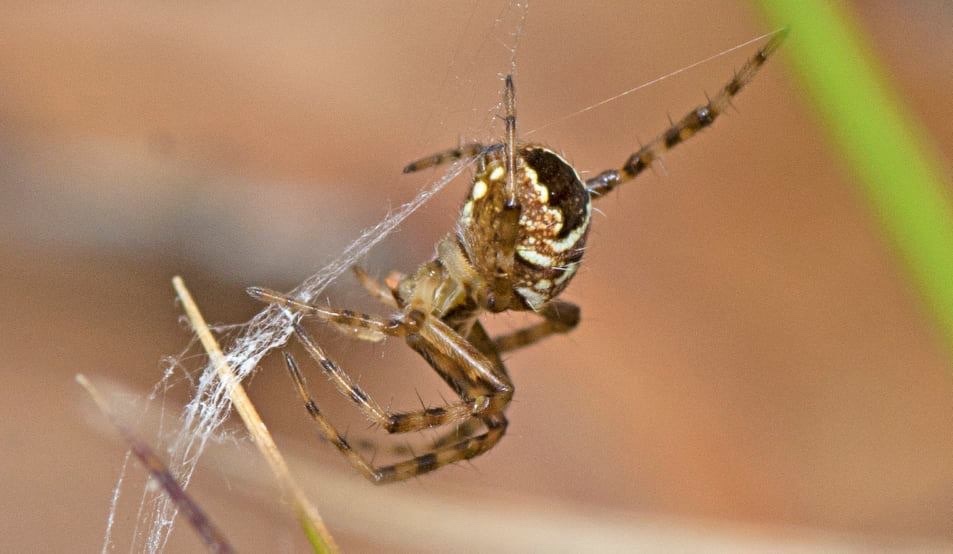 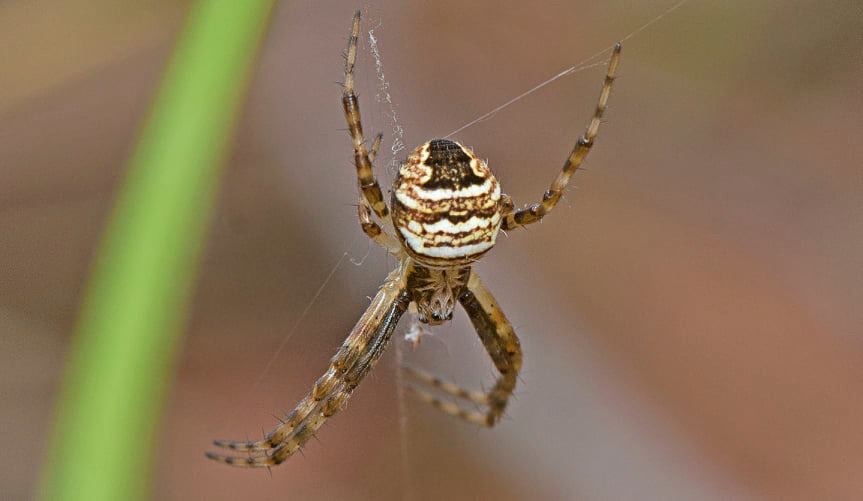 Shortly after this I noticed an ant-mimicking jumping spider Myrmarachne erythrocephala moving at a rapid clip towards the Gea’s web. I thought, is it going to get caught? 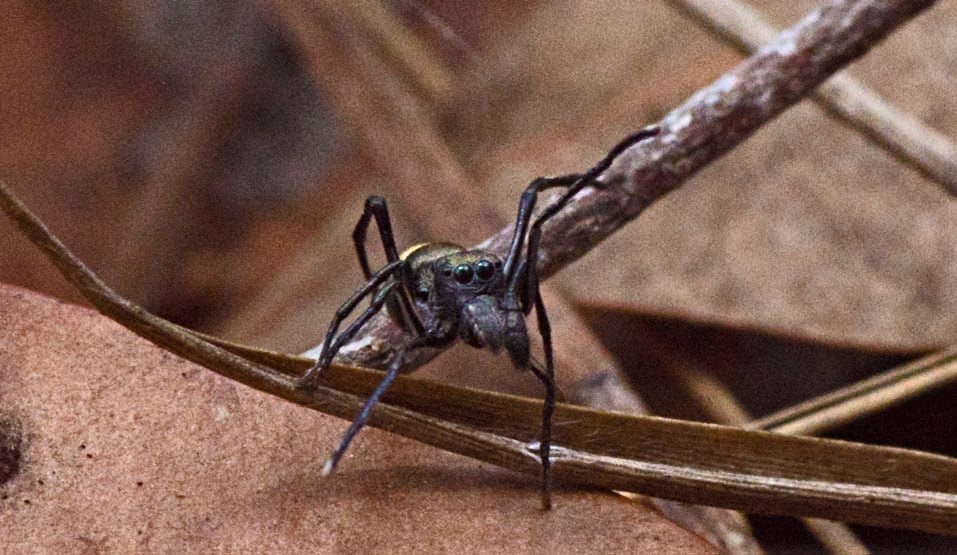 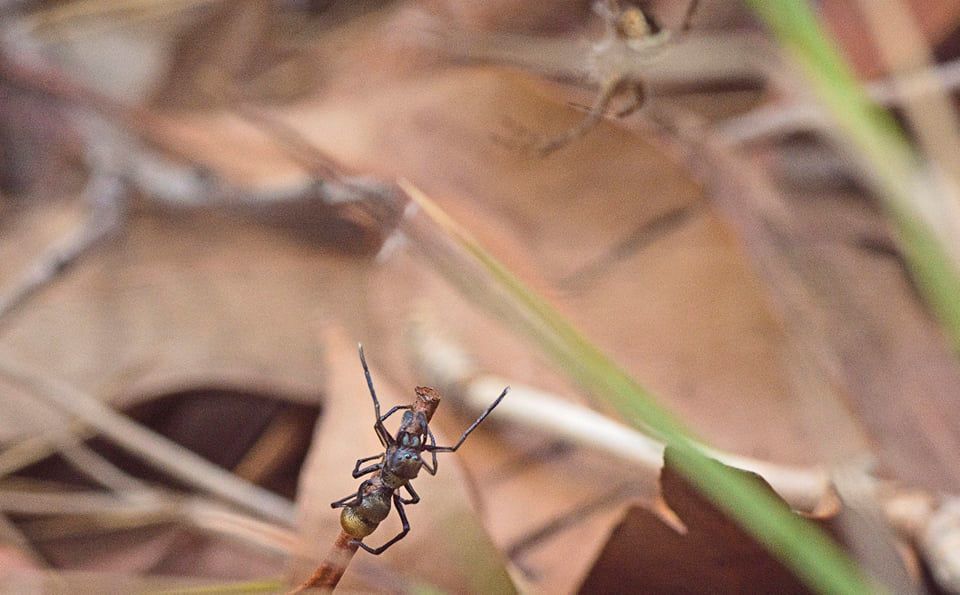 But no, it lined up the Gea with its excellent binocular vision and *bang* it had the Gea in its jaws. The struggle was short and it dragged the Gea off somewhere safe to consume. I also documented this observation in my iNaturalist journal where I again tell the story and there are a couple of extra photos. The link is here. 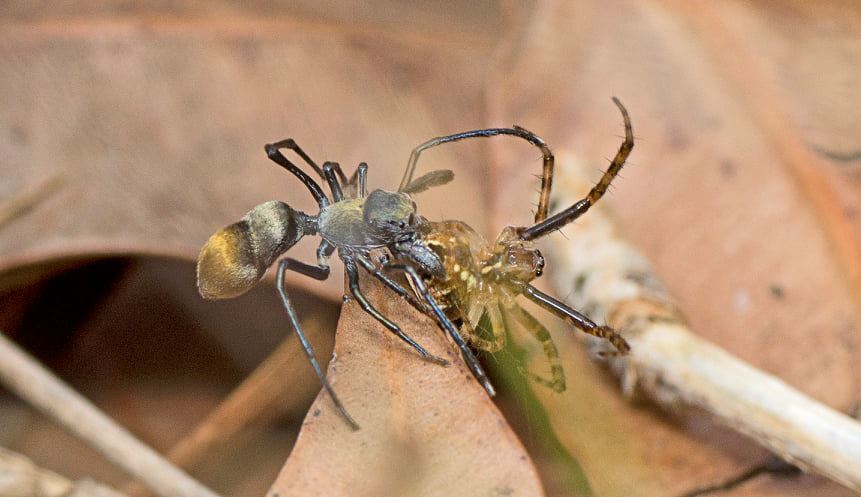 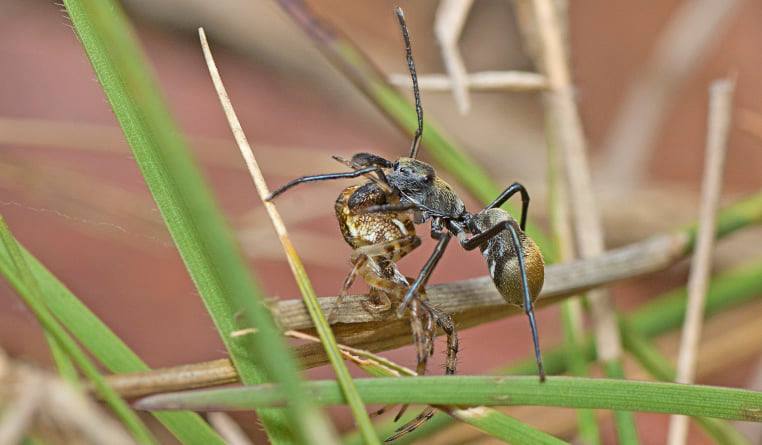 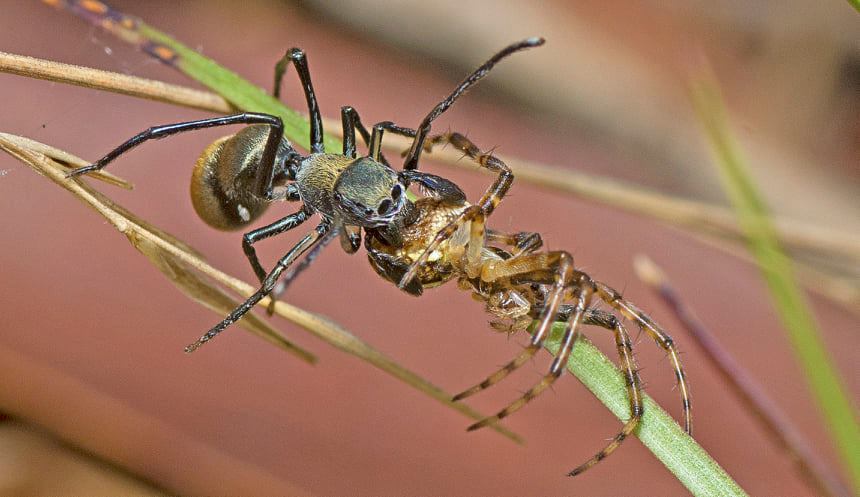 Everything is on fire here in Australia and, alarmingly, a lot of it is forest that doesn’t normally burn this badly, while some of it is rainforest that hasn’t burned at all for millions of years and probably won’t ever recover. Our climate-change-denying government is having to work really hard to distract us from a string of fires almost continuously along the east coast of New South Wales billowing out enough smoke to turn glaciers in New Zealand pink. Ceiling cat knows how bad things might get when fire season arrives in a month or two. On some days it starts to feel like wildlife photography is just documenting a fast disappearing world.