A famous stretch of the Beagle Channel, one of the three ways to get around the southern part of South America, is called “Glacier Alley” (my photos here), whose north side harbors mountains with five famous glaciers that can be seen within a one-hour segment of a cruise. Here’s one, a specimen of a “hanging glacier” that doesn’t touch the water. (I can’t remember its name.) It ends in a waterfall instead of calving off bergs directly into the sea. I took a short video as our ship sailed by.

The Beagle Channel is where Darwin saw his first glacier. As I quoted Wikipedia in my earlier post:

Darwin had his first sight of glaciers when they reached the channel on 29 January 1833, and wrote in his field notebook “It is scarcely possible to imagine anything more beautiful than the beryl-like blue of these glaciers, and especially as contrasted with the dead white of the upper expanse of snow.”

“Beryl-like blue” is apt. Here’s some blue beryl from a crystal website, and it’s just the color of the glacier. 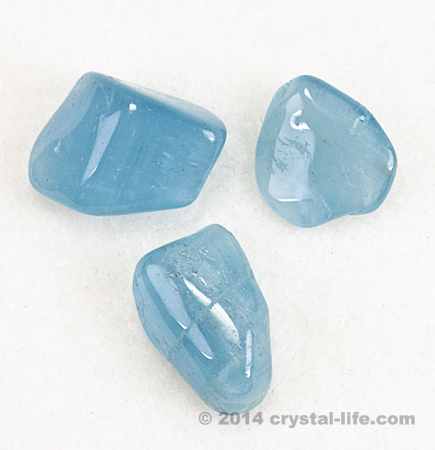 14 thoughts on “A glacier that ends in a waterfall”