Yesterday was a day at sea among the fjords, and the map of the MS Roald Amundsen’s position shows us somewhere south of the Strait of Magellan. We should be heading toward Antarctica soon, but I have little information about our course.

The only thing I can say for sure is that there were nine ducks at Botany pond for dinner yesterday, with temperatures cool and in the low 50s. I hope they’re fueling up for winter.

The ship’s position, and a zoomed out view: 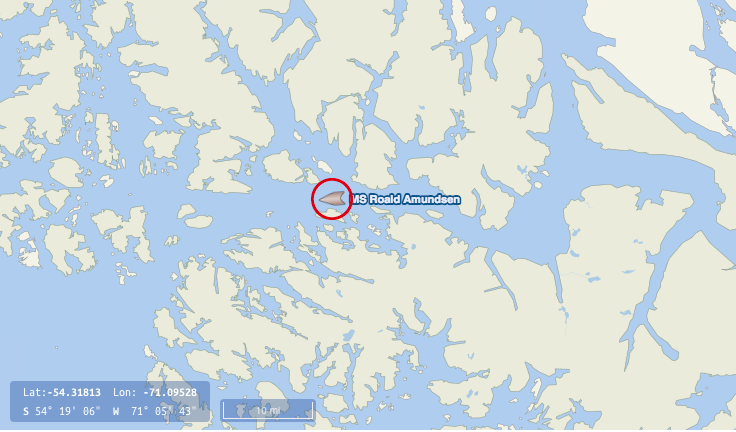 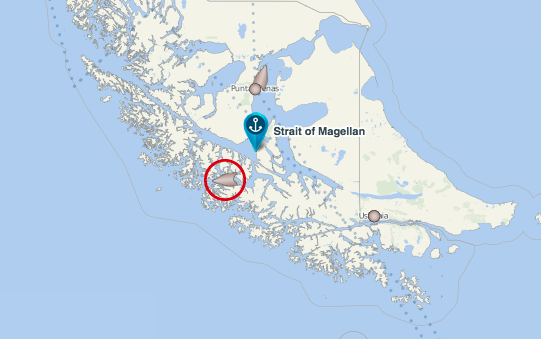 This is where we were yesterday at this time, so we haven’t traveled that far. 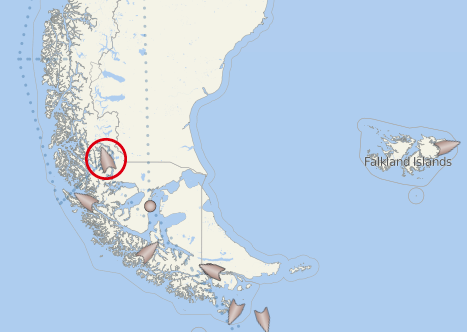 We’re heading to the Antarctic peninsula (along with other boats), and yesterday were issued our thermal rubber boots for landing. Trips to Antarctica follow strict rules to avoid contamination of the continent, even with microbes. Our boots will be disinfected before and after each landing. 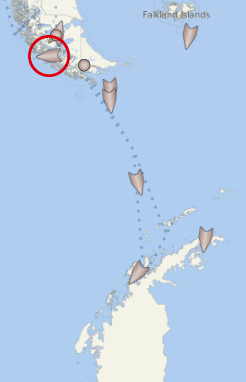 I’m lecturing in half an hour on “To strive, to seek, to find and not to yield: Science and the Terra Nova expedition.” (Terra Nova was the name of the ship that Scott and his expedition took to Antarctica in their bid for the South Pole. That bid was successful, but Roald Amundsen beat them by a month and all five of the men on the British trek to the Pole perished, including Scott.)