We are now well into the Chilean fjords, and woke up early to see a glacier. Sadly, as I can’t post photos from the ship, I’ll try to capture a view of the glacier from the ship’s panoramic camera. (Later: I couldn’t, as the panoramic camera doesn’t seem to operate in real time.)

First though, our location from this map site: 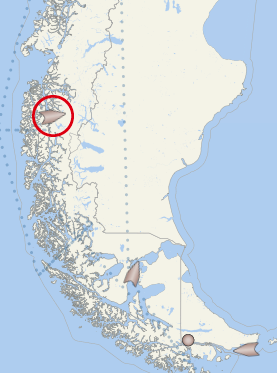 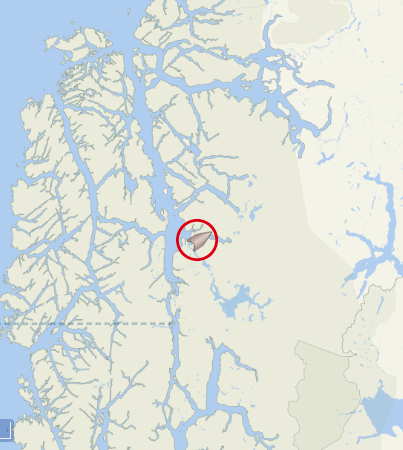 An even closer zoom, as we’re ensconced in the fjord. 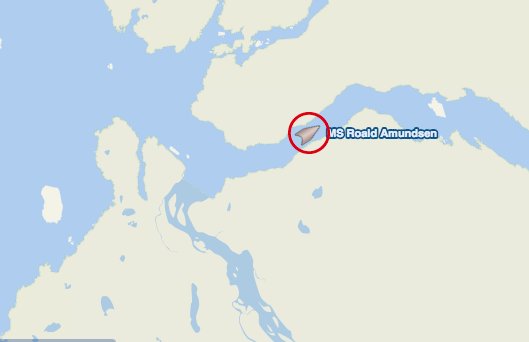 As I write this, while it’s still dark, we’re well into the fjord, whose name I can’t seem to find. Our ship’s log says it’s “Seno Fjord”, but I think “Seno” just means “fjord” in Spanish. Now we’ve just stopped to observe the Tempanos Glacier, though it’s pouring rain and very cold. It’s my first close-up view of a glacier save the Khumbu Icefall, which debouches off Mount Everest.

Sort of what it looks like from the ship’s panoramic camera, but the cliffs of the fjord are much closer; about a quarter-mile away. My photos will come later.

NOTE: As Michael points out in the comments, these are photos from yesterday as the panoramic camera and its attendant locator map are apparently way behind schedule. See comments for better information about where we are.

Leaving the fjord to head south: 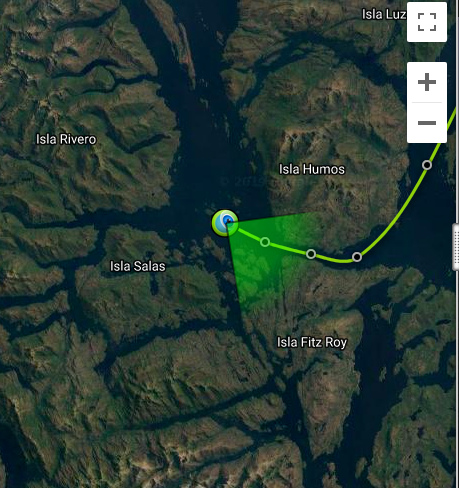 Now we’re headed to Villa Puero Edén (population 176), a small fishing town that’s accessible only by boat. It has no roads—only wooden sidewalks—and is reputed to be WET. As Wikipedia notes,

Puerto Edén will be the first place where we actually disembark since we left Valparaiso. I have waterproof gear.