Good morning on Sunday, October 20, 2019. Tomorrow I’m off to Chile, where I’ll spend a few days in Valparaiso before heading out of that port towards Patagonia, Antarctica, and, at the end, the Falkland Islands. I will be giving three lectures on a cruise (“The Fuegians, The Beagle, and Darwin,” “Science on Scott’s Terra Nova Expedition,” and “Evolutionary Lessons from Antarctic Animals”), and am looking forward to the trip immensely.

Posting will be reduced to a daily Hili dialogue (just the cat), which Matthew has volunteered to post. I’ll try to post from time to time on the ship, but I’m told internet is dicey, so don’t expect much. And I will, of course, be taking photos. 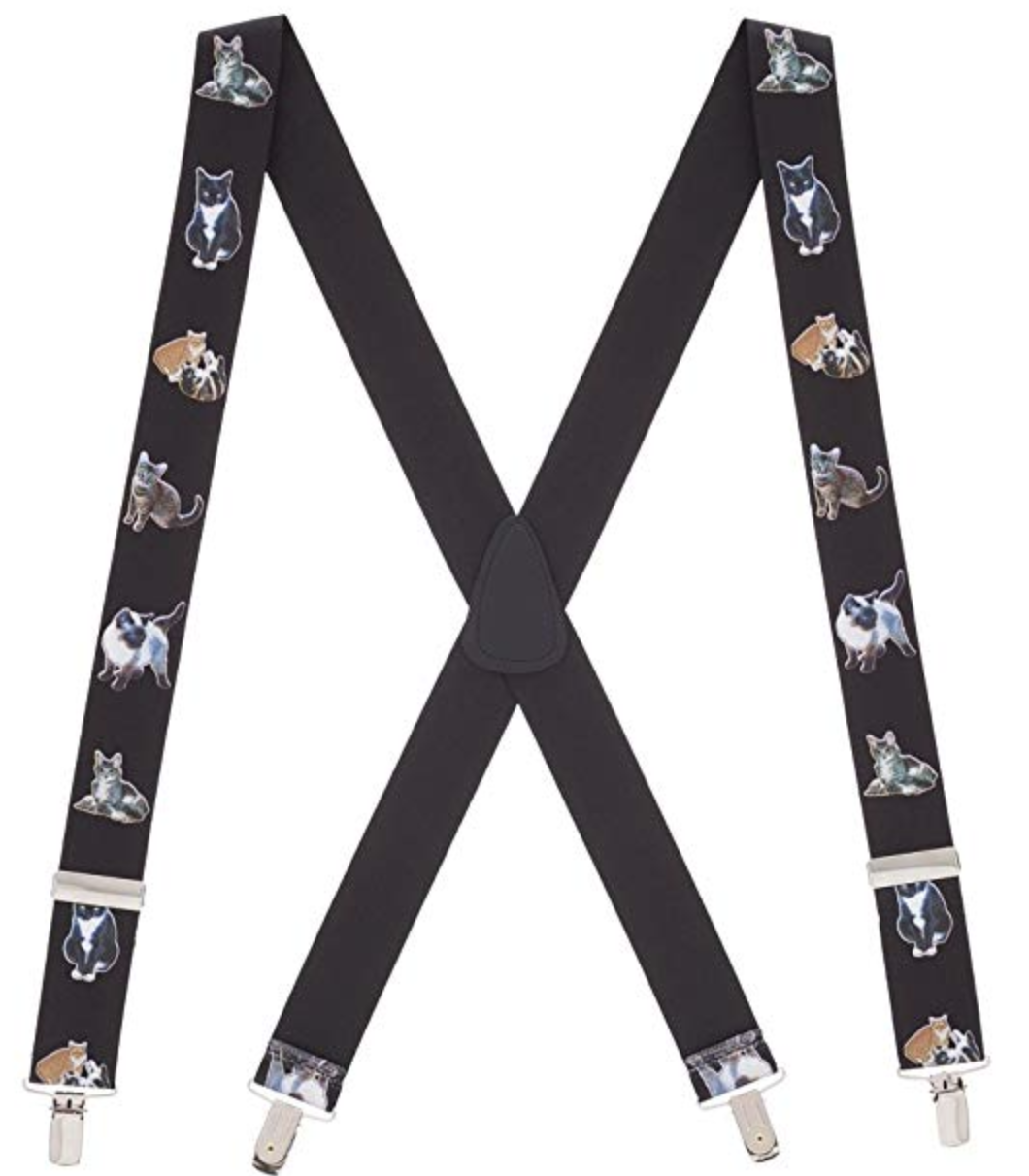 Stuff that happened on October 20 includes:

The March lasted over a year and traversed at least 6000 km. Here’s the route: 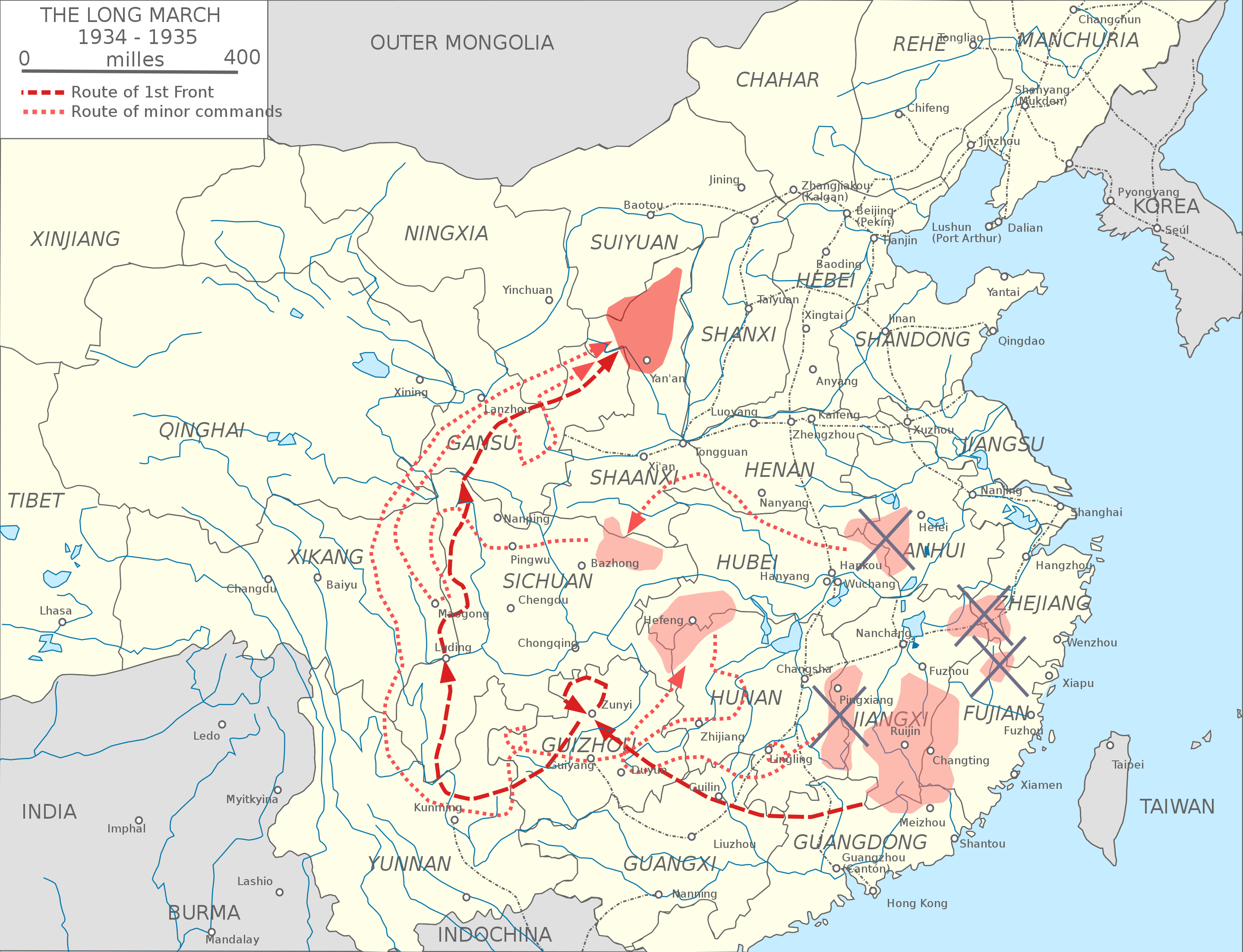 Read the link; it tells how a star quarterback and halfback from Drake University was targeted onfield by Oklahoma A&M College—because of his race. Bright, a black man, was knocked unconscious three times in the game’s first seven minutes, and had his jaw broken. Bright nevertheless threw a touchdown pass before he had to leave the game, and later and went on to a great career in Canadian football. Oklahoma State University (formerly Oklahoma A&M) didn’t apologize until 2005, and by then Bright had been dead for 22 years. Here he is: 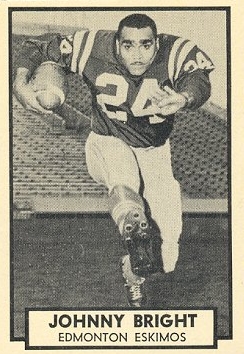 Letters uncovered two years ago reveal why Kennedy turned down the marriage proposal of her long-time friend Lord Harlech to marry Onassis instead.

Matthew anticipated Darwin’s theory of selection in an appendix to his 1831 book, On Naval Timber and Arboriculture, and the resemblance is striking, but neither Darwin nor Wallace ever read that book and Matthew didn’t develop his theory, so the other two men get the credit. He even called it “the natural process of selection,” and here’s a bit:

THERE is a law universal in nature, tending to render every reproductive being the best possibly suited to its condition that its kind, or that organized matter, is susceptible of, which appears intended to model the physical and mental or instinctive powers, to their highest perfection, and to continue them so. This law sustains the lion in his strength, the hare in her swiftness, and the fox in his wiles. As Nature, in all her modifications of life, has a power of increase far beyond what is needed to supply the place of what falls by Time’s decay, those individuals who possess not the requisite strength, swiftness, hardihood, or cunning, fall prematurely without reproducing—either a prey to their natural devourers, or sinking under disease, generally induced by want of nourishment, their place being occupied by the more perfect of their own kind, who are pressing on the means of subsistence. The law of entail, necessary to hereditary nobility, is an outrage on this law of nature which she will not pass unavenged ….

It was indeed a precis of a kind of natural selection, but nobody paid any attention to it, and it was called to Darwin’s attention by Matthew himself after On the Origin had been published. In later editions of his book, Darwin gave Matthew credit for anticipating what Darwin saw as his greatest idea.

Rimbaud stopped writing at 21, and died at 37, probably of bone cancer. Here’s his grave in Charleville, France (“pray for him”): 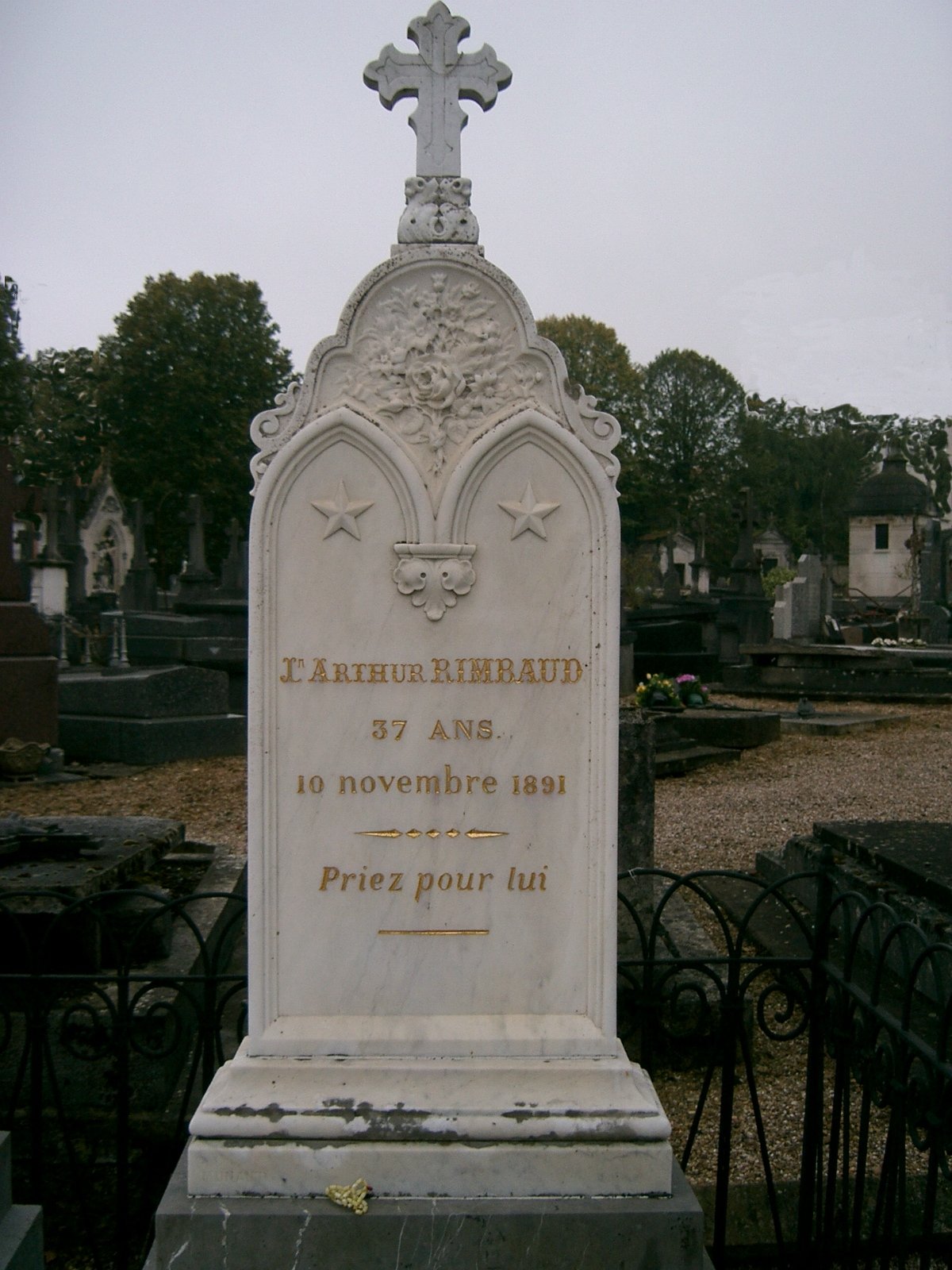 Here’s Snoop on the October 15 Howard Stern show, relating that Dogg employs a man whose whole job is to roll blunts for the rapper. The professional blunt roller makes between $40,000 and $50,000 a year. What a job!

Those who shuffled off the mortal coil on October 20 include:

Meanwhile in Dobrzyn, Hili is watching her diet:

Hili: This grass is not very tasty.
A: So why are you eating it?
Hili: Because it’s healthy. 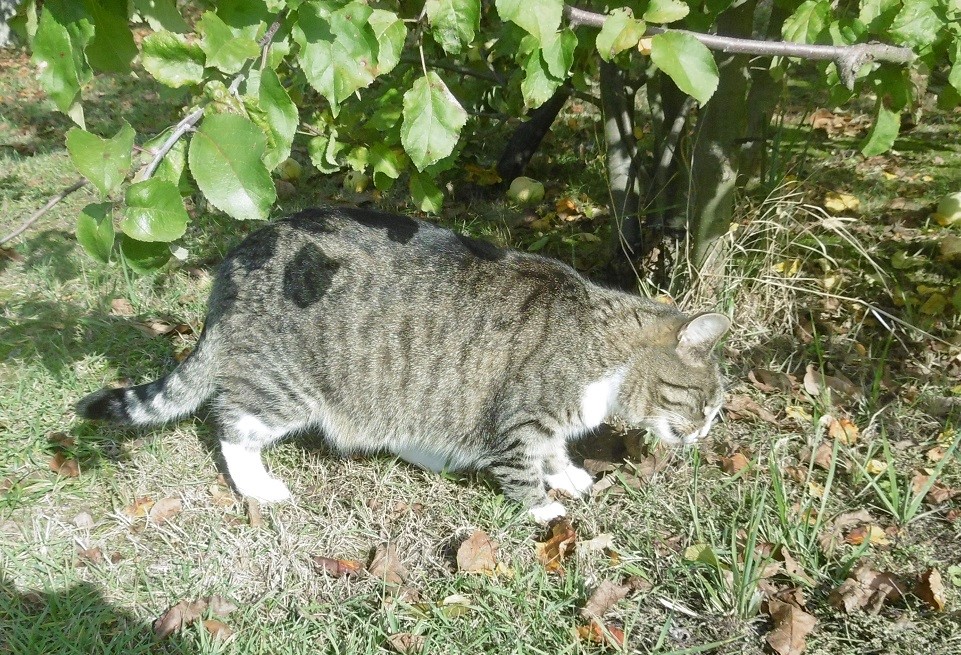 And at the nearby site of Leon’s future home (which once again didn’t get built this year), the Dark Tabby kvetches:

Leon: I have to look after everything myself.

Malgorazata explains the difficulty of translation:

Well, there is a problem. Leon says that he has to look after everything with  his managerial eye but it’s a Polish idiom which, moreover, uses an old-fashioned word not really used in normal speech. It definitively is not “managerial” but it was the only one I could think of. “Look after” is not a good translation either. I feel defeated by this simple sentence.

From The Cat House on the Kings (nb: First word should be “ever”): 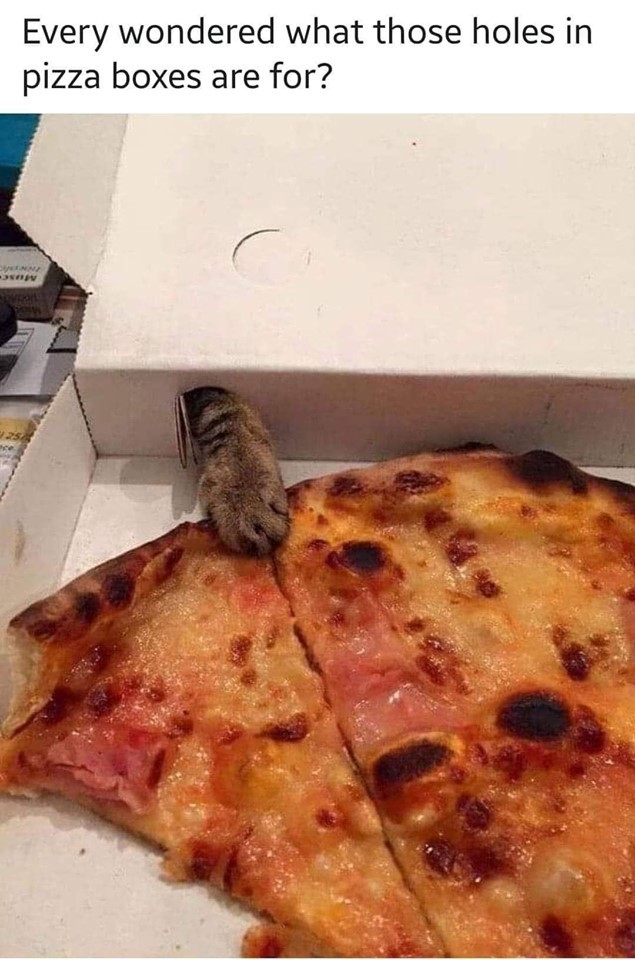 From Amazing Things. So true–I have a box like this except I KNOW I’ll never use them again. 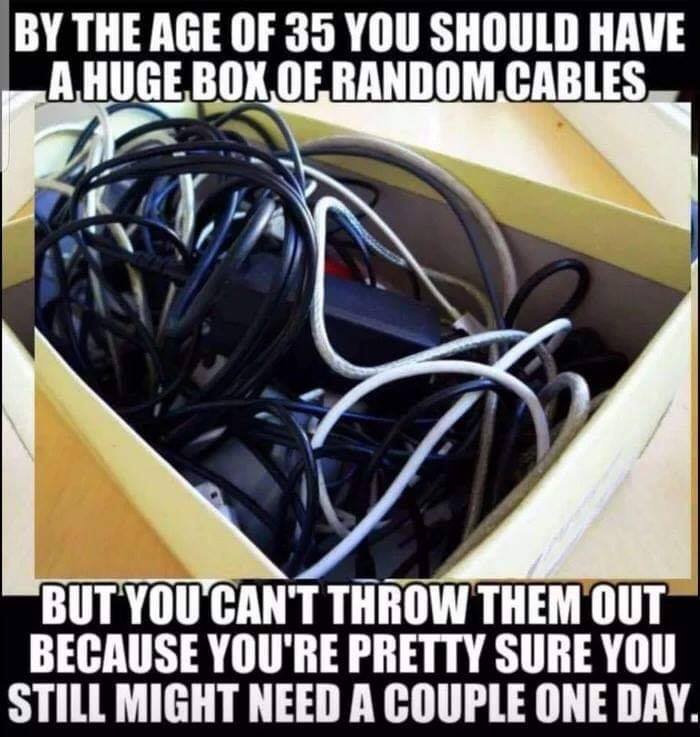 The Egyptians love their ducks:

There was a time earlier this year when museums and libraries were competing by putting their best ducks On Twitter. Here are a few competing with the Museum of English Rural Life:

I am partial to this rather rare species of duck held in the @britishmuseum's prints and drawing room.
(Giulio Romano, design for a pair of tongs, 1520s-ish)https://t.co/Z9TO2zmg6p pic.twitter.com/gmtVJaQj9H

The nose art of the B-24 Liberator "Dinky Duck" could compete with both of your ducks. Image @I_W_M pic.twitter.com/YcbIq8kGSv

If you’re going for utility, my vote goes to the duck billed speculum https://t.co/HX6P3SnczI

From reader Barry, a duck that thinks it’s funny (second tweet). But it’s also a bit sad, since these are ducks in the market. Sound must be up for this one.

From Matthew Cobb. This has got to be one of the best put-downs of a troll ever. (Remember the British census that counted animals?)

… even when I'm clearly not parent-shaming (?)

… & that person was a cat pic.twitter.com/LKITkkApWo

These lenticular lenses are amazing. I don’t understand how the lower pencils appear whole when they turn the lens vertically:

Lenticular lenses can be used to blur images along a single direction pic.twitter.com/lKon9KLtwI