I’m writing most of this on Thursday morning, as tomorrow I leave early to travel to Albany and then fly back to Chicago—via Baltimore! Will any ducks be at Botany Pond when I return? Stay tuned.

As of Thursday night, there were three ducks swimming around: a lovely drake (probably not Ritz), an unknown hen, and . . . HONEY!!!! I hope to see her at least one more time before she heads down the Mississippi Flyway. Yesterday I have reports that Wounded Warrior, the injured hen, now seems to have completely recovered and is swimming normally and flying in and out of the pond. This makes me very happy.

Stuff that happened on October 4 includes:

This was the first translation of the entire Bible into modern English, and here’s the frontispiece: 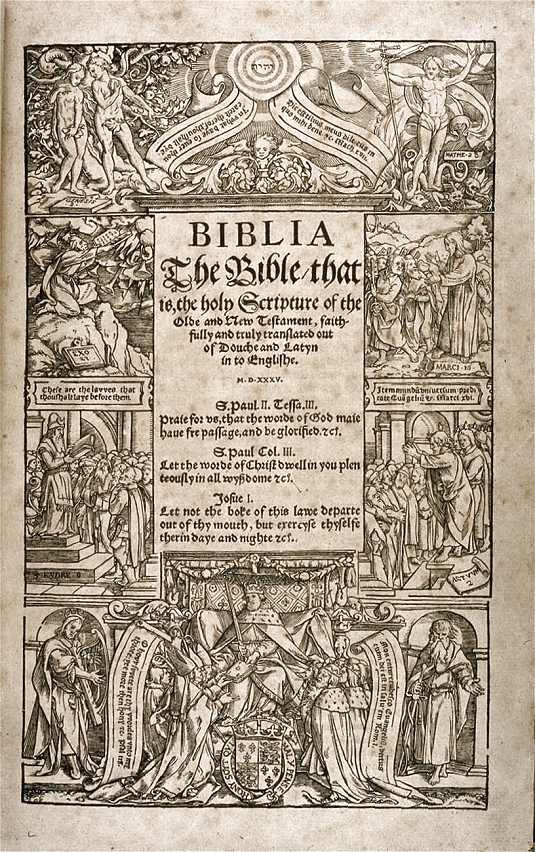 Here’s a poster from 1888 or 1889 advertising that luxury train, which went from London to Istanbul; the regular runs stopped in 1977 though there’s still an expensive tourist train that does the run from Paris to Istanbul: 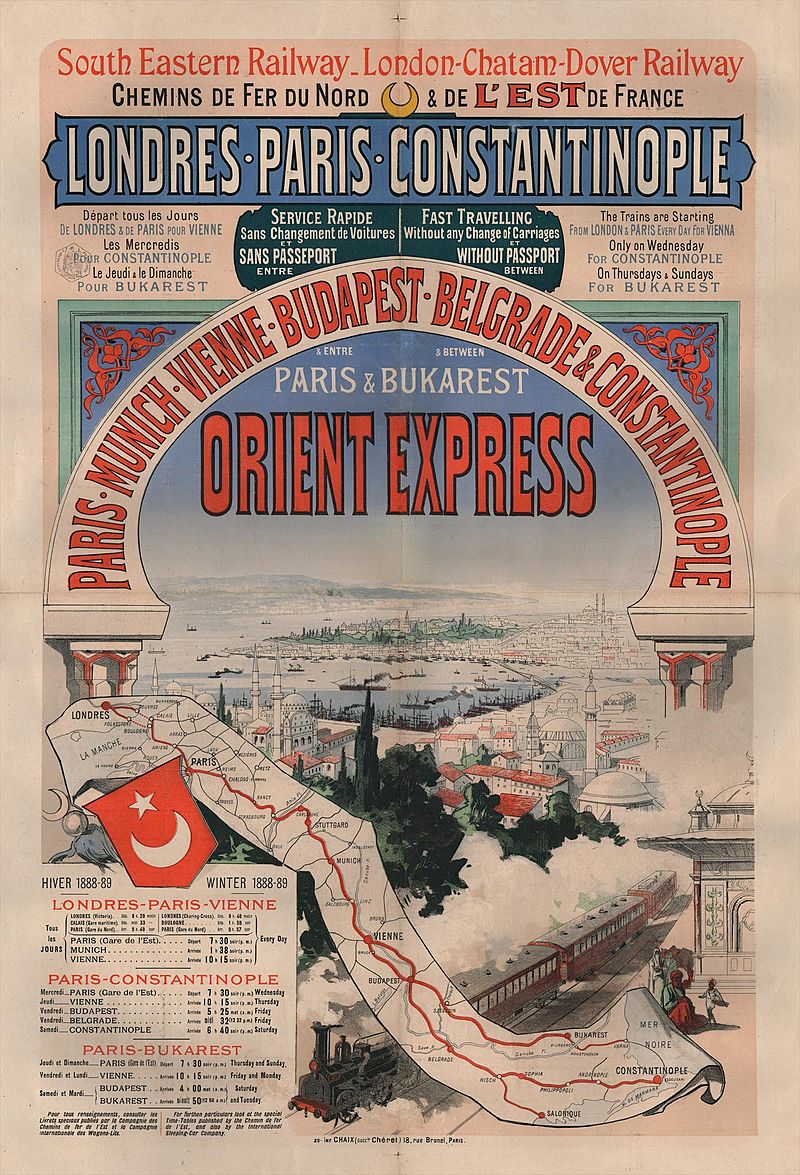 This was a famous pushback by the British public against Oswald Mosley’s “black-shirt” British Union of Fascists, who were Nazi sympathizers. I suppose you could call the protestors the first Antifa, but I like them a lot more than today’s Antifa. Here’s a short film:

The details of this one and and of the biggest cash robbery:

The Loomis Fargo Bank Robbery was a robbery of $17.3 million in cash from the Charlotte, North Carolina, regional office vault of Loomis, Fargo & Co. on the evening of October 4, 1997. .  This robbery was the second-largest cash robbery on U.S. soil at the time, as only seven months earlier, on March 29, 1997 in Jacksonville, Florida, Phillip Noel Johnson stole $18.8 million from the Loomis Fargo armored vehicle he was driving.

The perpetrators of both robberies were caught and most of the money recovered.

Those who passed on on October 4 include:

Meanwhile in Dobrzyn, Hili shows an unsual (but bogus) empathy:

Hili: This chair is not comfortable.
Sarah: So go on the bed.
Hili: I will lie here a moment in solidarity with cats who don’t have access to soft beds.

And in Wloclawek, Leon has clearly recovered from his illness:

Leon: Is supper ready yet?

Would you get a tattoo like this? They are lovely, but I think my body shall remain unmarked:

Three tweets from Heather Hastie. Notice how the sneaky student hides the kitten from the teacher:

A classic meme, this time with a bear:

"excuse me, do you have a moment to talk about our Lord and Saviour Jesus Christ?" pic.twitter.com/Wv29LwIRJc

When she says that she's not really hungry but might try a little bit of your food.

Tweets from Matthew Cobb. The first is an interesting case of convergent evolution, and in species with bright colors. The “super black” plumage exaggerates the brightness of adjacent color patches.

Do you think this pig is blowing bubbles for the fun of it?

Such a pure thing to watch. 🐽💕

Animals should be respected and able to be as silly as they’d like. pic.twitter.com/Dt61pMKs7y

This shows two things: Matthew has been feeling down, and there are dolphins swimming in the Potomac. I’m amazed (by the latter):

A bit of good news in a bleak world. https://t.co/34MAHaTapx

The Tribune Tower, the world’s only Gothic skyscraper, was the former home of Chicago’s best newspaper, and my favorite building in the city. Now it’s being turned into luxury condos.

I still regard a newspaper as a miracle – all that news, reporting, commentary, cartoons, obituaries and more, everyday, for less than a cup of coffee costs. https://t.co/u3BLCjYNUp 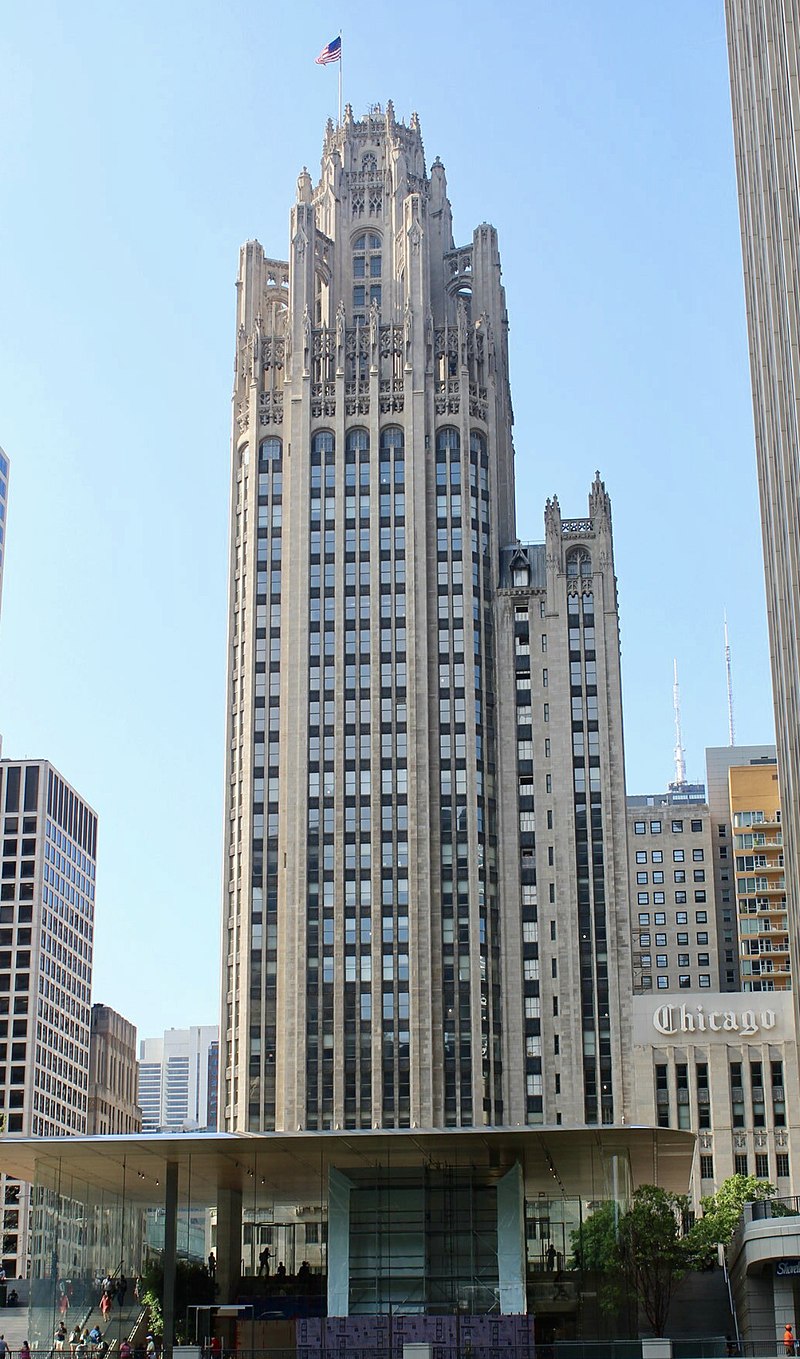