Reader Michael Hannah, a professor at the School of Geography, Environment and Earth Sciences in Victoria University of Wellington, sent some nice photos of New Zealand birds (I’ve posted his wildlife photos once before).  His notes are indented.

Some images of New Zealand bids to help fill the tank! I’m lucky to live near an urban sanctuary near Wellington – Zealandia. The sanctuary has enriched the birdlife in all the surrounding suburbs well worth a visit. Tours at night are very popular as there is a flourishing population of Kiwi. And it’s only a few kilometres from the city centre and a few meters from busy suburbs. The pictures of the Tui, Hihi and Tieke were all taken in Zealandia:

Tui – Prosthemadera novaeseelandiae. I’ve been trying to get some decent pictures of these feisty birds for some time – these two, resplendent in their spring colours, obligingly posed for me. Tui are some of the more common birds in our garden. 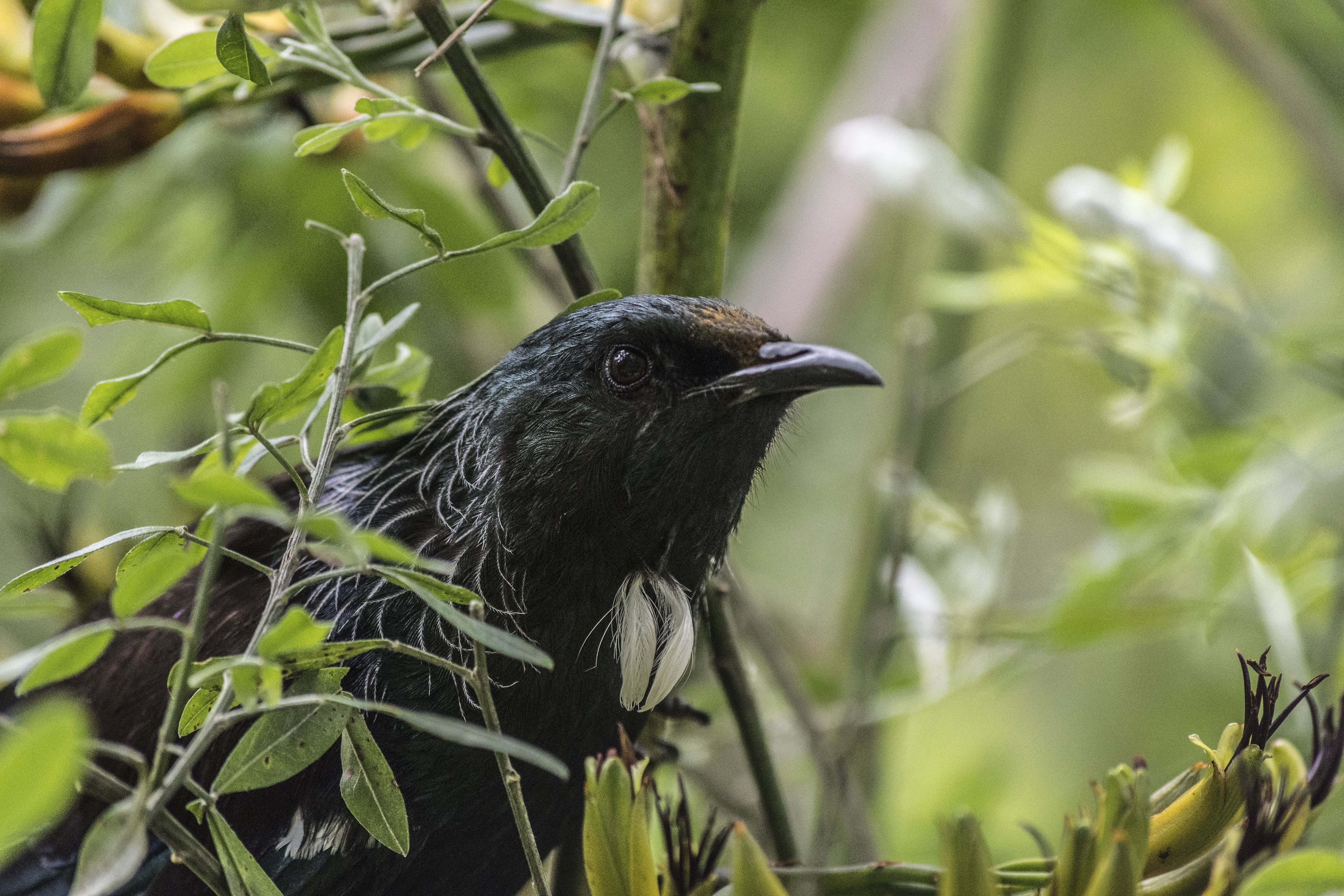 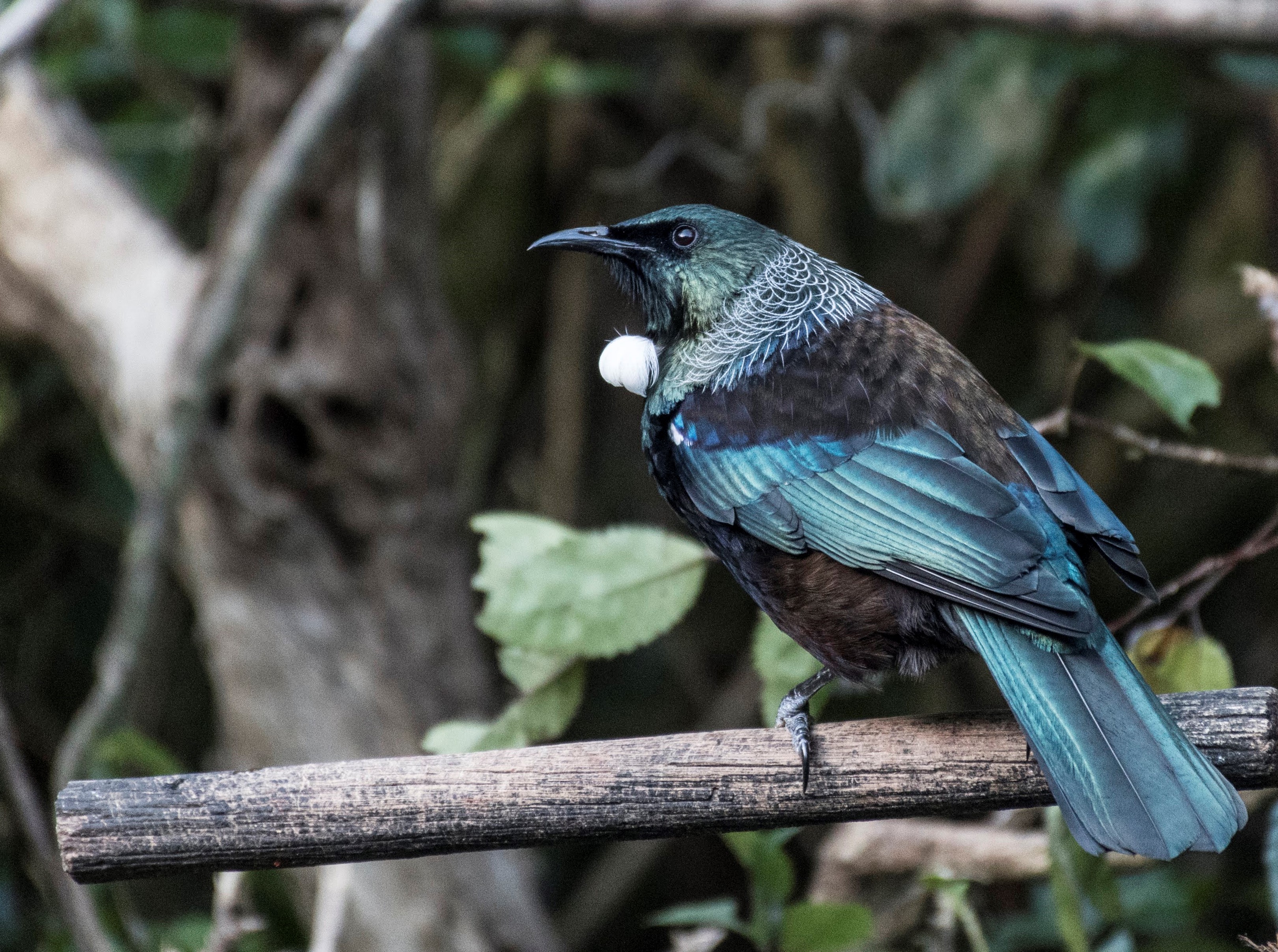 HIhi (stitchbird) – Notiomystis cincta.  Reasonably common in the sanctuary – haven’t spotted one at home yet. 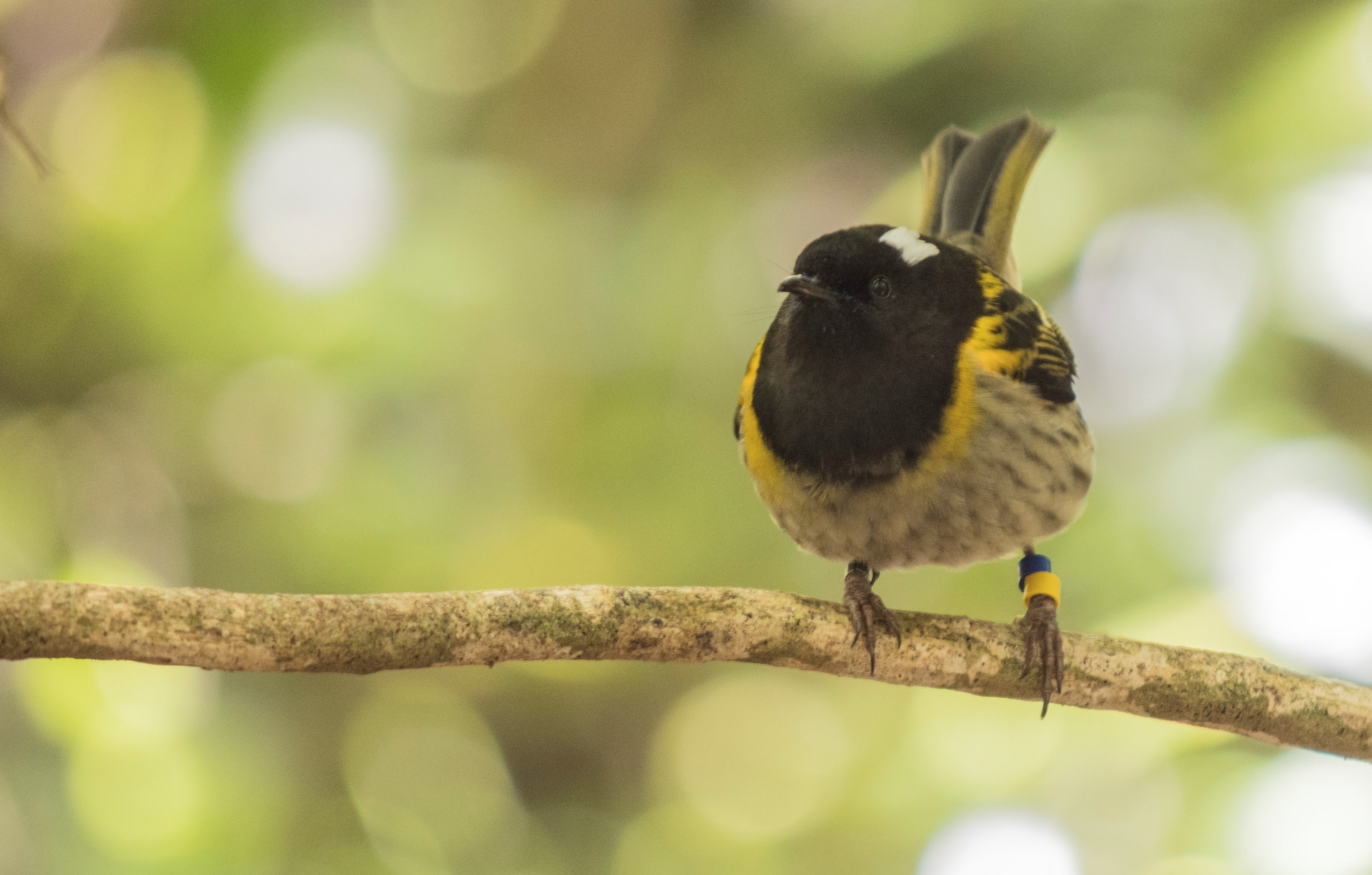 Tieke (saddleback) – Philesturnus carunulatus. A really lovely bird – you can see where the European name came from. I swear that they know when you are trying to photograph them. They wait till you have just about focused then leap to another branch and look back at you. 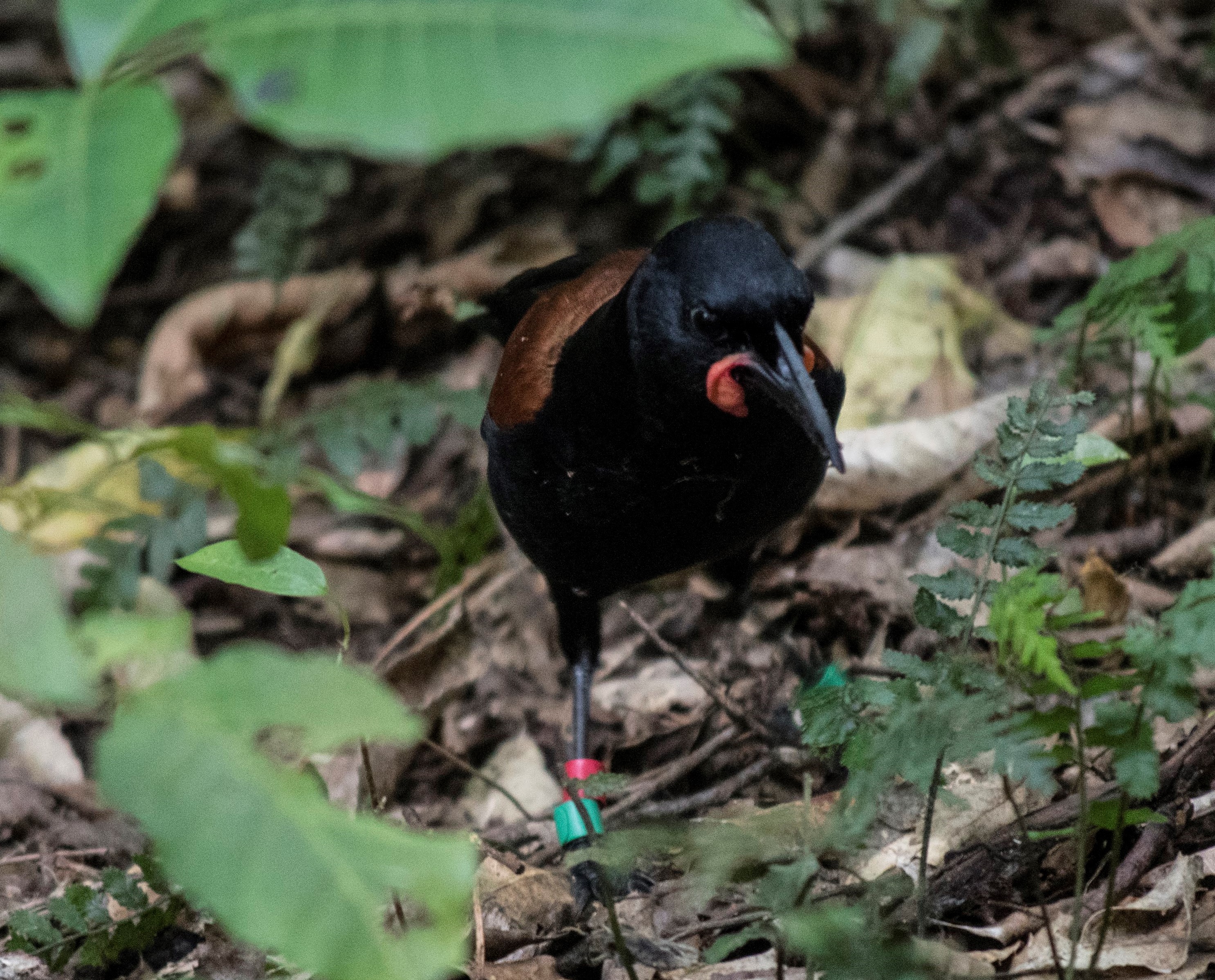 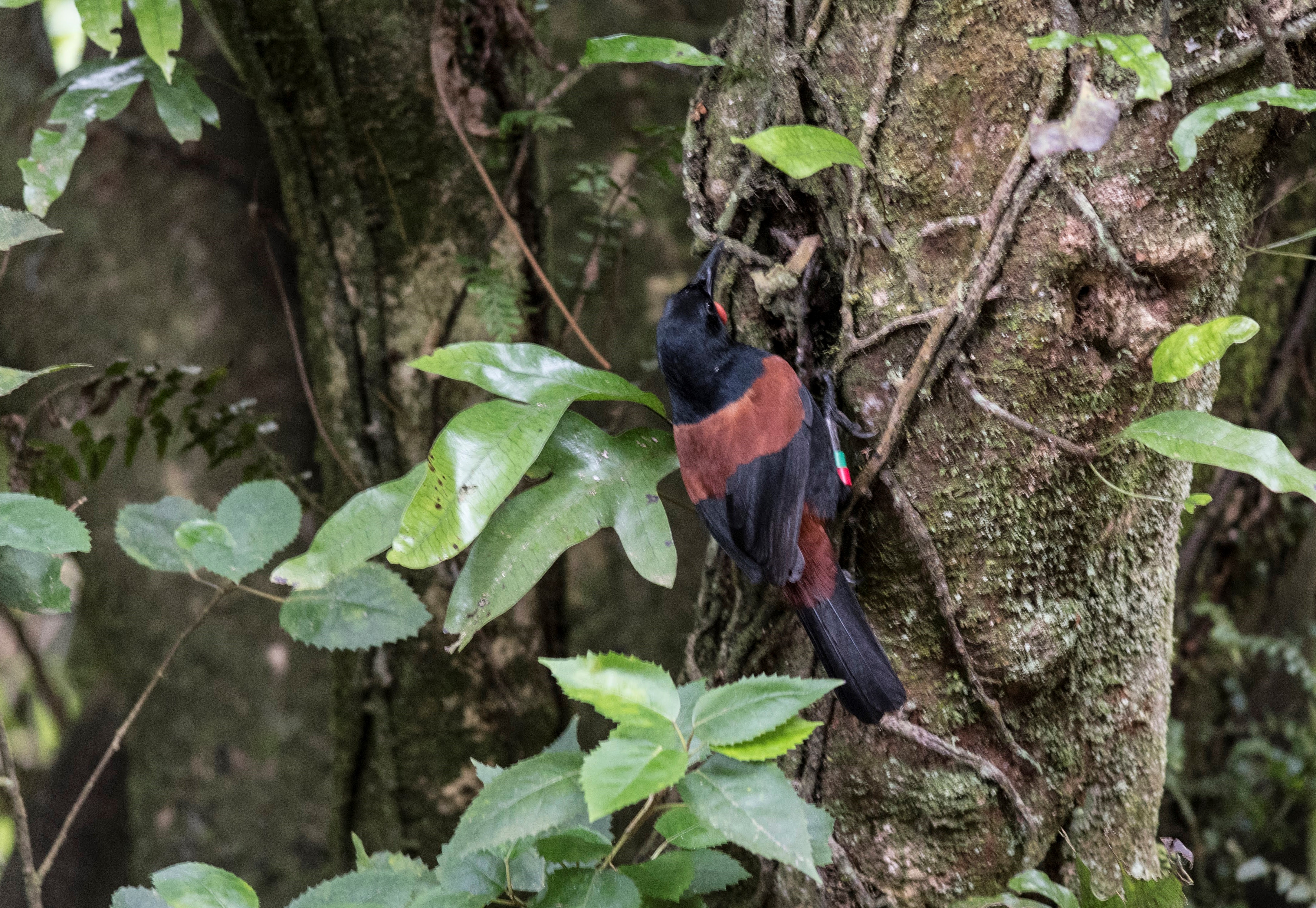 Otago Shag– Leucorarbo chalconotus These two images were taken at Sumpter wharf in Oamaru on the South Island. The Shags have taken it over as a nesting place and it’s covered in hundreds of birds. I think Sumpter Wharf is at least close-if not actually where the survivors of Captains Scott’s  1910 expedition first reached landfall carrying the news of Scott’s death. 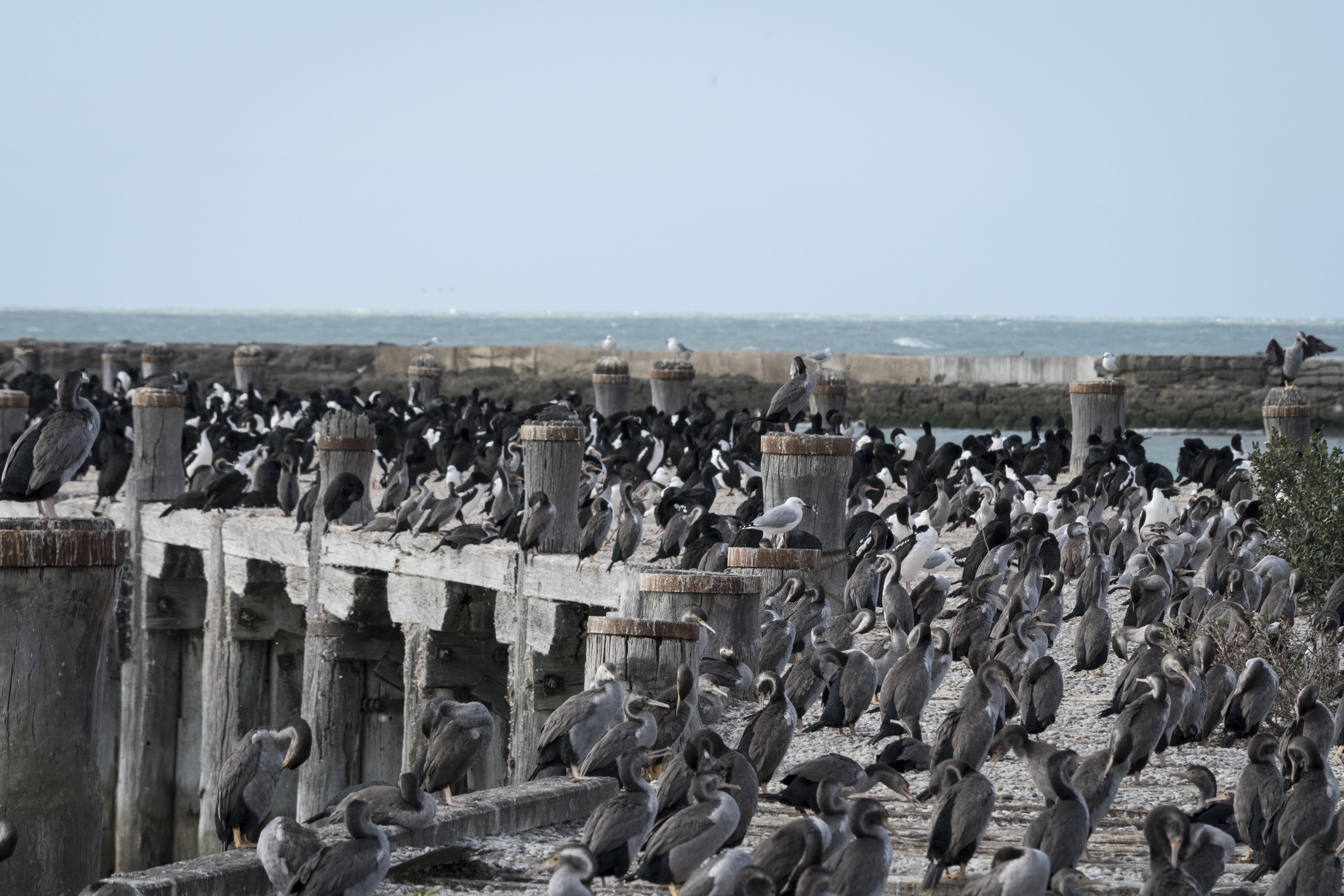 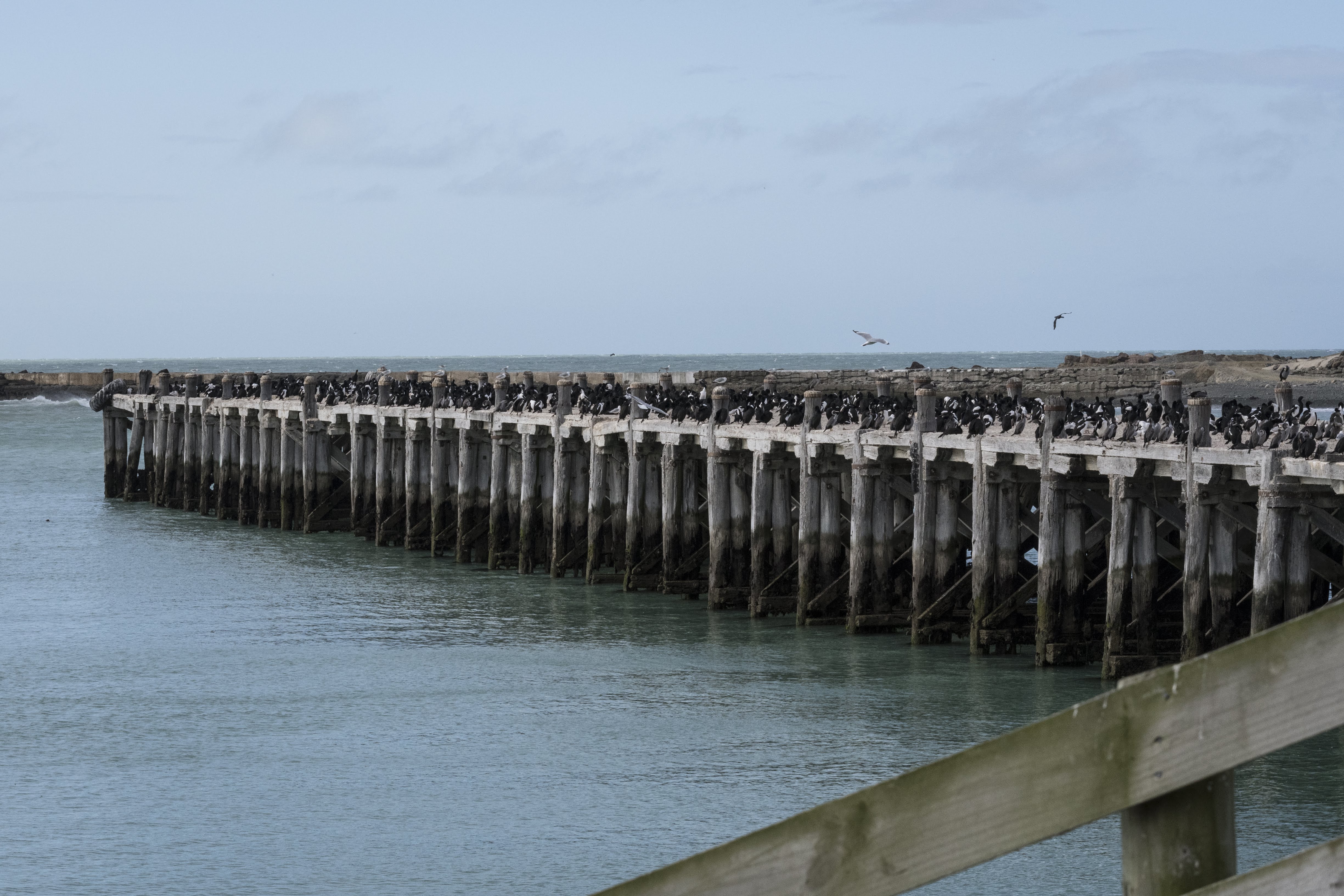 Papango  (New Zealand Scaup)- Aythya novaeseelandiae. Not the greatest of photos – it was taken on a lake near Tekapo also on the South Island: 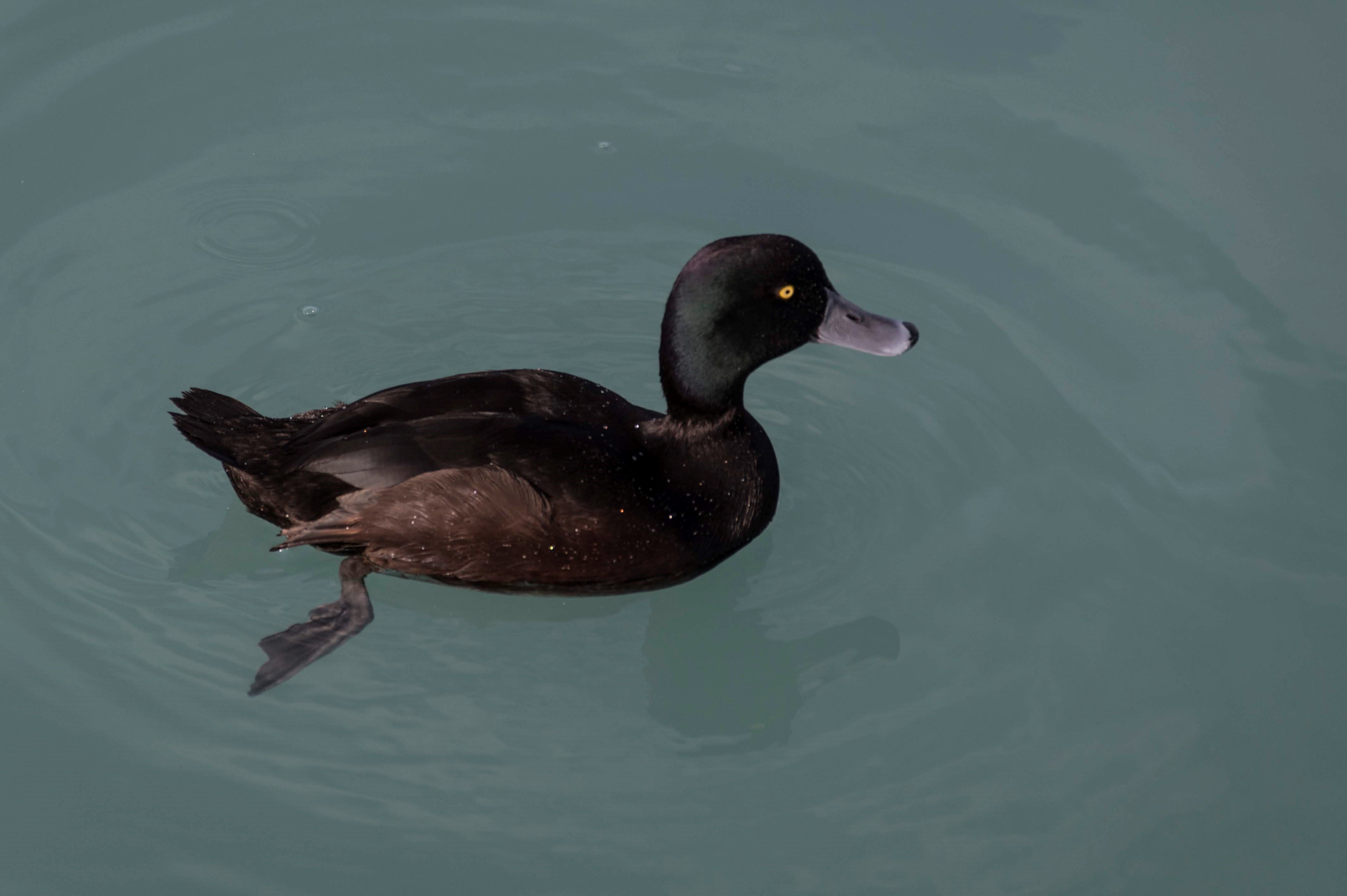