Today’s story comes from behind The Times paywall. Summary: the Pope is trying to approve “spirit worship” to tackle the shortage of priests in the Amazon, and traditionalists are against it!

I can’t get access to the full Times story, nor could I find it anywhere else, but here’s a screenshot of what’s available: 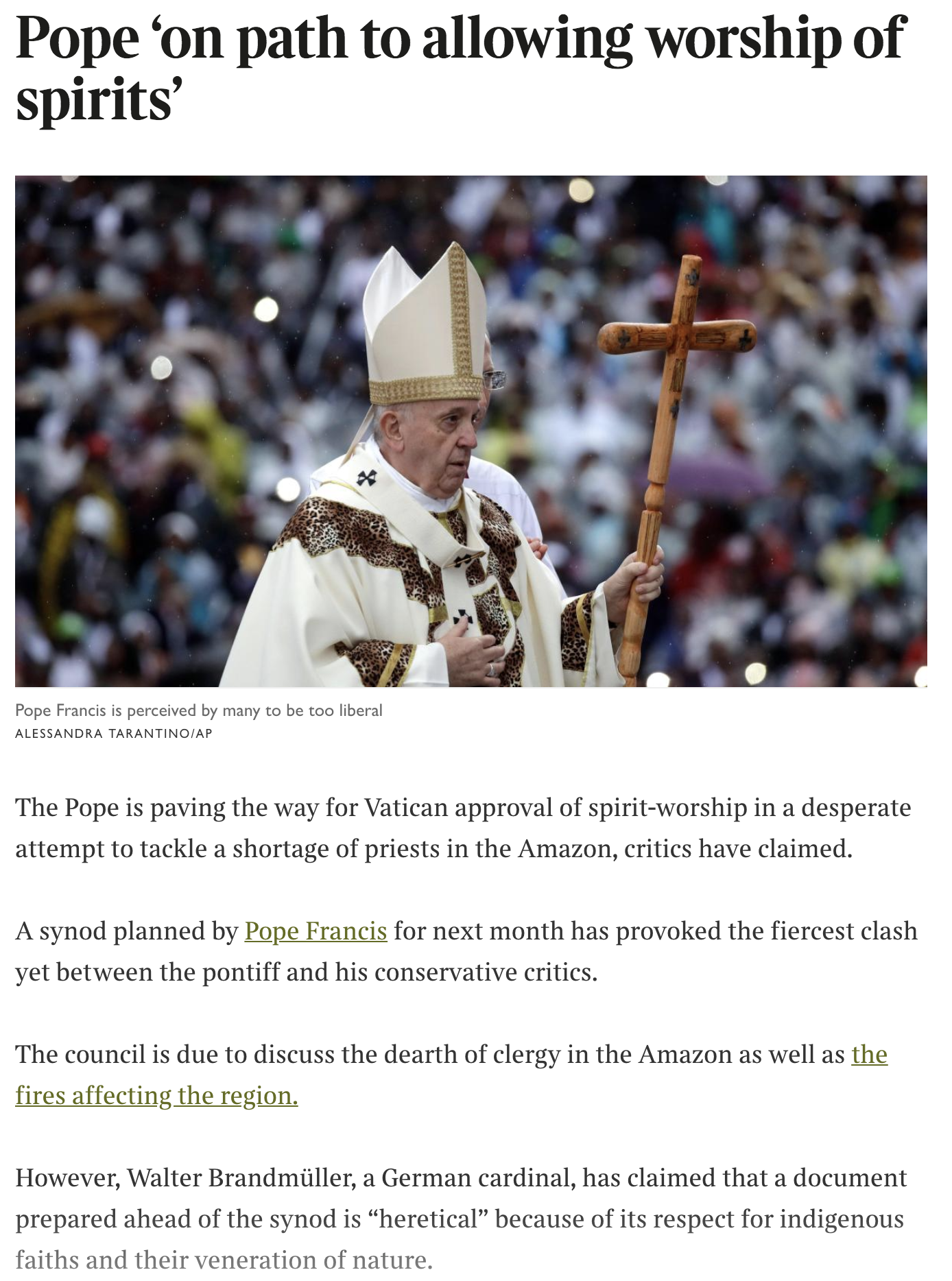 Now I’m not sure what “spirit worship” is, but in the strip below Jesus seems to think it’s the spirits venerated by people in the Amazon, in which case they would be pagan spirits. At any rate, Jesus sees through the Papal ruse: 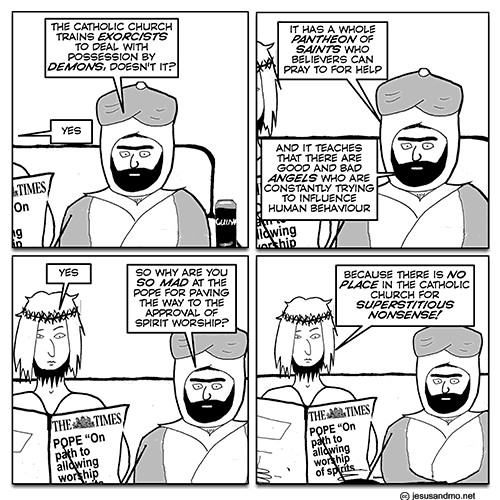