We have some animals and some astronomy today. First, three photos from reader Tim Anderson of Australia, who appeared in “photos of readers” two days ago. His notes are indented:

Last night [August 26] was an extraordinarly clear and still night here at the Manor to Which I Have Become Accustomed. I managed to get decent images of four of the glories of the southern skies. I will send them as separate emails in case their size overwhelms your inbox.

This is an image of the Sculptor Galaxy (NGC253). Sometimes it is nice to see a view of a distant galaxy in the context of its starfield rather than close up.

This is a composite of one hundred 60-second images taken with a Skywatcher Esprit 100mm refractor, ASI071MCPro camera, UV/IR cut filter, and an EQ8 mount 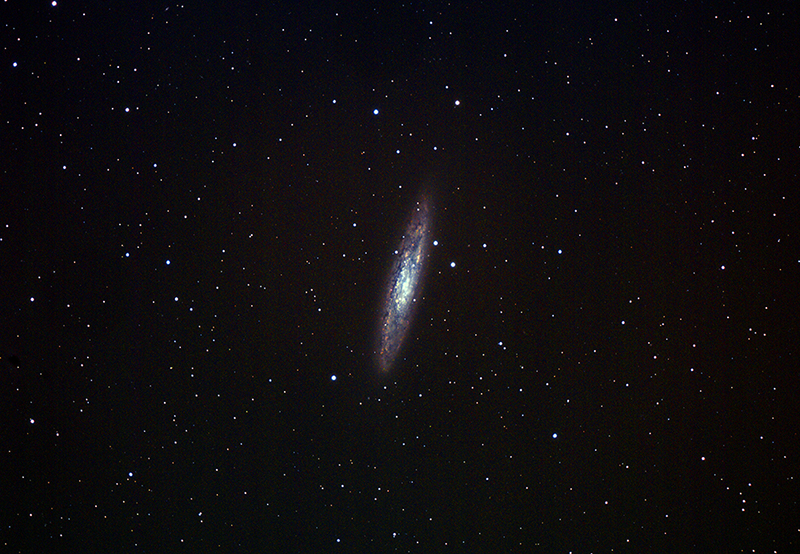 This is an image of the Centaurus A Galaxy (NGC5128). It is actually two galaxies – a large elliptical in the background, and a spiral galaxy in the foreground that is in the process of being swallowed by its larger neighbour. This will happen to our galaxy when we encounter the Andromeda Galaxy in about five billion years. This involves sixty 30-second images captured with a Skywatcher Esprit 100mm refractor, ASI071MCPro, UV/IR cut filter, and an EQ8 mount. 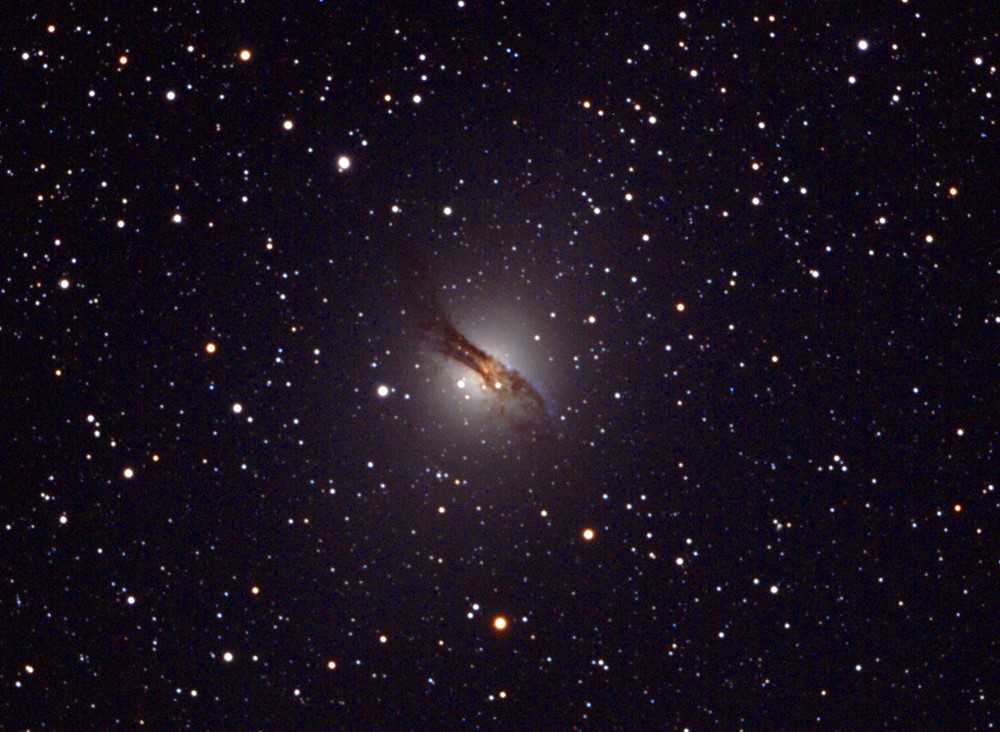 This image shows the brightest globular star cluster in the night sky – Omega Centauri. It contains about 5 million stars and is one of the oldest objects in our galaxy. It comprises sixty 10-second images taken with a Skywatcher Esprit 100mm refractor, ASI071MCPro, UV/IR cut filter, and an EQ8 mount.

JAC: note that the galaxy below contains ten million stars. 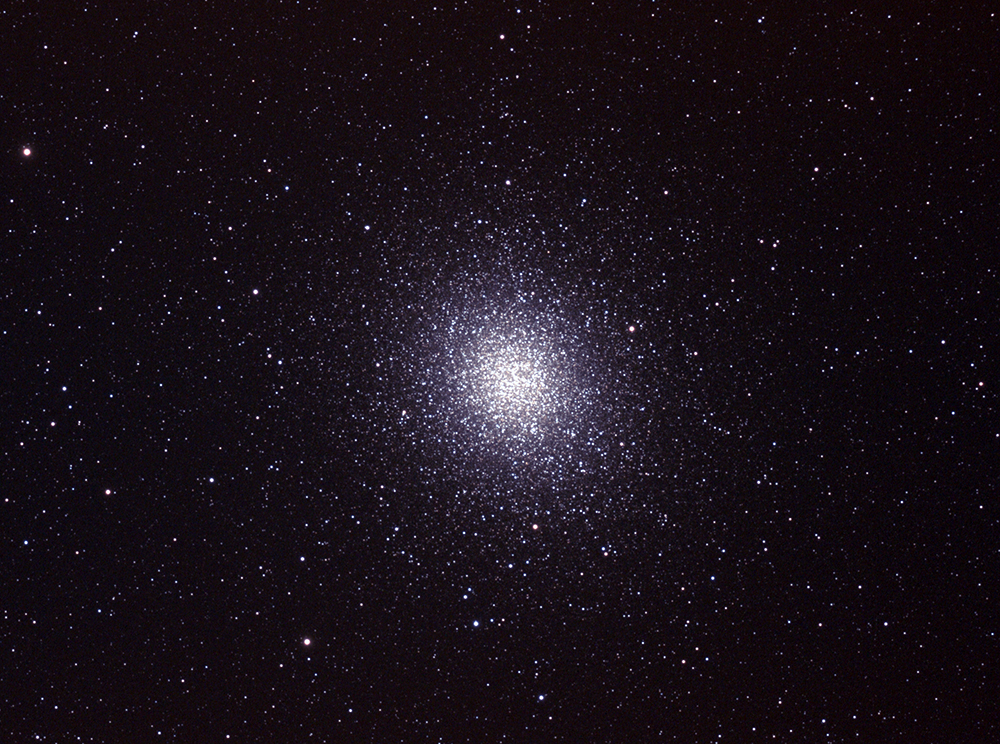 From reader pyers, an insect and a flower: “A honey bee and my runner beans.” He adds:

This cannot be, under any circumstances, be described as wildlife but I hope that you like the photo 🙂 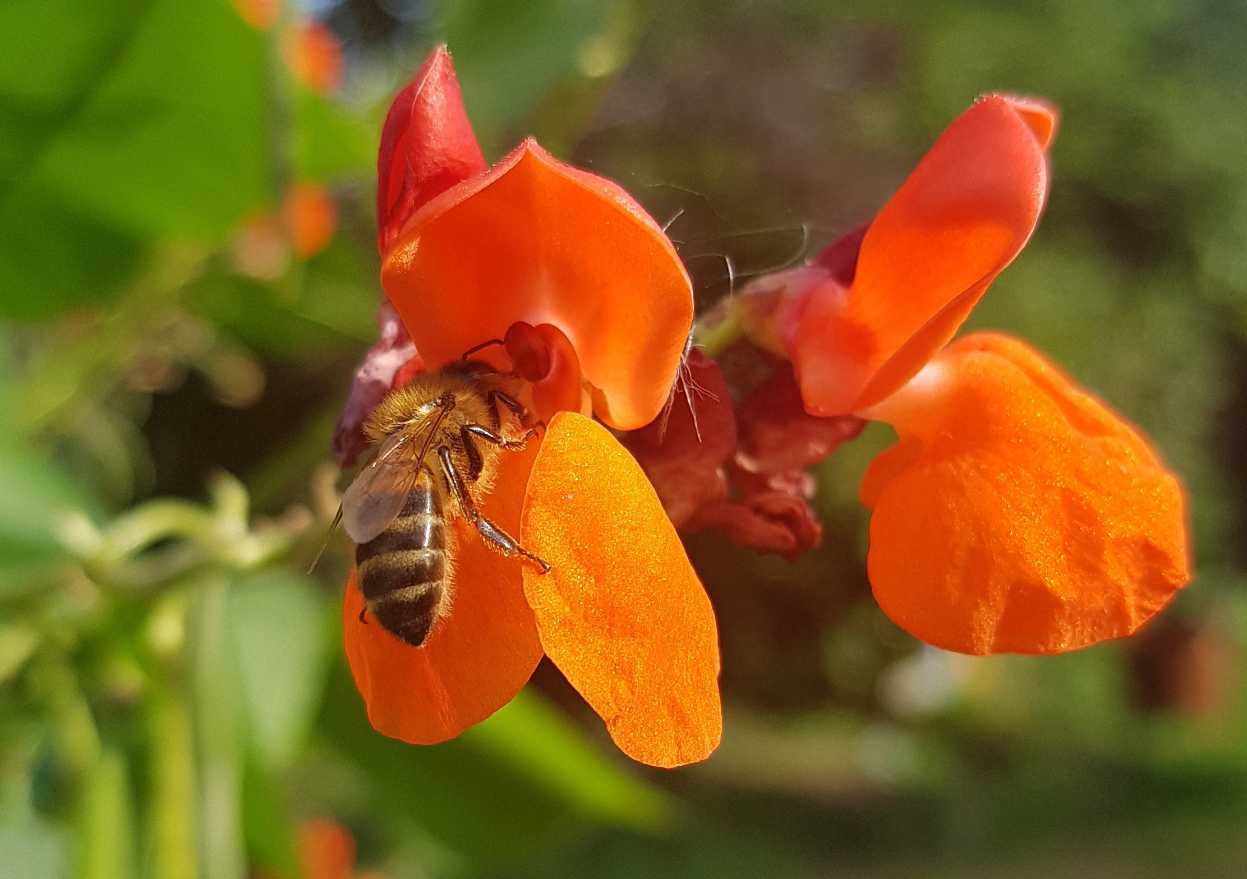 And from Jim Thompson, a scene of “urban wildlife”, elk (Cervus canadensis) resting around humans:

This was taken between the concession stand and the Ranger Station at Mammoth Terraces in Yellowstone National Park a couple weeks ago. 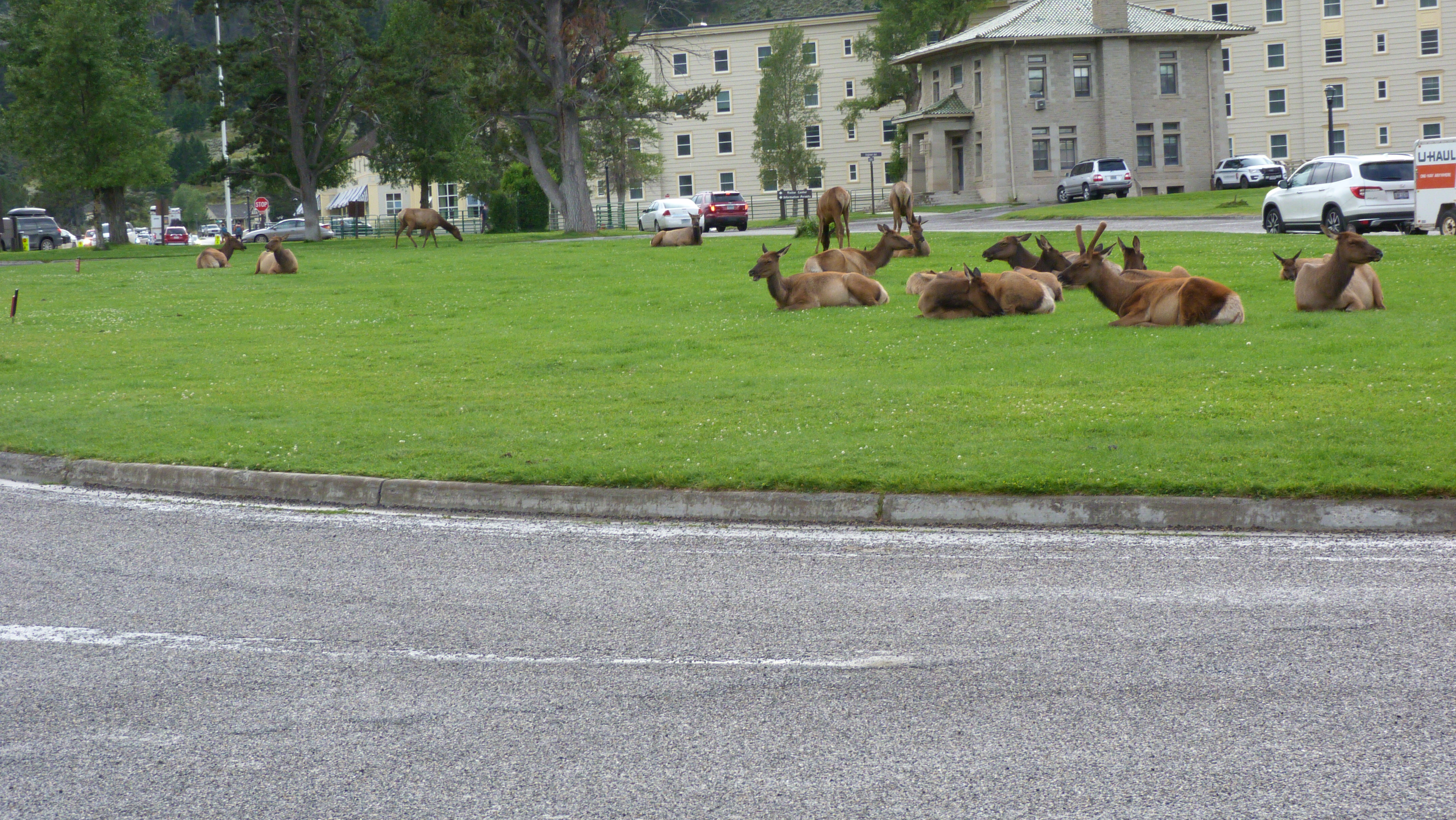