It’s Saturday, August 17, 2019, National Vanilla Custard Day. This is the harbinger of a bland and unappealing day. On the bright side, it’s International Homeless Animals’ Day (adopt one now, please) and World Honeybee Day.

It’s also National Black Cat Appreciation Day, and to help you appreciate it are the black cats of two readers, with Alcestic Jerry (recumbent) and Octavia Sadie (sitting up). Their staff is Gethyn and Laurie, and the sisters were rescued as kittens from a market and adopted out by Feline Friends London, our Official Website Charity®.  In fact, they were adopted exactly six months ago today. At first they were wild and fearful, but now they’re part of the family, even rolling upside down for tummy rubs. 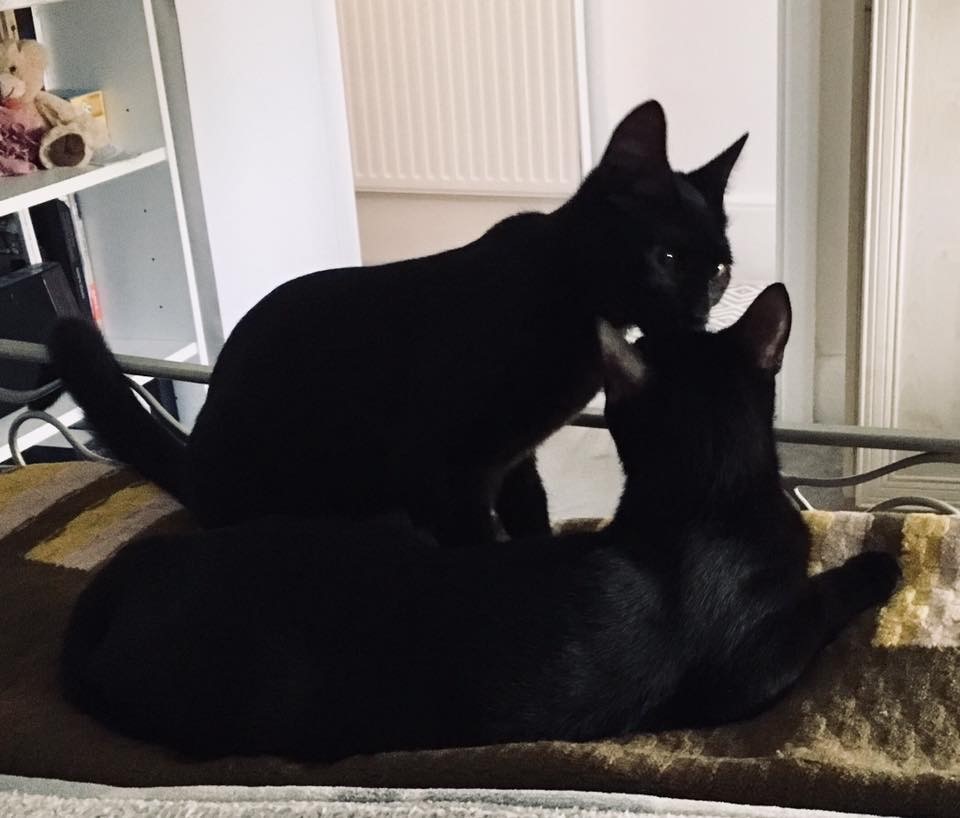 A Marian apparition is, of course, a vision of the Virgin Mary, like Bernadette’s vision at Lourdes or the one in Fatima, Portugal. But why is it always Mary and never Jesus?

The car that struck Driscoll, doing a demonstration on the grounds of the Crystal Palace in London, was going only 4 miles per hour. Nevertheless, she died. Here she is (circled):

And, for your delectation, here’s the short Fantasmagorie, in which a character in pantaloons has many adventures.

Lynching of white men in the South (Frank owned a pencil factory in Atlanta) was a rarity, and Frank appears to be the only Jew in American history ever lynched. If you want to see a photo of his hanging body, there’s one at the link. Most later analyses exculpated Frank and concluded that the likely murderer was the factory’s janitor, but of course Frank was Jewish. Here’s his photo:

Other stuff that happened on this day:

Of course, a few months earlier he had denied it, as shown in this video:

The Line, intended to transport African-Americans, was plagued by mismanagement and bad ships. Garvey wound up being convicted for mail fraud and, deported to Jamaica, died in 1940.

Felt, of course, turned out to be “Deep Throat” in the Watergate affair, helping bring down Richard Nixon. I see him as a hero.

Notables who expired on August 17 were few; they include:

Hili: How do spiders select a place for a spiderweb?
A: You will have to talk to a spider about it. 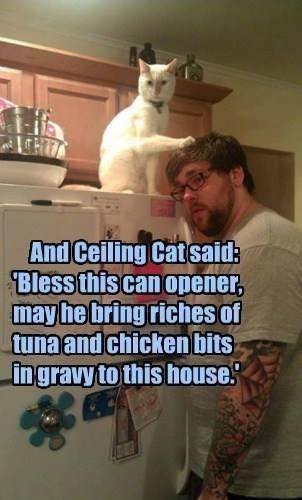 Su sent this wonderful artwork from You Need More ART in Your Life: “A mother wrench feeding her young.” 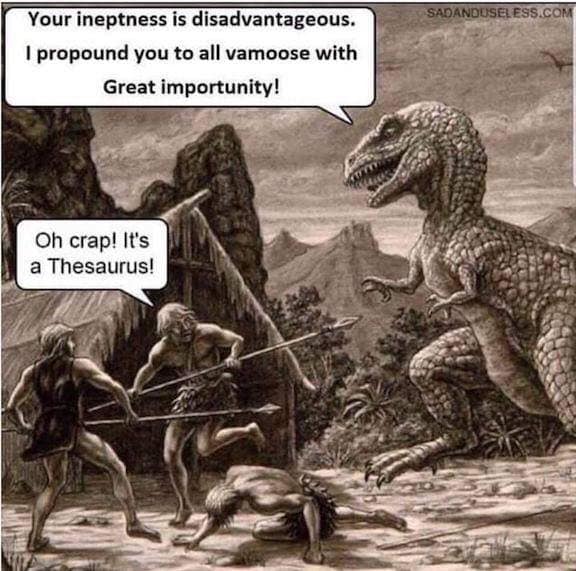 Here’s a tweet Grania sent me on January 3 of this year, saying “Here: you will enjoy this.” It’s from the fake DPRK News site. And yes, I did enjoy it:

Reader Thomas sent this tweet with a poignant conversation between Anderson Cooper and Steven Colbert. You may know that Colbert lost his dad and two brothers in a plane crash when he as ten: that’s the incident to which he refers. Although he’s a Catholic (which mystifies me in a man so smart and thoughtful), at the beginning he sounds like a Buddhist.

This is an extraordinary, intelligent, inspiring conversation. God bless @StephenAtHome & @andersoncooper for letting us eavesdrop. 🙏 https://t.co/TE6TfroKf0

Nilou once again demonstrates how wicked and sly birds can be:

Two cat tweets from Heather Hastie, who got them from Ann German. I believe that’s John Lennon in the photo:

'"Cats don't have names,' it said.
'No?' said Coraline.
'No,' said the cat. 'Now you people have names. That's because you don't know who you are. We know who we are, so we don't need names.”'
– Neil Gaiman (@neilhimself)#InternationalCatDay pic.twitter.com/7m29rmpE2o

I love this ad:

Today's Vintage Ad With Bizarrely Out-Of-Place Cats is going for a spin! pic.twitter.com/So56sCfsZq

And two tweets from Matthew Cobb, who has the weight of the world (Brexit, Trump, global warming, etc.) on his shoulders. This tweet has apparently added to it.

But here’s something that cheered him up:

Kitten having a bit of trouble being cat-shaped today. pic.twitter.com/dUitXvD8Xa