Reader barriejohn called my attention to this article from the BBC (click on the screenshot), which shows about how far the British police and the British law are going in suppressing speech. 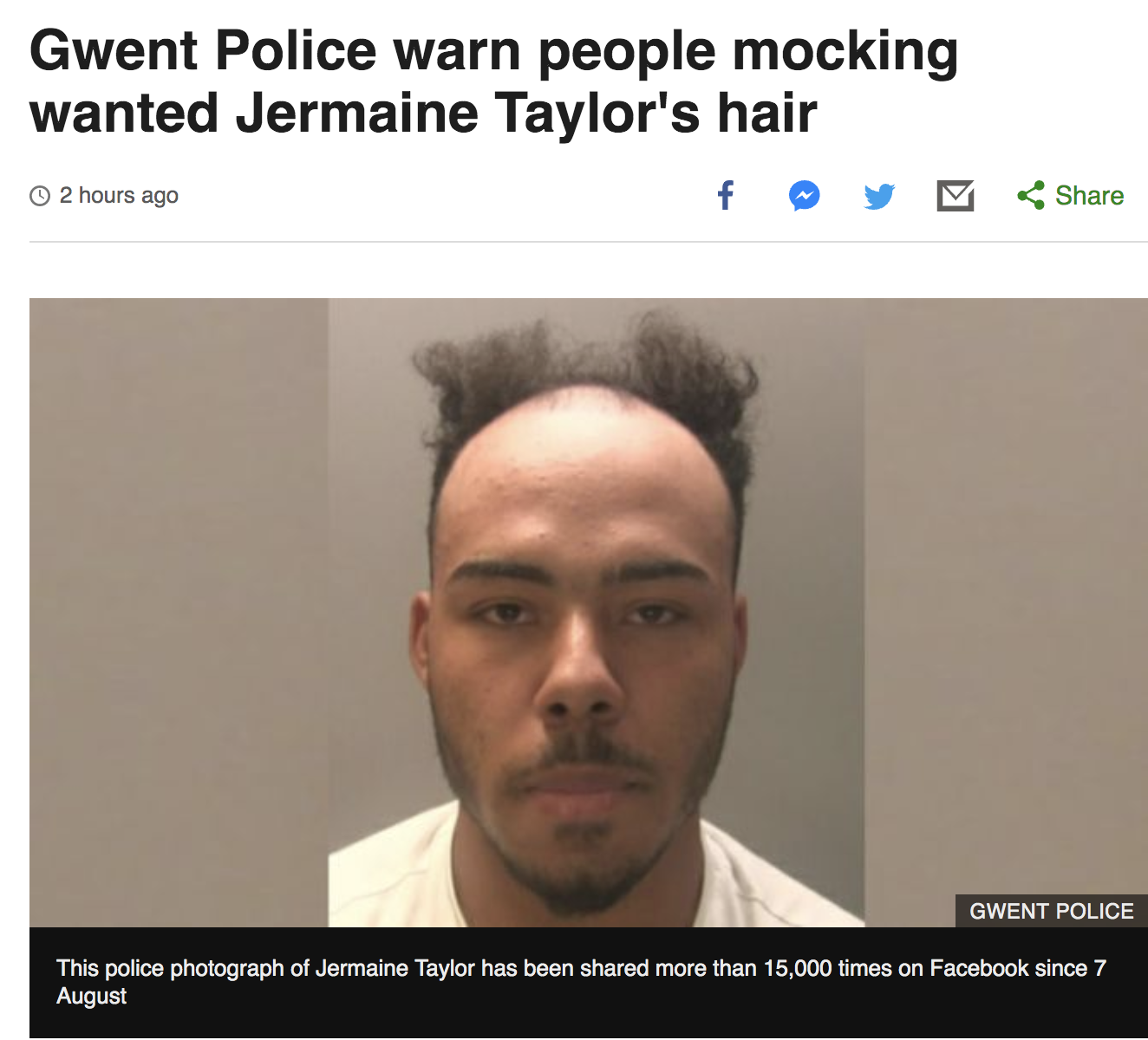 The pictured suspect, 21, is wanted for “breaching his license conditions” (I guess that means violating the conditions for his parole) after serving time for dealing drugs. Police put the photo on Facebook, and then hilarity ensued:

It prompted hundreds of jokes, puns and memes among the nearly 90,000 comments left on the Gwent Police Facebook post.

People can be prosecuted for posting offensive messages online.

One contributor joked that police should look in Edinburgh, which hosts the fringe festival, while another said officers were “combing the area”.

On Monday, Gwent Police said: “We’re really grateful to everyone who is assisting us in locating Jermaine Taylor, and we must admit a few of these comments have made us laugh.

“However, when the line is crossed from being funny to abusive, we do have to make sure we are responsible and remind people to be careful about what they write on social media.”

I’m not sure what they mean by “abusive”, but I’m worried about any country in which a guy can be convicted for teaching his dog to make the Hitler salute when he said “Gas the Jews”, and posting it on YouTube. Joke or no, that would be free expression in the U.S., and it didn’t incite any violence. This “warning” by the police, humorous as it is, is a sign of how fragile freedom of speech appears to be in the UK.