It’s Monday, July 15, 2019, and back to work for salarypeople. It’s both National Gummy Worms Day, celebrating a disgusting confection, but also National Tapioca Pudding Day. And in Kiribati it’s Elderly Men Day. I wonder how they fête us geezers there?

Things that happened on July 15 include this stuff:

The Rosetta Stone entry in Wikipedia is well worth reading, as the stone, with the same text in hieroglyphics, ancient demotic Egyptian, and ancient Greek, helped us decipher hieroglyphic. It now rests behind glass in the British Museum. It used to be in the open, surrounded by a fence, but too many damn tourists thought they need to touch it and, fearing wear on the stone, it was given more secure protection. Here it is (the inscription, by the way, is about the divine status of Ptolemy V): 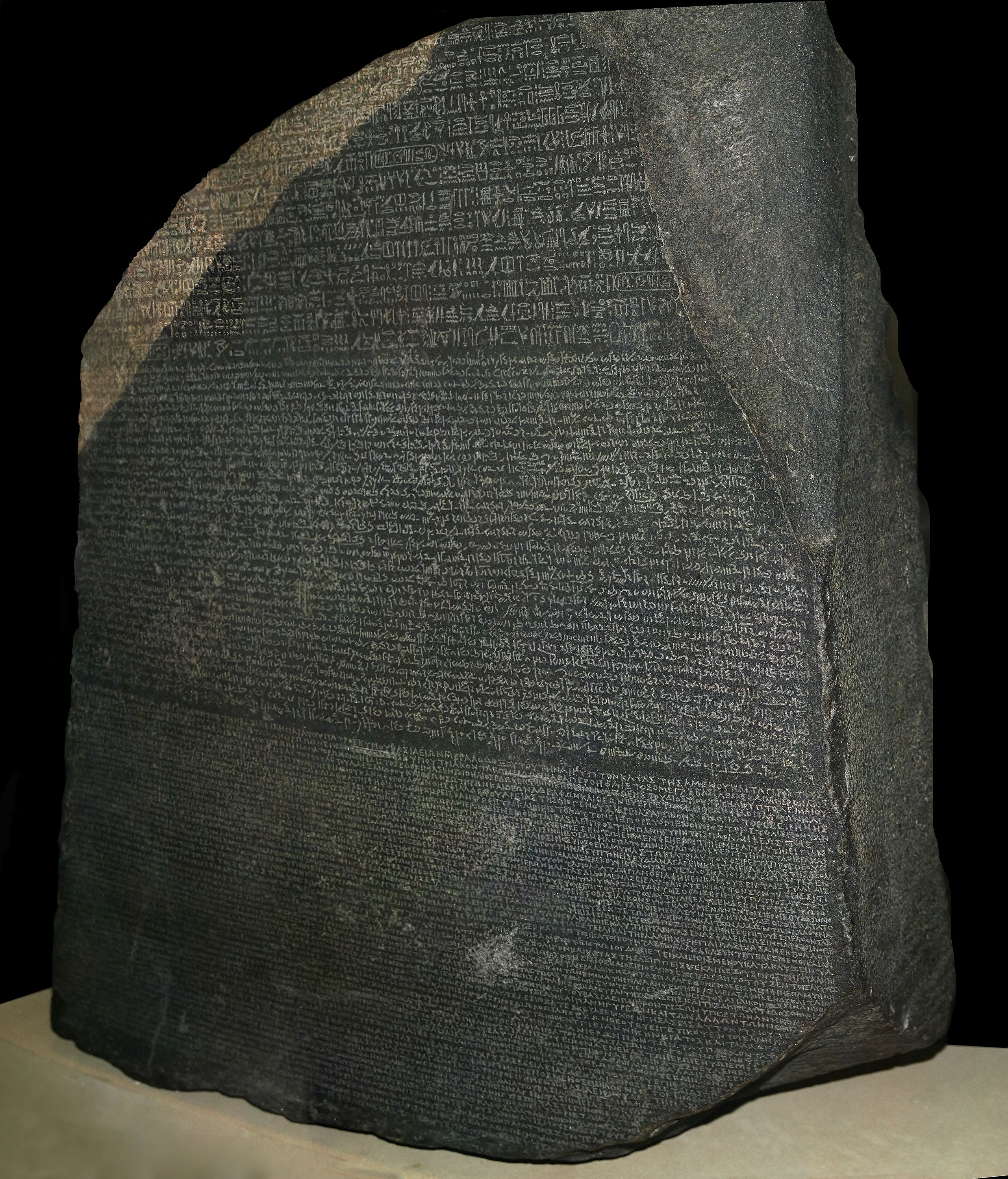 Lindh was released on May 23 of this year, though he’ll still be on probation for three years. And he will be unable to profit from anything he writes about his experience.

It’s also a pretty dark day in the era of social discourse:

I have mixed feelings about Twitter. I like to see animal pictures or announcments of scientific breakthroughs, but too often people engage in always-unproductive battles of words, and many news sources, especially the hated HuffPost, rely on Twitter to give a “feeling for what Americans think”, even though the demographic of the users isn’t representative of America. In fact, those sources just take selected tweets that agree with their ideology and use them as an index of general sentiment: “Twitter says. . .”  That I can’t abide.

Pankhurst is (or should be) a feminist hero, a real activist for women’s suffrage who was imprisoned multiple times and force-fed in jail. Here she is in 1914 being arrested by police outside Buckingham Palace while trying to present a petition to George V (May 1914). Look at the expression on those men’s faces! 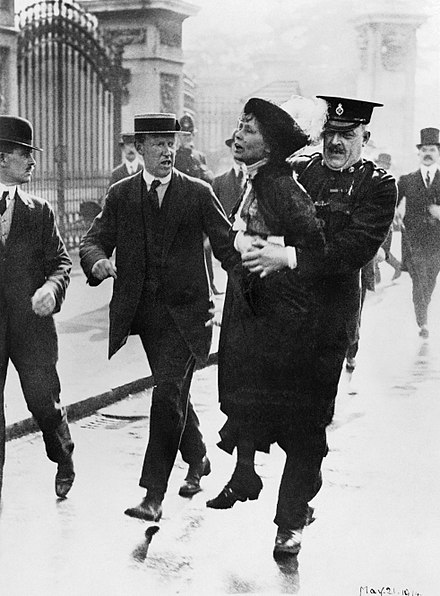 More births on this day:

Here’s Rembrandt’s famous etching Virgin and Child with a Cat (1654), with Joseph peeping through the window. There’s a cat to the left, and a snake slithering out from beneath the Virgin’s dress. 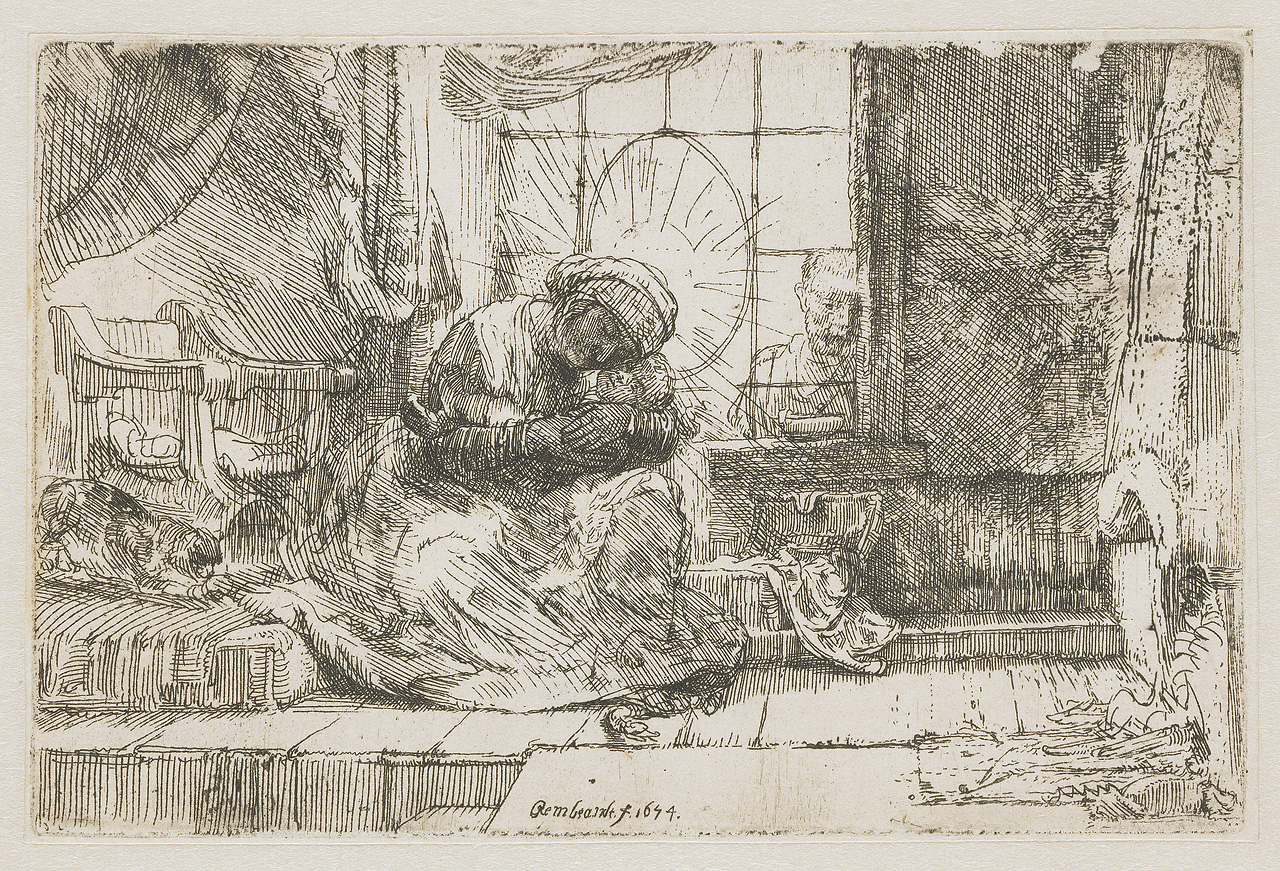 Those who died on July 15 include:

Meanwhile in Dobrzyn, Hili finds diversity within the lawn:

Hili: Impressive biodiversity.
A: I know, when I was younger it was a manicured lawn. 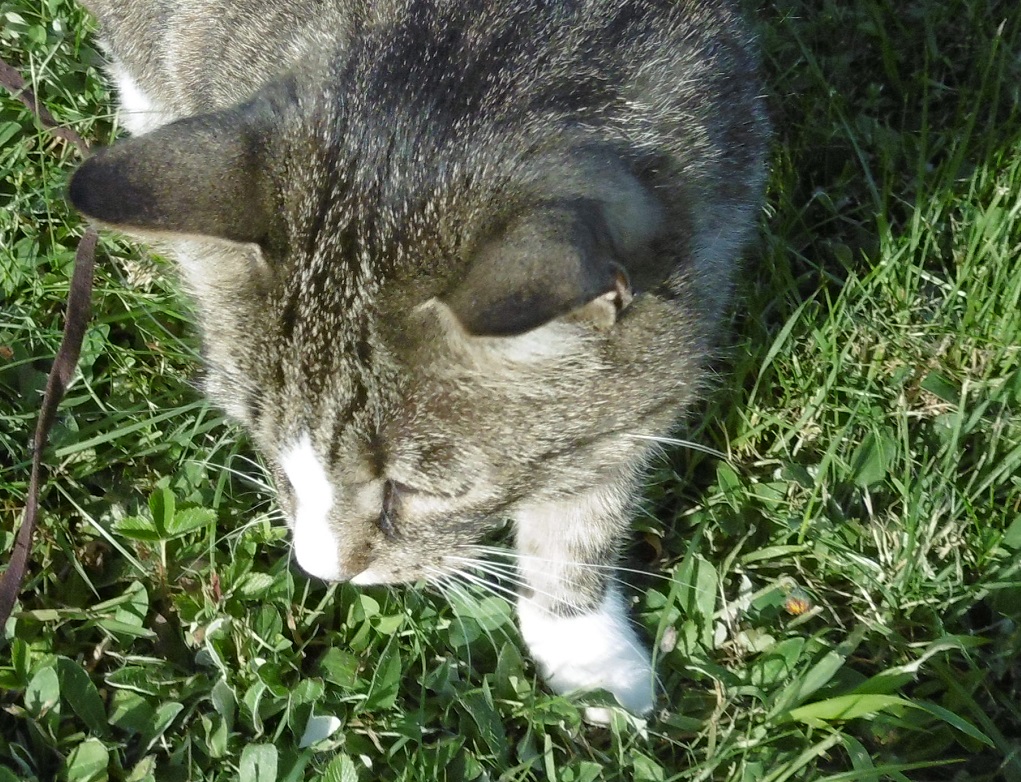 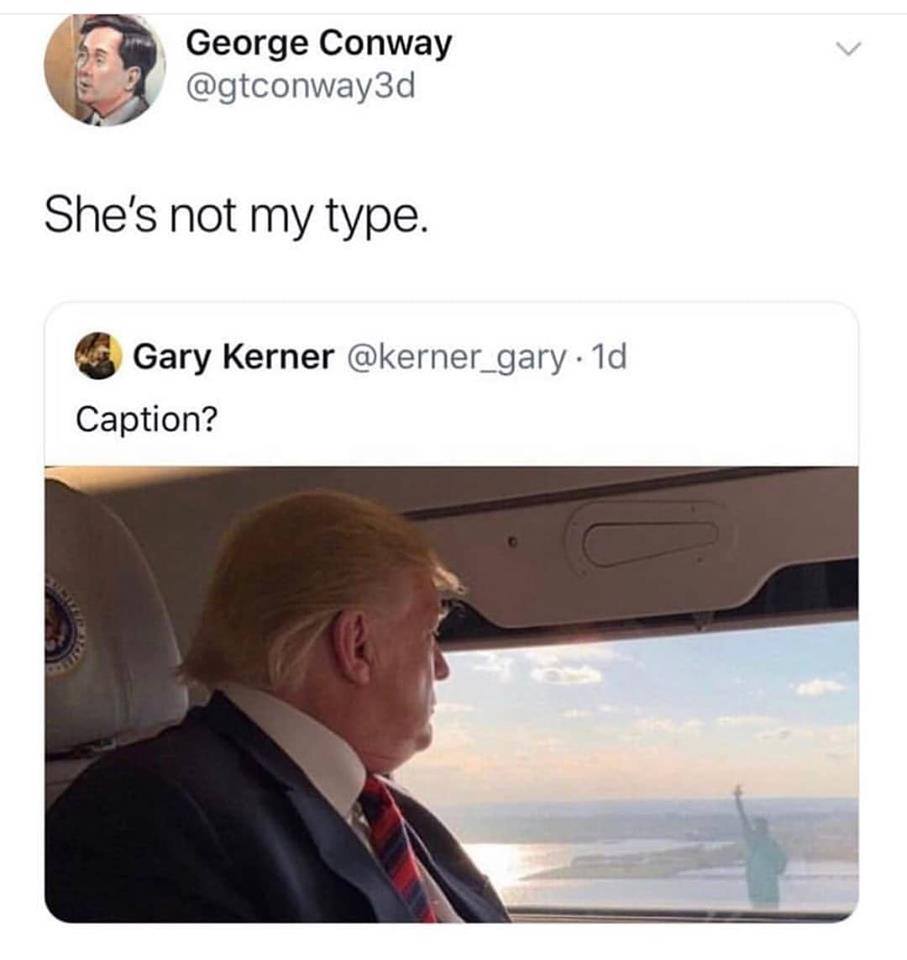 If Antonin Scalia were really an originalist, he’d have interpreted the Constitution thusly: 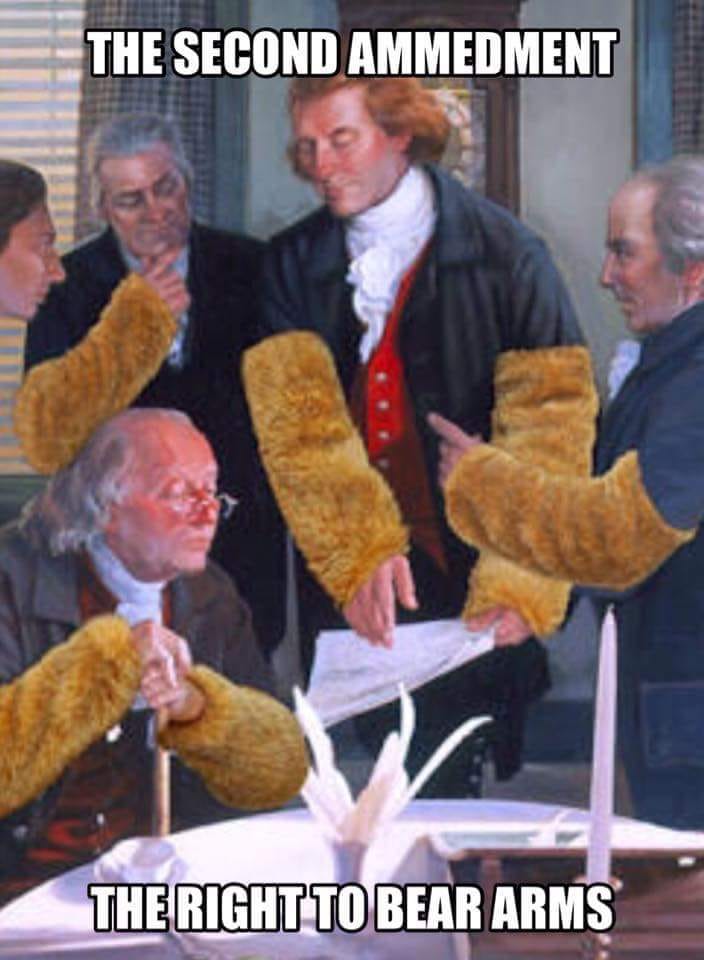 Here’s a tweet Grania sent me on September 20 of last year, and which I never posted. It’s similar to the wonderful tweet I put up the other day showing a red-winged blackbird singing a “frost song”:

When its cold enough to see your own tweets. pic.twitter.com/2xXkvUrquT

Two tweets from Heather Hastie. Do you think the cat is really playing with the kitten here?

Tweets from Matthew. Nightjar in the mug!

So, I'm washing up in our house in the Italian Alps when I find THIS nestling among the dishes. It's a European Night Jar and it's trying to get a good day's kip. Now, how do I safely release it without our cats noticing? Do I wait for nightfall? Any tips? @adriawildlife pic.twitter.com/1S9eLAIf1E

I love this one. Any idea what country it’s from? (“Polisi” might be a clue.)

This police officer stopping traffic to allow a cat to cross the road is exactly what we all need to see today. 🧡 pic.twitter.com/TvhBfM68sY

Ingratiated to the rectum!

It's not often you see an exclamation mark in an abstract but seems justified https://t.co/4G8iwxm4Wx pic.twitter.com/5Erx8ATn4I

A guy with a bad case of the crabs:

CRAB INVASION! The Florida man went outside and saw hundreds of crabs climbing all over his screens and in his yard. 🦀🦀🦀 STORY: https://t.co/0VB1jotmlC pic.twitter.com/3360nxTP65

Yes, this is probably male on one side and female on the other: