All is well at Botany Pond, with all eighteen ducklings thriving. We have a duck report today, including videos and photos, from our Anonymous Duck Farmer, whose words are indented below (mine are flush left):

Everyone seemed happy today at the pond.  Katie and her brood have been foraging in the plants near the stone bench often lately.  After eating they got out of the water on that side and let me take some pictures of their growing feathers.  I had hoped to capture them flapping their wings, but no such luck.  You can see that they are very close in size to Katie and their wing feathers have started to cross at the bottom—not as much as mom’s, but they are growing fast.

I predict that they’ll fly before I return to Chicago! Their wings are getting larger: 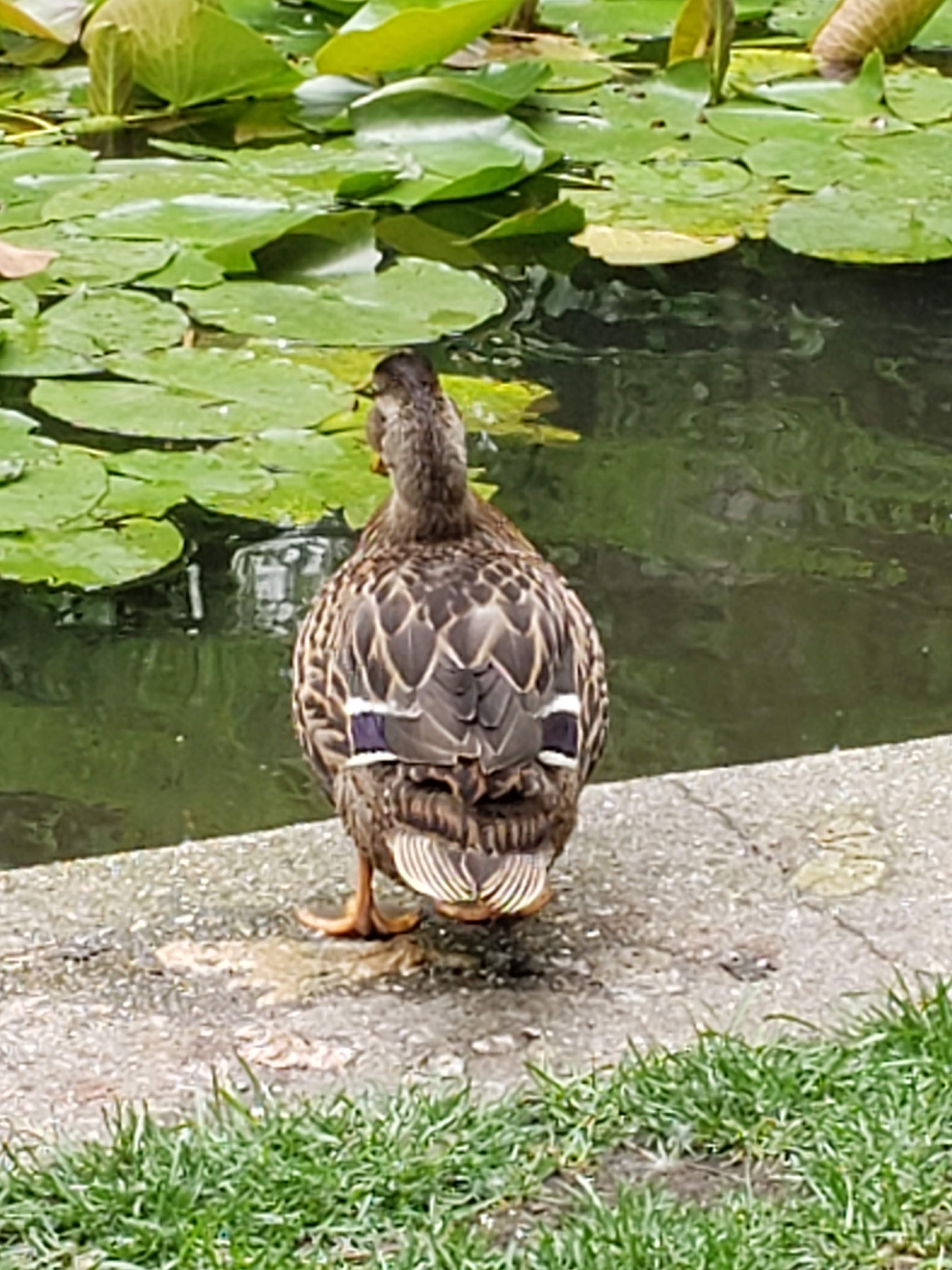 Note the blue speculum on one “baby” below. That doesn’t tell whether it’s male or female. There are only two ways to sex a duck of this age: look at the genitals (which I can’t do and wouldn’t if I could) or listen to their noises. If they make a distinctive quack, it’s a a female (only female mallards make a loud “quack’). Some real duck farmers recommend squeezing the young ones to make them utter a sound, but I won’t do that. But I have heard some genuine quacking from Katie’s young, so there are definitely females among them. (The chances that they would be all male are 1/2 to the 10th power, or about 0.001.) 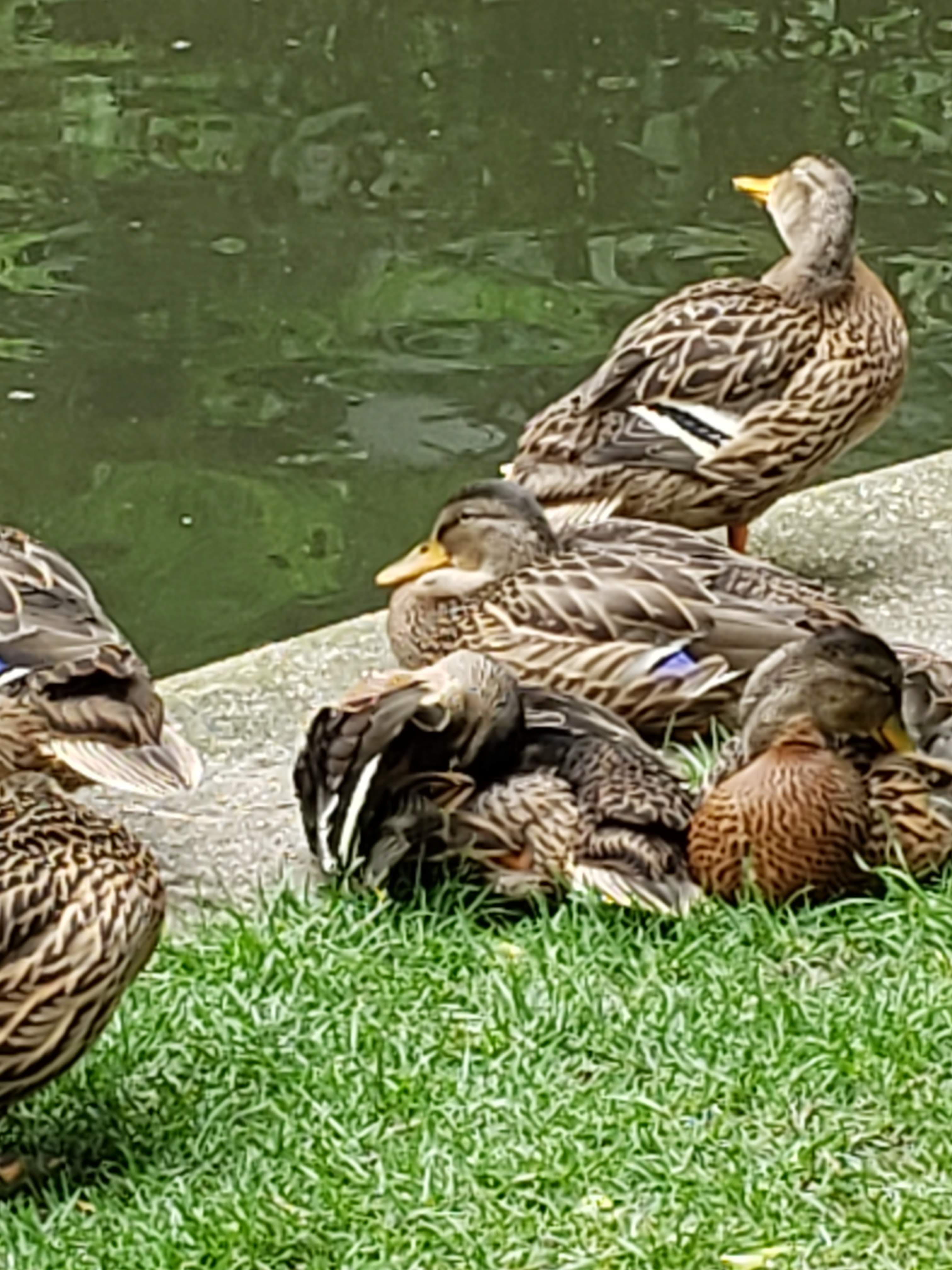 I believe that’s Katie to the left, and two “ducklings” to the right: 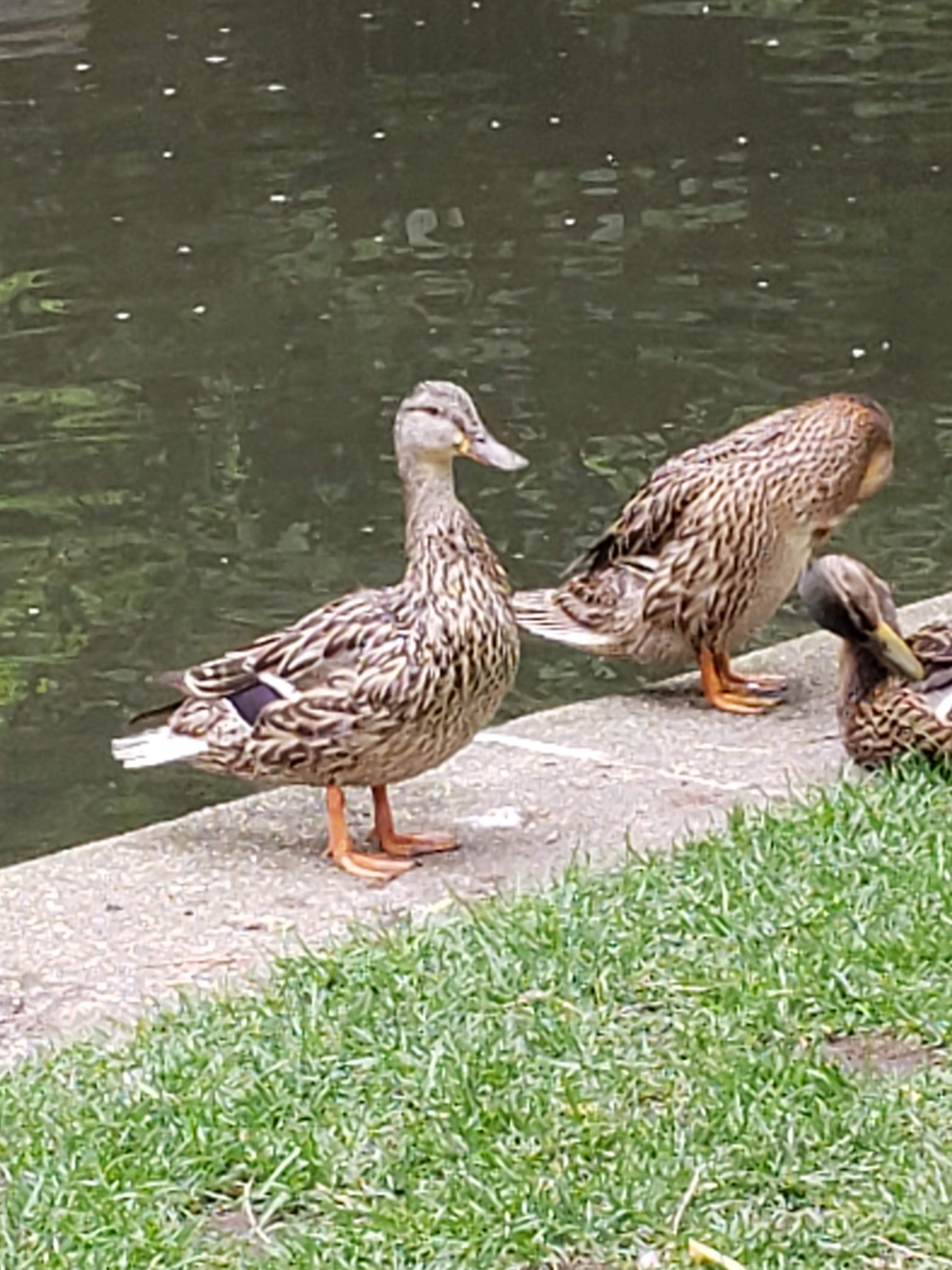 Anna and her brood were happy as well.  They really love the mealworms and then were on the duck ramp quite a bit today.

This is the first video I’ve posted of ducklings successfully using the ramp; it’s usually blocked by turtles:

Two more videos from June 20.  Katie’s brood enjoying the leaves on the tree that hangs over the pond.

I didn’t know ducks eat leaves, and hadn’t seen them doing this before, but, sure enough, they do and you can see it above.