Permit me to show my own photos today—of the Botany Pond mallards, of course.

All ten are still thriving, and getting huge. A woman at the pond told me yesterday that she’s watched the ducklings every year for several decades, and she’s never seen all of them survive so well. (That made me proud!)

The Brood of Ten comes for an early morning breakfast (they get fed between 5:30 and 6:00 a.m., when the campus is quiet: 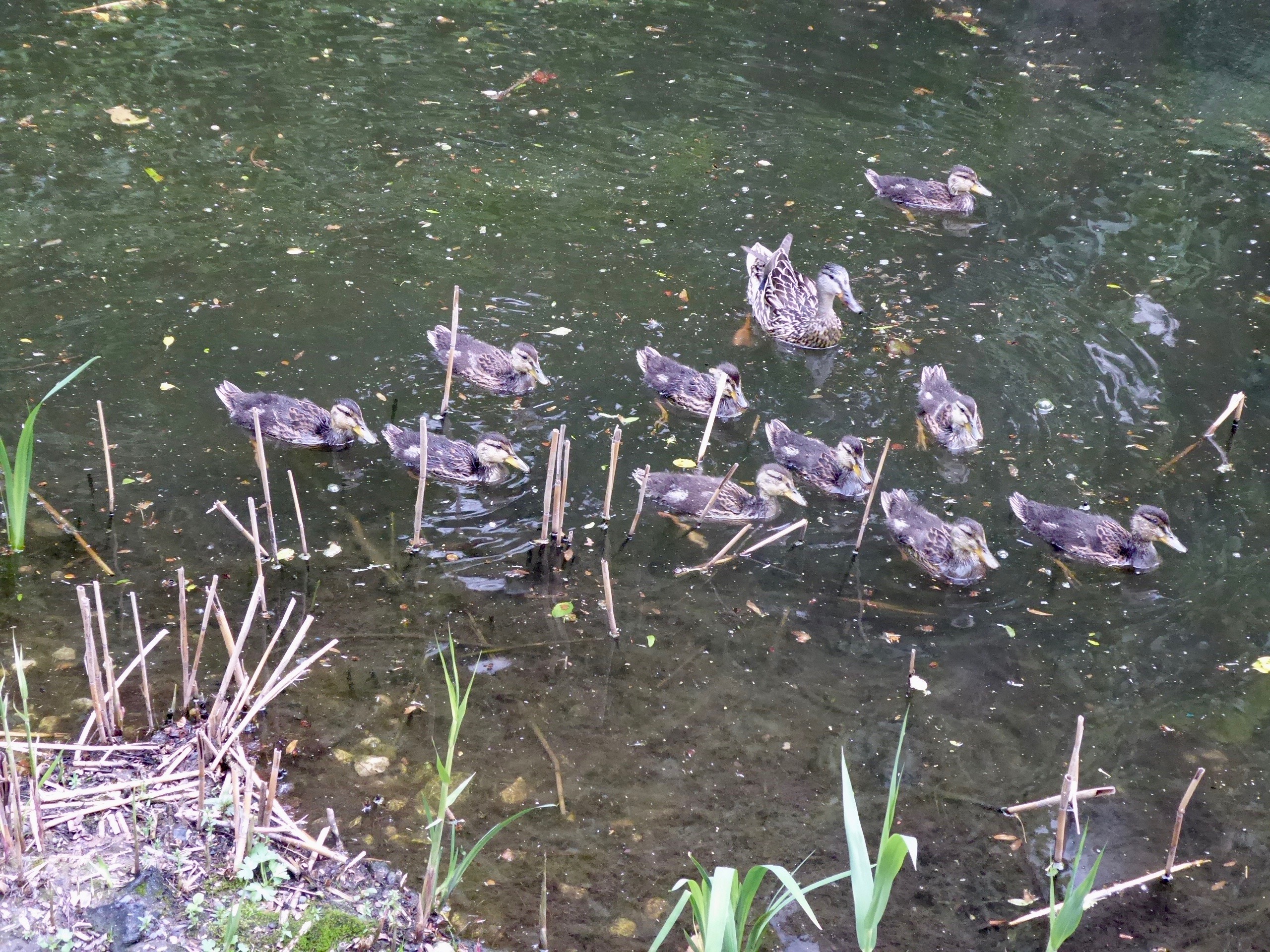 One is out of the picture here, but I assure you that there are ten. They’re starting to look like mom. 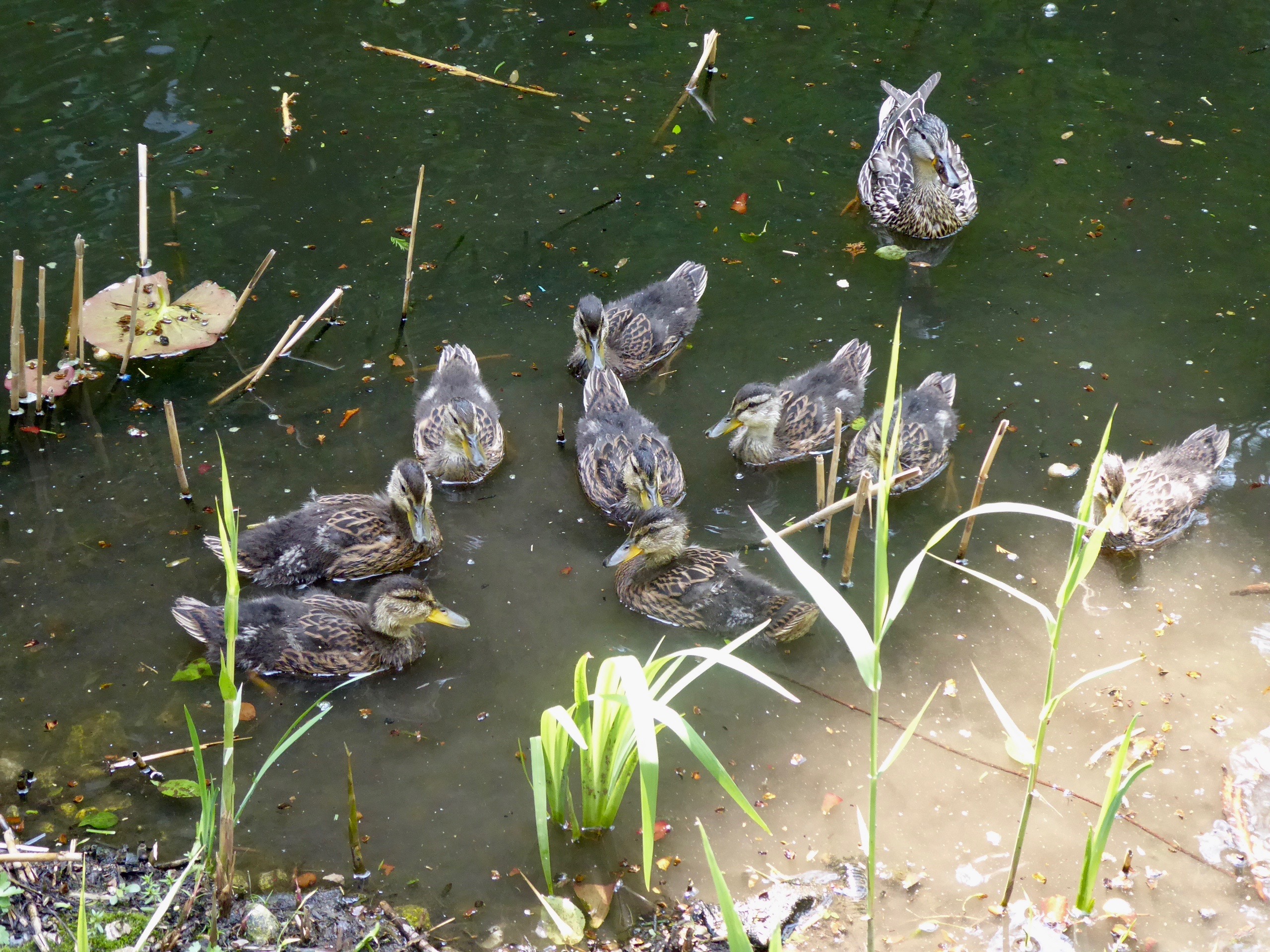 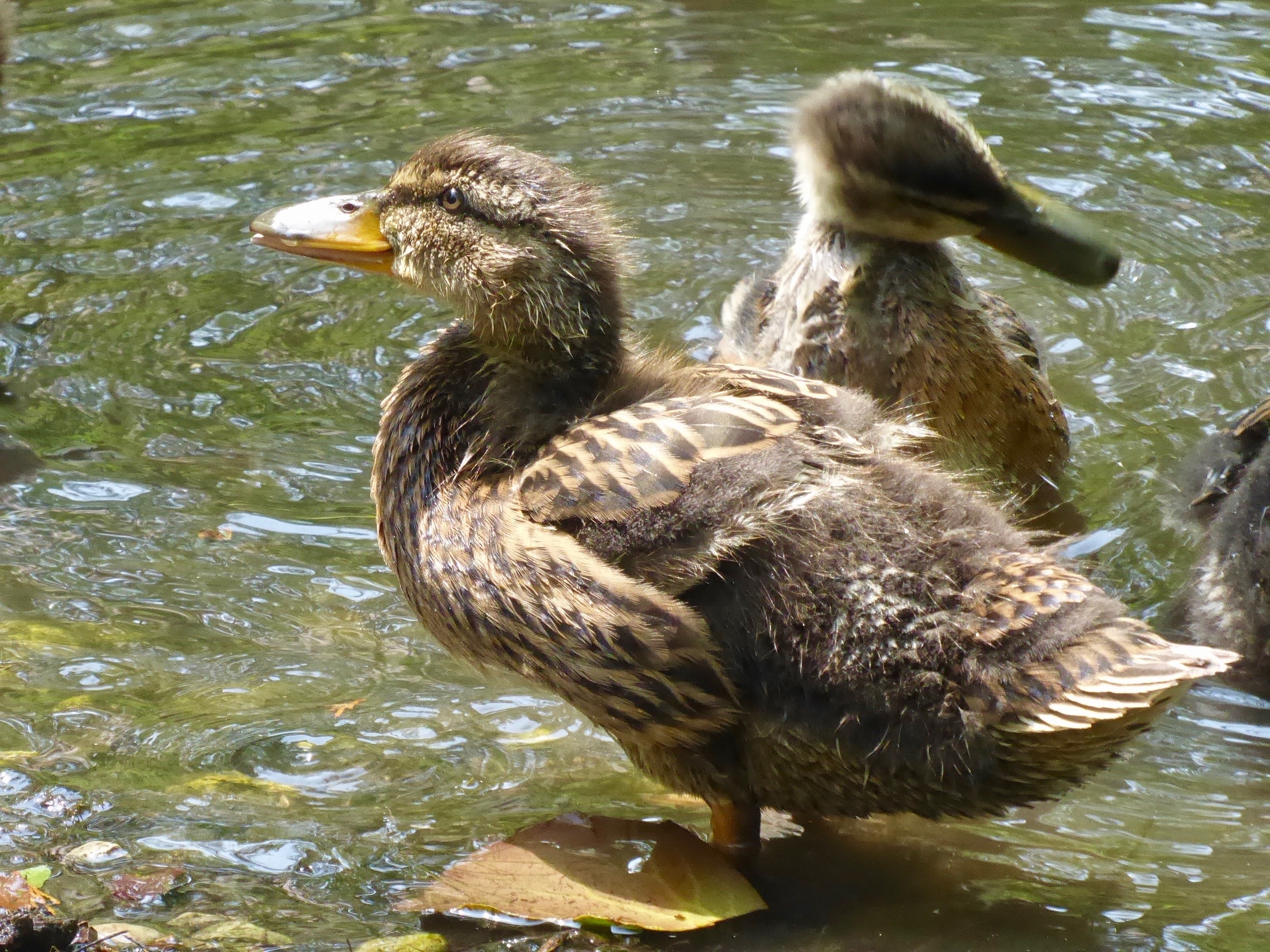 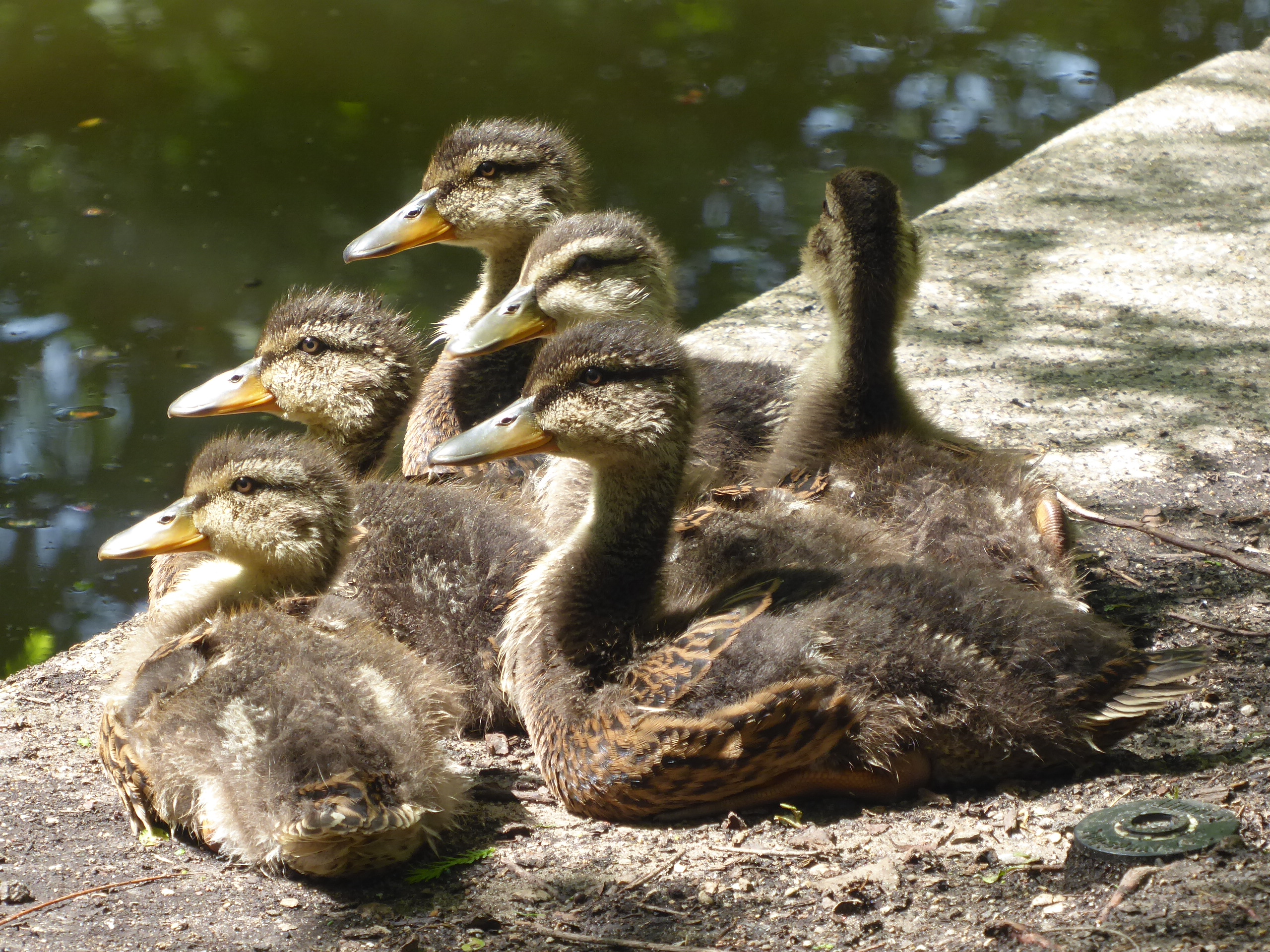 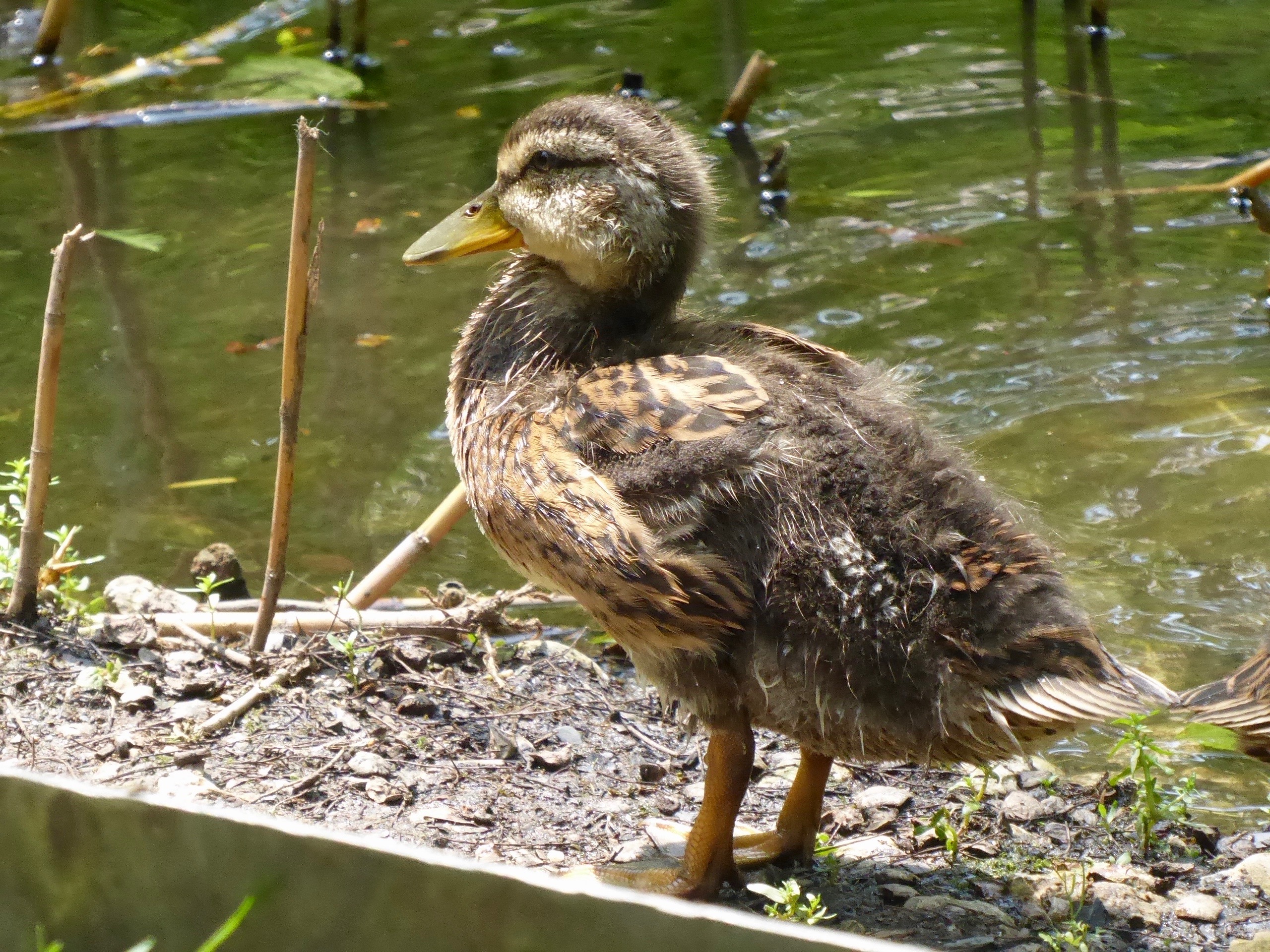 When they’re resting on the “beach” behind the metal barrier around the north side of the pond, you can tell they’re there because Katie’s head protrudes above the fence. She’s very watchful: 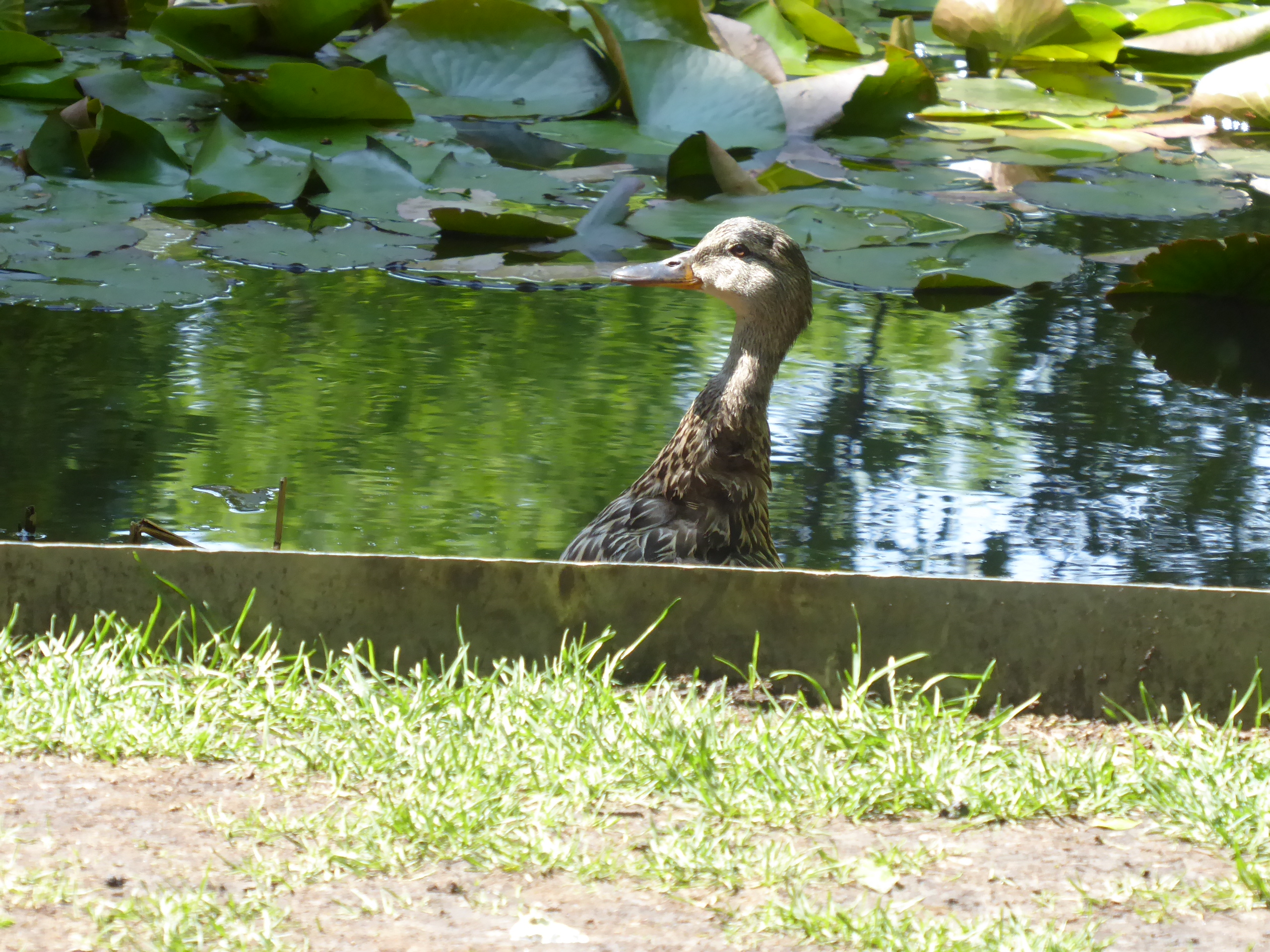 Here are the ducklings foraging among the lily pads. They’re also dabbling and eating algae off the rocks in the shallows. I have a good picture of that to show on another day. 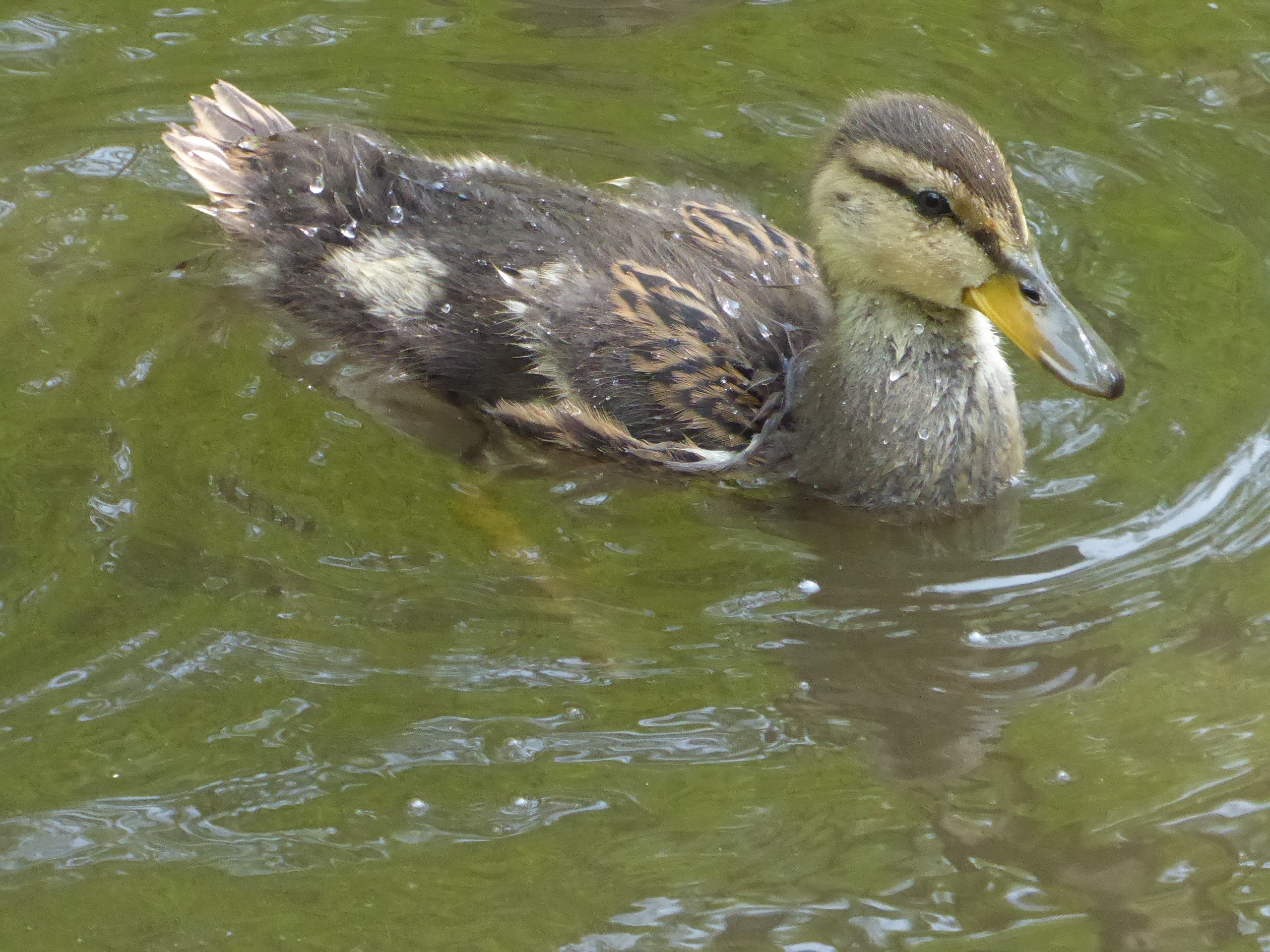 More of the same, of course: that’s what we proud grandparents do. 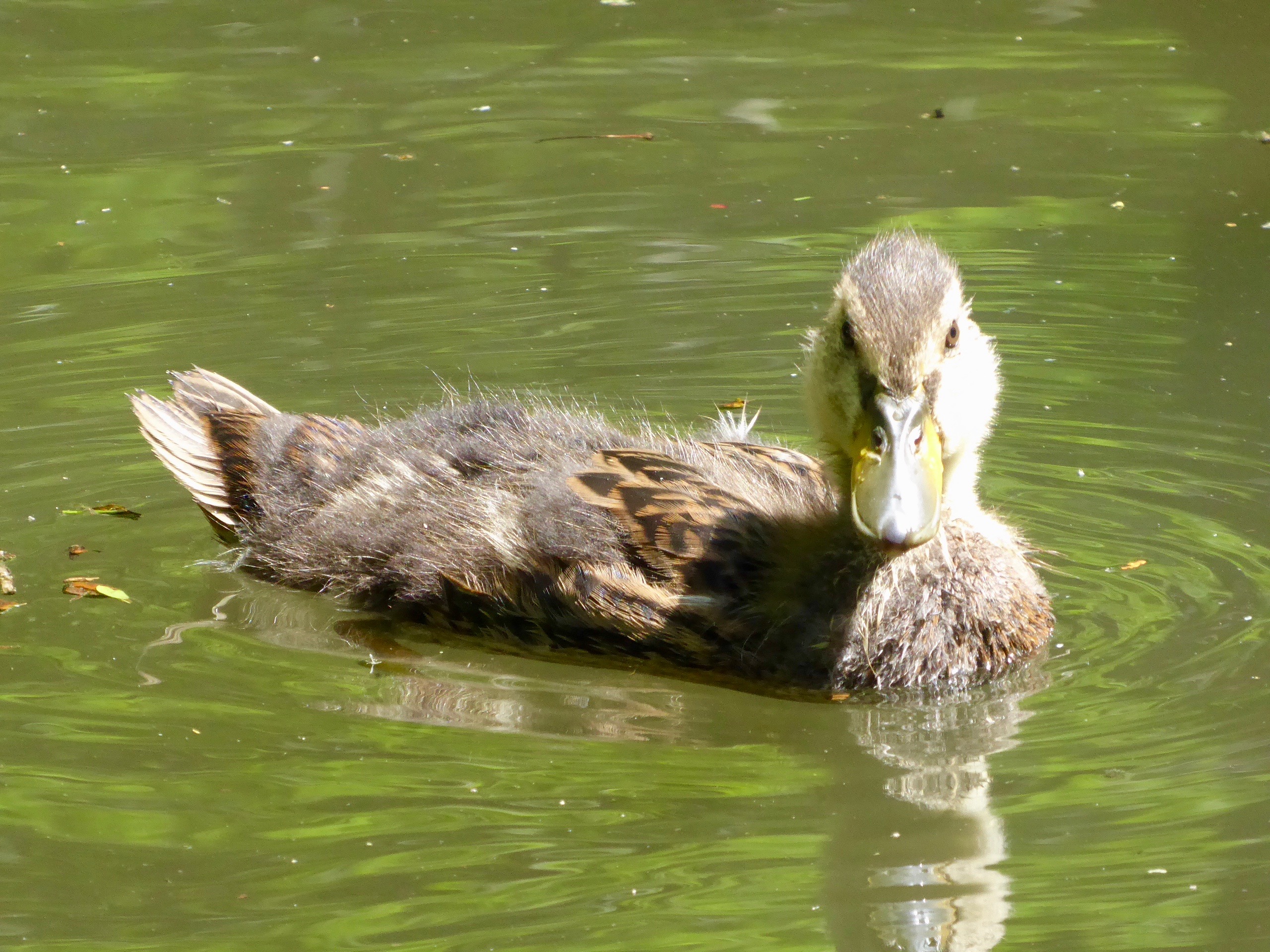 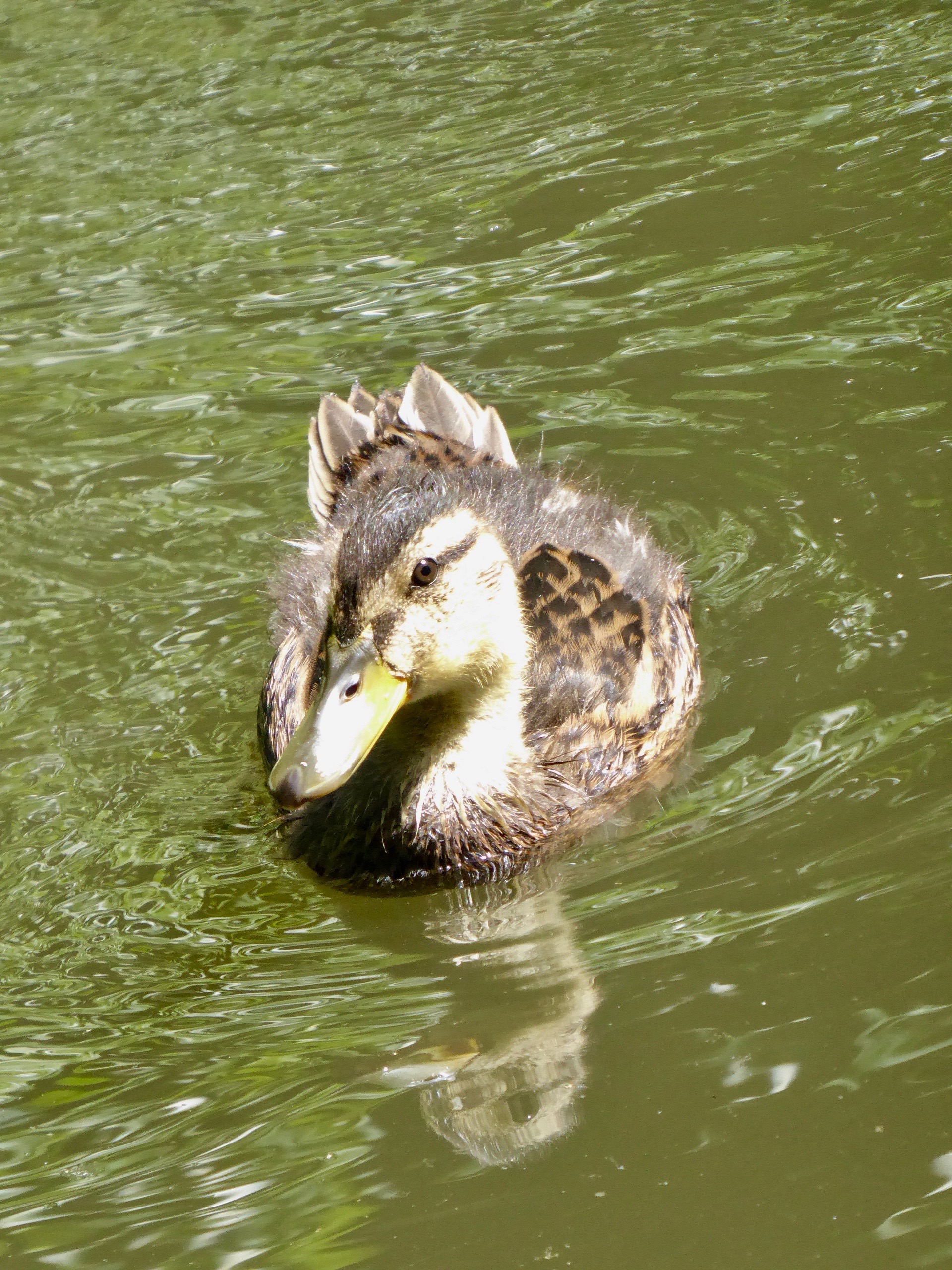 This guy (or girl) has a punkish haircut: 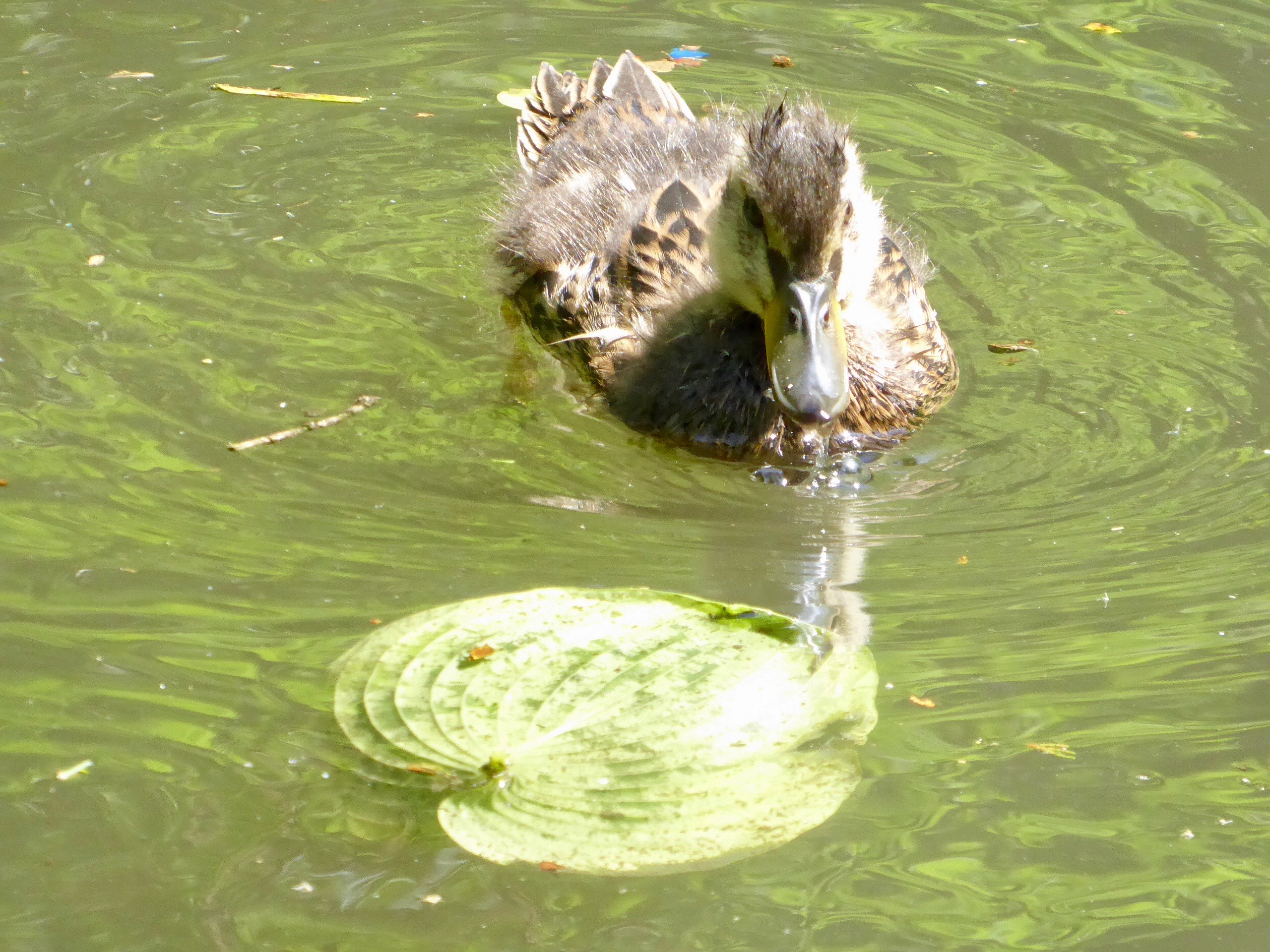 Postprandial bathing and grooming at the North Duck Ring. (Note the turtles sunning themselves): 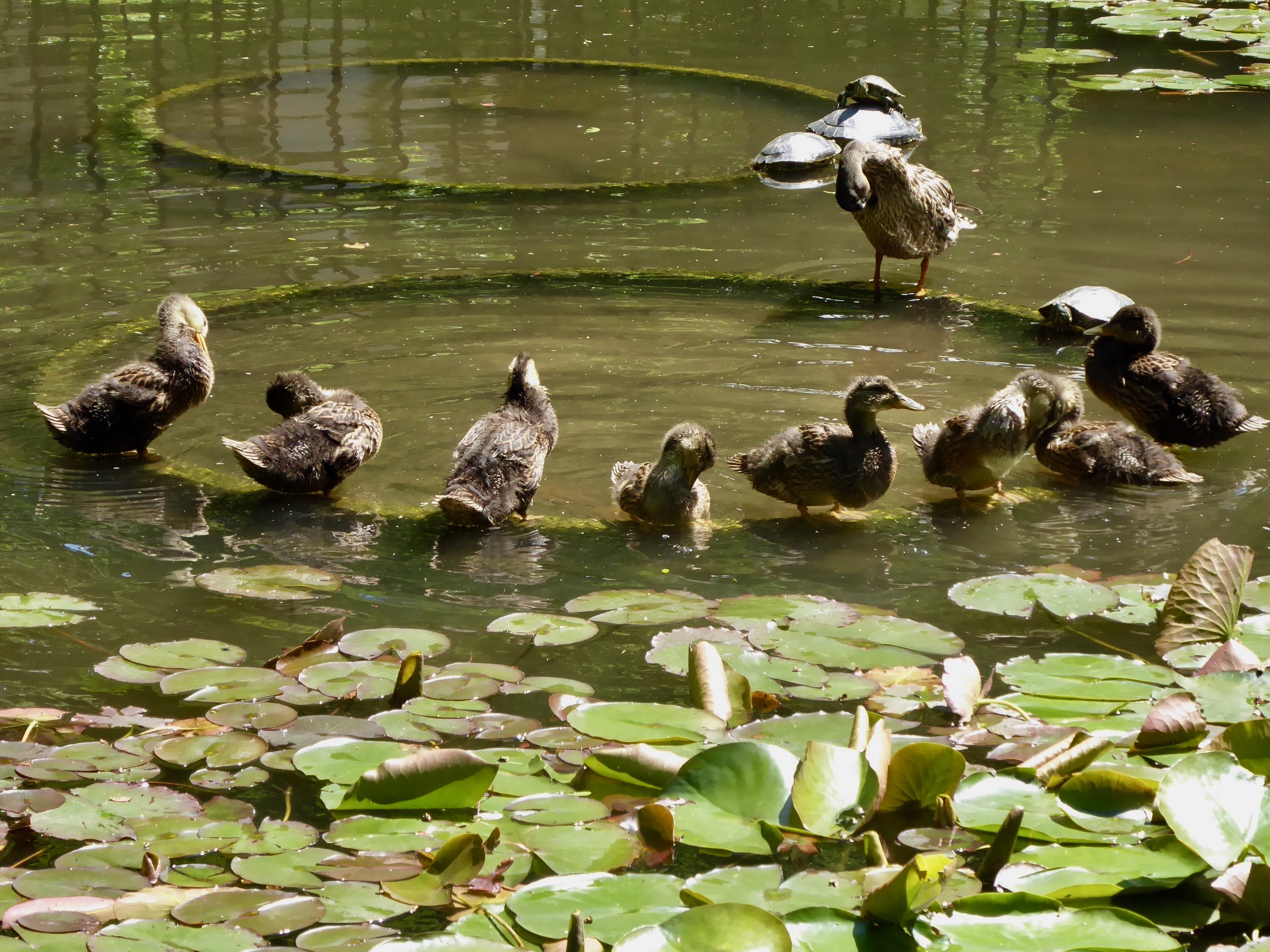 Here’s a video of ducklings dabbling for corn and washing themselves. (The rhythmic noises in the background are the graduate students striking for a union; they are marching by our building and banging drums.) Note the wing display 20 seconds in.

A photo from two days ago. The bank of lily pads, a source of food and fun, is getting larger: 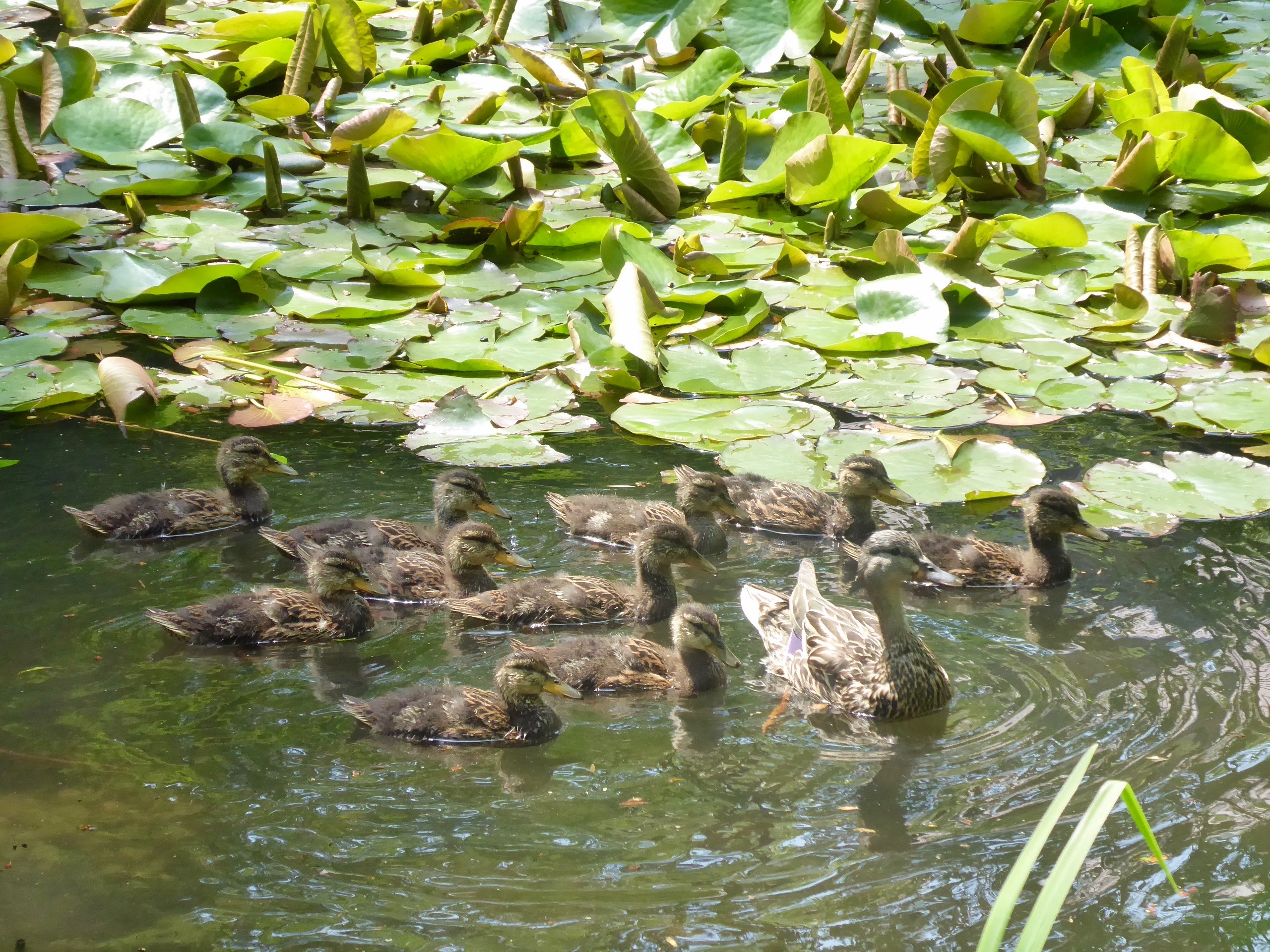 Preening and resting on the South Duck Island: 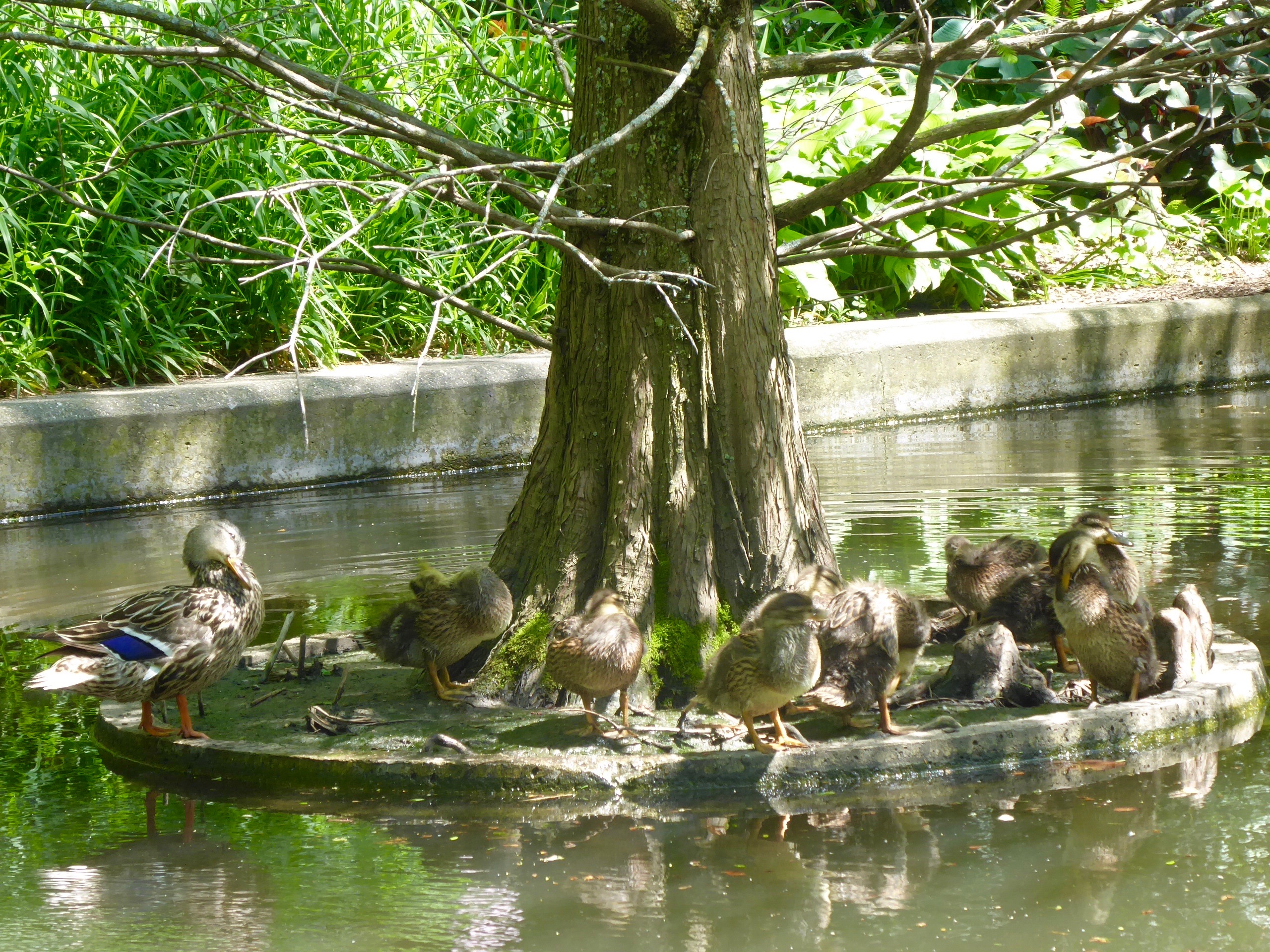 Sometimes it’s hard to tell the ducklings from the cypress roots: 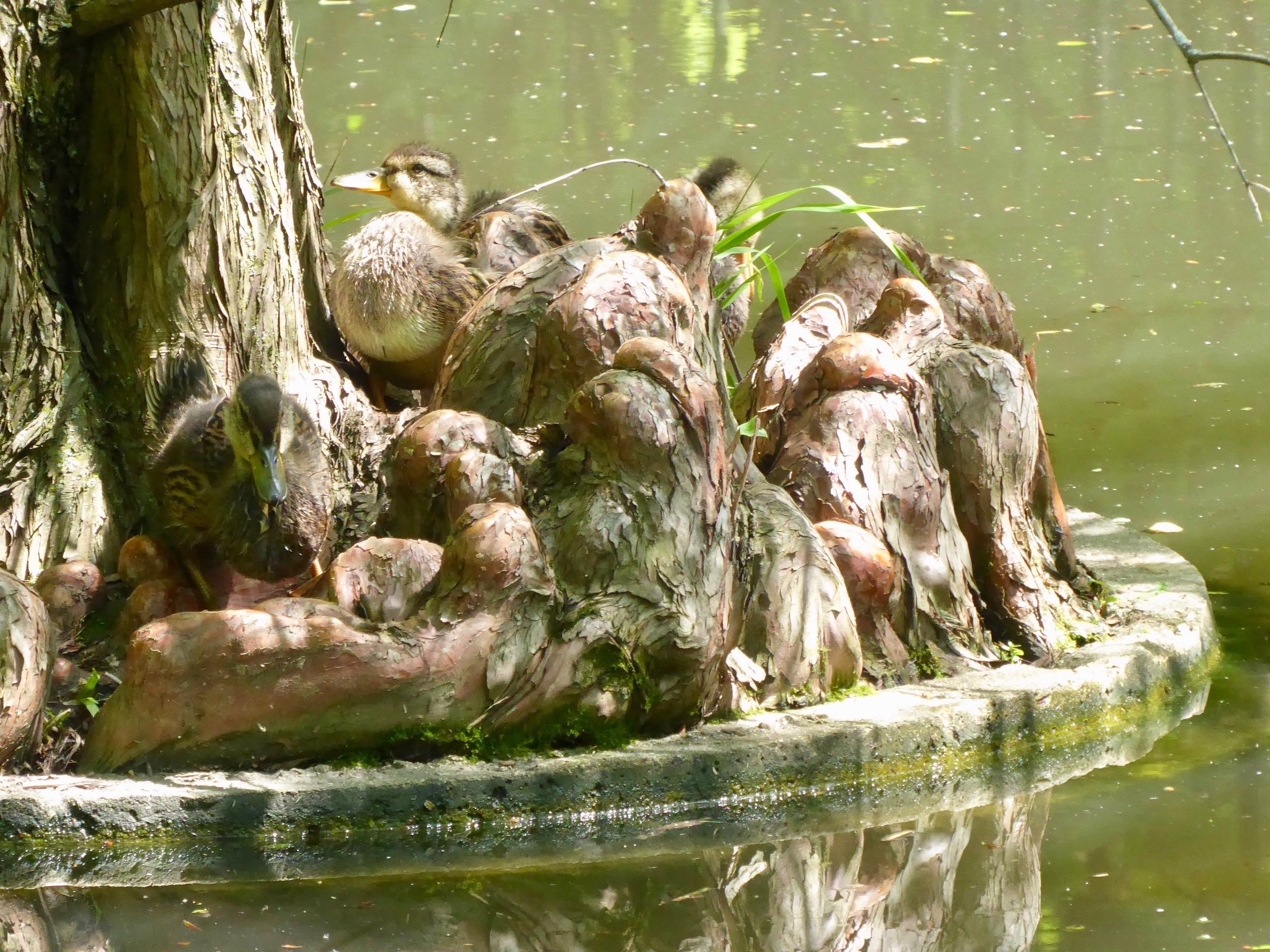 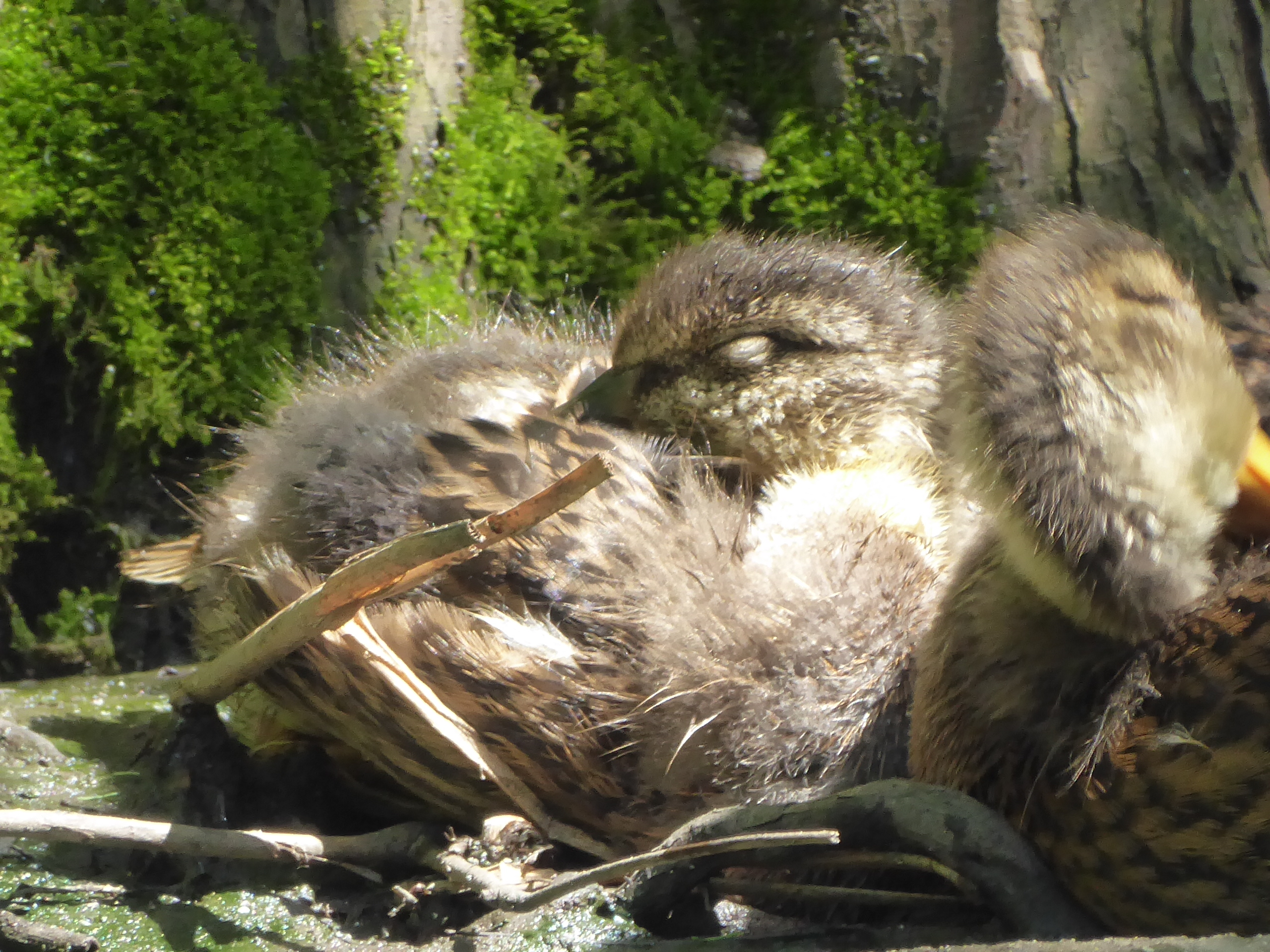 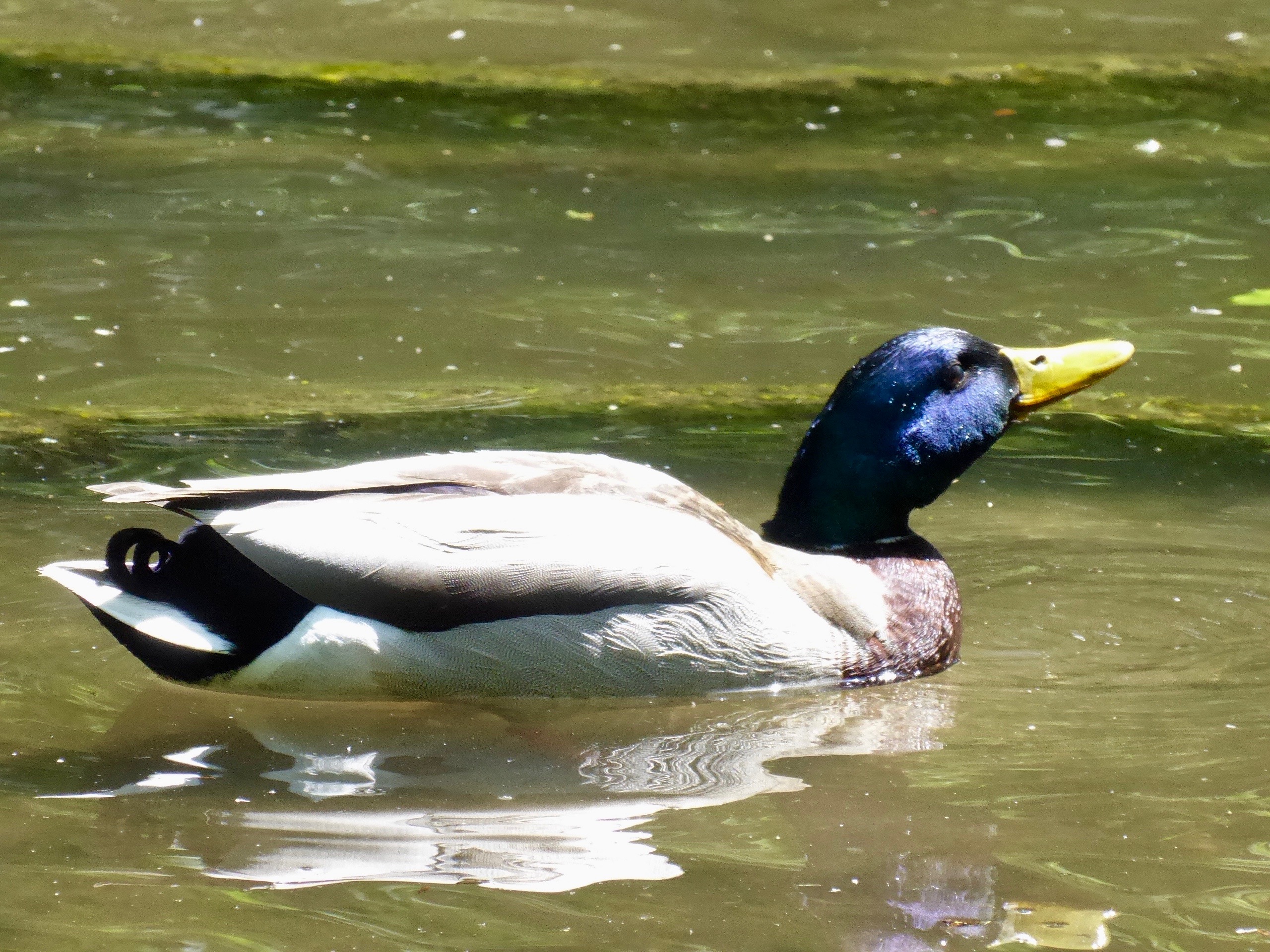