I got a call from the grounds people this morning that a bunch of students were trying to put ducklings in a box in front of the Anatomy Building next door. Since I heard this morning that a lone, tiny duckling was spotted in Botany Pond, I suspected that another brood had arrived. Sure enough, I found a bunch of well-meaning but baffled students trying to collect ducklings, with the mother quacking loudly nearby.

I told the students to stop trying to collect the babies and just herd the mother to the pond—the ducklings would follow. We did that and it was successful: the mother (who is not Honey) and EIGHT ducklings made it, though the babies were at first reluctant to join Mom in the water.

Now there are two broods, and Katie has, of course, started attacking the other hen. Nevertheless, I fed the new brood as best I could, and now there are two hens and 18 chicks in Botany Pond. This will not end well: I suspect that the new brood will be forced out of the pond and then perish trying to walk to another pond. I’ve alerted the University to see if the new brood can be removed, but I’m not hopeful.

So, here are eight newly hatched ducklings and a mother.  This will be hard to handle. 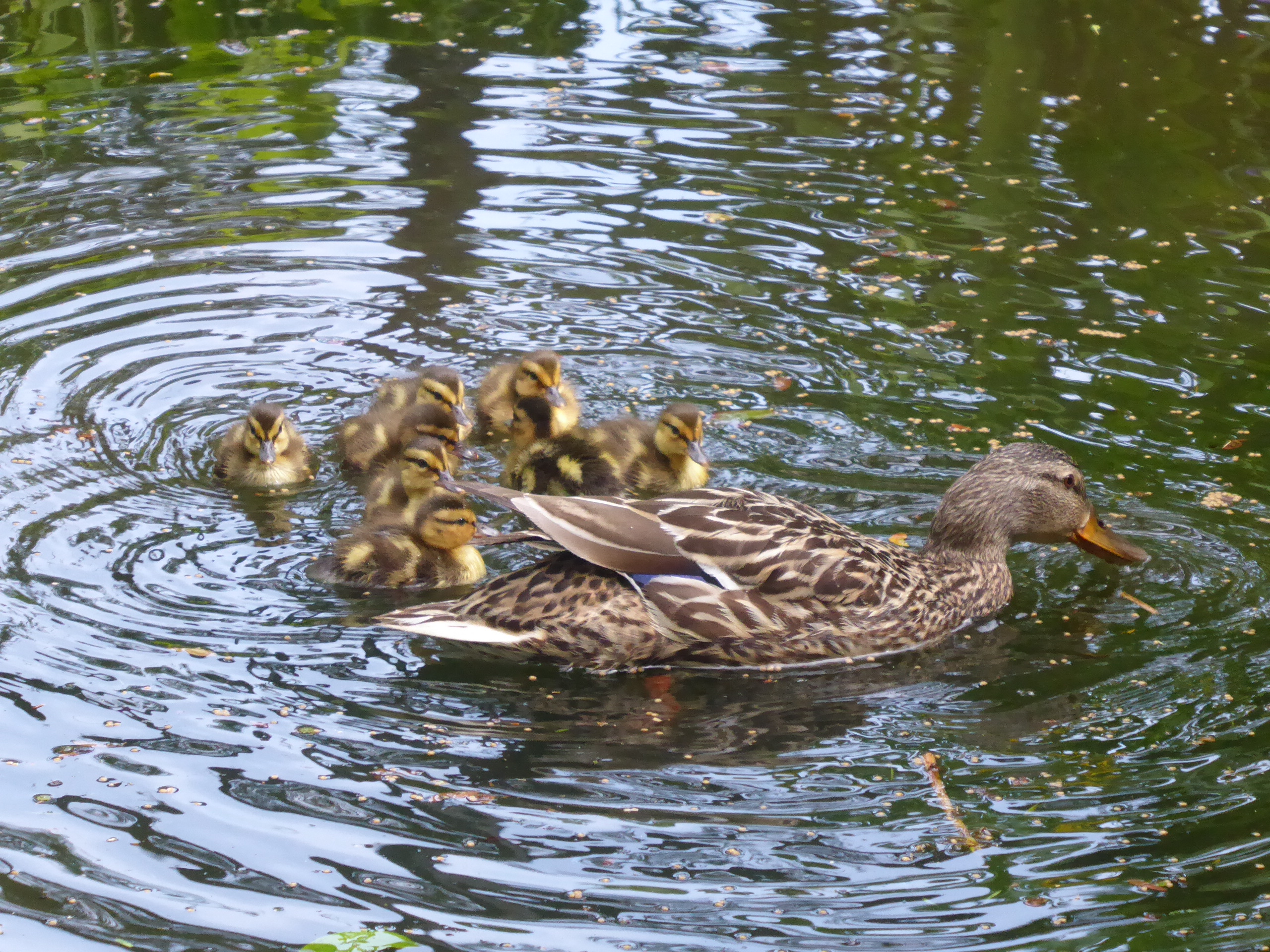 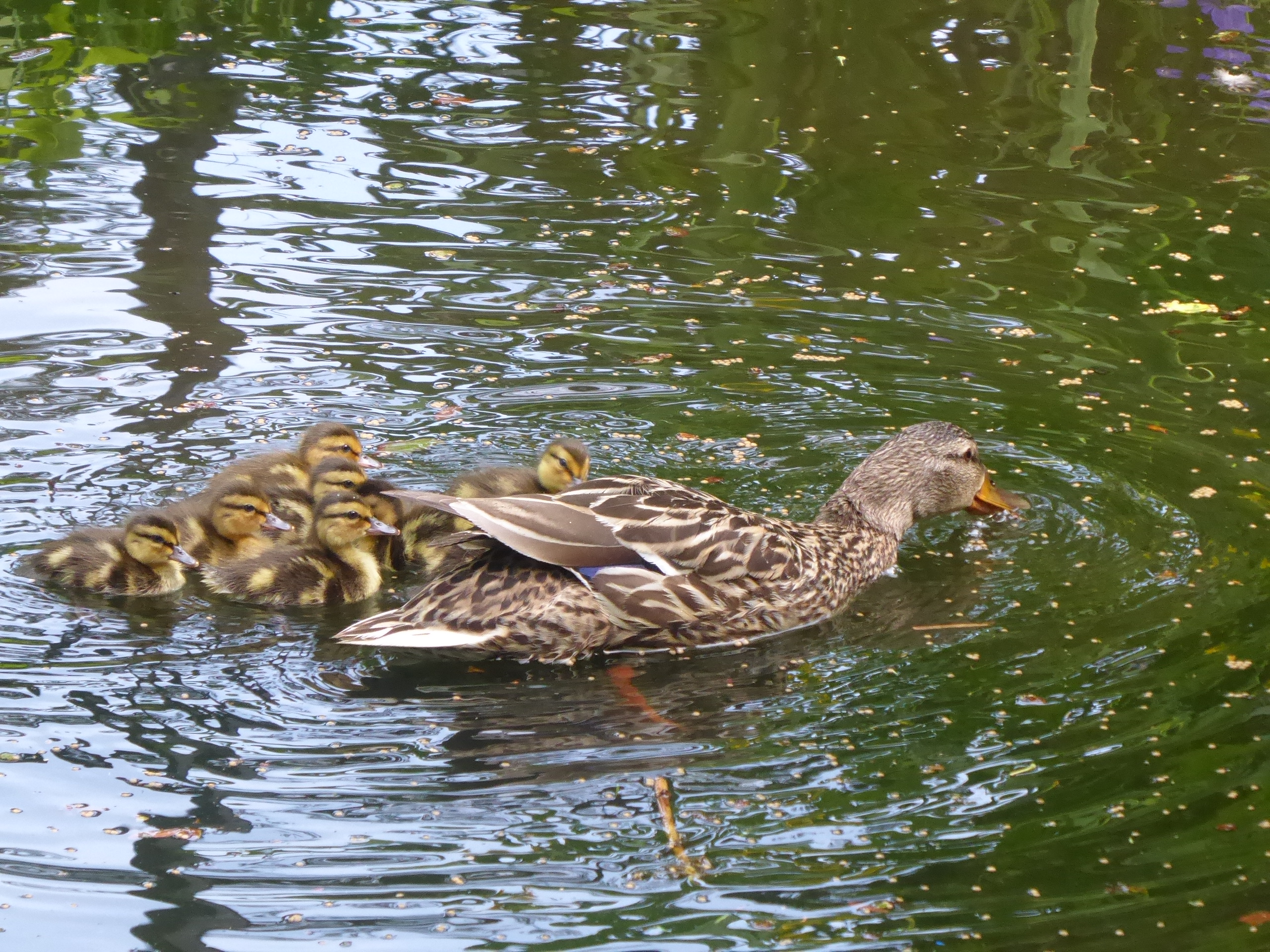 I was told by another duck-watcher that he’s spotted Honey hanging around puddles on the Midway, but without babies. That, too, is sad.

26 thoughts on “Now there are eighteen”