If you’re in Chicago, mark your calendars for June 11. For on that evening I’ll be having a conversation in town with Andrew Seidel (sponsored by the Freedom from Religion Foundation [FFRF] and the End of the Line Humanists) about Andrew’s new book, The Founding Myth: Why Christian Nationalism is Un-American. To be released in four days, the book deals with the secular origins of America—neither the founders nor the founding “principles” were religious—and shows how those who promulgate that myth (mostly the Christian Nationalists) are dead wrong and ignorant of history. It’s a must-have book for secularists.

Andrew, with whom I’ve worked on a few cases as an evolution expert or “censorious person,” is a constitutional lawyer and the Director of Strategic Response at the FFRF. And the book is good: I’m nearly done with my first read.

The official announcement is below. The discussion is free, it’s at 7:30, and it’s held at the University of Illinois at Chicago, with the address given in the flyer (click on screenshot to enlarge). Andrew’s book will be available at the venue and he’ll be signing it. If you’re in Chicago, we’ll be delighted to see you there. There will be lots to discuss and lots of myths to dispel. 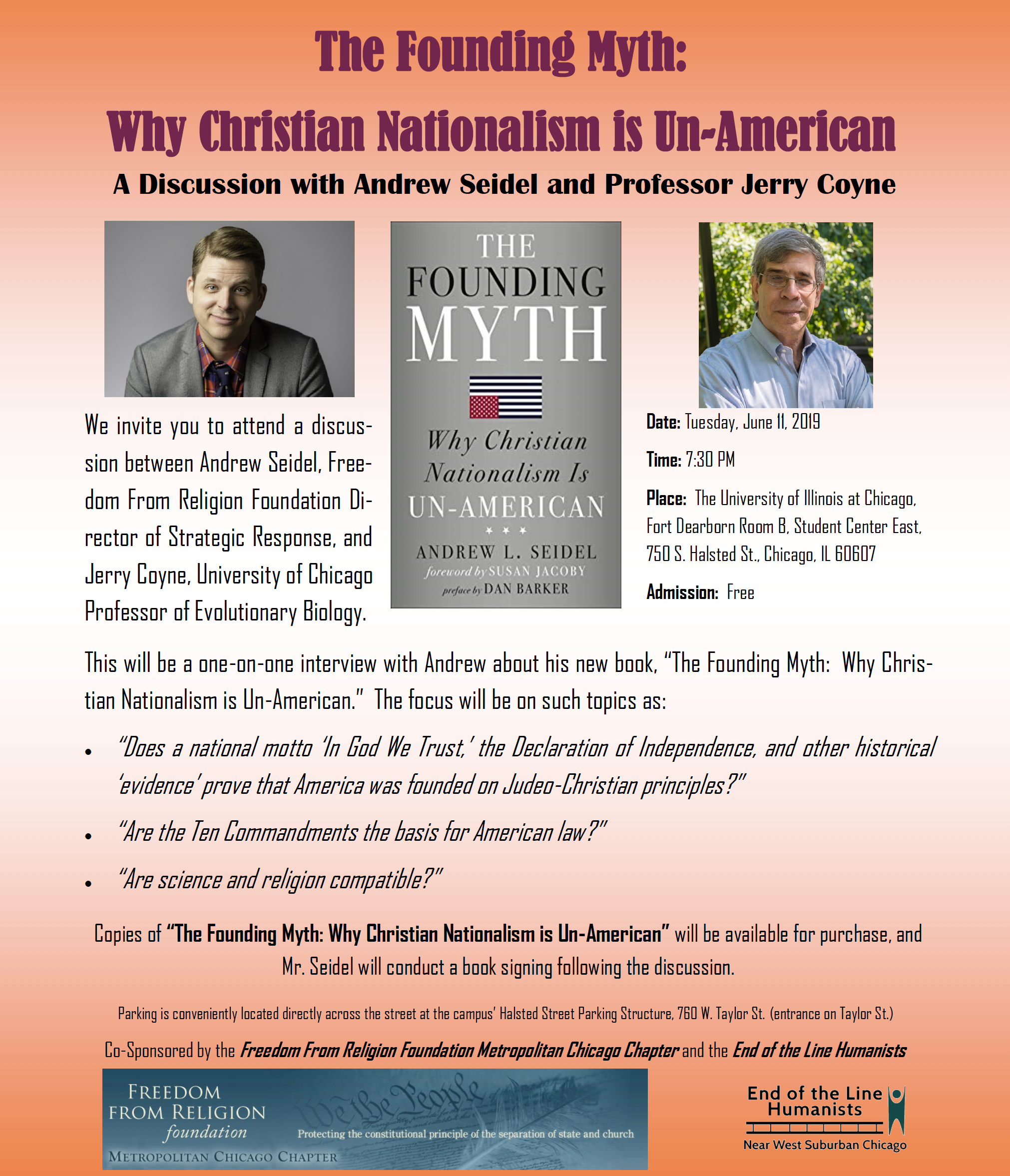