We have a nice batch of insect and spider photos from reader Mark Sturtevant, whose notes are indented. And be sure to send in your good wildlife photos.

There are numerous species of damselflies that are known as ‘bluets’, so-named because for most species the males and sometimes females are blue in color. The first picture is of a male familiar bluet (Enallagma civile), and the second picture is a mating pair of skimming bluets (Enallagma geminatum). 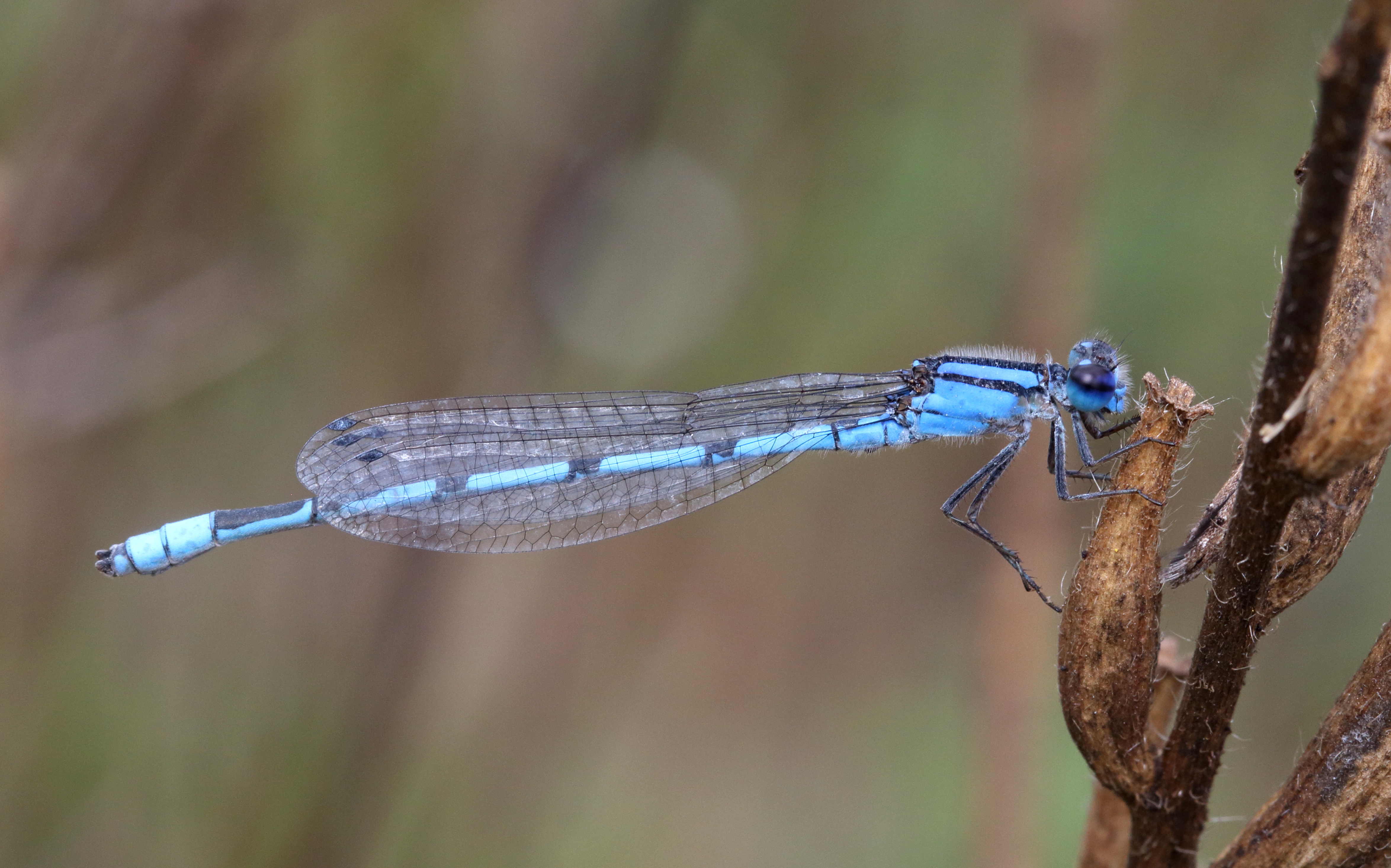 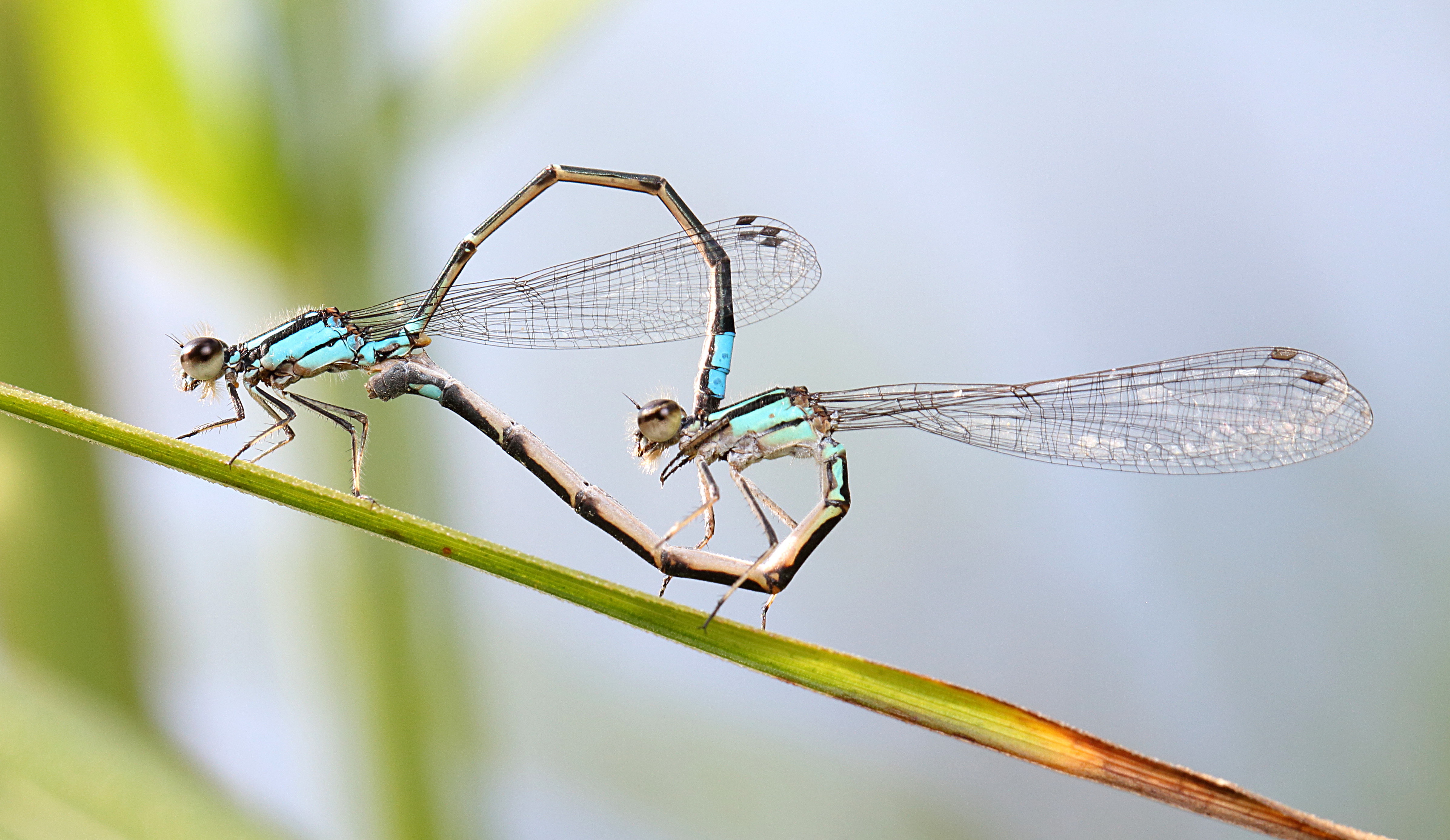 Continuing with damselflies, the next three pictures are of one of our spreadwing damselflies, which are damselflies that sit with their wings slightly open. The ones shown are slender spreadwings (Lestes rectangularis). The first is a female, and the others are males. The shy male damselfly shown in the third picture is one of my favorite pictures from last summer. 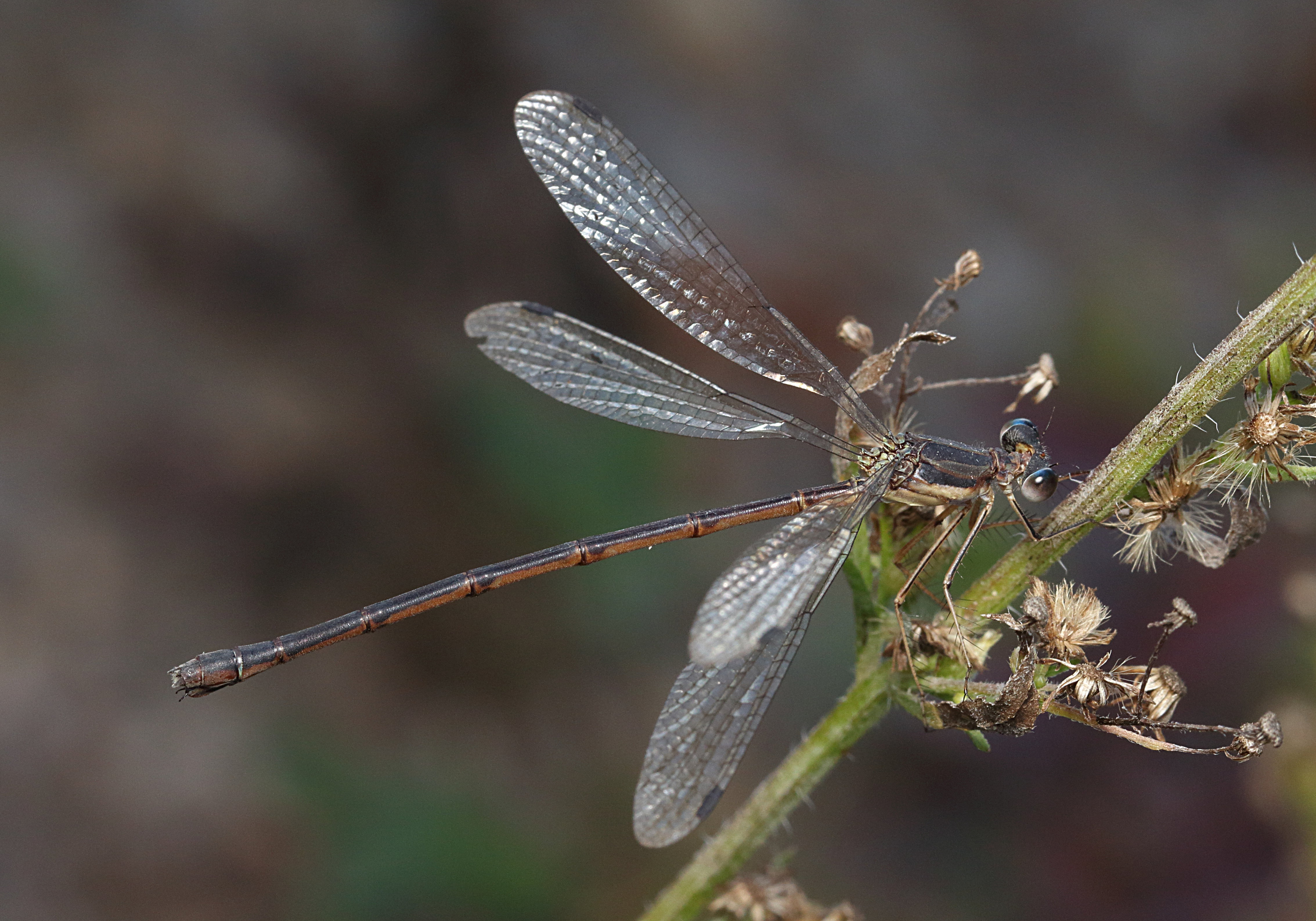 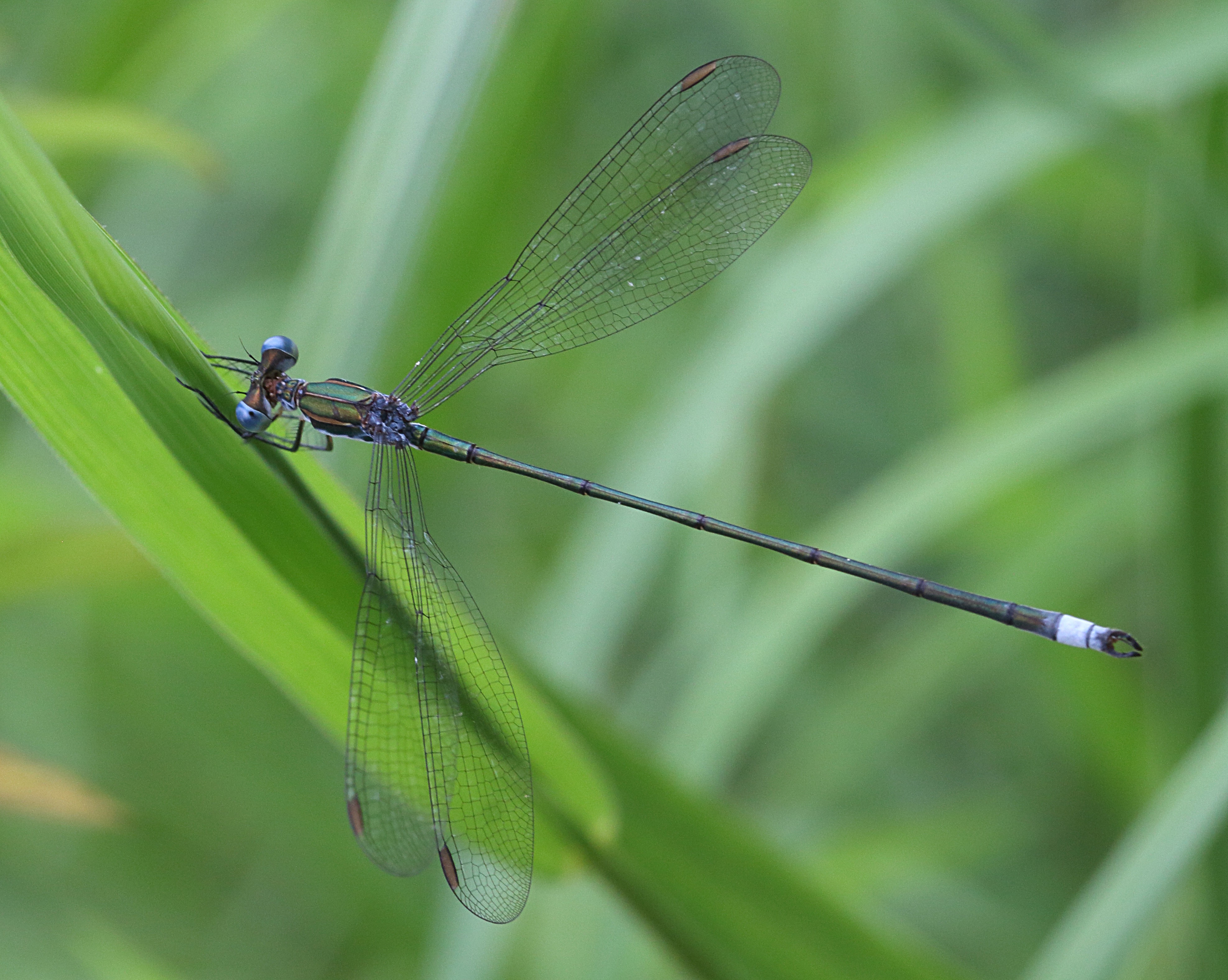 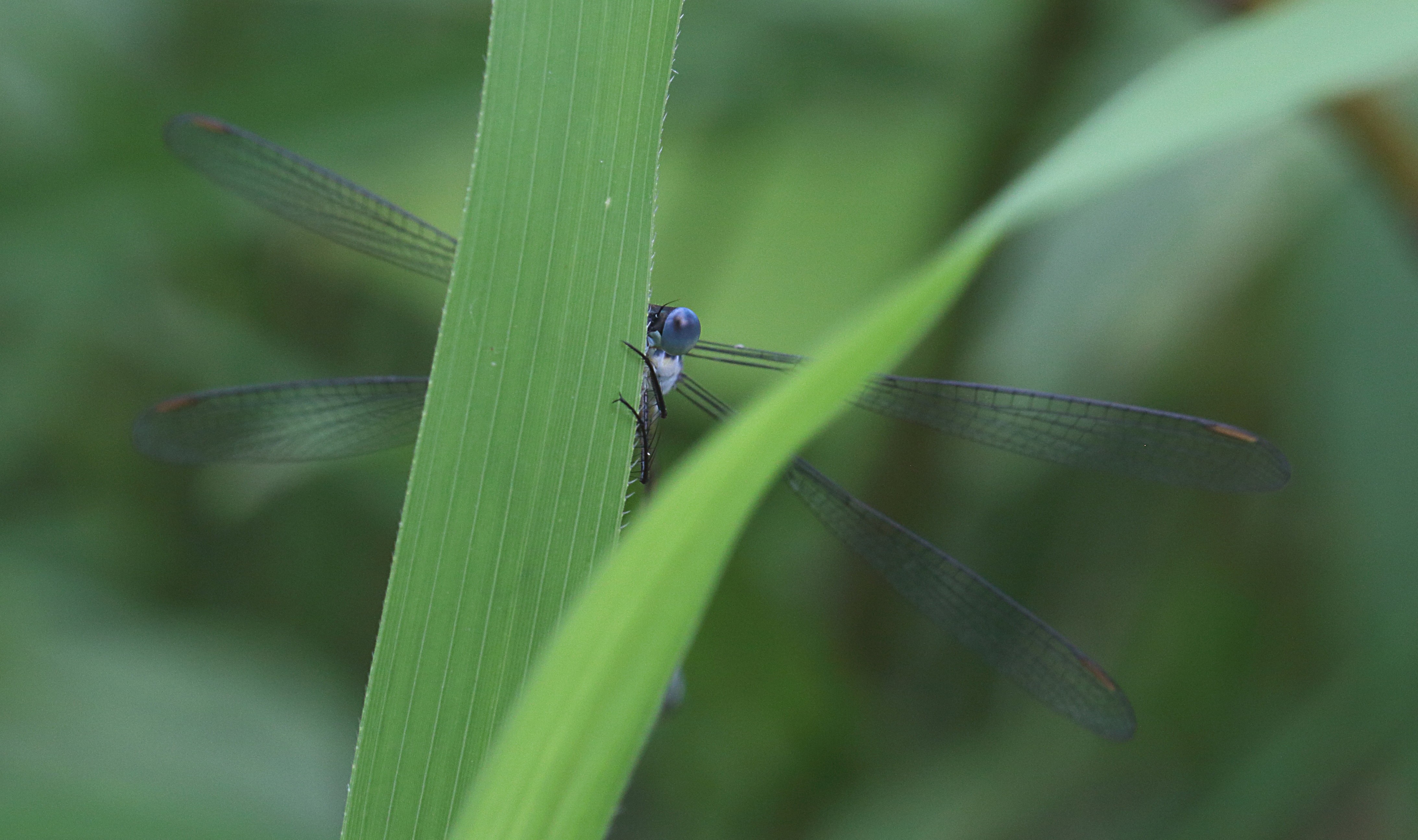 The next two pictures are of tree crickets in the genus Oecanthus. These can be hard to identify to species, and many are identifiable only by song and geographic region. I don’t know about their songs, but based on the geographic location I favor these to be O. forbesi. The first cricket is a female, and the second is an especially dapper looking male. 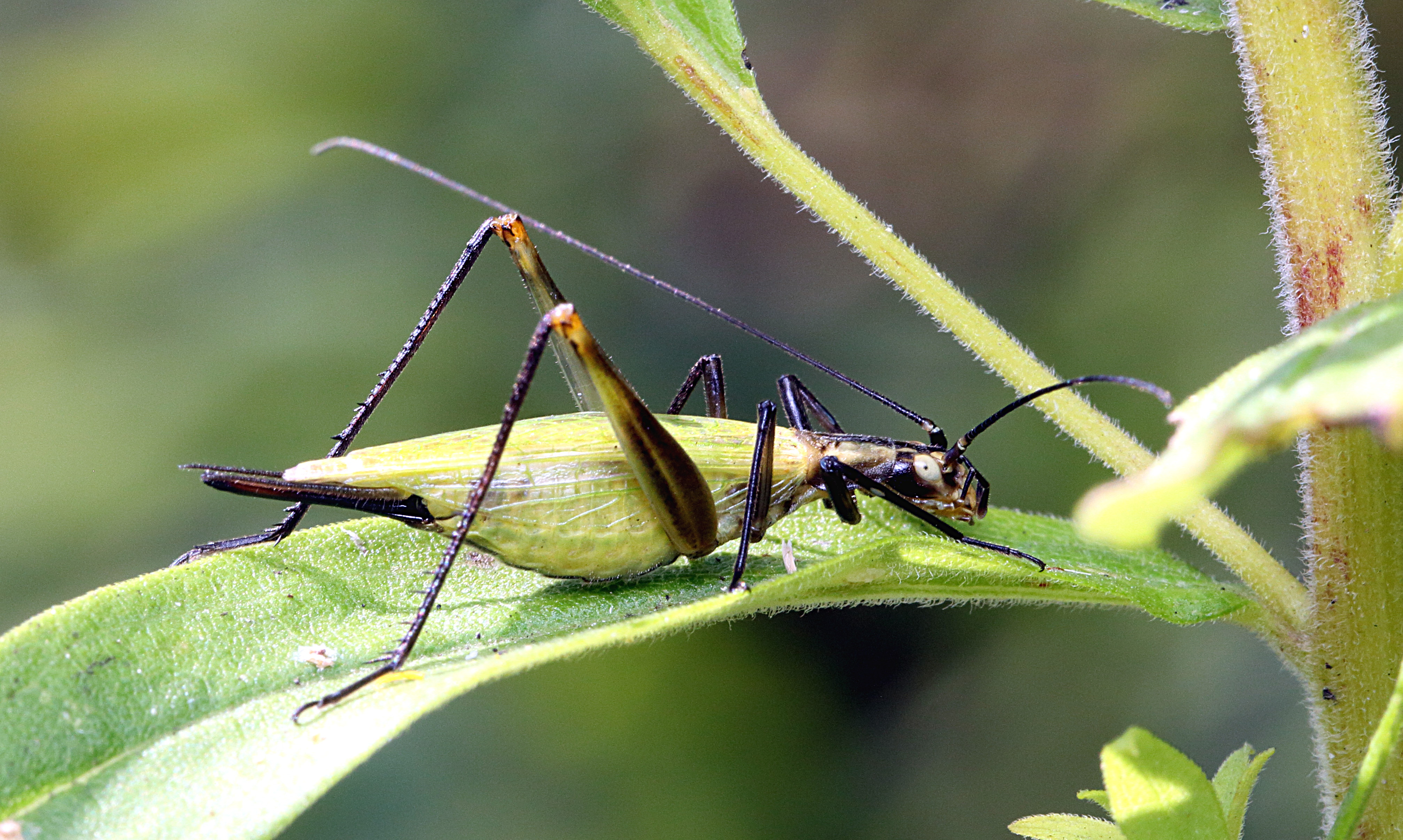 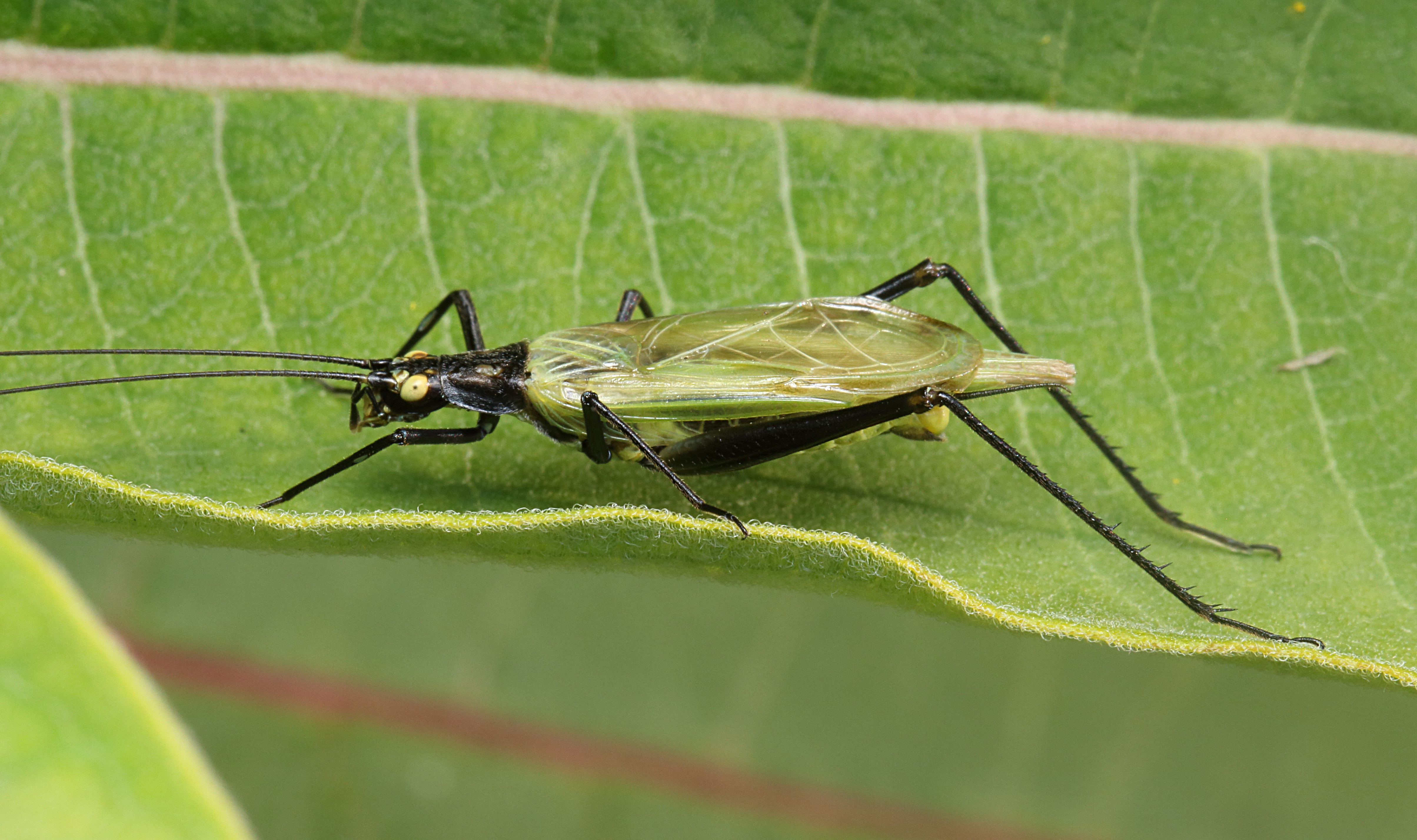 Finally, we return to the Magic Field for a Spider of Unusual Size. Here and there on the ground are burrows made by some arthropod or other. Some of these have a low turret of plant matter that is loosely woven together with silk. These are the burrows of burrowing wolf spiders (likely genus Geolycosa). I would often use an LED light from my phone to peer into one of the holes, and I could generally see glittering eyes staring back. The first picture is one of the spiders  sitting at the entrance to her lair. 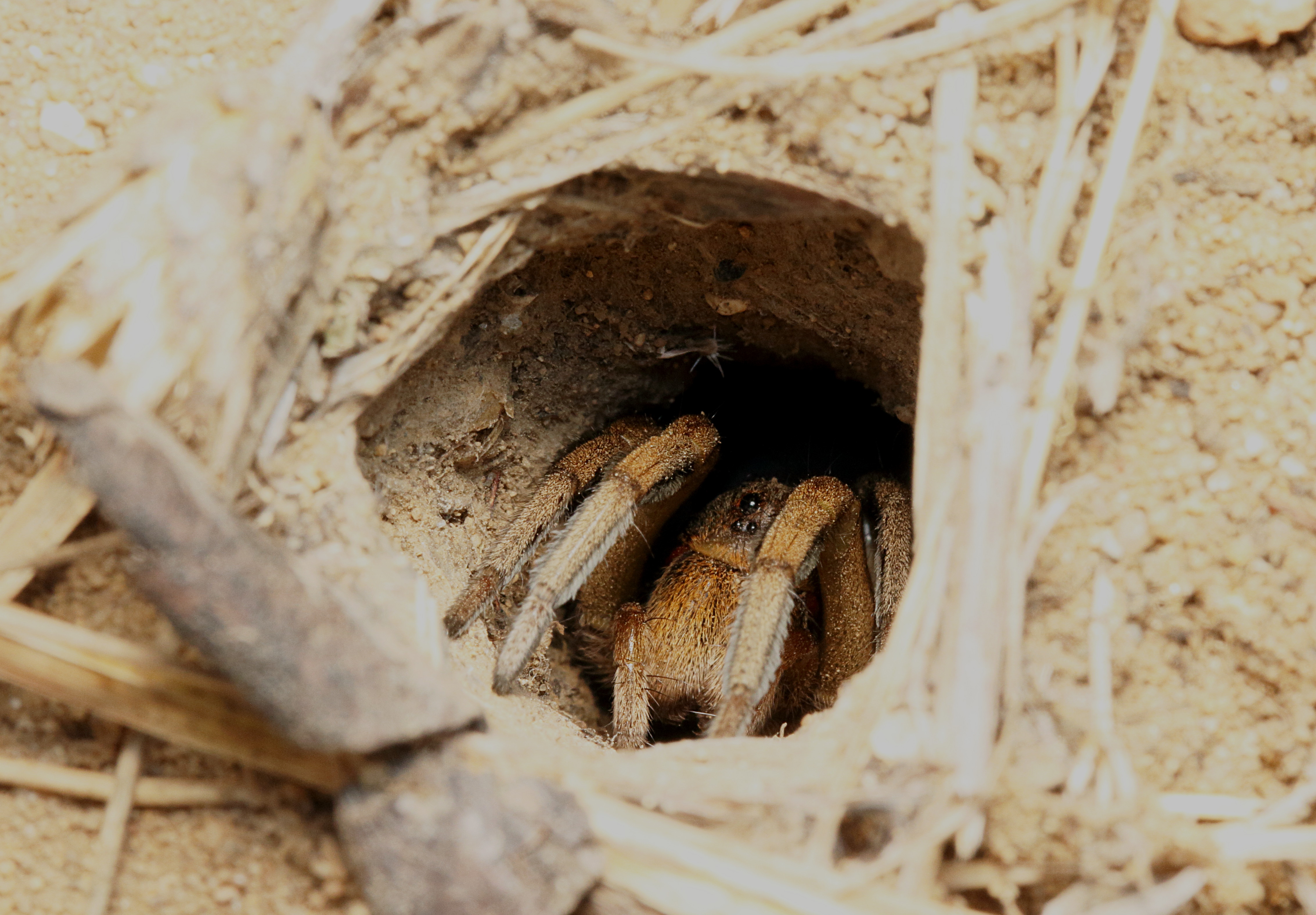 I very much wanted to catch one for pictures, but the only approach that worked was to simply dig one out. So I dug a vertical pit alongside a burrow, and after going down about a foot I then dug a horizontal connection to the spider burrow and pushed her out from below. She emerged only reluctantly. 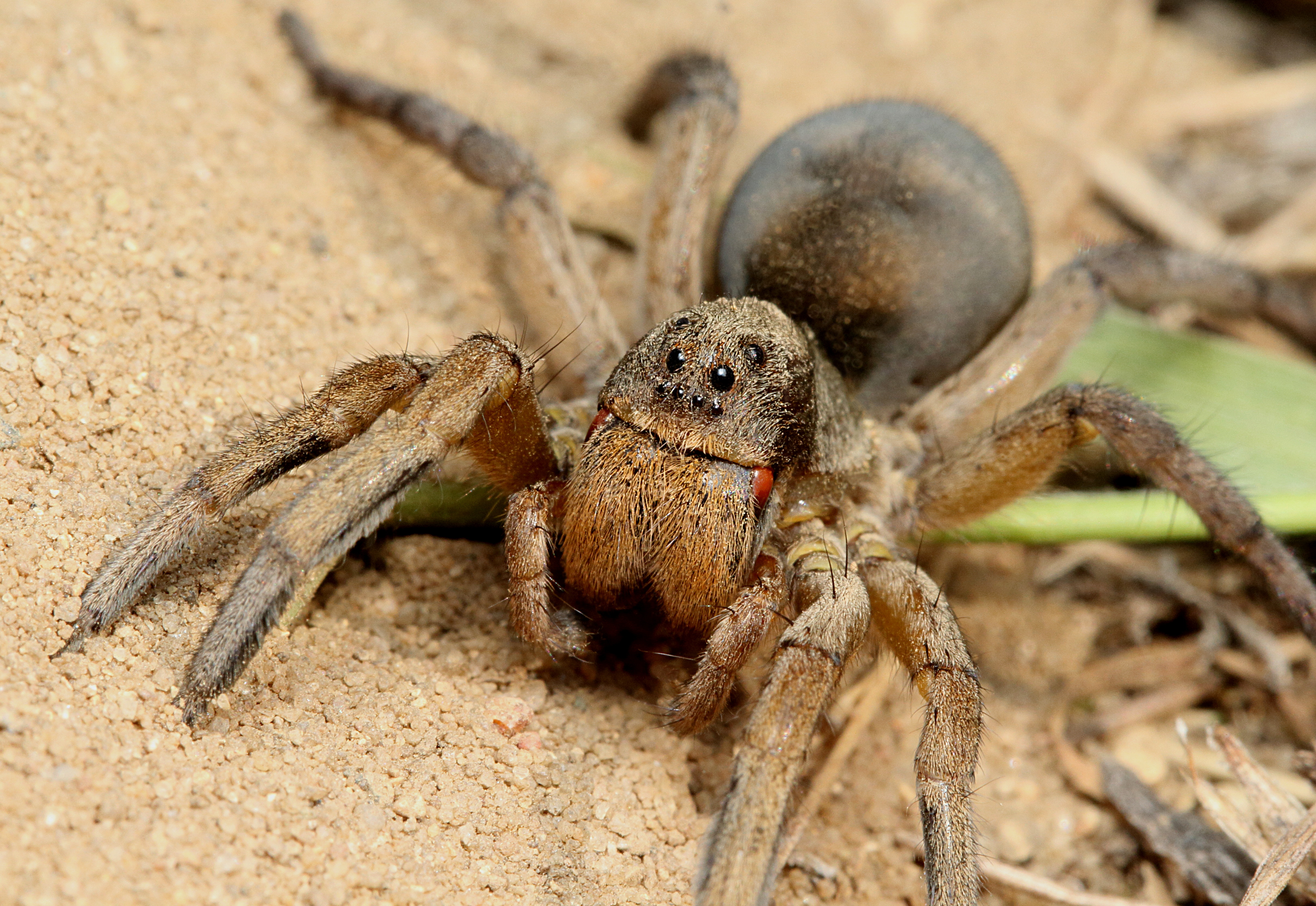 I think the species is G. missouriensis. She is easily the biggest wolf spider that I have seen. The shiny knobs under her face are parts of the joint condyles for her chelicerae, and these give the impression that she can bite pretty hard. After a few pictures she was returned to her burrow and the adjacent pit was filled in.