Well, the ducks are getting restive—pecking and chasing each other around, and even Honey is pecking at her own offspring. It will soon be time for the ducklings to fledge, as their flight feathers seem fully grown (Honey is molting and flightless). All eight are still thriving, despite the males chasing the females around (it’s not for sex, but they’re just bullies). I just hope Anna returns from her vacation before the family leaves so she can see how big they’ve grown, and to celebrate their fledging.

Here’s the family yesterday morning, looking all peaceful and hungry. But underneath those feathers, rancor is brewing. (Honey is to the extreme left.)

During the afternoon feeding, one female (she quacks, ergo female) was forced to the sidelines, and I had to make sure she was fed separately and well. You can see her to the rear. 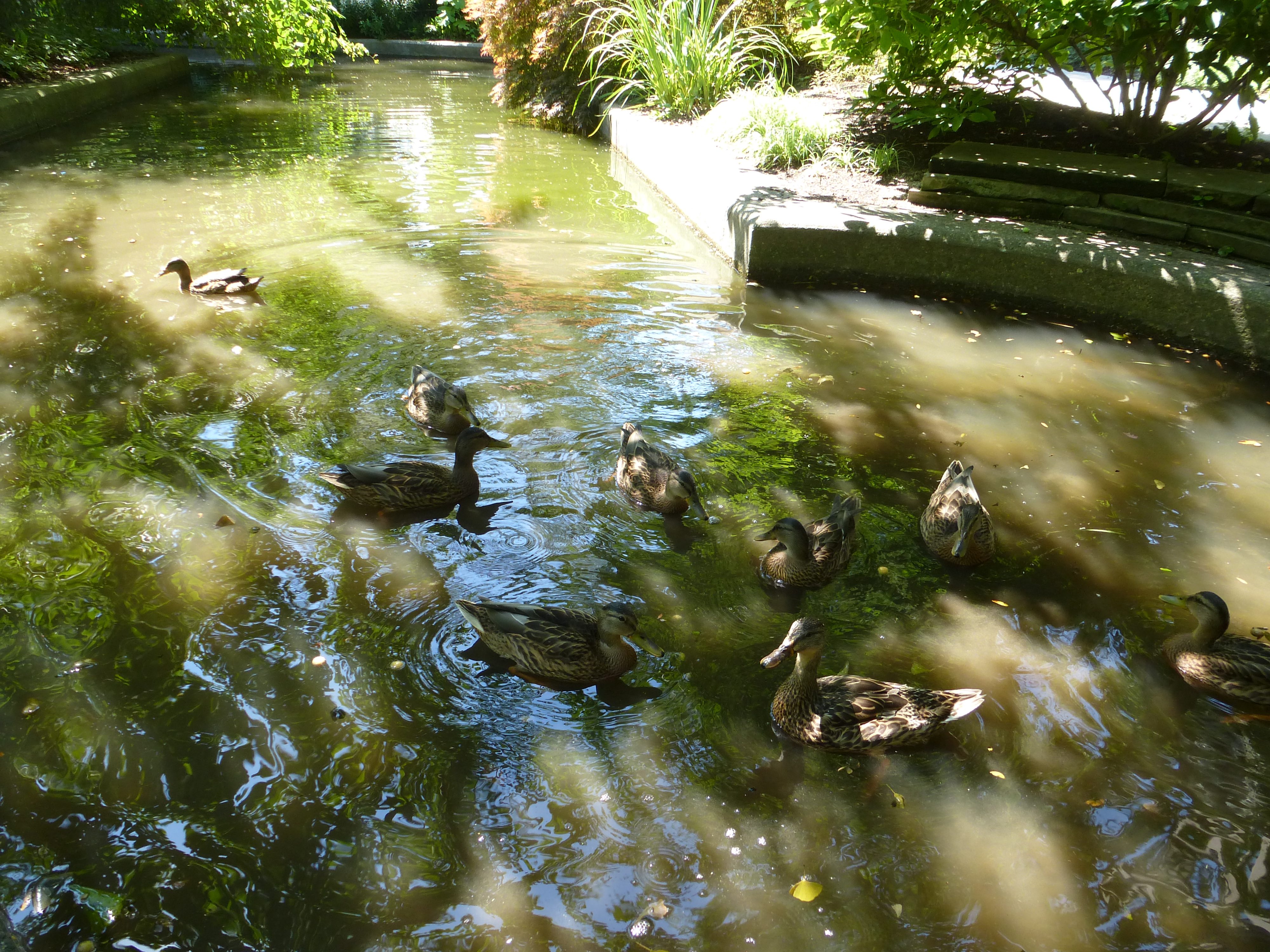 DUCK FIGHT! During feeding, two of the males (I presume they’re males) grabbed each other’s bills and went around and around in circles. Look how they’re staring each other in the eyes! Honey looks on dispassionately. 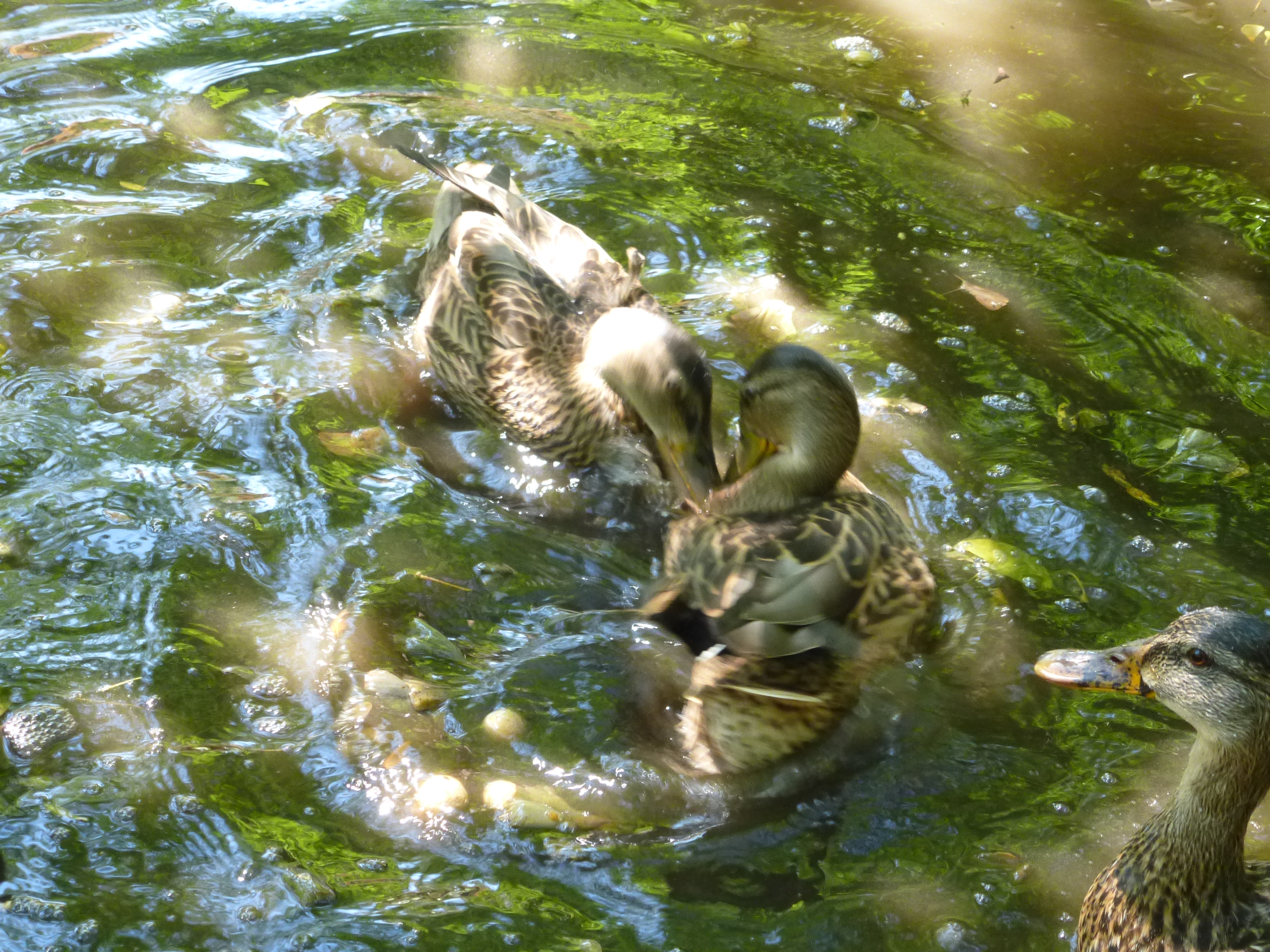 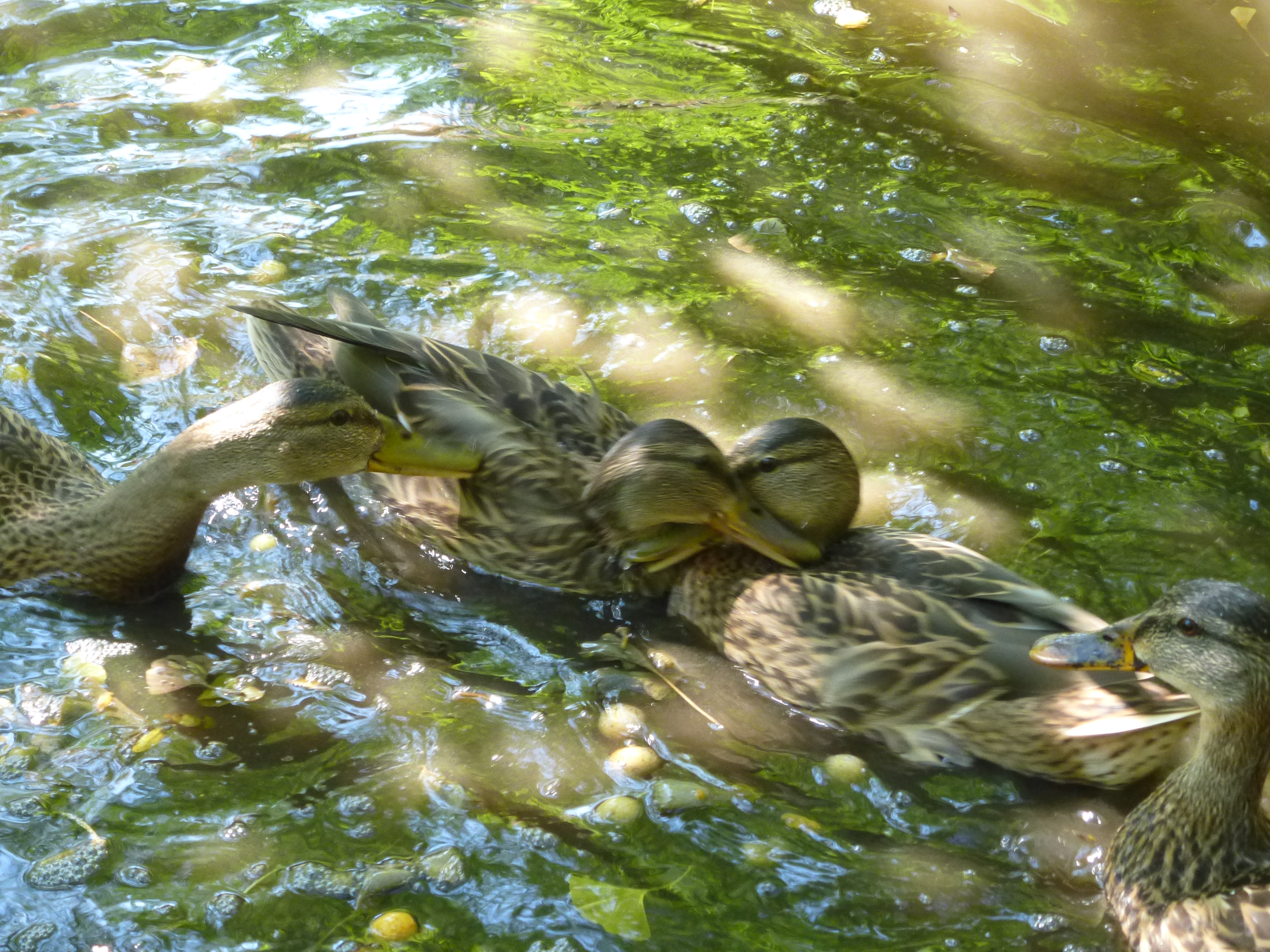 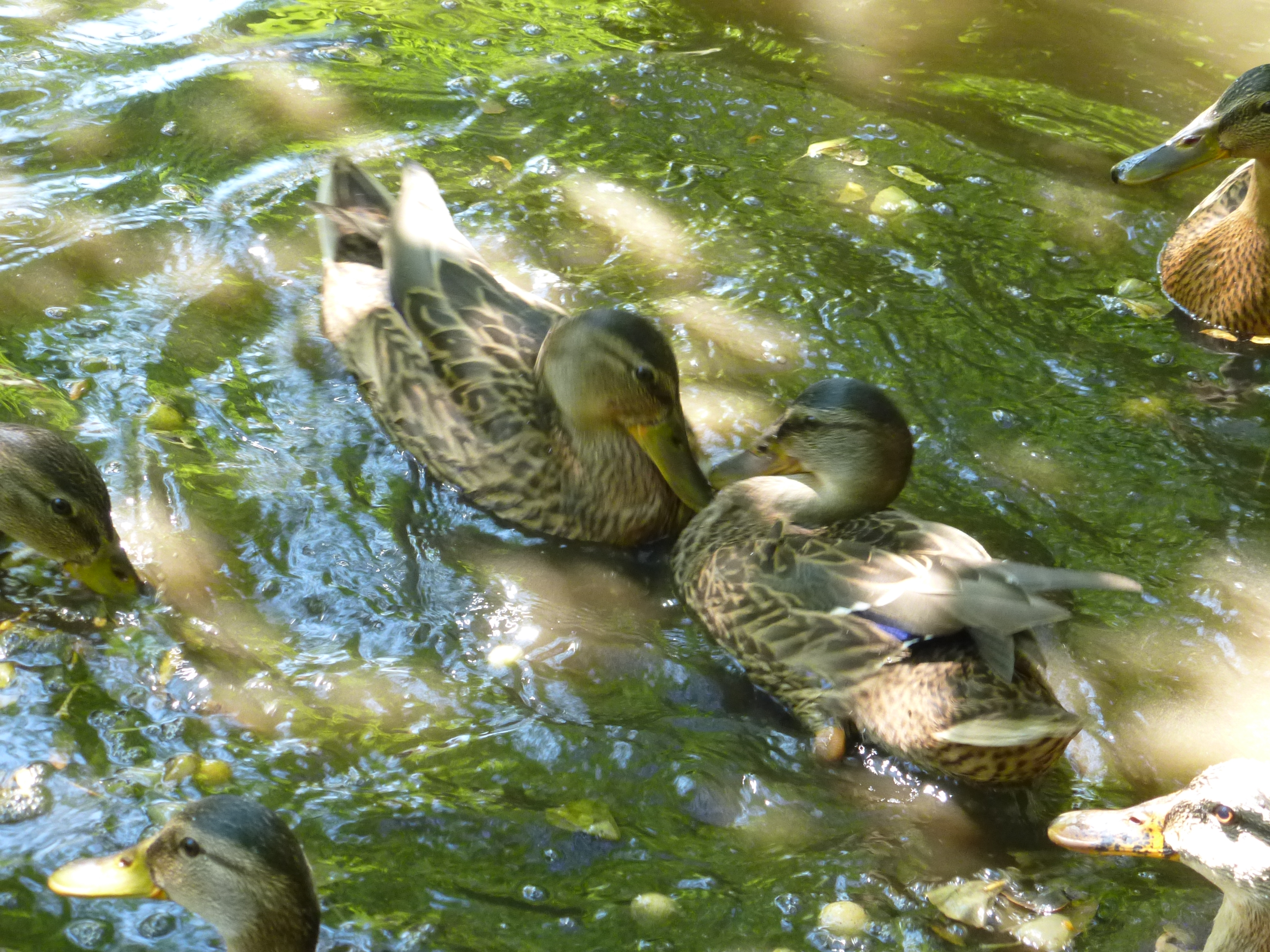 Honey has yet to grow in her flight feathers; it will take about a month. You can see they’re missing when you compare her dabbling (first photo) with that of a duckling (second photo). The ducklings have big wings with the flight feathers crossing over each other. I’m pretty sure they can fly now, but I haven’t seen them take wing. 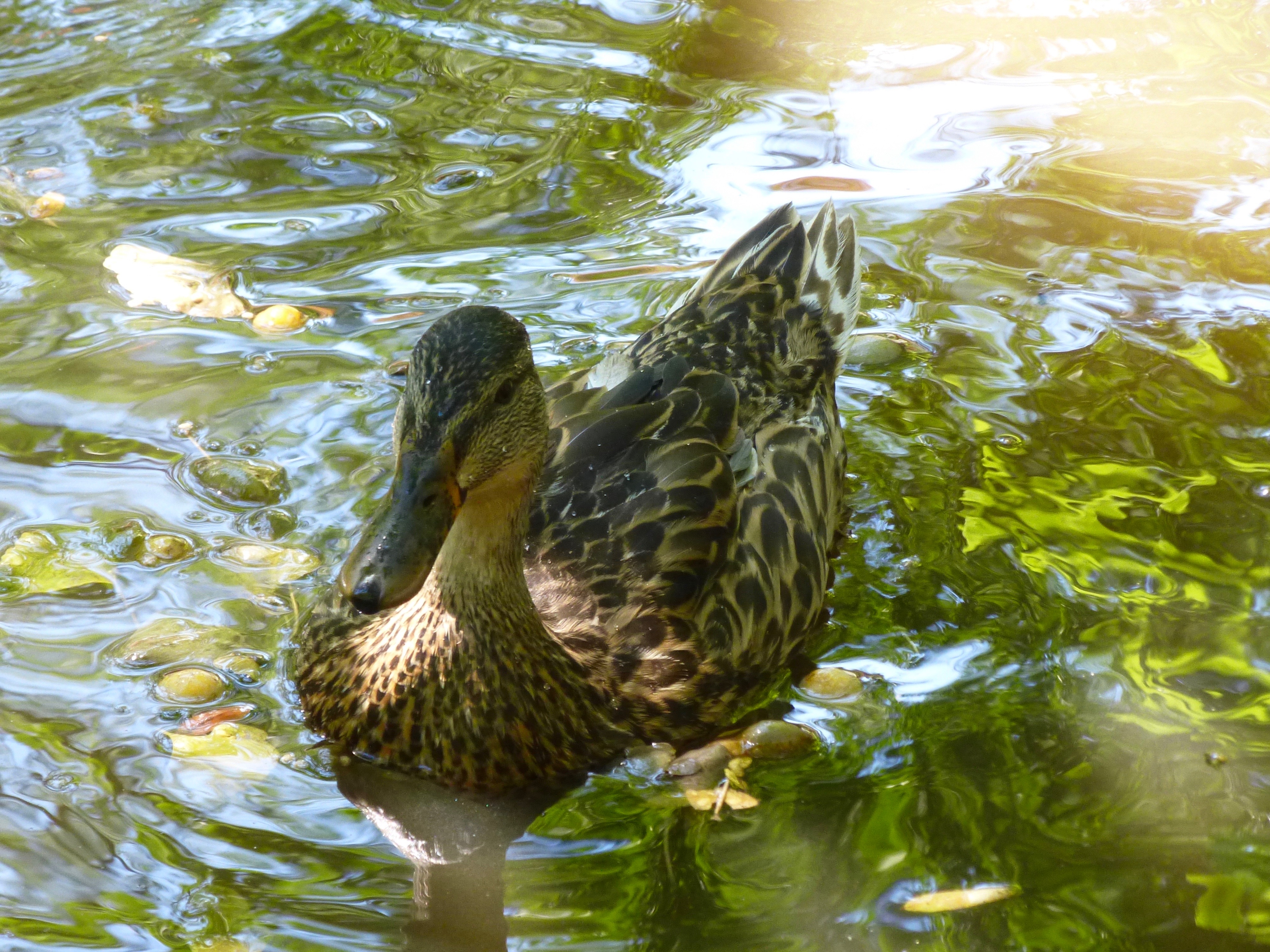 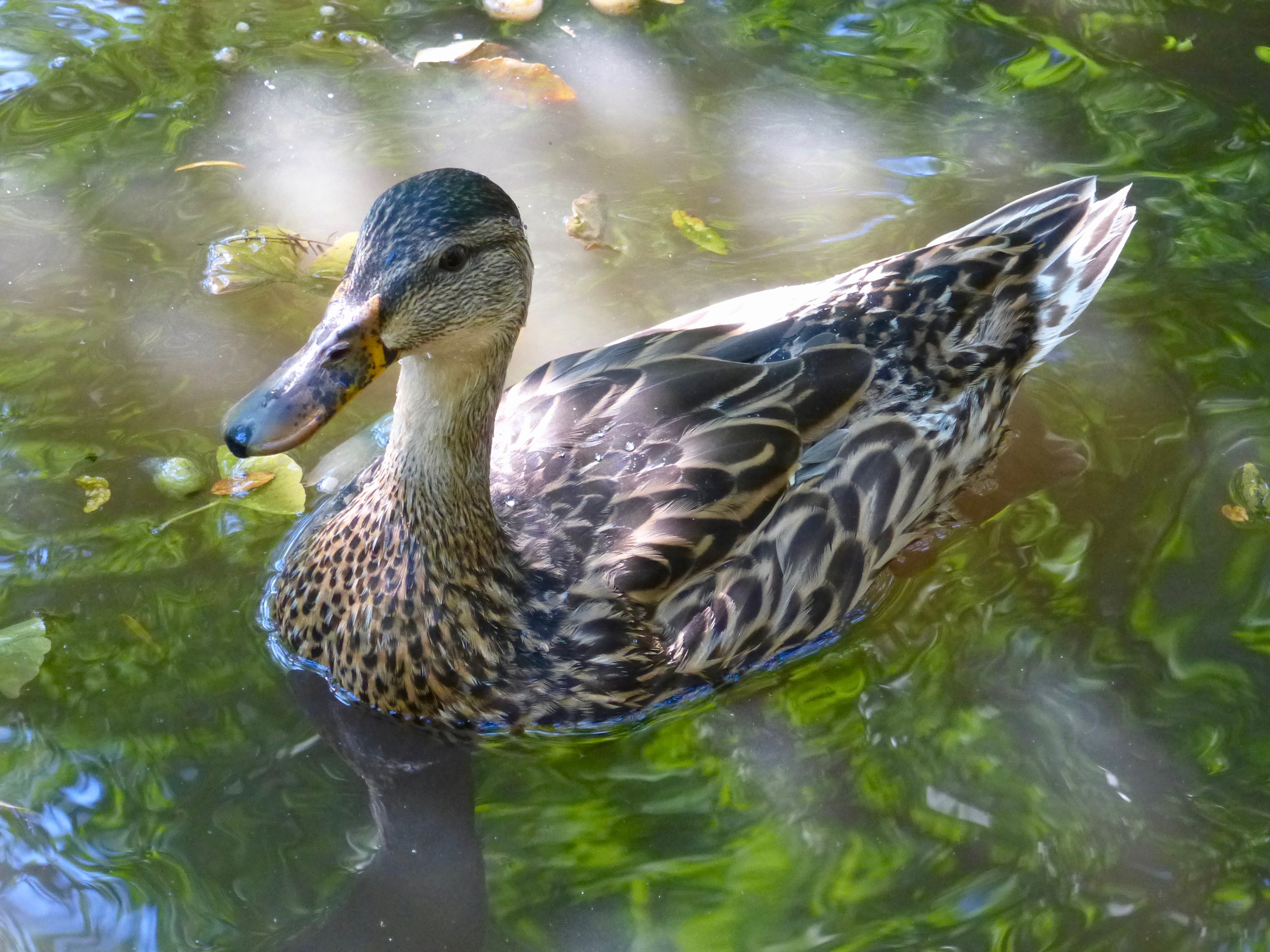