The ducklings are fine and VERY big. They’re also ravenous and downed a huge breakfast, slurping noisily as they ingested their duck pellets and dried worms from the water. It will be warm and sunny in Chicago today; a good day to feed and photograph waterfowl.

On June 24, 1314, the Battle of Bannockburn was won by the Scottish forces headed by Robert the Bruce in the First War of Scottish Independence. Exactly 60 years later, the people of Aachen, Germany were afflicted by an outbreak of St. John’s Dance, which, according to Wikipedia, “caused people in the streets of Aachen to experience hallucinations and begin to jump and twitch uncontrollably until they collapse[d] from exhaustion.” But why? This phenomenon, which recurred through the Middle Ages in several places, has always fascinated me, but we still don’t know the explanation. The Wikipedia entry under “dancing mania” says this:

Numerous hypotheses have been proposed for the causes of dancing mania, and it remains unclear whether it was a real illness or a social phenomenon. One of the most prominent theories is that victims suffered from ergot poisoning, which was known as St. Anthony’s fire in the Middle Ages. During floods and damp periods, ergots were able to grow and affect rye and other crops. Ergotism can cause hallucinations and convulsions, but cannot account for the other strange behaviour most commonly identified with dancing mania. Other theories suggest that the symptoms were similar to encephalitis, epilepsy, and typhus, but as with ergotism, those conditions cannot account for all symptoms.

Numerous sources discuss how dancing mania, and tarantism, may have simply been the result of stress and tension caused by natural disasters around the time, such as plagues and floods. Hetherington and Munro describe dancing mania as a result of “shared stress”; people may have danced to relieve themselves of the stress and poverty of the day, and in so doing, attempted to become ecstatic and see visions. Another popular theory is that the outbreaks were all staged, and the appearance of strange behaviour was due to its unfamiliarity. Religious cults may have been acting out well-organised dances.

That would have been something to see!

On June 24, 1509, Henry VIII and Catherine of Aragon were crowned King and Queen of England. She ruled until 1533, when she was deposed after Henry became enamored of Anne Boleyn.  On this day in 1880, the first performance of O Canada, the song that would become the national anthem of that country, took place at the Congrès national des Canadiens-Français. Let’s hear the anthem of our friendly neighbors to the North:

On this day in 1948, the Soviet Union started the Berlin Blockade, making transport of goods and travel between West Germany and East impossible. That, of course, instigated the Berlin Airlift.  Exactly two years later, apartheid was formalized in South Africa by passage of the Group Areas Act. And read about British Airways Flight 9, which lost power in all four engines after flying through a cloud of volcanic ash on this day in 1982. That scared the bejeesus out of all the passengers, most of whom thought they would die for sure. Fortunately, the engines were restarted and the plane landed safely. Here’s a brief video in which a passenger on that flight describes what happened:

Finally, on this day six years ago, the last known individual of the Galápagos turtle subspecies Chelonoidis nigra abingdonii, known as “Lonesome George“, died in captivity.  He was about 102.

Hili: I’ve decided.
A: What did you decide?
Hili: That this is not the right path, let’s look for another one. 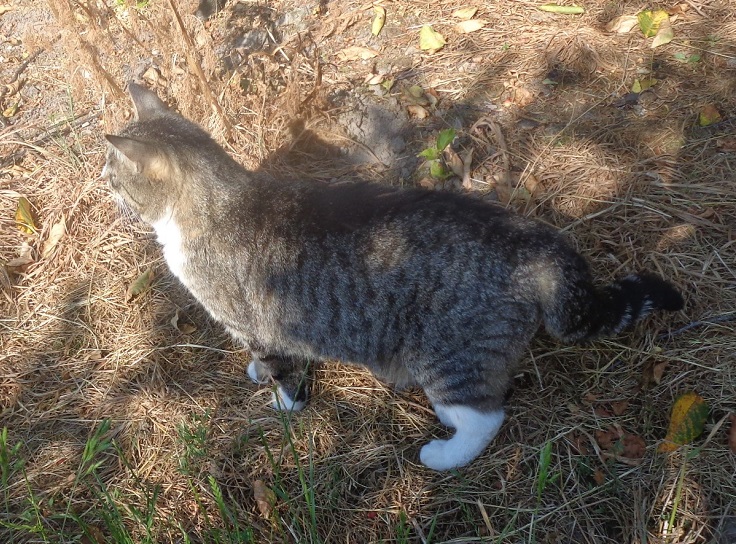 A tweet I found: The BBC shows how there can be such a thing as being too “woke”. This is a funny take on a “cure from wokeness” seminar:

Frog's dinner was lit.
Or this is what happens when you eat a firefly. pic.twitter.com/2gncjoWk3p

And Tong shows how a ladybird beetle follows a line:

The next installment in my "It's Hard to Be a Turtle" series. Once again, I feel bad for laughing but turtles are just fun to watch. pic.twitter.com/lpnqe5aHEm

I’ve seen rare blooms in Death Valley, California, and they’re stunning. Here’s one in the deserts of Utah:

Look at this insect!

A male Phantom Midge (Chaoboridae) showed up tonight and I learned a new bug! Check out those antenna! pic.twitter.com/wrxeN53JH0

Aposematic coloration to the max:

Did you know that the Kingdom of Lesotho had some of the most colorful insects in the world? This is Maura rubroornata, a gorgeous grasshoppers with toxicity that matches its splendor. pic.twitter.com/P4IyxPYj4z

Use this tweet for the link; it’s a great resource:

And I name this video Tweet of the Month:

Behold!
The most realistic cat food box art of all time. pic.twitter.com/M8RdH99cn9