I’ll start with a photo from yesterday morning when the ducks were huddled on the bank in the rain. I think it’s one of the best “brood” photos I have, mainly because of the duckling at upper left of the Duck Pile sticking its bill out (click to enlarge): 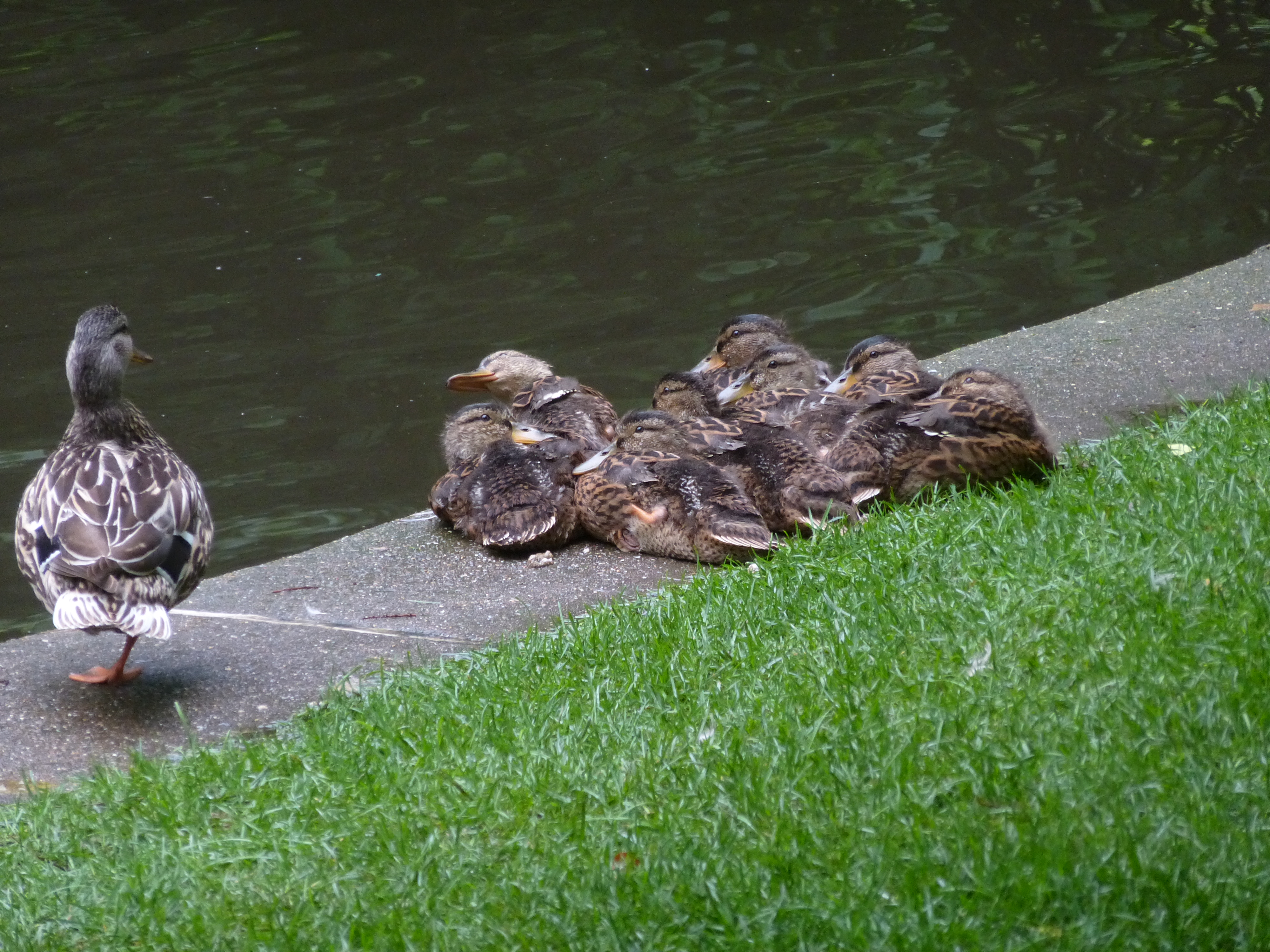 It’s stopped raining here (we had quite a deluge the other day), and although it’s a bit overcast, it’s warmed up and the duck islands are above water—though still muddy. Tomorrow and Monday will be sunny and warm, so everybody should be happy.

Here’s the pond in the early morning with the family swimming about. But they’re still resting on the bank, which is more dangerous than on the duck islands, and I wish they’d move back to them. I suspect they’re waiting for the mud to dry out. 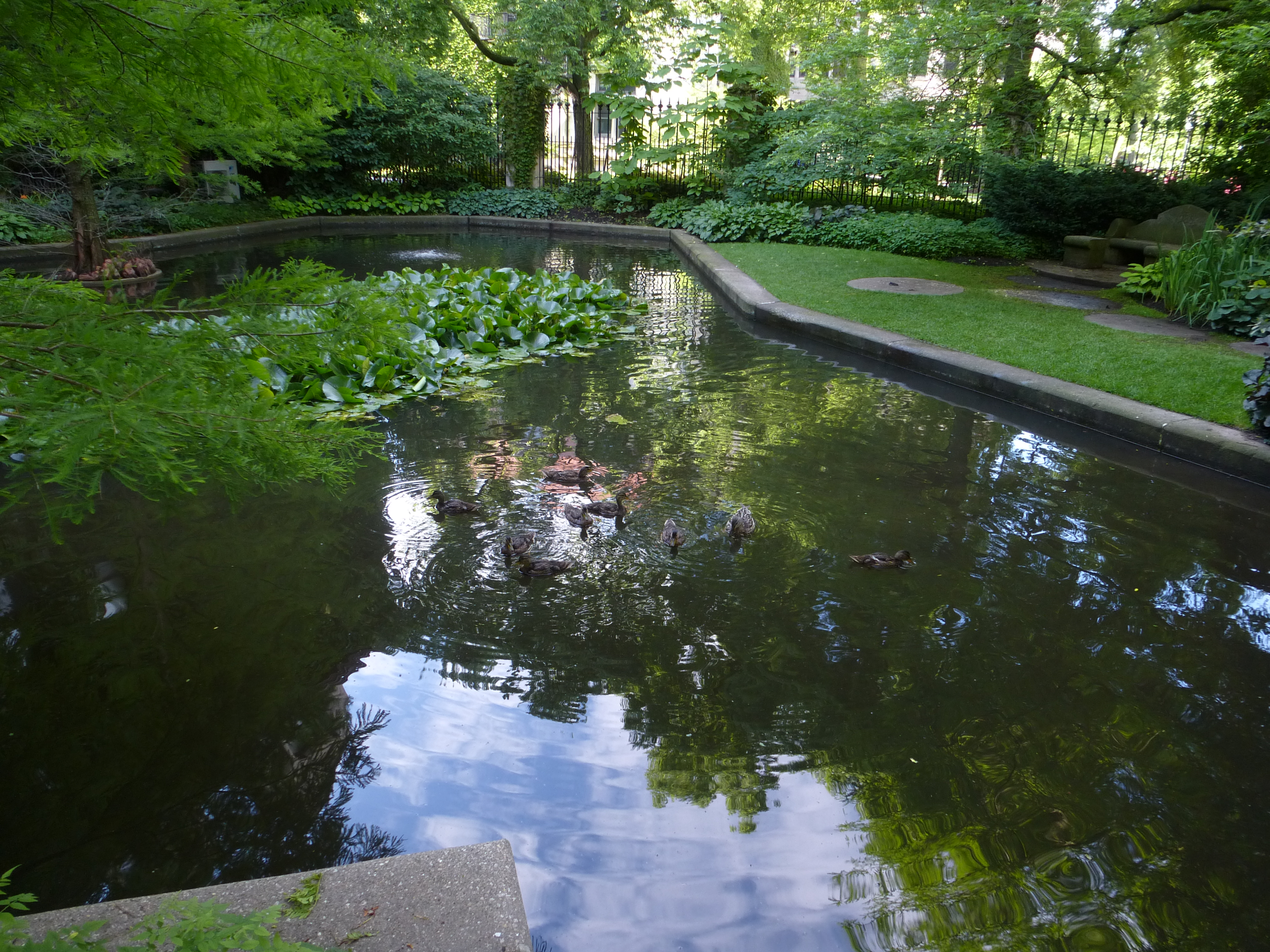 I gave them extra food today because of the cold and rain, and they’re eating ravenously. Look at these ducklings: they’re getting so big that they’re sometimes hard to tell from Mom! There’s some dabbling going on here, too. 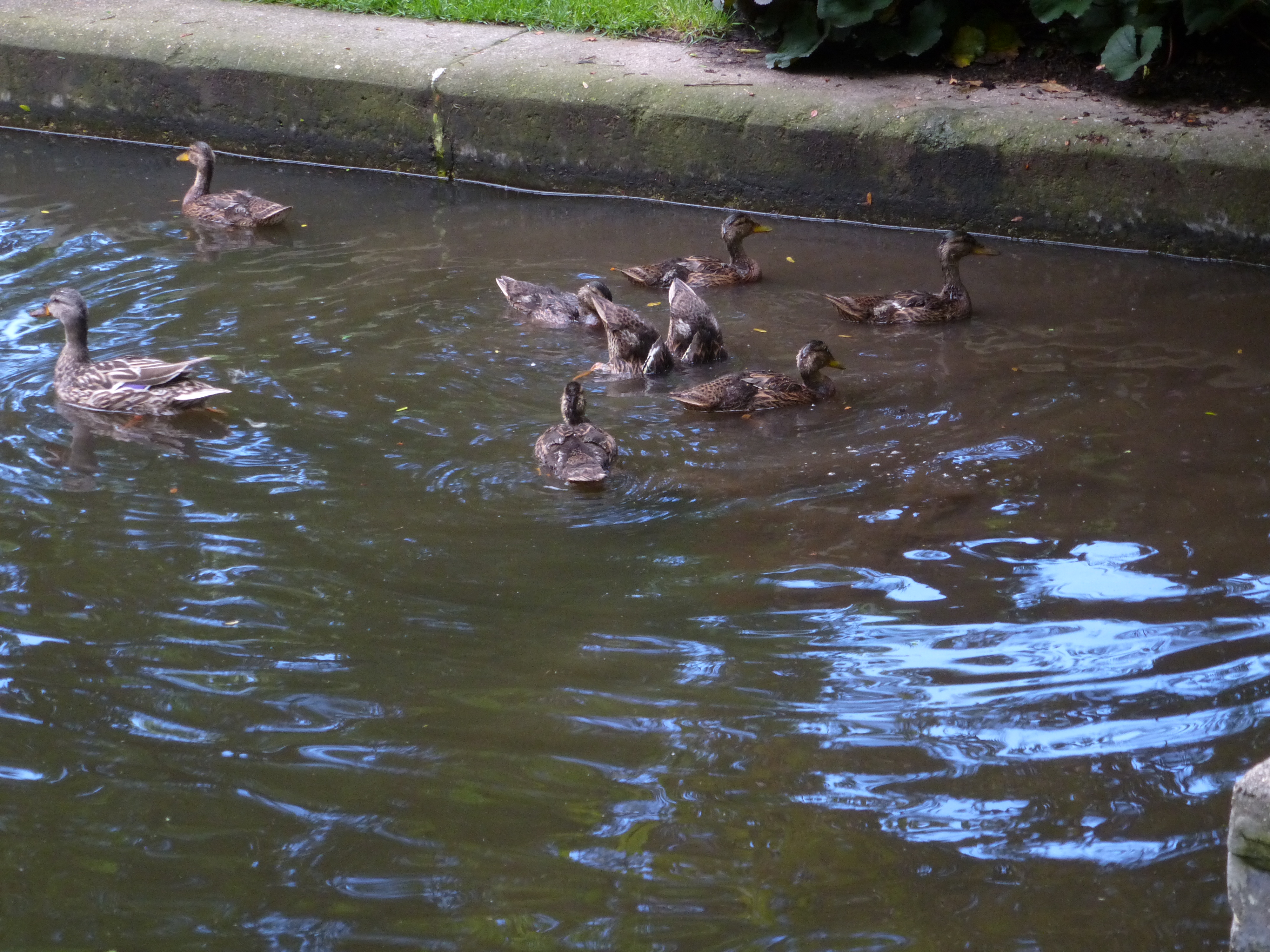 After breakfast they again had mandatory dabbling practice. Notice that their feathers are almost grown in. 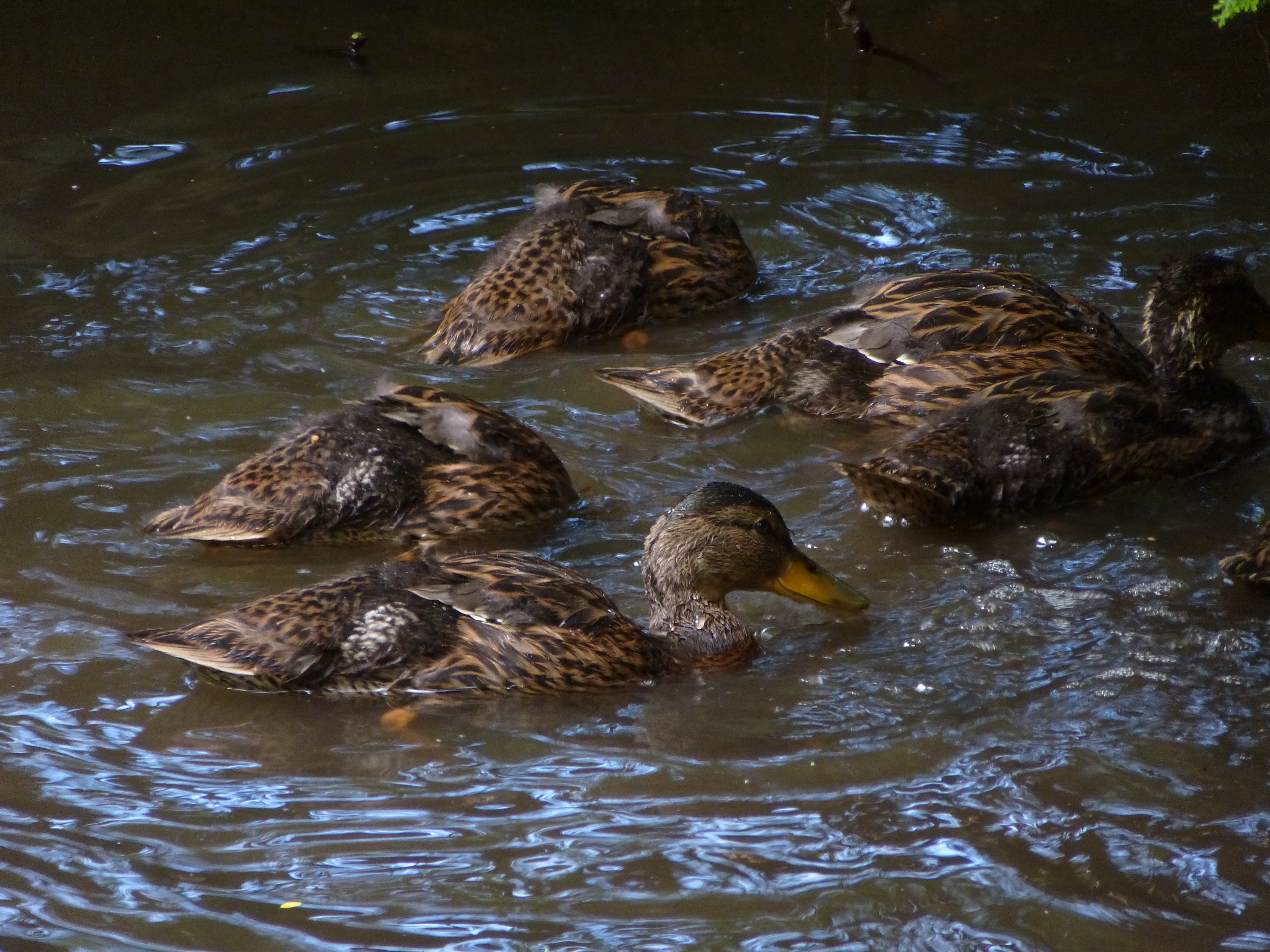 Just to remind you how fast they’ve grown, this photo is from exactly a month ago. It’ll be at least another month till they can fly. 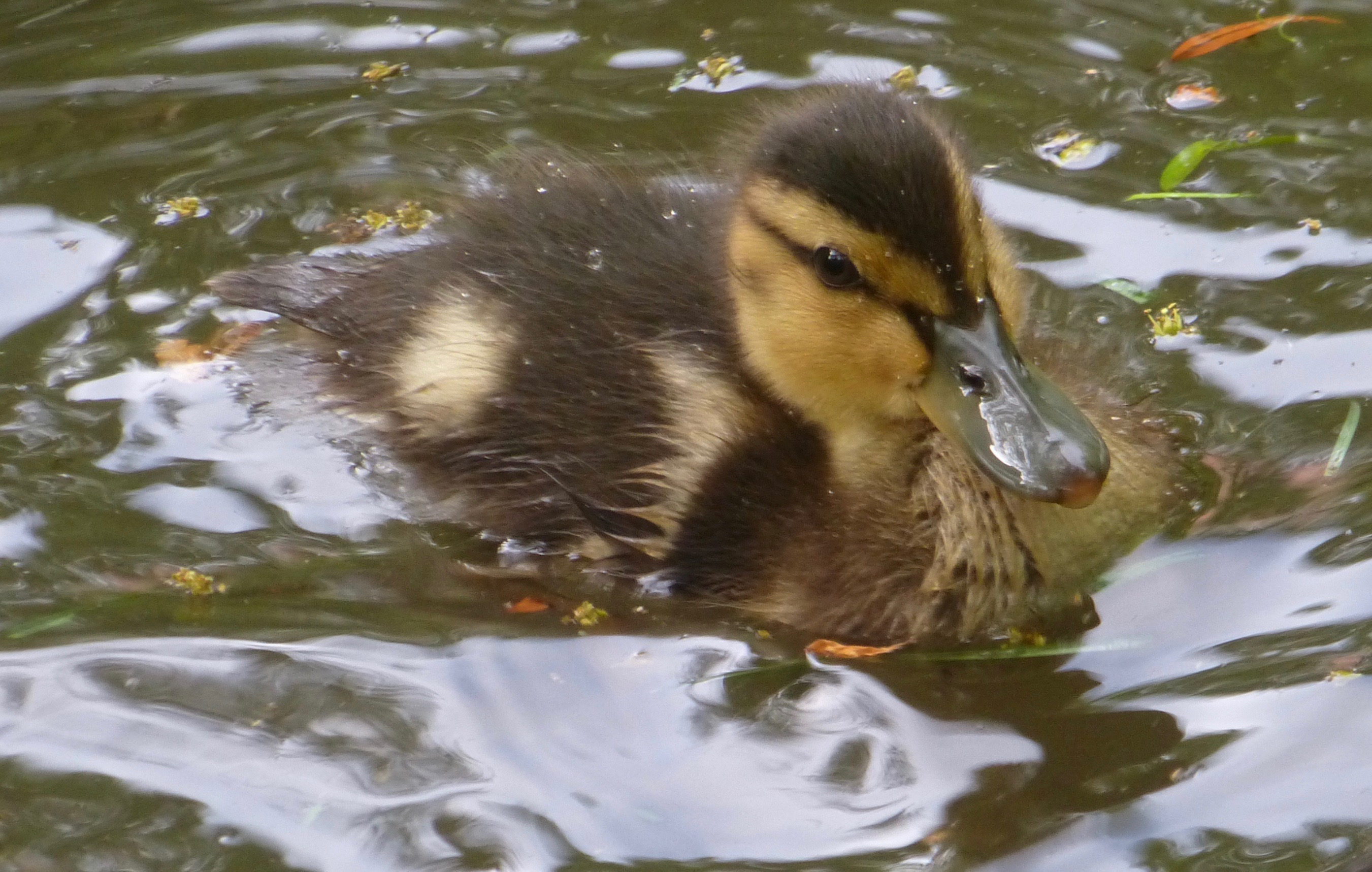 Before the mid-morning feeding, they were huddled on the bank again, though it’s no longer cold. As usual, Honey was watching over the gang, and standing between the Pile O’ Ducklings and the entry to the area—the place where a predator might come from. She clearly knows how to position herself to protect the four copies of her genome embodied in the ducklings: 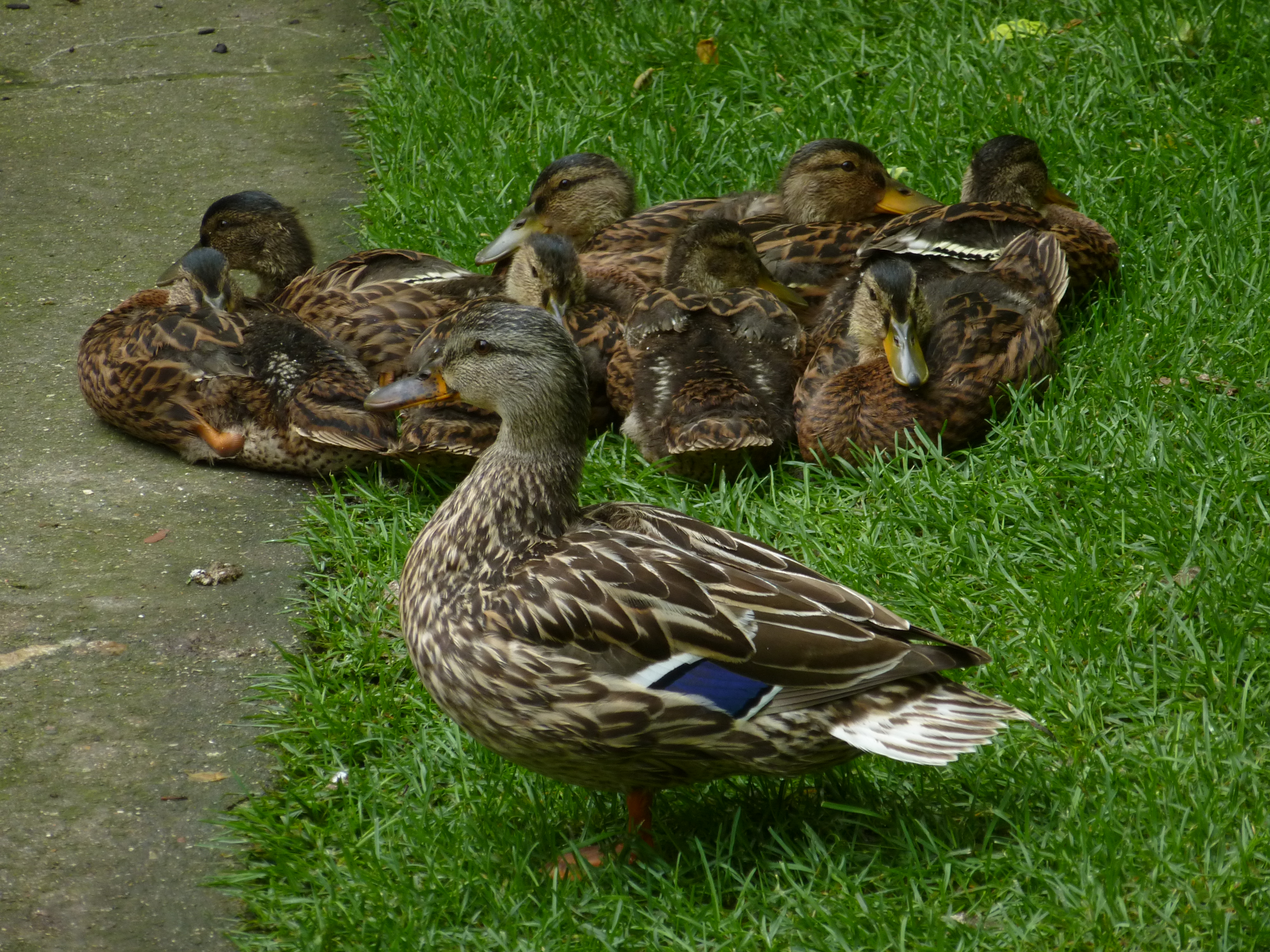 Pile O’ Ducklings (yes, there are eight in there): 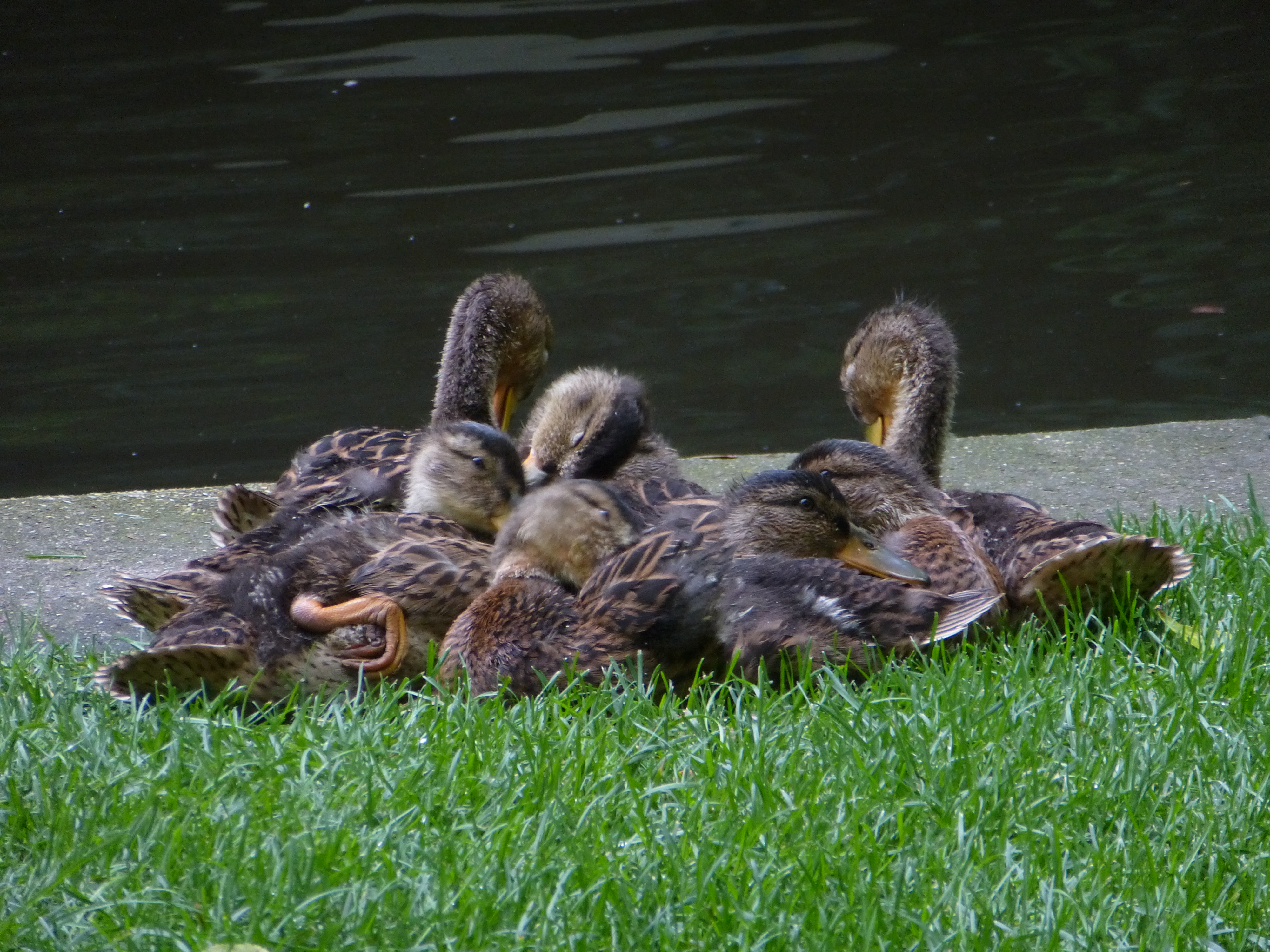 I was a bit worried because Honey was standing on one leg while watching them, and I thought she might be injured, though ducks do stand that way to warm up their feet. But then I looked at yesterday’s photo, in which she was also standing on one leg, and it was the other leg. Plus she seems to be walking fine.

Notice how well she balances: 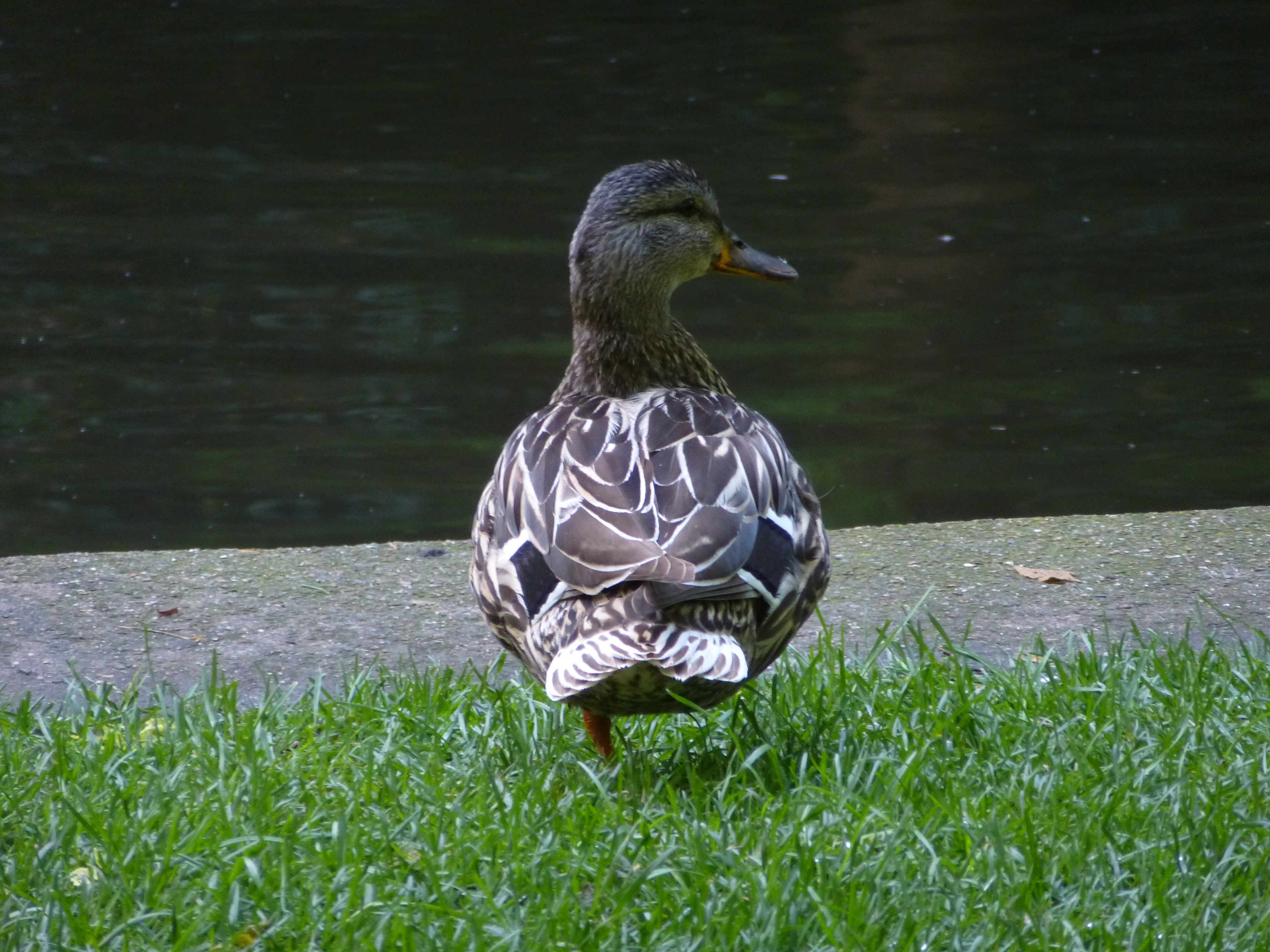 My avian inamorata, Ms. Honey, Mother of the Year: 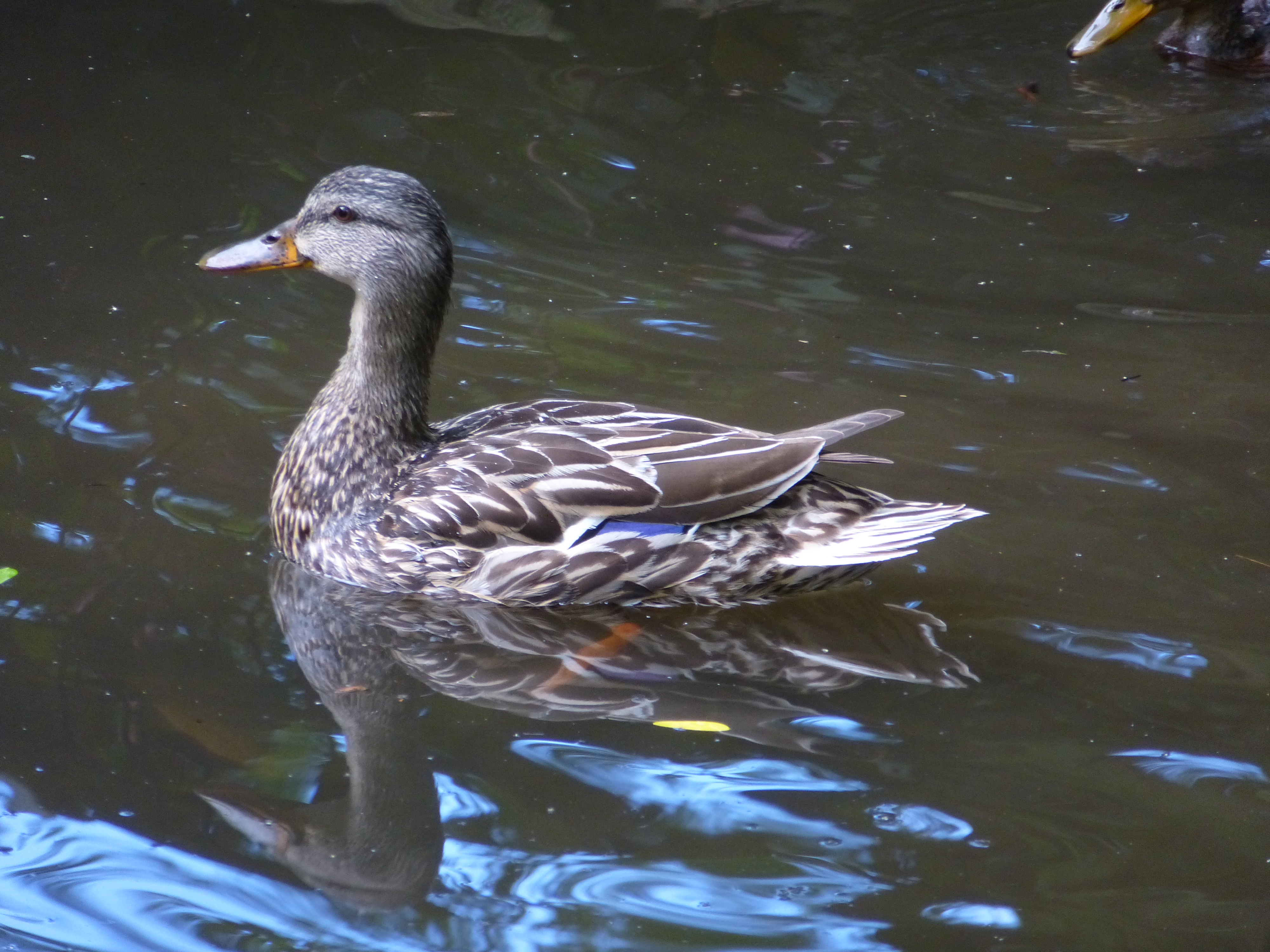