Time to gather together your wildlife photos and send them in! The photo tank is dropping, though I still have a reserve.

Tony Eales from Australia sent some creepy-crawlies, because of course everything in Australia is venomous. But these animals are also lovely. His notes are indented:

Went back up into the rainforest last weekend to a different section of the national park to find some more creepy crawlies to photograph.

I managed to find and photograph my first Mygalomorphs. This is the infraorder of spiders that includes tarantulas and the deadly Sydney Funnel-web [JAC: the Funnel-web is regarded as the world’s deadliest spider]. The ones I found are in the family Dipluridae aka the Curtain Web Spiders. The second photo was positively identified as Australothele jamiesoni by Robert Raven who was the researcher to first describe the genus and the seven species in it. The second photo looks similar and photographed very close by, it’s probably A. jamiesoni as well but I can’t be certain. The two long spinnerets that can be seen in the photos are characteristic of the family. The spiders look scary but they’re not large: only around 20mm long. 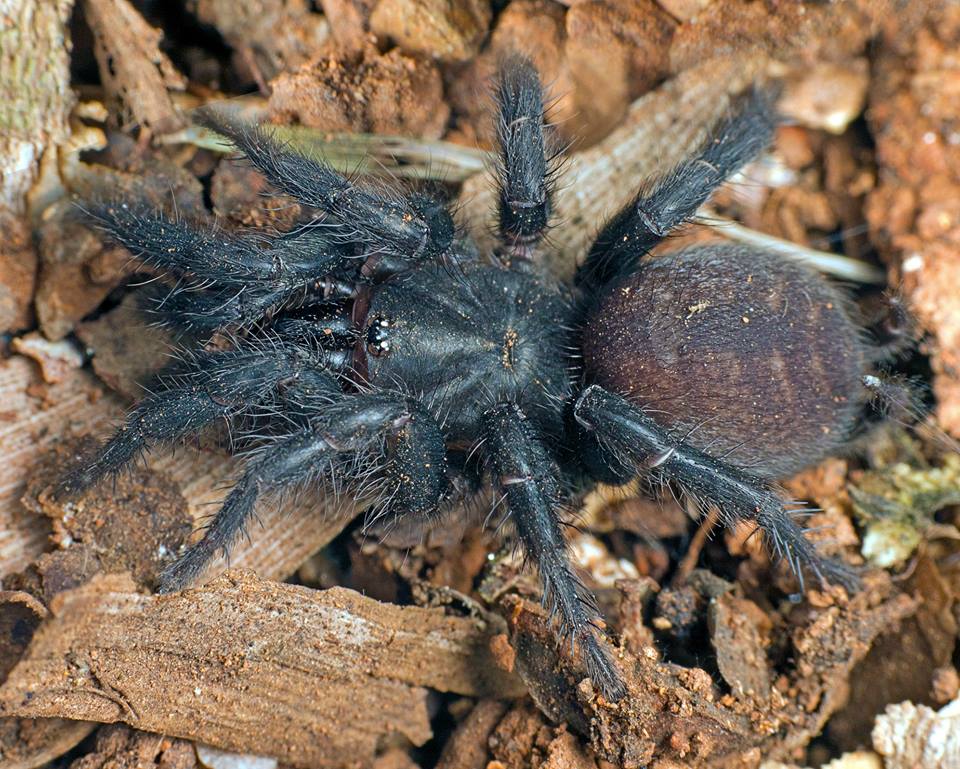 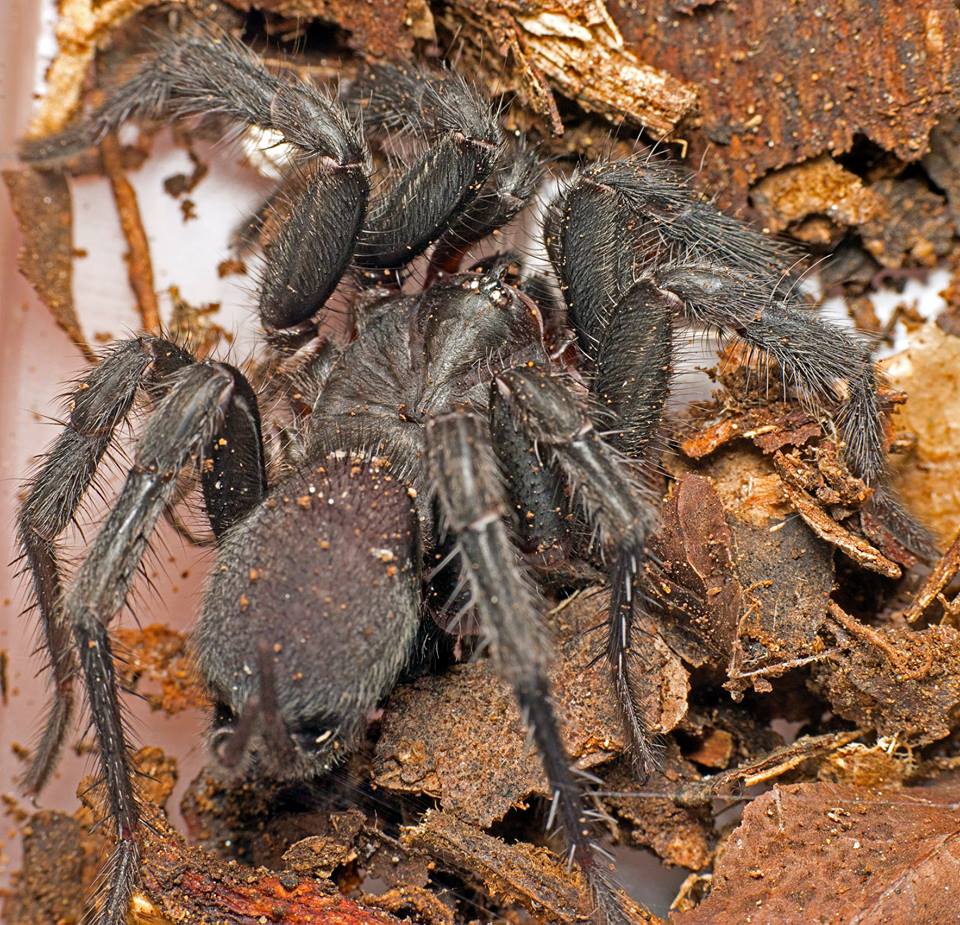 In addition to spiders I found a couple of scorpions. Homurus waigiensis the Rainforest Scorpion, although I have found them outside of rainforests in swampy open forest. And an unidentified member of the Lychas spinatus species complex. 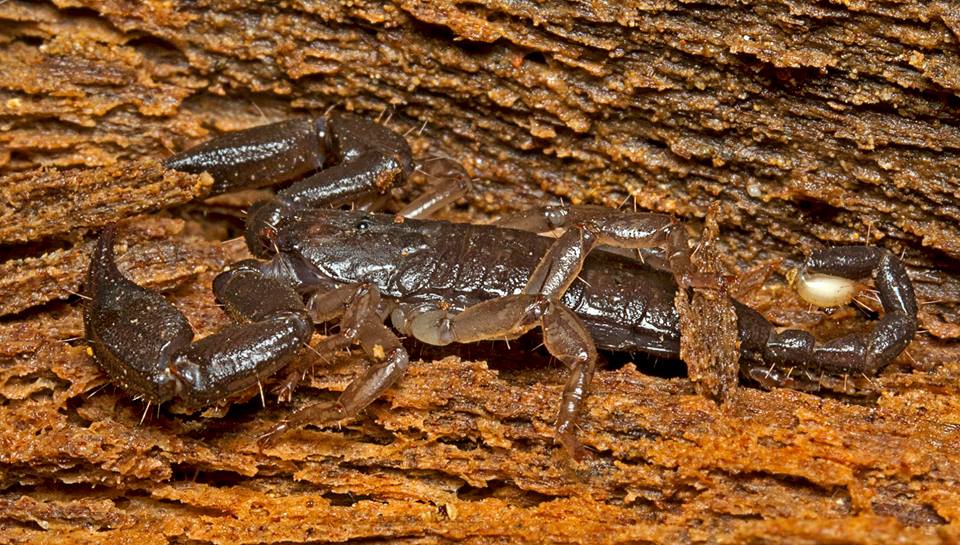 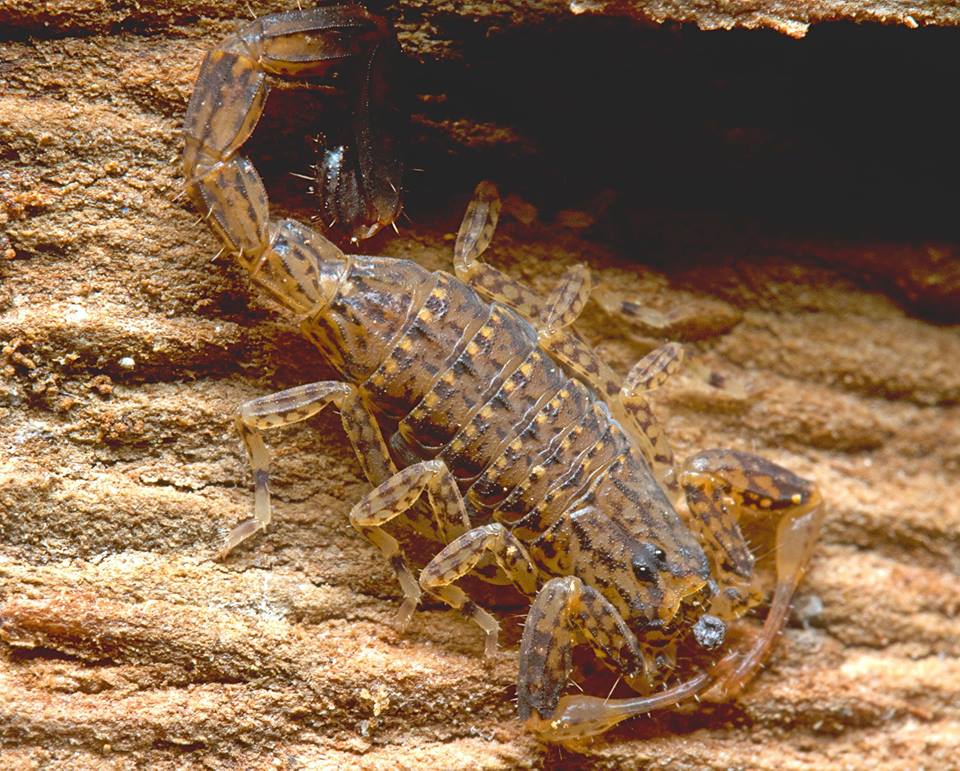 Lastly a Water Spider, in the family Pisauridae. Robert Raven said it looks like a Megadolomedes trux juvenile but has an unusual pattern. I have seen full-grown M. trux years ago and they are an impressive sight. While having relatively small narrow bodies their span can be as large as a man’s spread hand. They hang out on the underside of rocks above rainforest streams and can eat fish, tadpoles and even small frogs and toads. 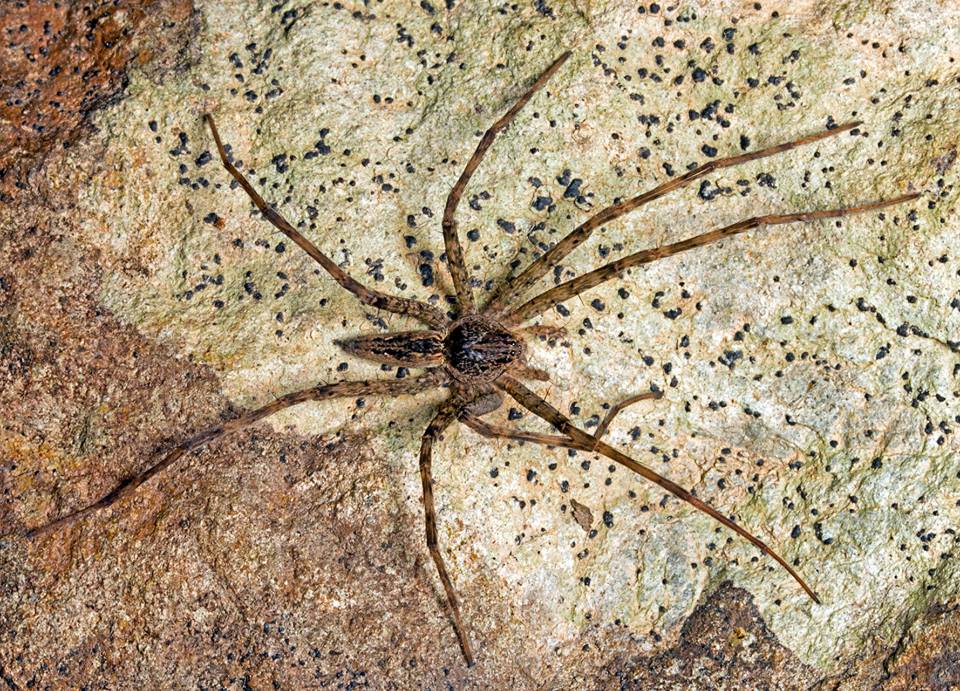 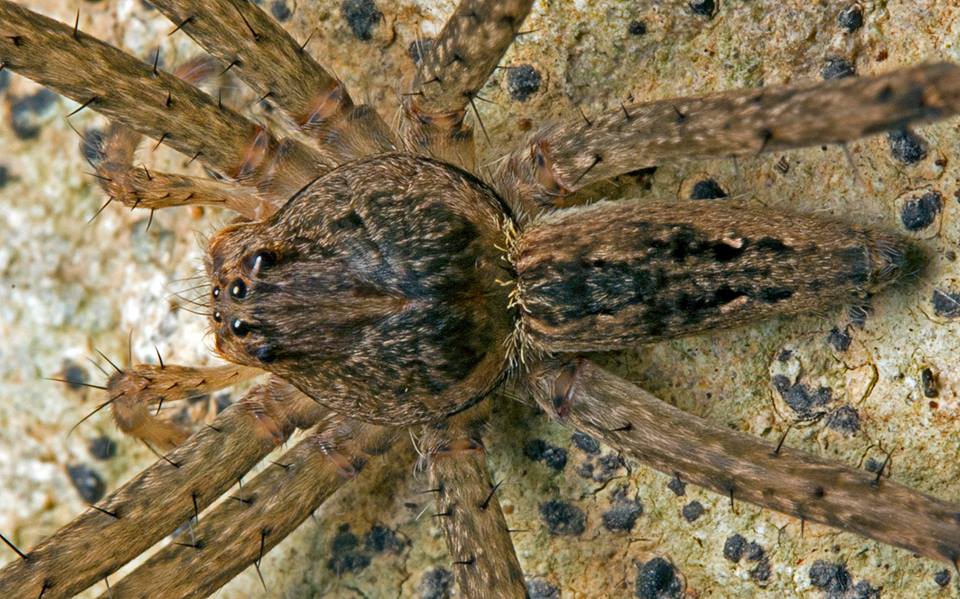