All is still well at Botany Pond, though it’s hot today (about 35°C), and I fed everyone early so they could nap during the heat of the day. When I was approaching the pond this morning, a rather large mammal was walking on the nearby sidewalk. I thought, “Holy jeez: that’s a big cat!” before realizing it was a honking huge raccoon. I didn’t get a picture but I’m a bit worried it could snack on a duckling. I drove it away with a few shouts.

The pond is looking well, thanks to Spring and the landscaping crew. This is the small and shallow part of the pond, where I often feed the ducklings while sitting on the platform in the foreground. It’s also shallow enough for them to dabble and reach the bottom (see photos below): 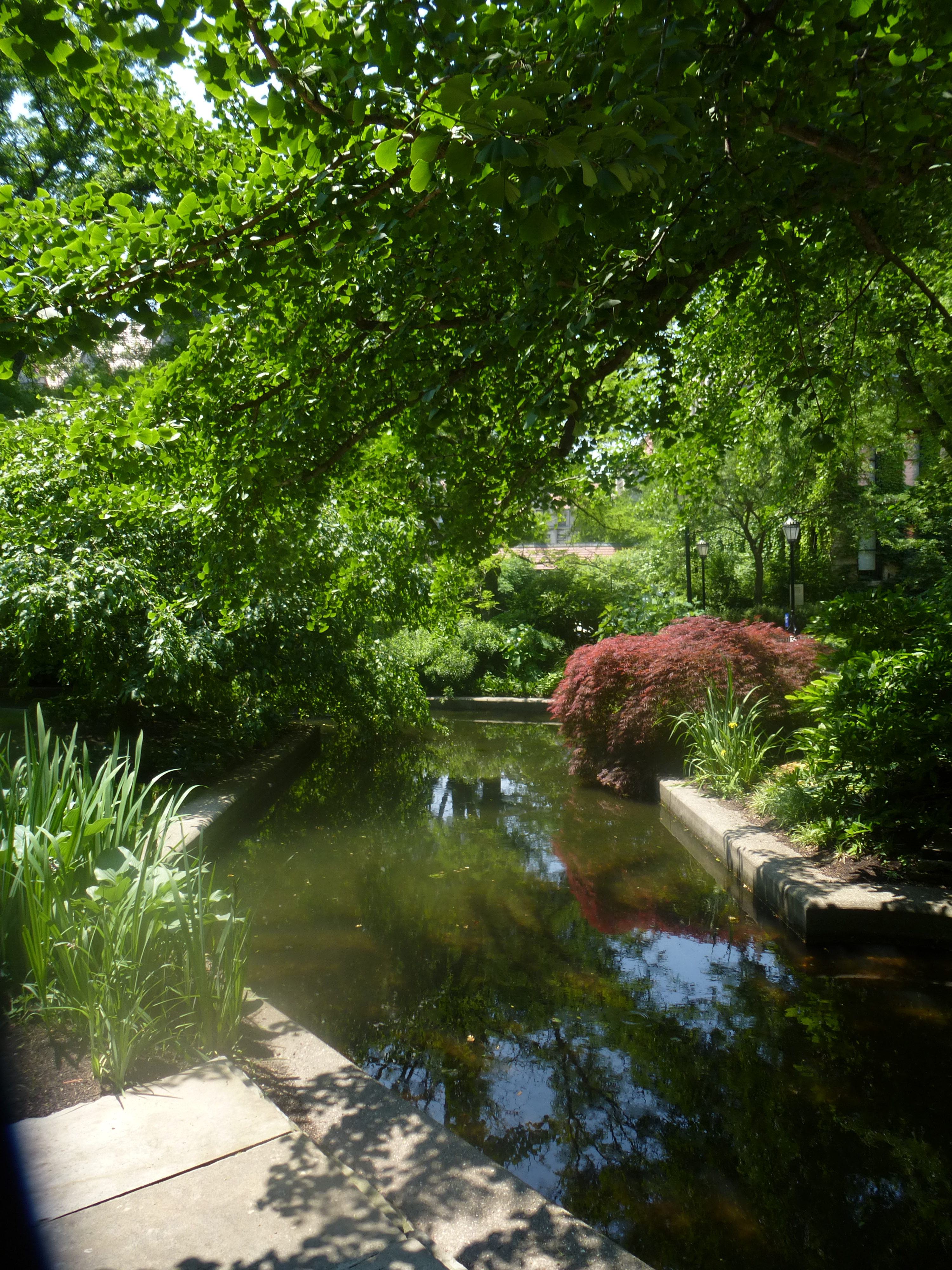 The ducklings are growing, and are getting closer in size to Honey. They’re also shaped like adult ducks instead of round bathtub rubber ducks: 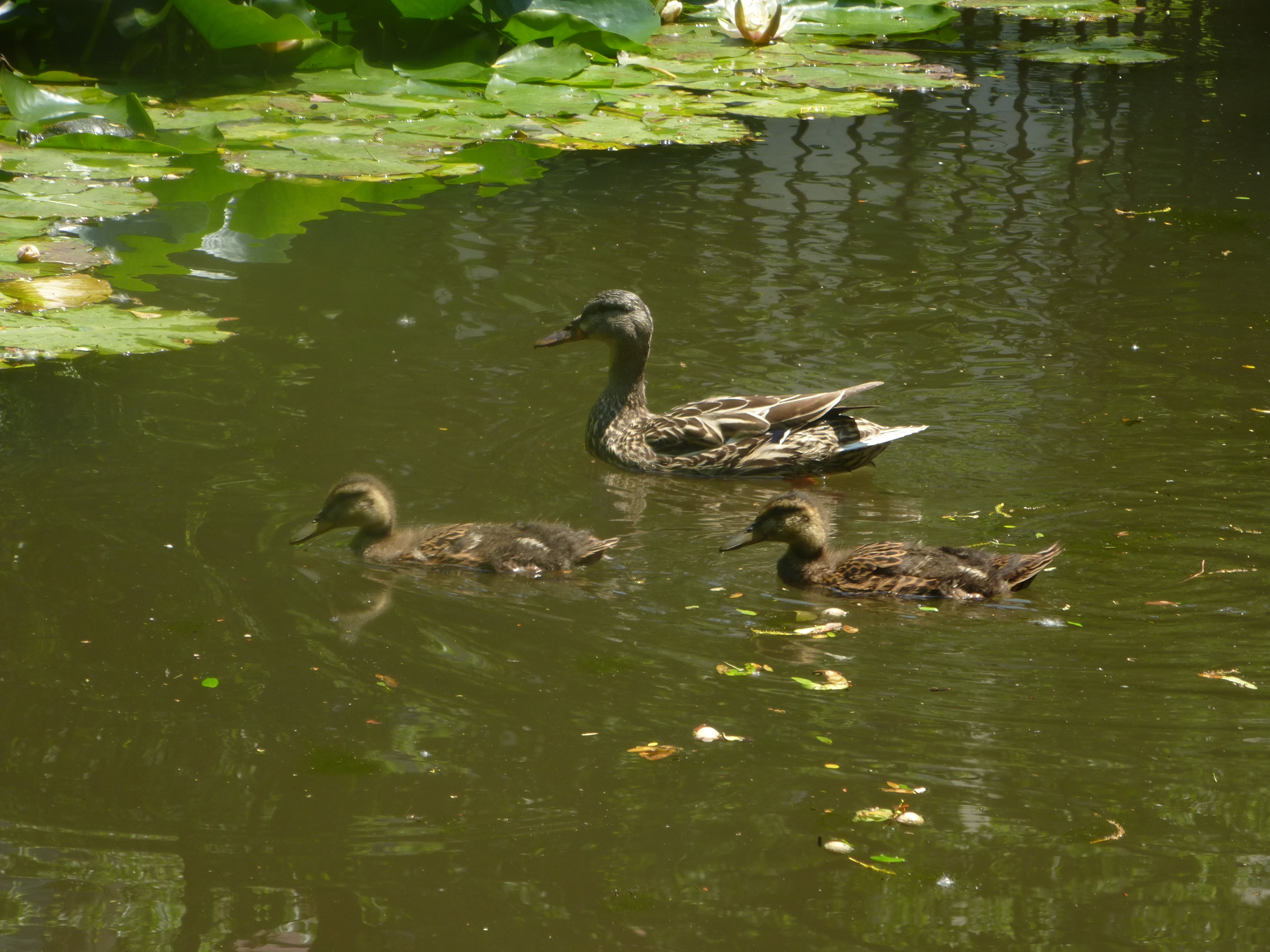 They’re growing their feathers in too, starting from the neck backward and the butt forward. There’s only a bit of yellow down left now; they’re becoming brown ducks: 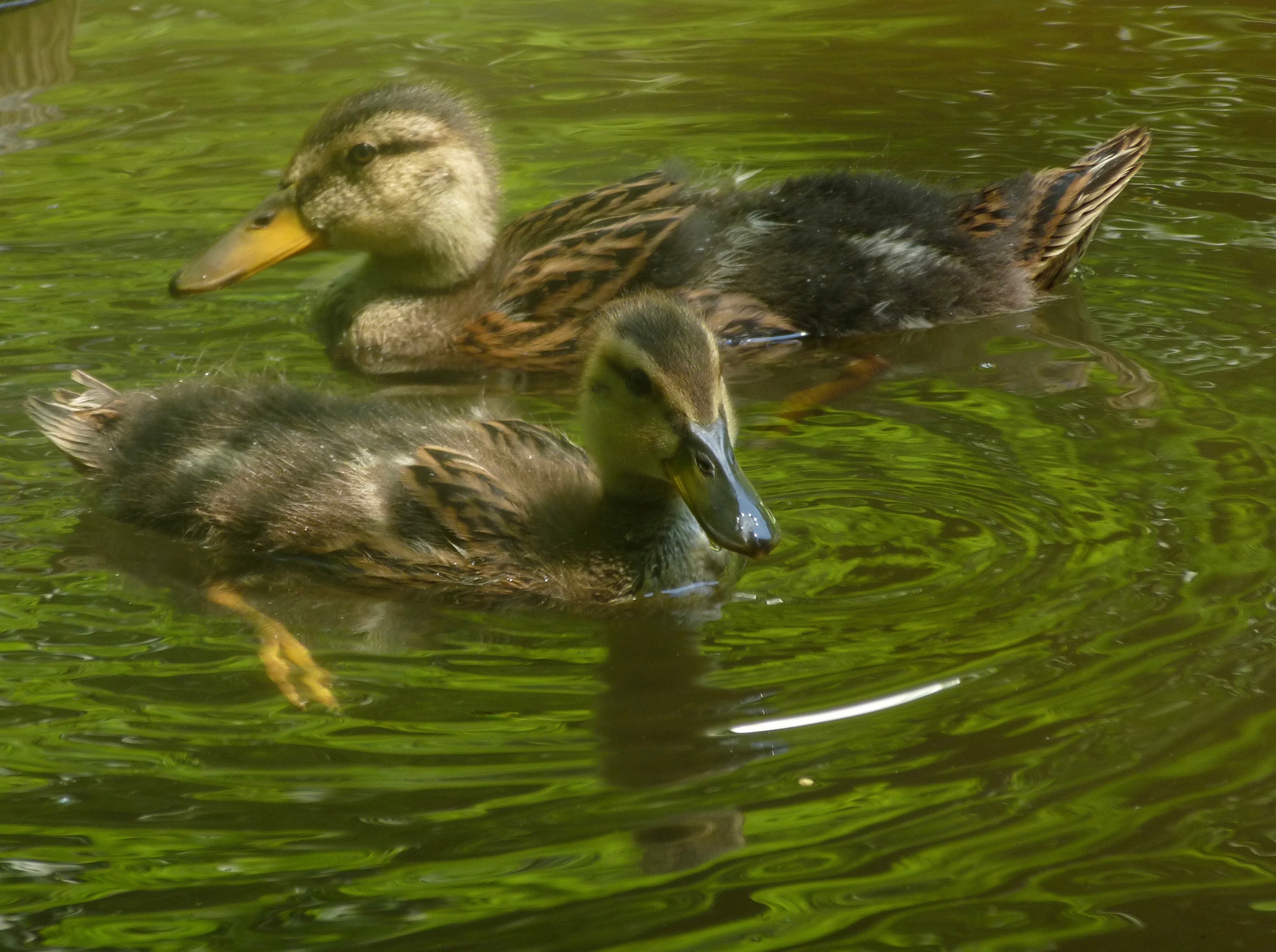 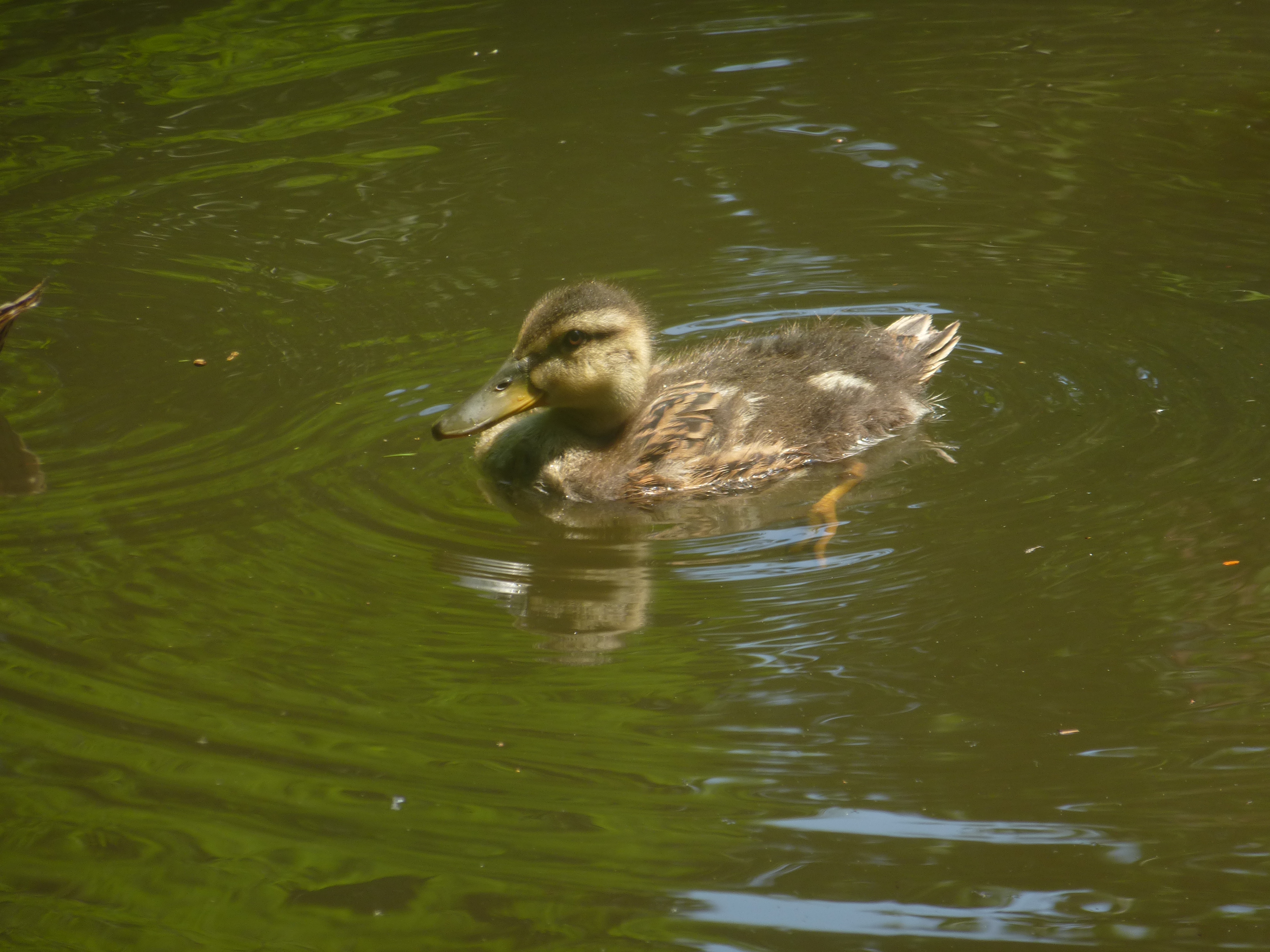 Here’s mom, her lovely appearance marred by a grain of corn that landed on her. It’s like having spinach in your teeth. 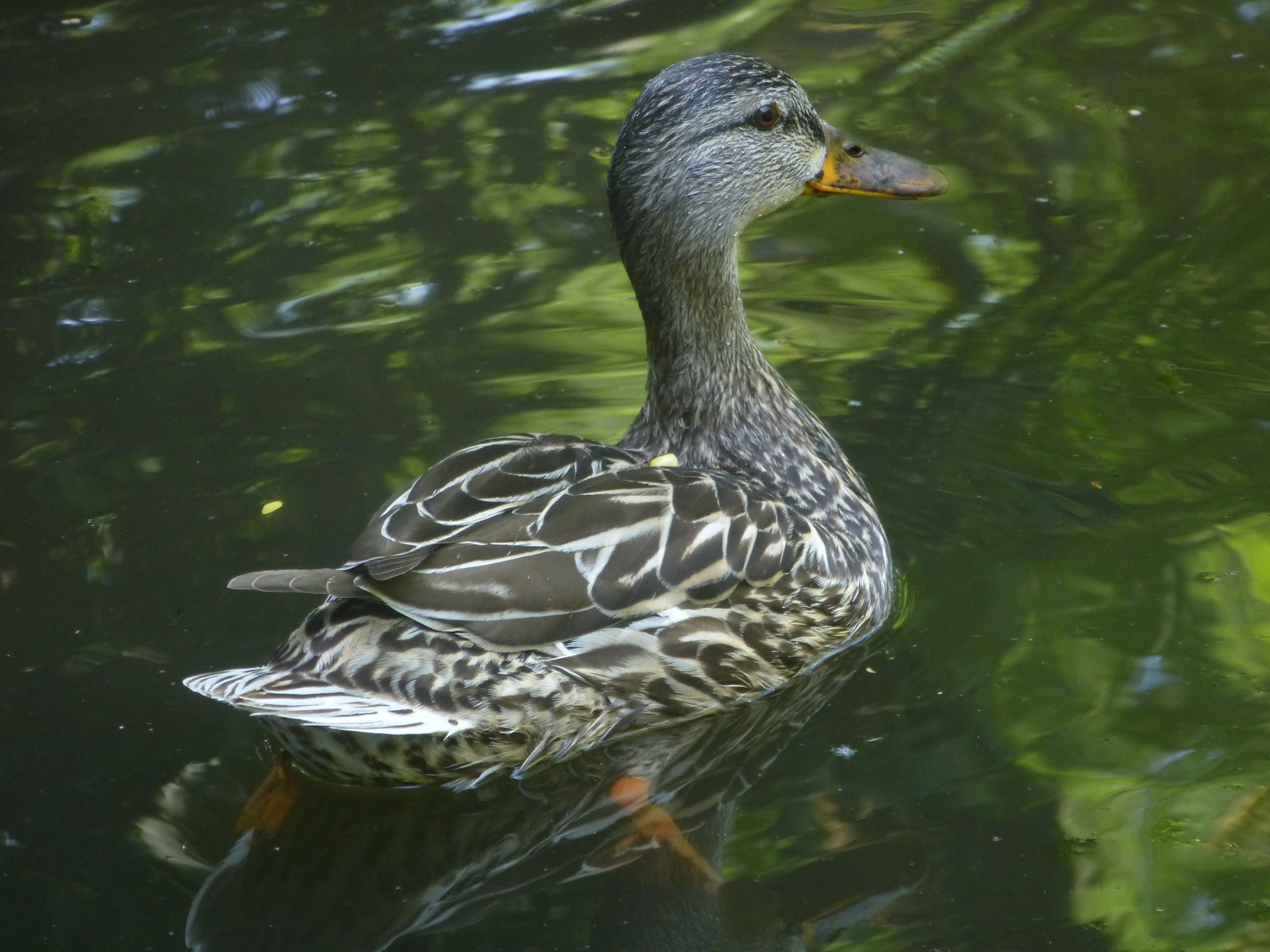 Yesterday the ducklings started to dabble big time, going upside down in the shallow end of the pond where they can reach the bottom for food. I’m not sure whether they learned any of this from Honey or whether it’s instinctive (I suspect mostly the latter), but she observes their dabbling intently: 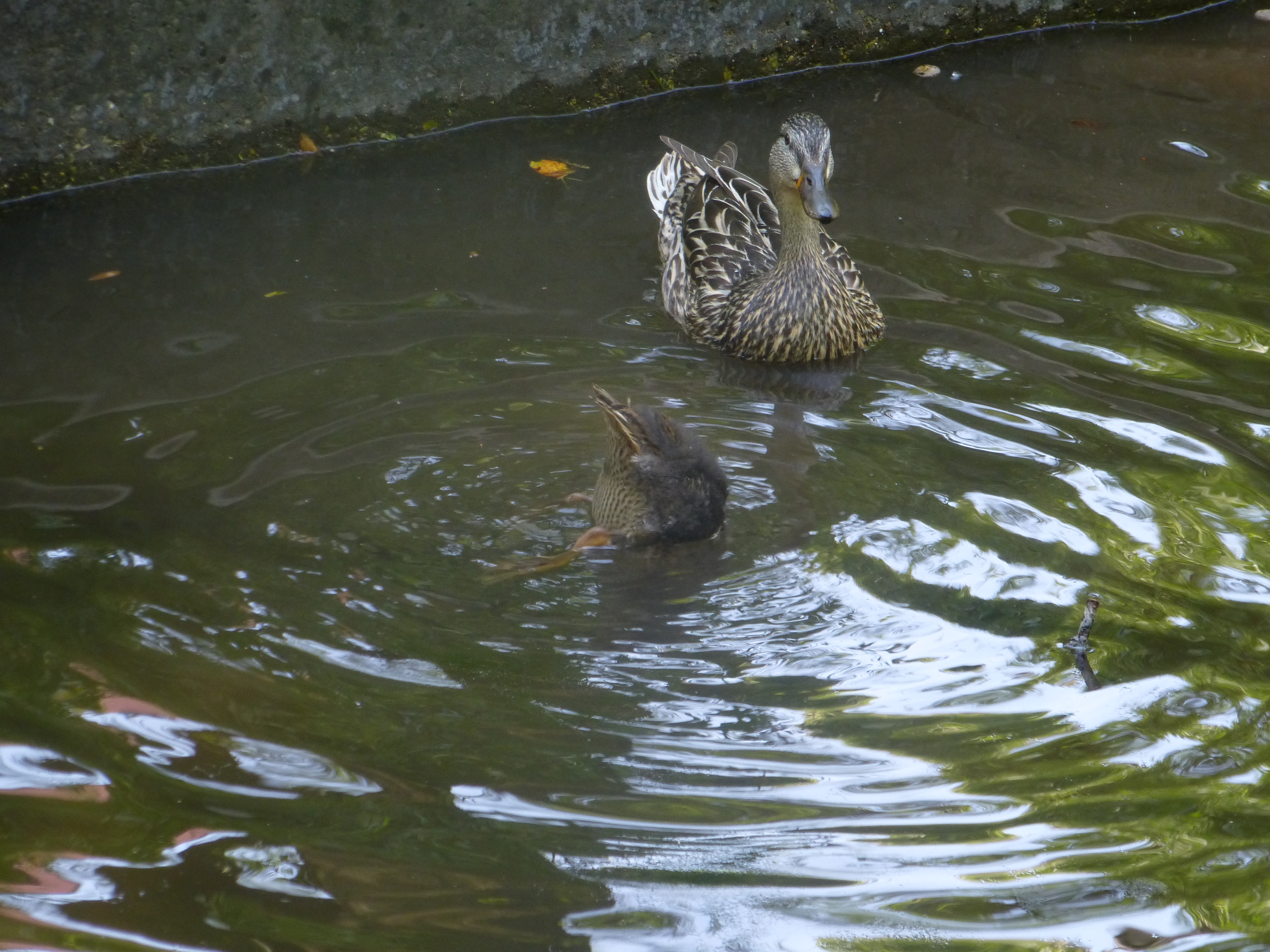 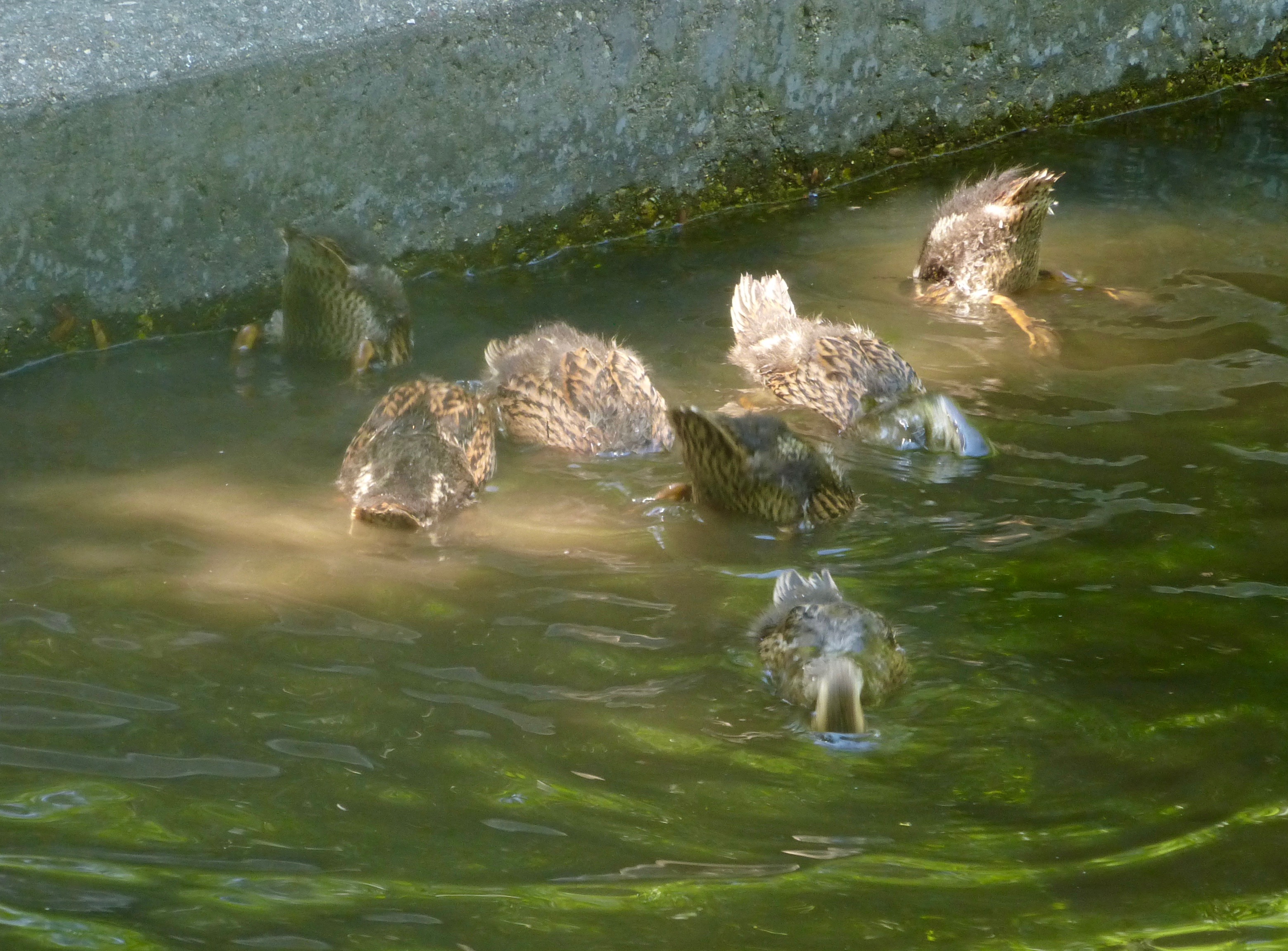