Well, my latest working hypothesis is that the mallard hen Honey is holed up somewhere for a month (she disappeared around April 20), brooding her eggs, which have a gestation time of 28 days. Sir Francis is still holding down the pond awaiting her reappearance, and seems to largely ignore the geese, who eat grass and disdain the corn and peas that Frank gets (he doesn’t eat mealworms). Or so we can hope. I’ve had the pond water level lowered so the ducklings can have a place to rest.

In the meantime, the Canada geese 88K (female) and 92P (male) continue to brood their offspring. They’re allowing me to get quite close so long as I kneel down and remain still. Here are some shots from this morning when 88K was brooding her six goslings under her wings. They eventually woke up and the family begin grazing on the grass.  I’ll accept suggestions of names for this pair, though 88K and 92P have a good ring about them.

I’m told that the goose family was moved two days ago to the pond from the roof of the Chemistry Building (Searle), where they had nested. It’s five stories tall, so there was no way the goslings could get down on their own. Thus The Department of Natural Resources was called to move the family to Botany Pond. When I asked how this was done, I was told that they trapped the goslings and used them as bait to lure the parents to the pond.

Here are some photos:

88K brooding her young beneath her wings and body: 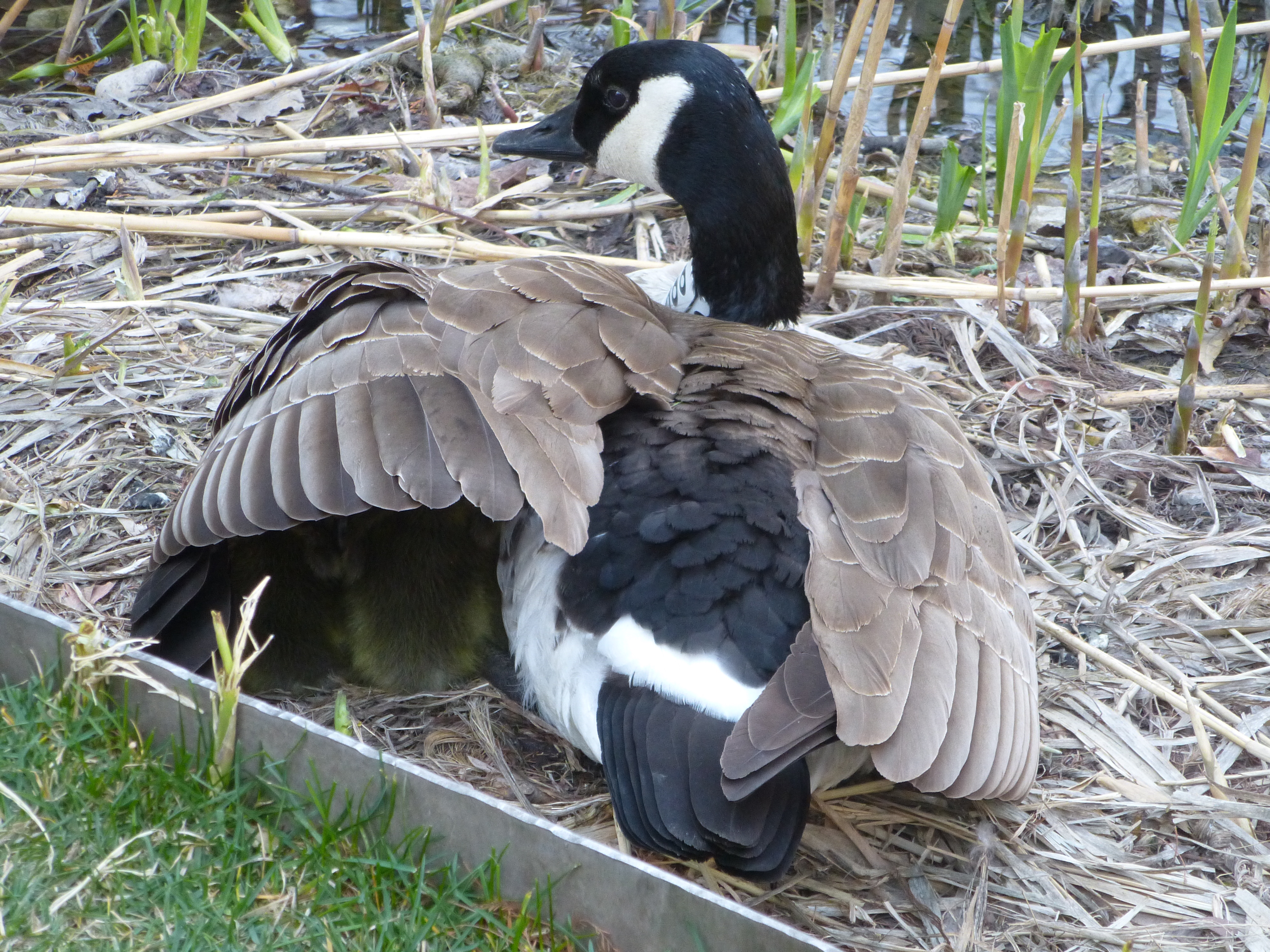 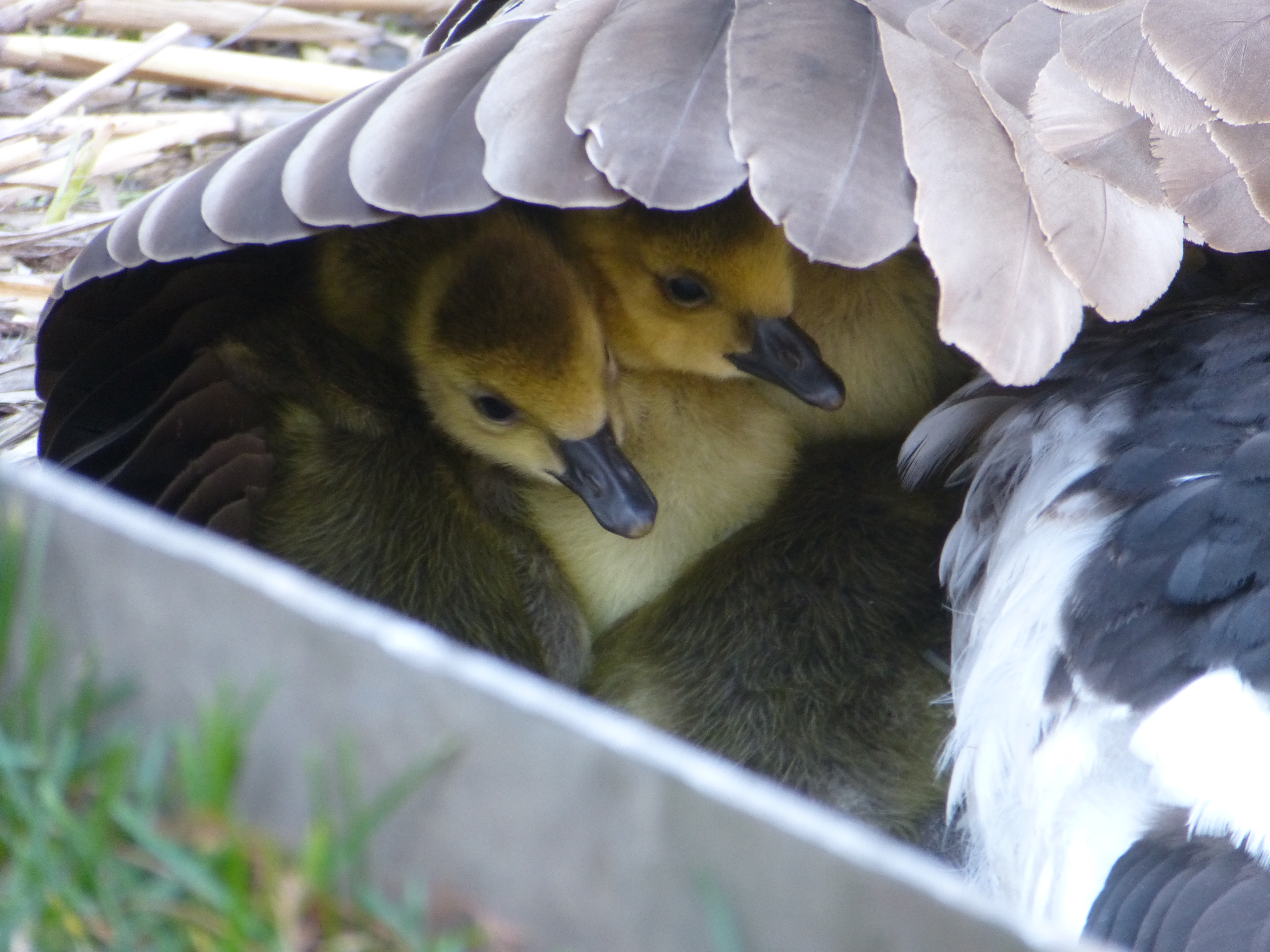 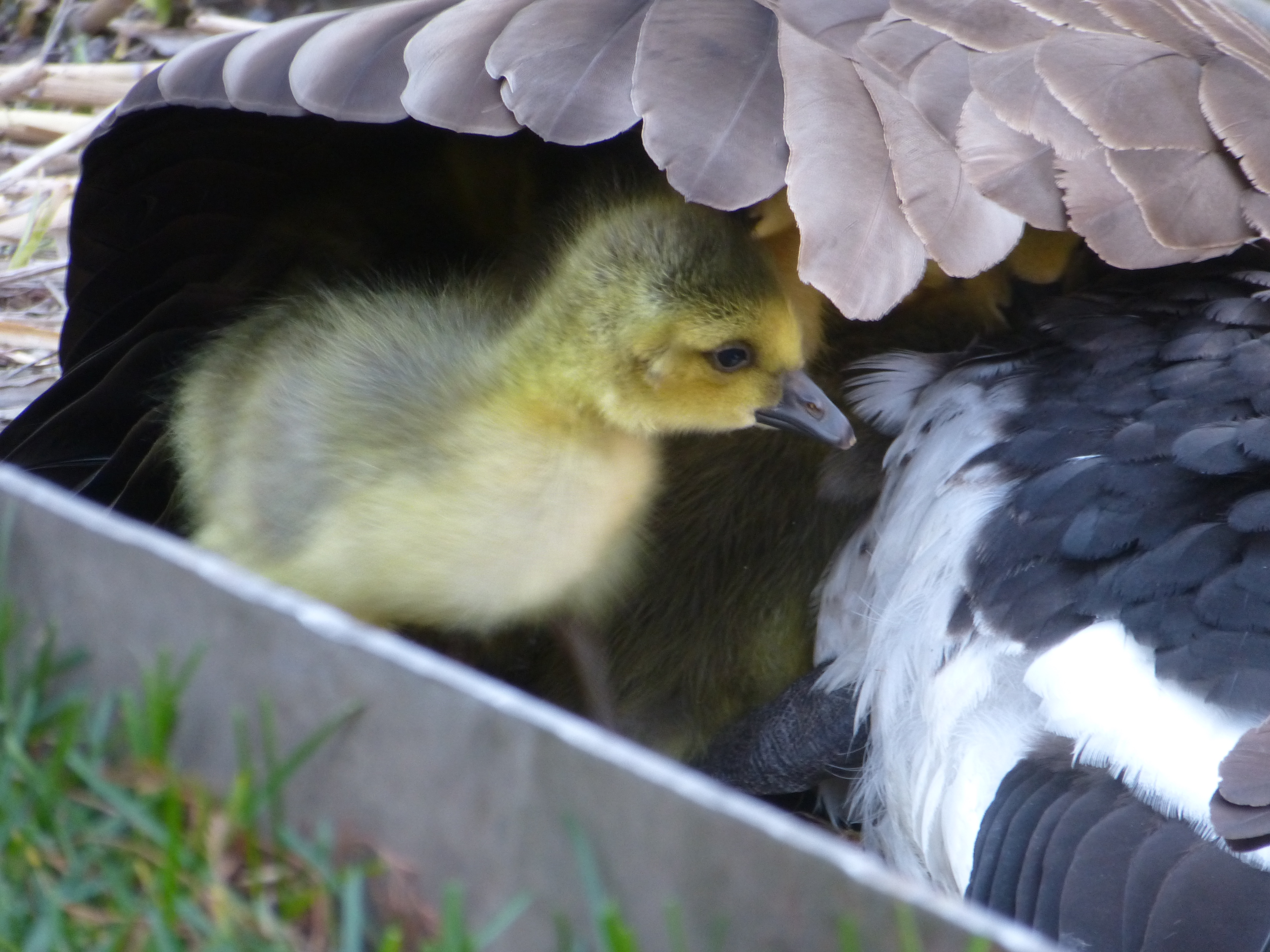 I know geese are noisy, aggressive, and poop all over the place, but I’m still bonding with them. They are, after all, wild birds like ducks, but evolved to behave differently. And they have not been aggressive toward me. Plus they’re beautiful. Here’s the male, who’s larger than his mate 88K. I feel sorry for the adults having to wear that stiff collar: 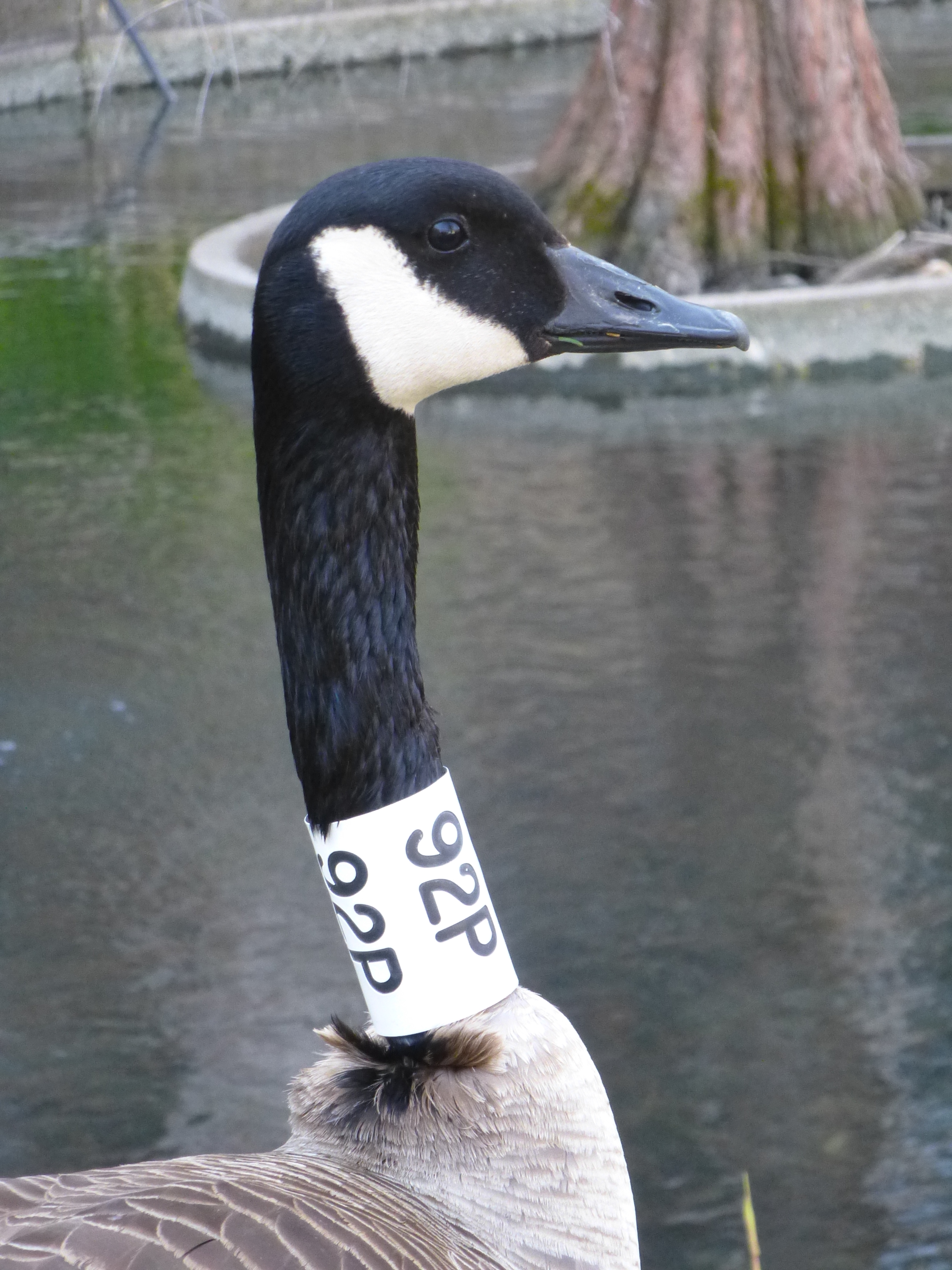 Goslings foraging. They’re eating only grass, though they’ll tentatively peck at the peas. That’s okay; I don’t want them to compete for food with Frank and Honey (if she returns): 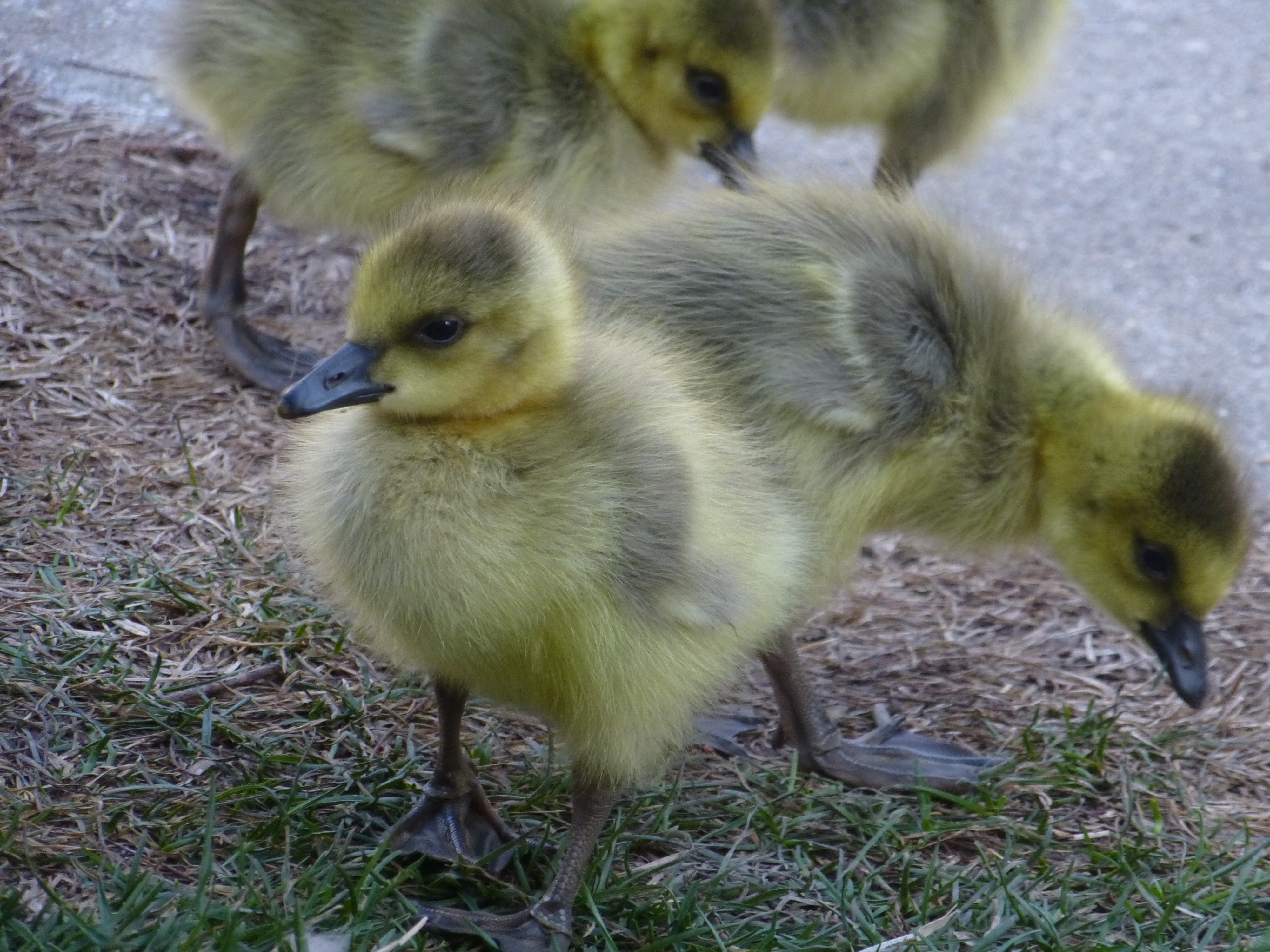 To think these things grow up into those huge, aggressive birds! 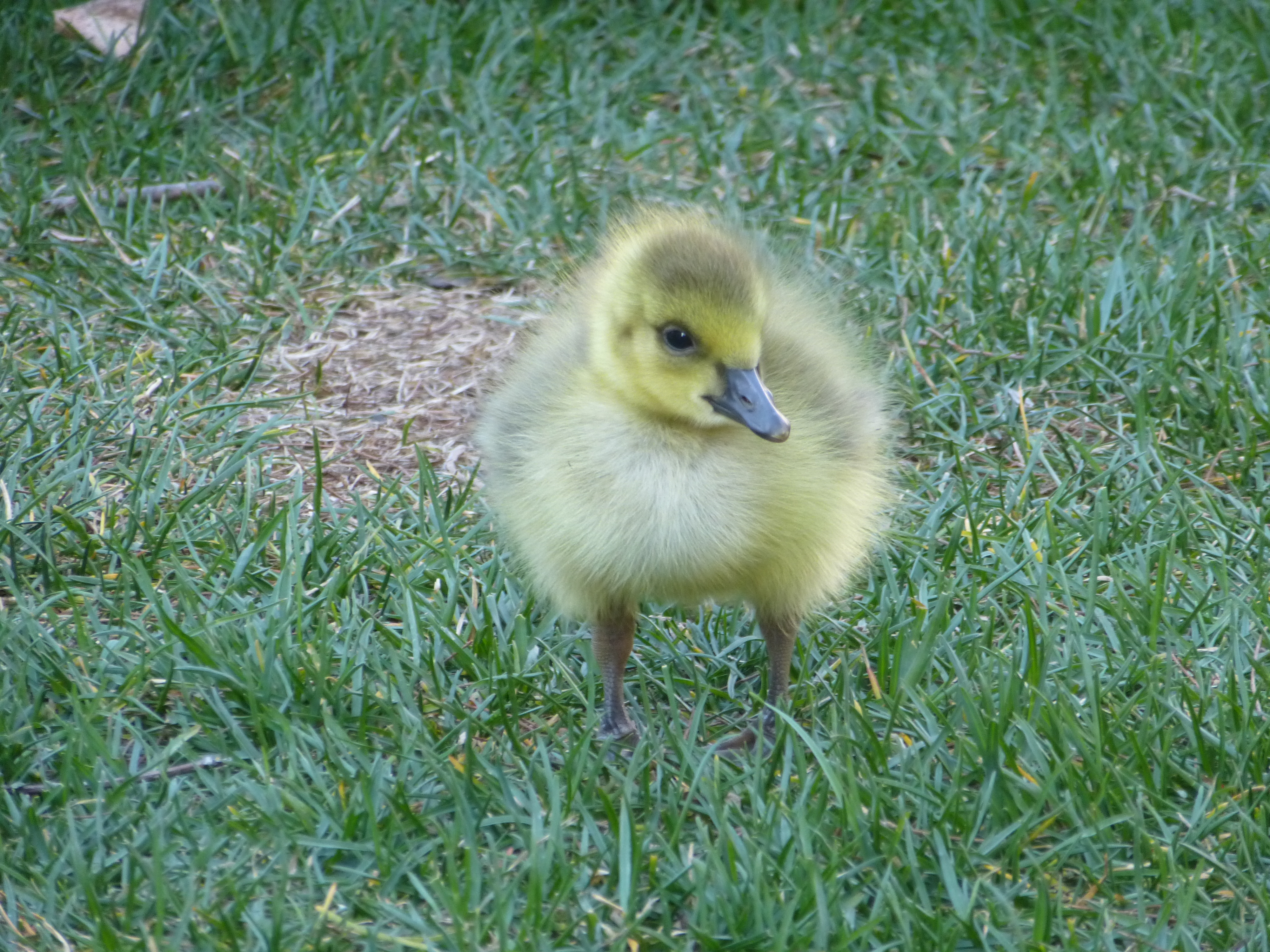 We’ll have to report 92P to the feds so that Anna can get her Goose Spotting Certificate. Here’s his leg leg band that I photographed. Anna went to the pond with binocs this morning and read 92P’s number as 116819974. With both neck and leg numbers, that will get her a certificate for sure! 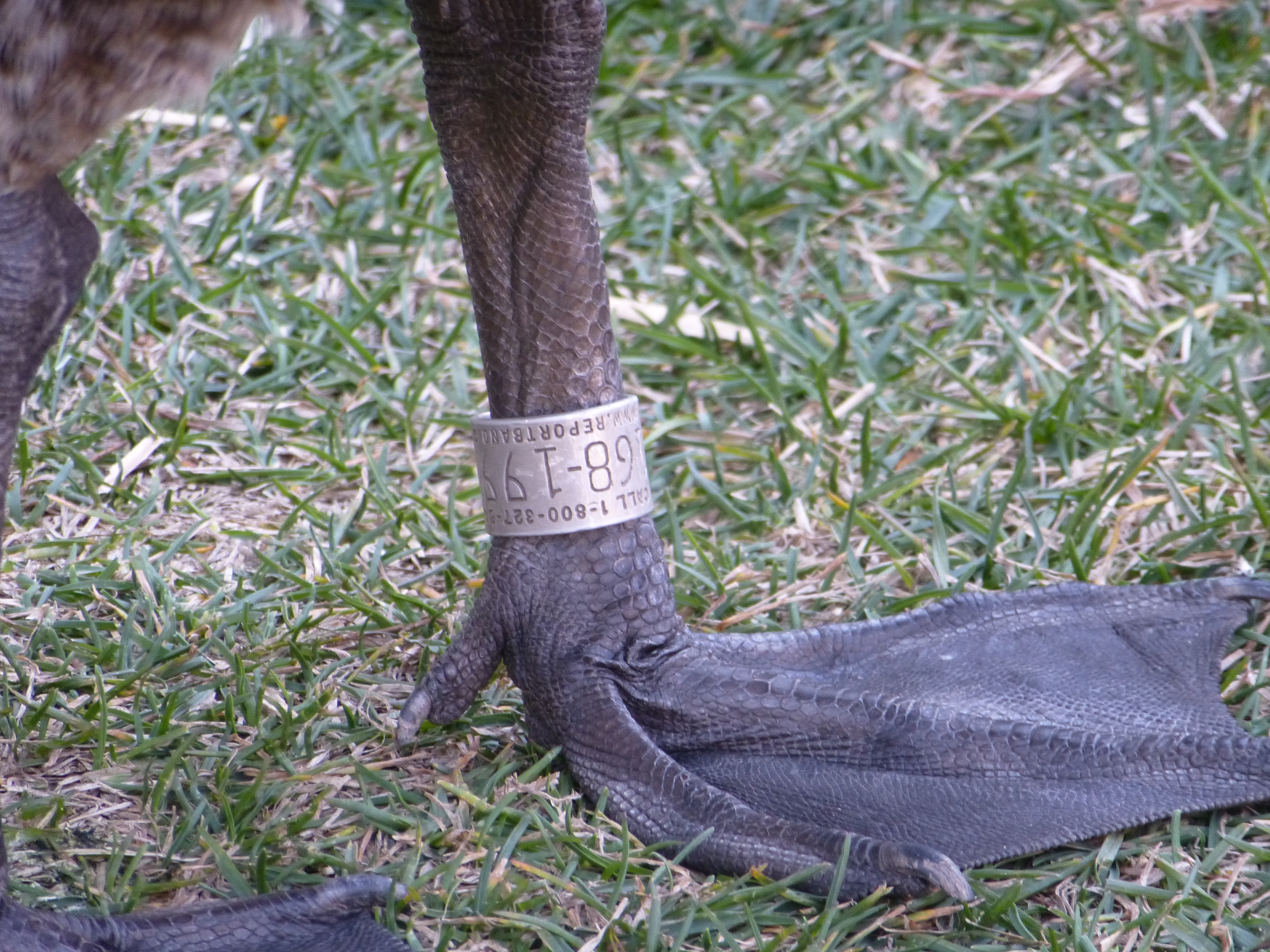