Send ’em in, folks. I still have a backlog, but the level of the tank is draining.

Today we have two contributors who sent bird photos. The first is Karen Bartelt, whose captions are below:

A little mute swan (Cygnus olor) love from central Illinois.  This was a family of six.  One juvenile has a knob on its head, but seems ok.  Spring Lake (southern Tazewell CO), IL. 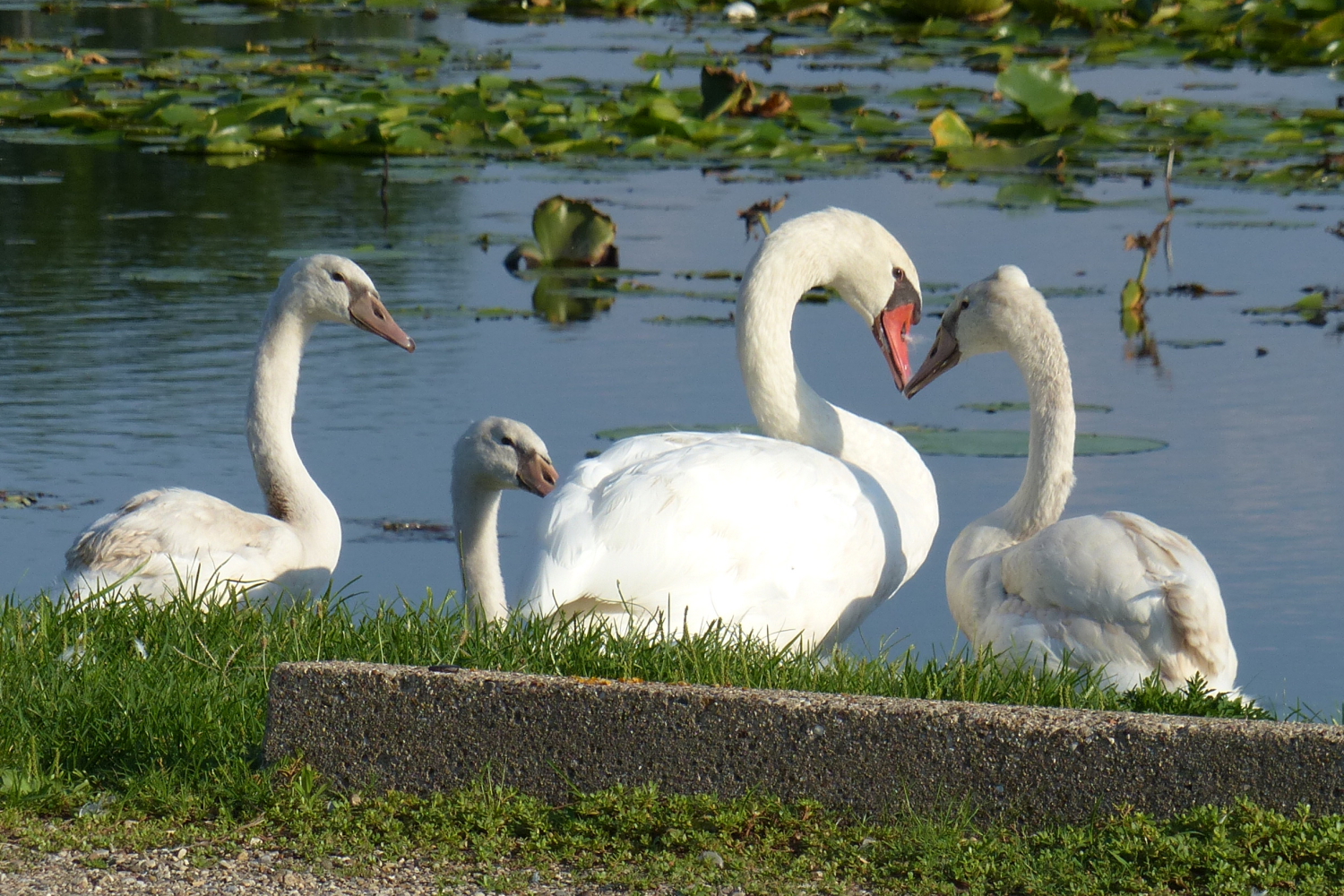 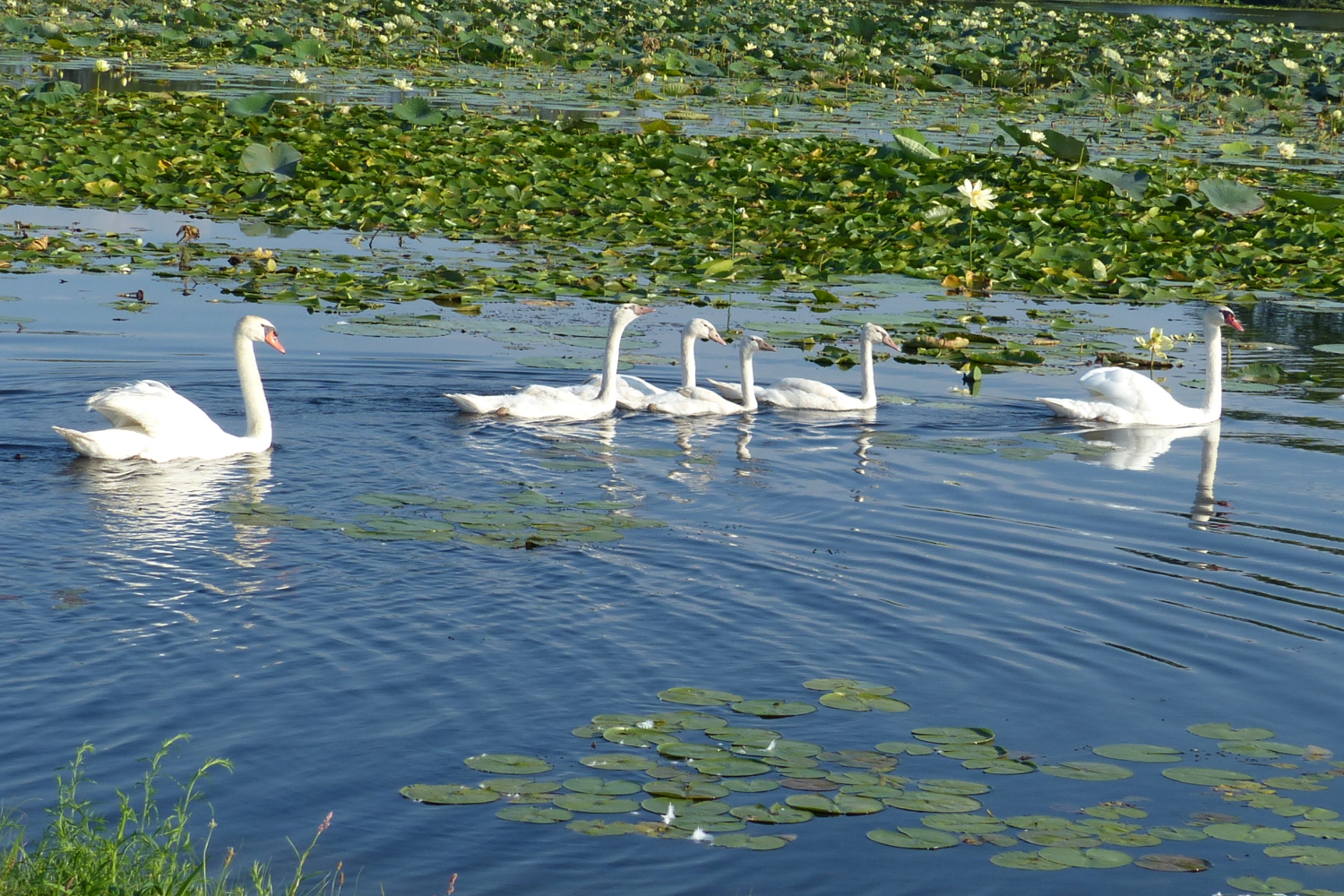 The white pelicans (Pelecanus erythrorhynchos) are migrating south. Chautauqua NWR (Mason Co,IL) had at least 1000 last week (close up).  The second shot reminds me of the old WWII movies and the bombing of Germany or Japan, where hundreds of bombers were overhead.  This shot was taken about 3 miles from my house in Tazewell Co, IL. 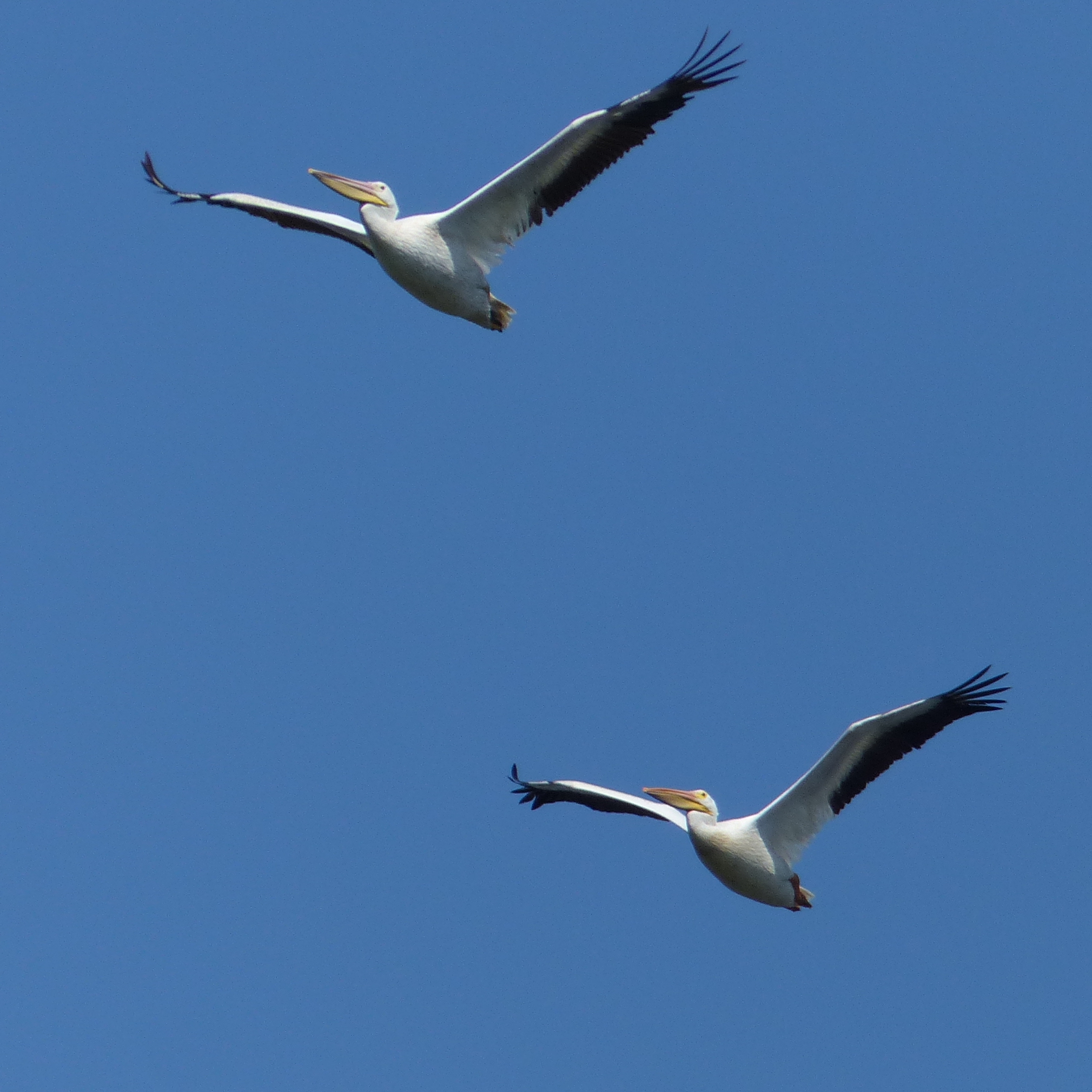 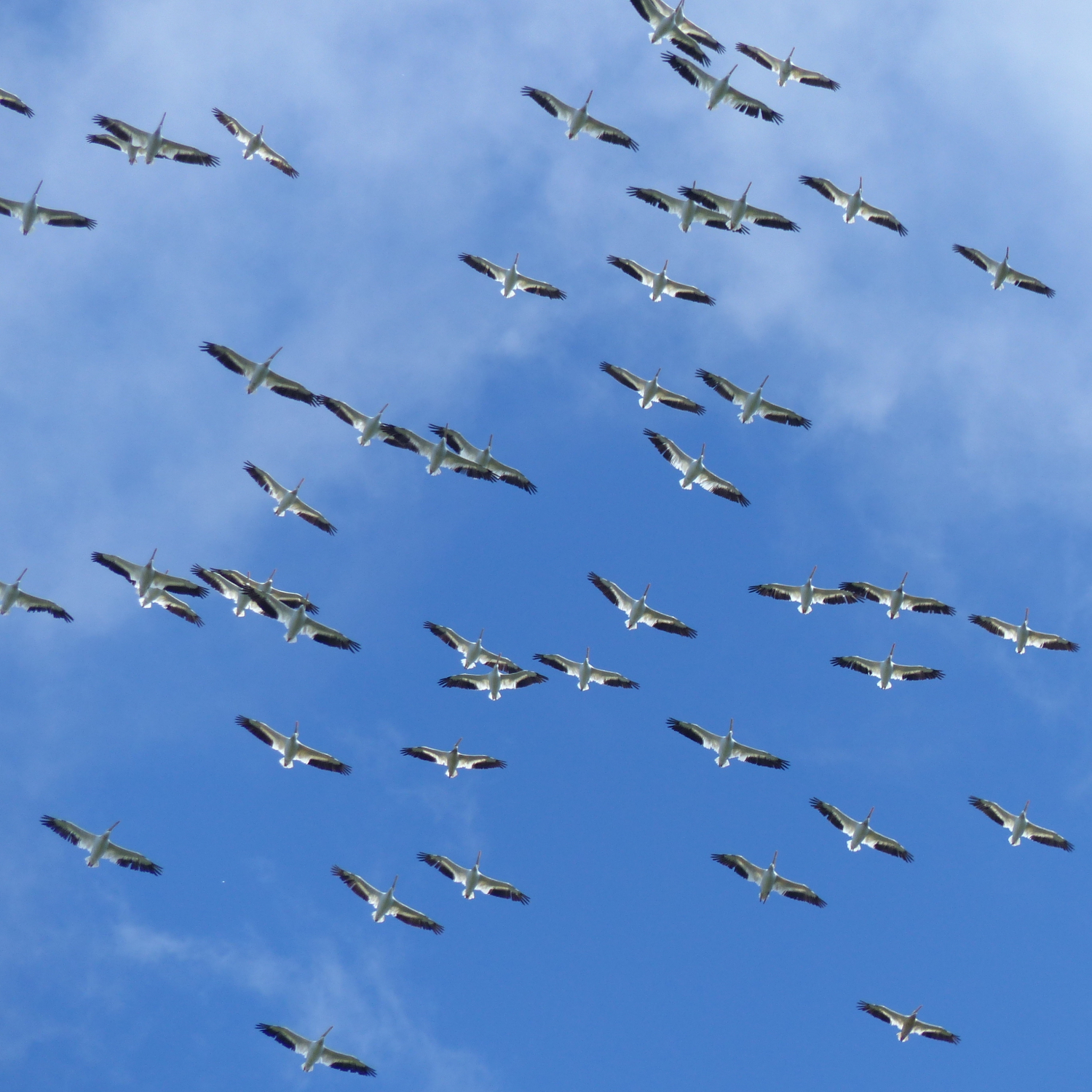 Speaking of bombers, these are from Stephen Barnard in Idaho: 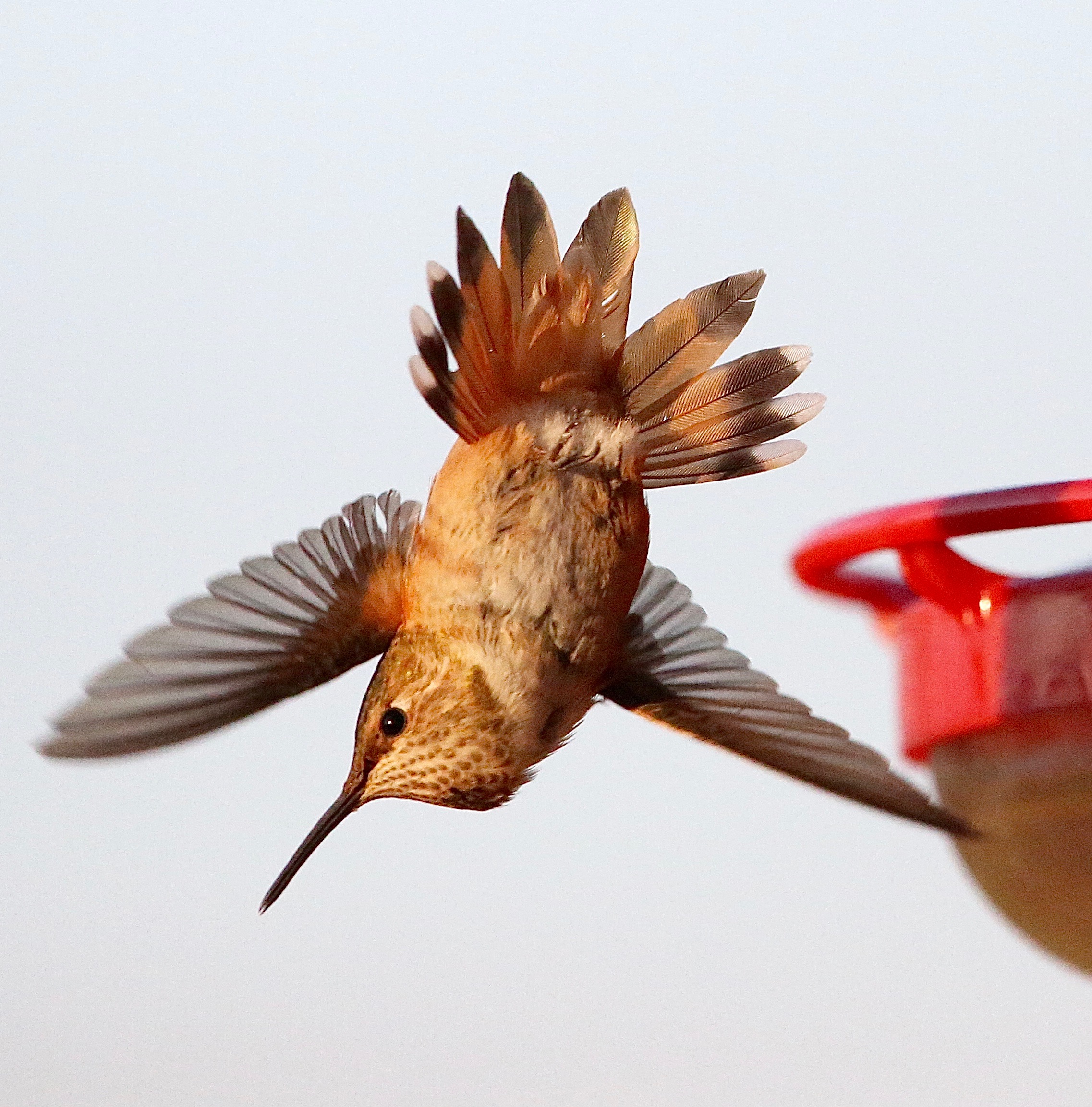 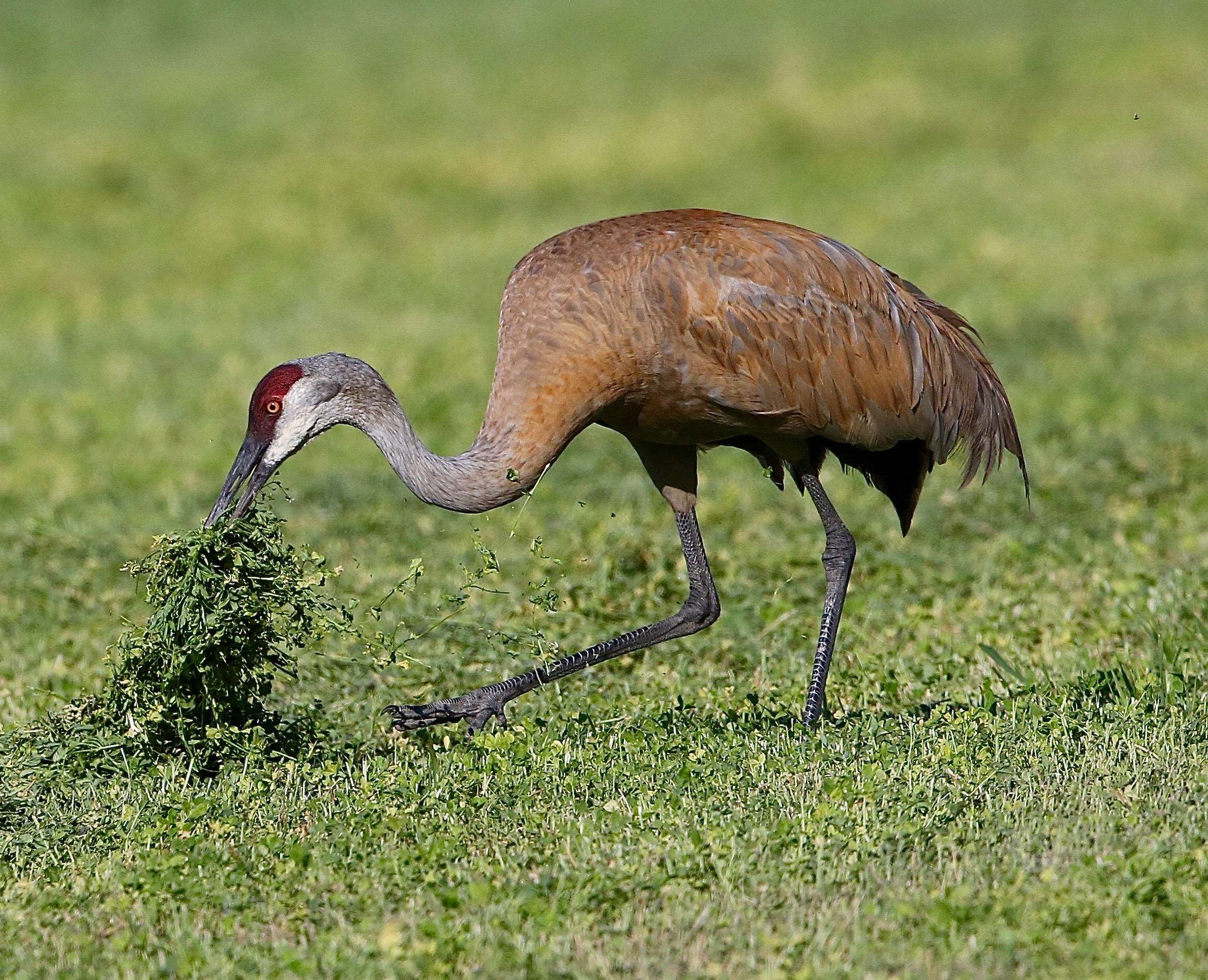