As most of you know, last night there was a special total lunar eclipse, one producing a large reddish”blood moon.” It’s not the red color that was unusual, for that occurs during all lunar eclipses (it’s due to the scattering of reflected light by our atmosphere), but that the moon was at its perigee: the lowest point in its orbit, so it looked a tad larger. Timeanddate.com describes the rarity of these “supermoons”:

The Guardian has a whole photo gallery from around the world. But Reader Randy Schenck sent photos of the whole event taken from his home in Iowa, one of the places where the eclipse was most visible on our planet. His notes:

The following eight pictures were taken with the regular DMC-FZ200 to record the eclipse.  Started with the full moon before the eclipse began at 7:27 pm. central daylight time as the moon came up in the ESE sky.  It was a clear and perfect evening for this viewing.  . 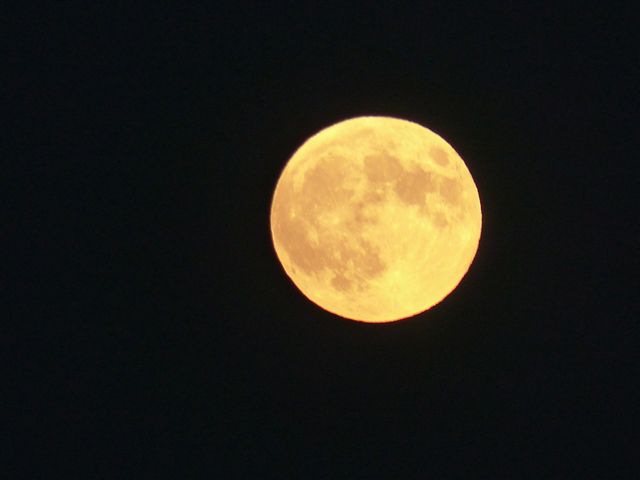 The next seven pictures were after the eclipse started as follows: 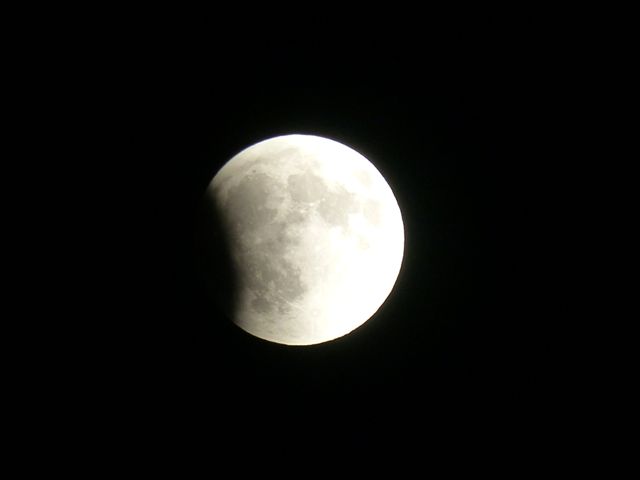 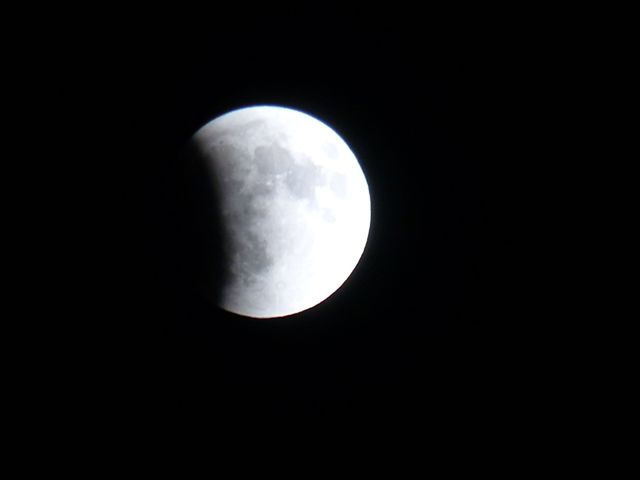 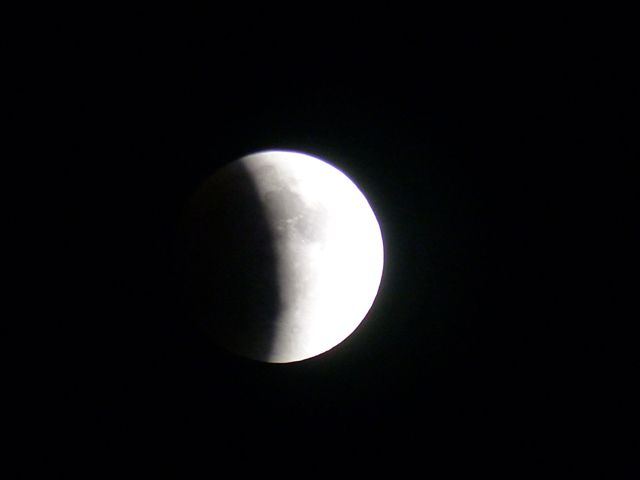 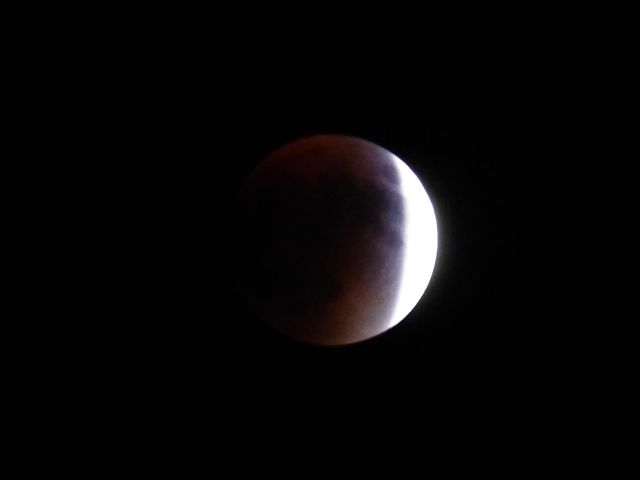 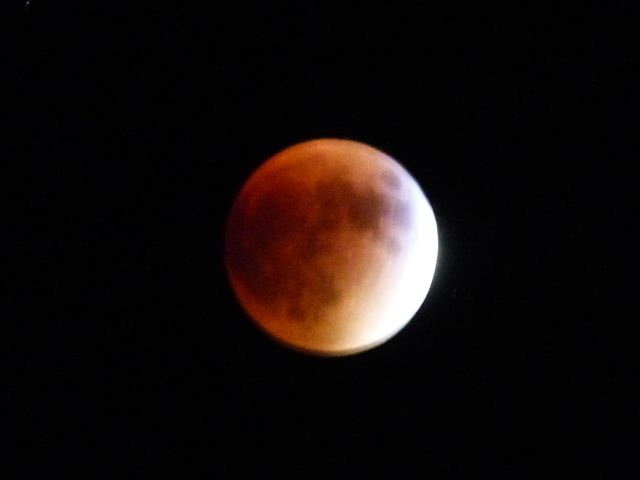 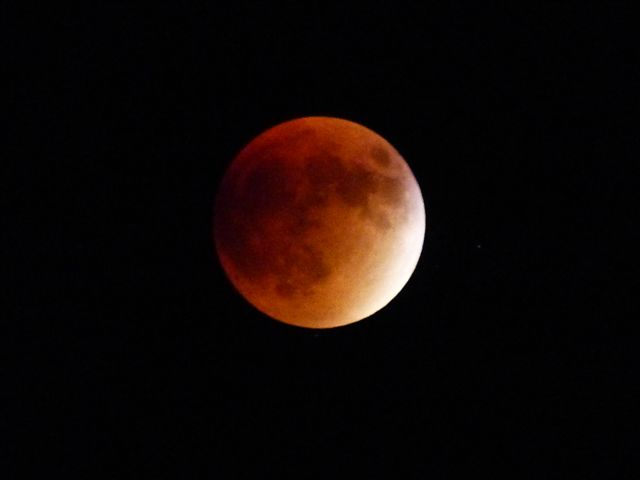 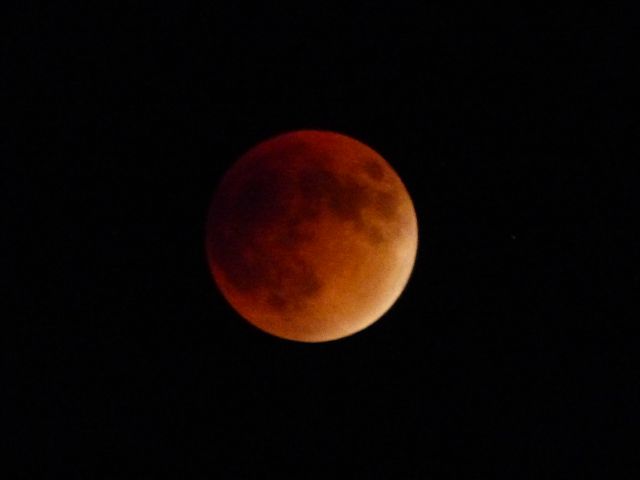