Reader MakingBelieve sent a photo and some commentary. It’s just WRONG to combine cats and woo!

I was visiting Ottawa, ON when a car pulled in along side me with this placard on the side. The cat picture caught my eye but I was not impressed with what this woman was using it for.

I checked out her website and there’s a whole world of silliness on offer. I hate to see people fleeced for cash they might not be able to afford just because they lost or are losing a beloved pet. 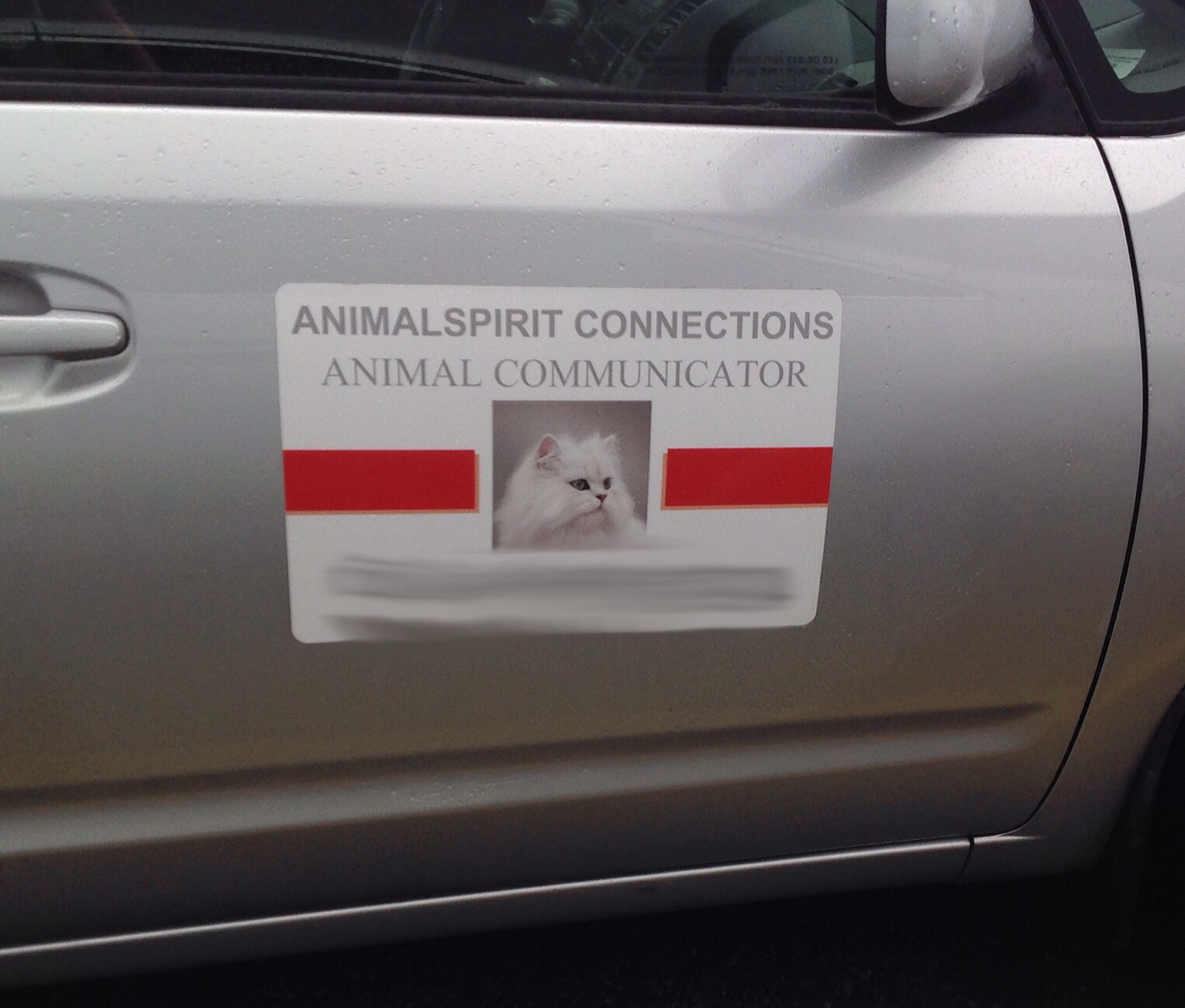