On January 15 I announced that the prestigious Crafoord Prize in Biosciences was awarded jointly to my Ph.D. advisor Dick Lewontin and Tomoka Ohta for their work on genetic variation in natural populations. (See the press release here.) I am pleased to present the photographs of the May 6 ceremony in Stockholm, in which the King of Sweden (who of course also hands out the Nobel Prizes), gave the pricey gold medal to Ohta and to Lewontin’s representative, my friend Andrew Berry (Lewontin couldn’t make it).  There’s also a handsome check: about $500,000. A few details about the Prize from Wikipedia:

According to the Academy, “these disciplines are chosen so as to complement those for which the Nobel Prizes are awarded”. Only one award is given each year, according to a rotating scheme – astronomy and mathematics; then geosciences; then biosciences. A Crafoord Prize is only awarded when a special committee decides that substantial progress in the field has been made.

The King gives the prize to Berry: 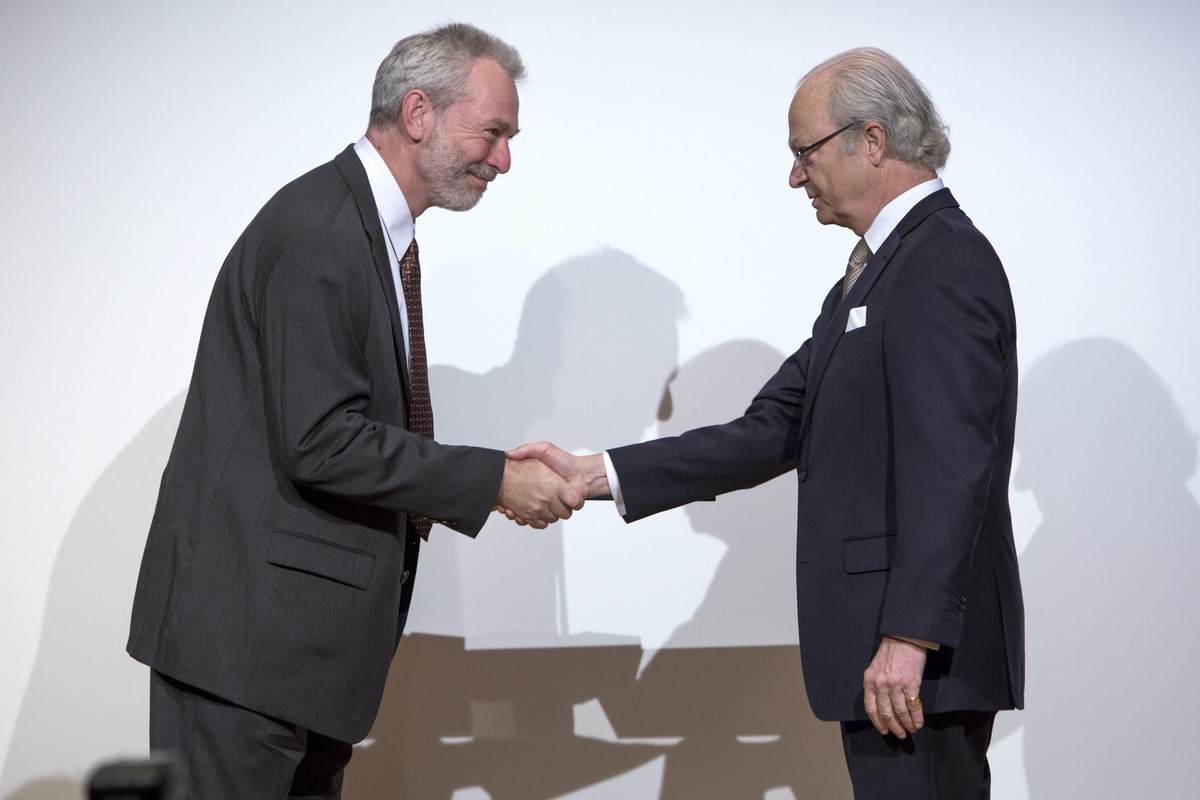 Berry then  conveys the prize to Lewontin at Harvard, with Dick showing proper humility: 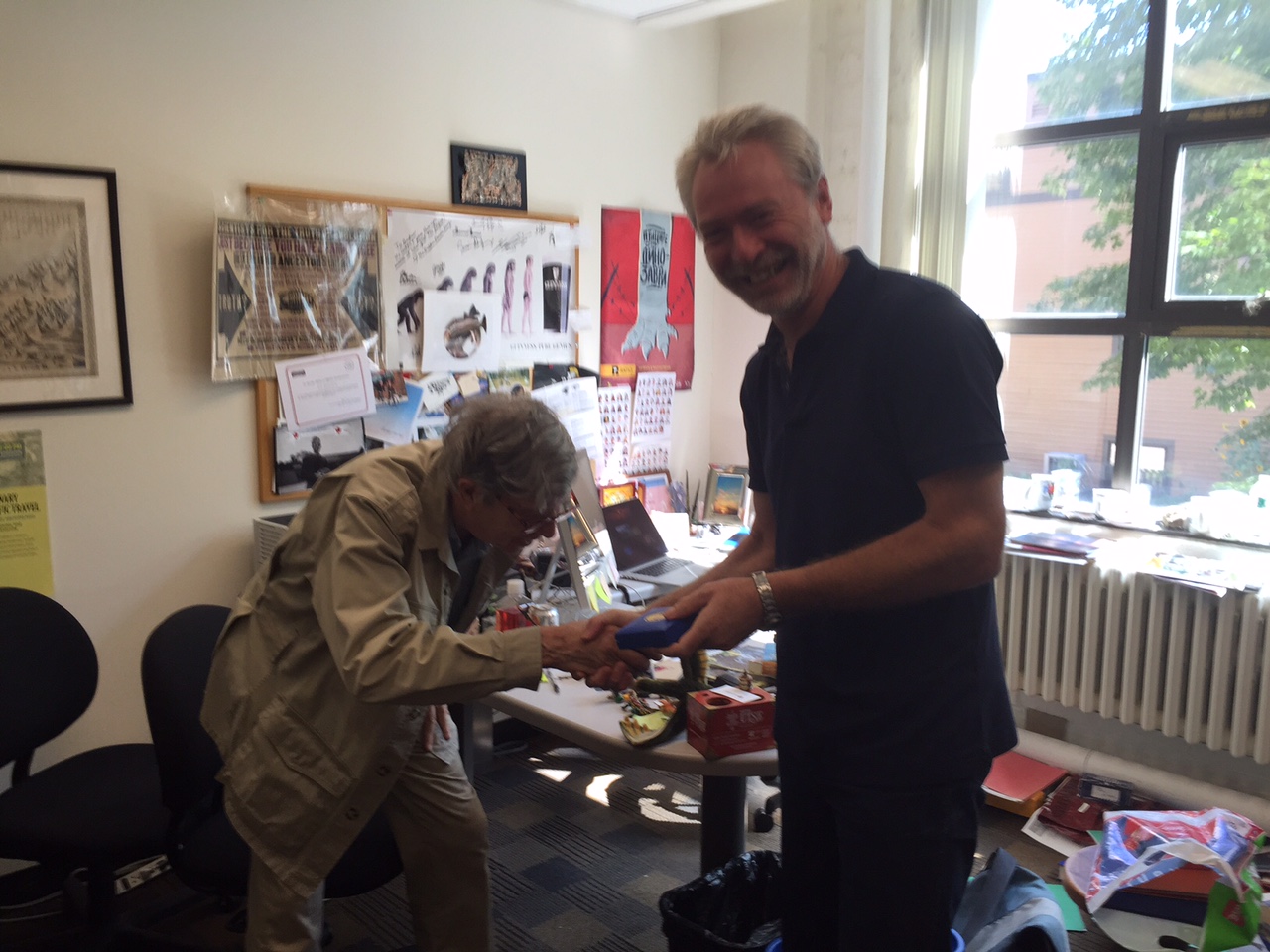 The King gives the prize to Ohta: 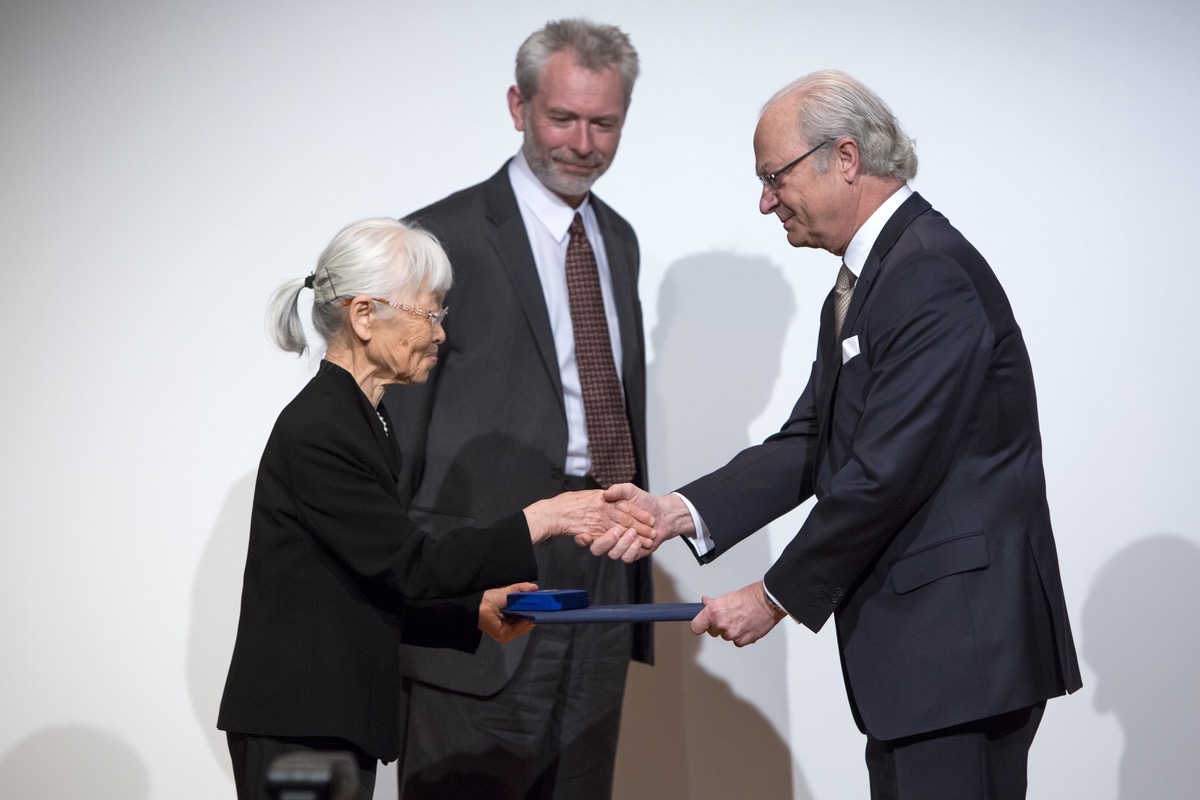 Ohta and Berry; as Andrew said, “between us Ohta and I are a pretty good embodiment of human polymorphism”: 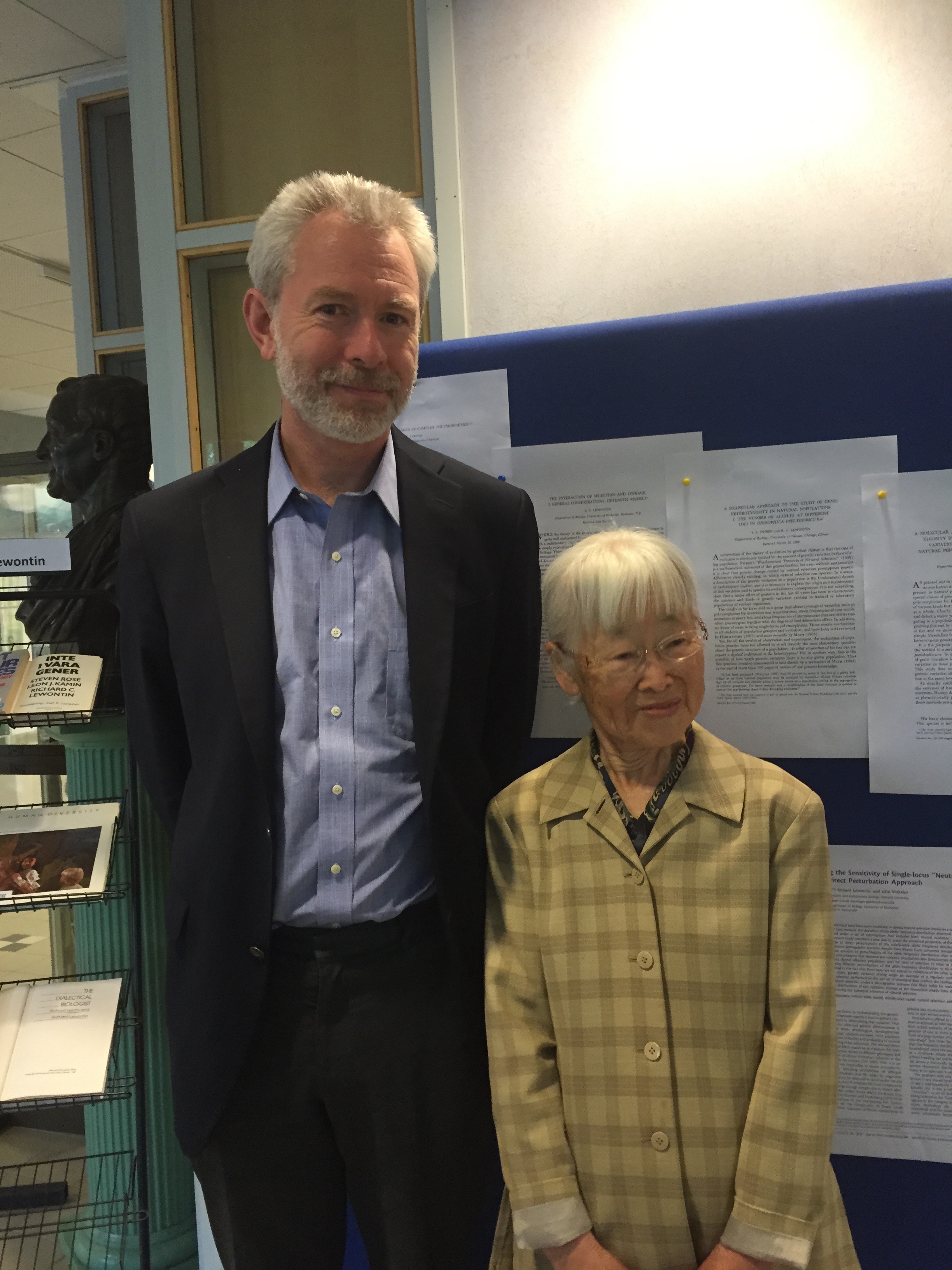 21 thoughts on “Exclusive pictures: the Crafoord Prize in Biosciences”