Boing Boing ran an article a couple of weeks ago on the Ayam Cemani chicken, mostly because it is all black but also because it makes for a really expensive dish if you want to eat one. Chicks retail at $199 each and Wikipedia observes that an individual bird can go for $2500.

Although the eggs are white, the flesh of the bird is completely black due to a dominant allele that causes hyperpigmentation called Fibromelanosis. The genetic basis of fibromelanosis has actually been studied at Uppsala University, and they note:

[A]ll fibromelanotic breeds carried the exact same very unusual mutation….This is a nice example of how humans have distributed a single novel mutation with an interesting effect when they developed breeds of domestic animals around the world.

It appears that they originated in Java, Indonesia and have spread through Europe where there are now several varieties.

If you’re thinking of getting your own hyperpigmented chickens (there’s a farm that sells them here), be warned they are notoriously bad at hatching their own broods. It seems like a lot of money for having an Addams Family-style Gallus gallus domesticus running around in your yard, but you can eat the eggs and they will look like normal hen’s eggs and not like Nibbler-esque leavings of Dark Matter. 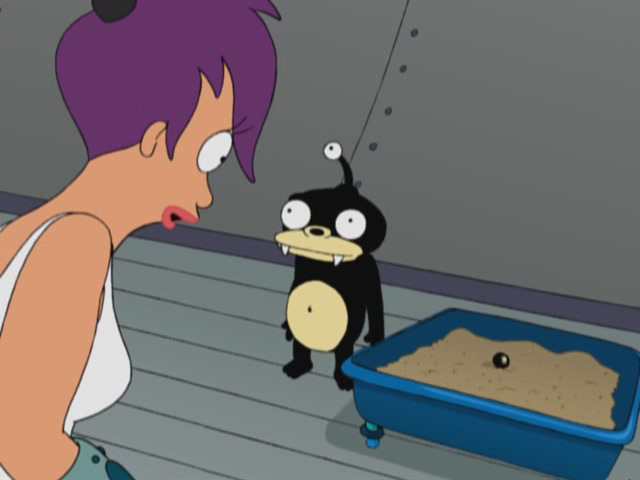 If you do decide to eat one at least you will be able to say to your friends tastes like chicken and get a weak grin out of it.

[JAC: I wonder how many people wouldn’t even be able to eat a black drumstick because of its off-putting appearance.]

25 thoughts on “Deep into that darkness peering: an all-black chicken (with all-black meat)”