Jerry insisted that if I did nothing else while he was away, I should ensure that Caturday was posted religiously. This is an Important Thing. And so without further fanfare, Caturday felids.

The Dodo reports on a cat that may have mistaken a moose for a squirrel. Easy to do, I’m sure. Ginger the cat was eventually disabused of the notion. 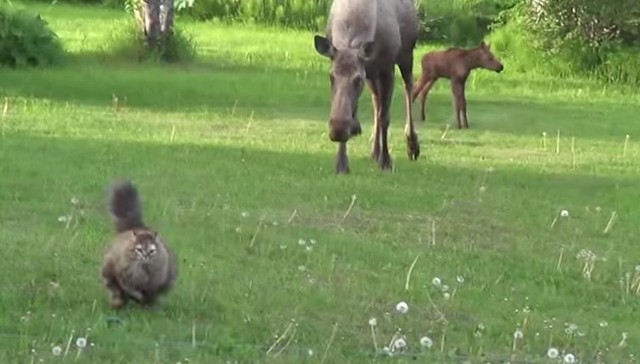 That’s at least half a life gone. Click though on the link for a video chronicling the meeting.

The Alamo has a new Official Cat. Her name is Miss Isabella Francisca Veramendi de Valero, which is quite a lot of name for a cat. She has taken up her duties after the previous regent passed away last year. More photos are available if you click through on the link. Of course, it involves humans doing the yoga and cats watching the humans cautiously. It’s not done to display too much enthusiasm for anything if you are a cat. Except salmon paste. Or in the case of my cat Trinket, an entire bowl of soured cream intended for human consumption.

And then, just to show that anything you can do I can do better, Cat wins hero dog award!

The cat Tara won the award for body-slamming an aggressive dog who had attacked her autistic 6 year old charge and chased it away. Still, cats and dogs can be friends. 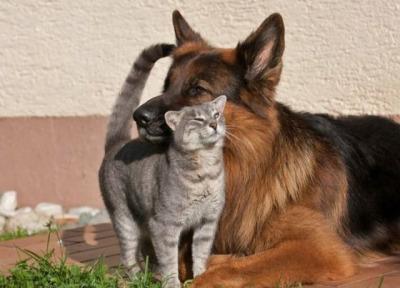