We have another felid trifecta today for you lucky readers. I’ll put the lagniappe first: a picture from the local Greenville newspaper than I read at breakfast. When I opened the front section, there was a photo of the Clemson Tigers basketball team playing Syracuse on January 17. Here it is—with a GIANT CAT HEAD! 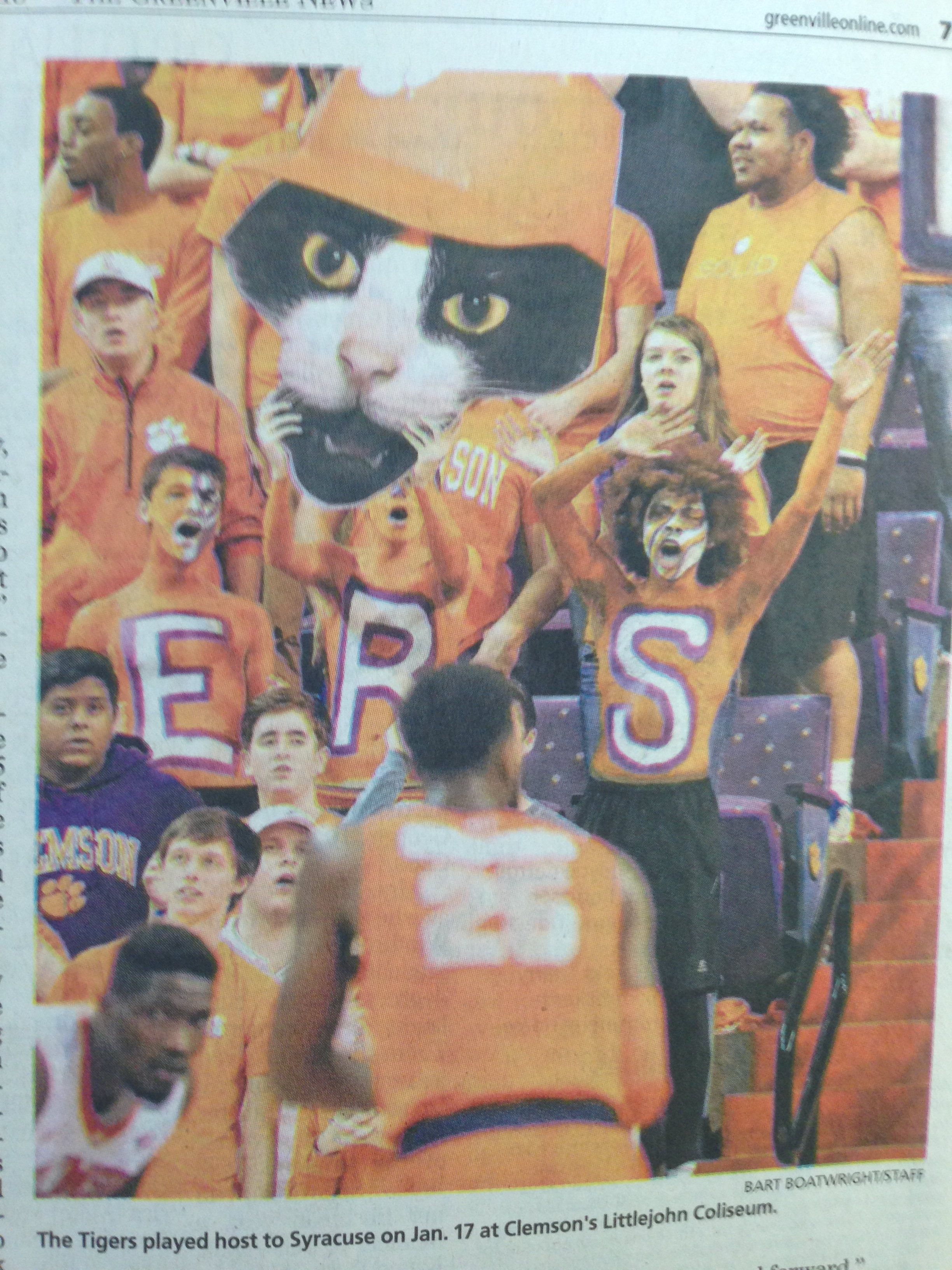 At least half a dozen readers sent me the heartwarming story of the Polish Nurse Cat, recounted here at Mashable:

Rademenes, a black cat who lives at the shelter in Bydgoszcz, does the important work of providing comfort and companionship to animals undergoing medical treatment. Duties include gently resting on top of recovering cats and spooning canine patients.

Rademenes came to live at the animal shelter after his original owners brought him in with an inflamed respiratory tract, and feared he was too sick to make a recovery, Polish news channel TVN Meteo reported. But veterinarian Lucyna Kuziel-Zawalich took a liking to the cat, and managed to nurse him back to health before taking him in as her own.

Now Rademenes is considered an important asset to office staff, comforting patients after surgery and sometimes cleaning their ears.

Some photos. Were this not so far from Dobrzyn, I’d definitely visit Rademenes on my next trip to Poland. 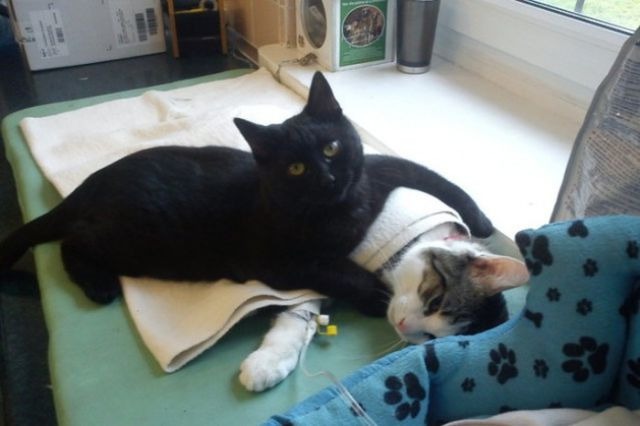 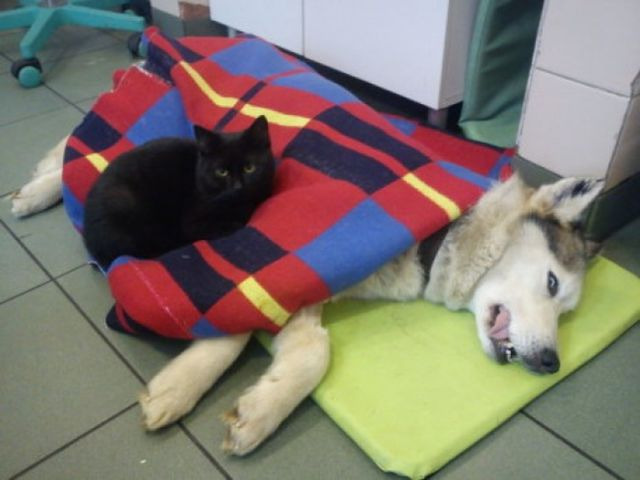 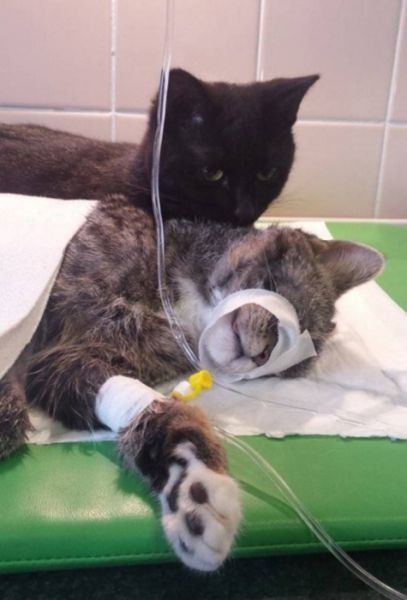 *******
Groupon (which is a Chicago-based, cat-loving organization, and even has an eponymous cat as its office mascot, has a new spoof service called Grøüber in which laser-guided cats will drive you to redeem your Groupon. The site is here, and there’s also a video:
https://www.youtube.com/watch?v=5nDJqMndZ18
*******

Finally, Matthew sent me this ad for a cat hoodie. Question: would you wear it or buy it? It certainly makes a “statement”, though that statement may be “I’m a loon.” (Personally, I’d rather have the large wool cat head): 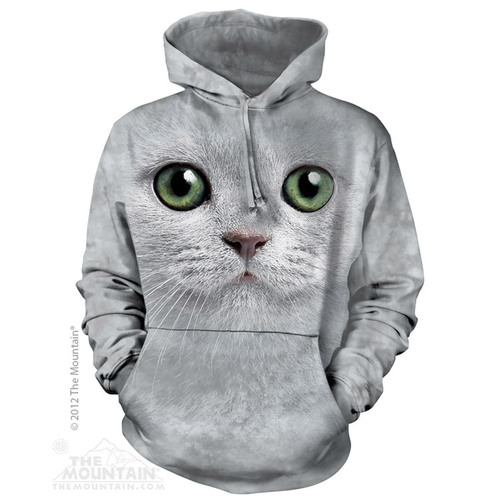