Continuing right on with Kestrel Week. . . . Only kidding: I don’t have enough kestrels to fill a week’s worth of posts. But Joe McClain’s photos of kestrels yesterday made me realize that while small birds are cute, small predatory birds are even cuter. There’s something especially adorable about a tiny owl, like a saw-whet owl or a pygmy owl, and about a tiny raptor, like the kestrel. I suppose it’s the combination of their small size and fierceness.

And, appropriately, the photographer at Colin Franks Photography (Facebook page here) sent me a bunch of kestrel photos yesterday. They were so nice that I’m going to devote today’s installment to these photos alone.

There are several species called “kestrel”, but the New World species is the American kestrel, Falco sparverius, also known as the “sparrow hawk”. 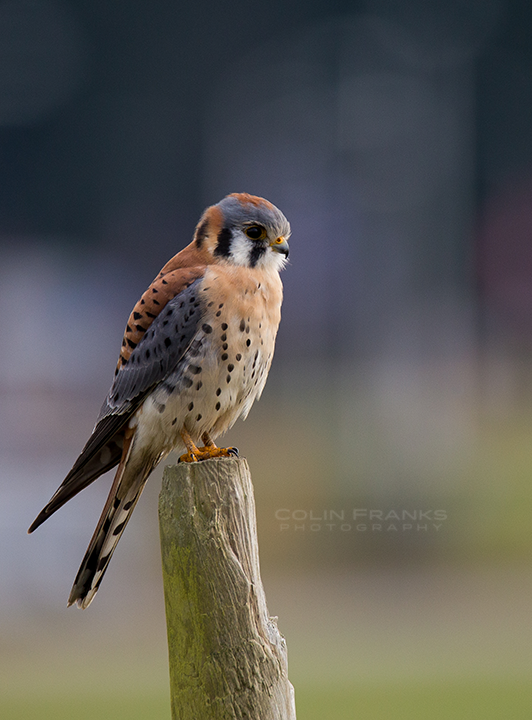 These are light birds (the smallest North American falcon), weighing about 100 g (4 ounces; females are a tad larger than males). Their main diet includes large insects, supplemented with rodents, which they usually pick off the ground. 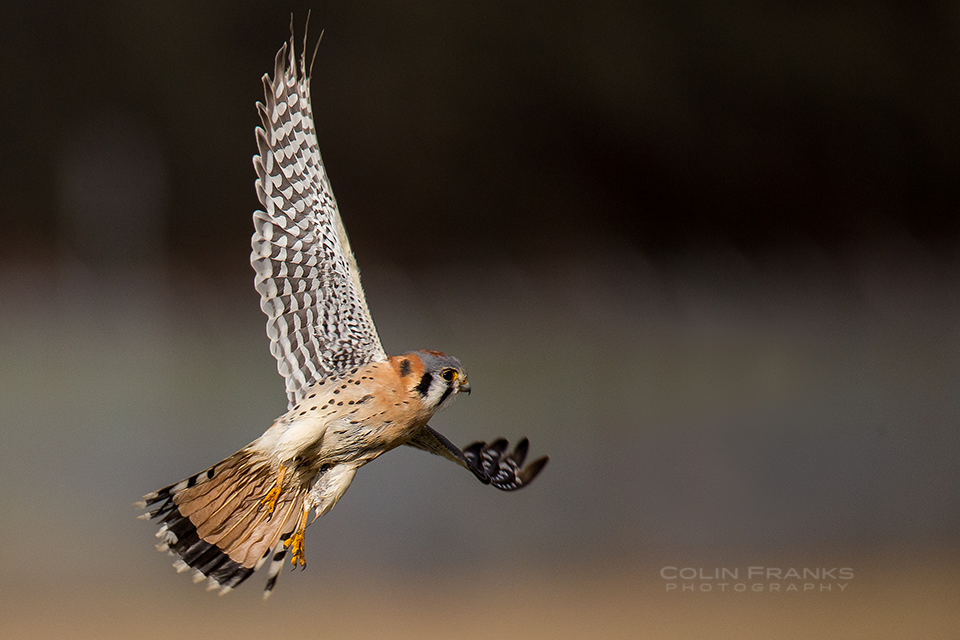 Falconry with kestrels (from Wikipedia):

One important use of American kestrels is in falconry. It is definitely not a beginner’s bird, due to the careful weight control needed to maintain the kestrel’s flying weight without killing it by either over or underfeeding. This is made problematic by their small size. Falconers experienced in extracting the best performance the species is capable of report they are highly reliable on the normal game of sparrows and starlings, particularly in ambushing this prey by surprise when released out of a vehicle window. More aggressive individuals are sometimes capable of capturing prey up to approximately twice their own body weight, allowing the occasional capture of true game birds such as quail and dove. However, most falconers interested in the reliable taking of such game do prefer larger falcons or hawks. The advantage the American kestrel offers the experienced falconer is its suitability to simple and urban falconry not requiring large tracts of land or the use of hunting dogs. 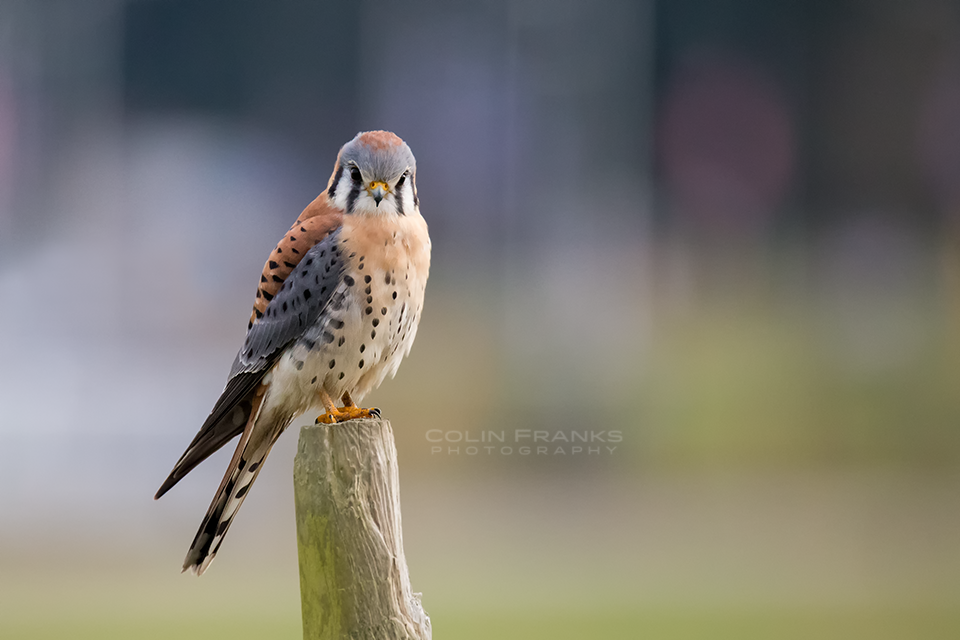 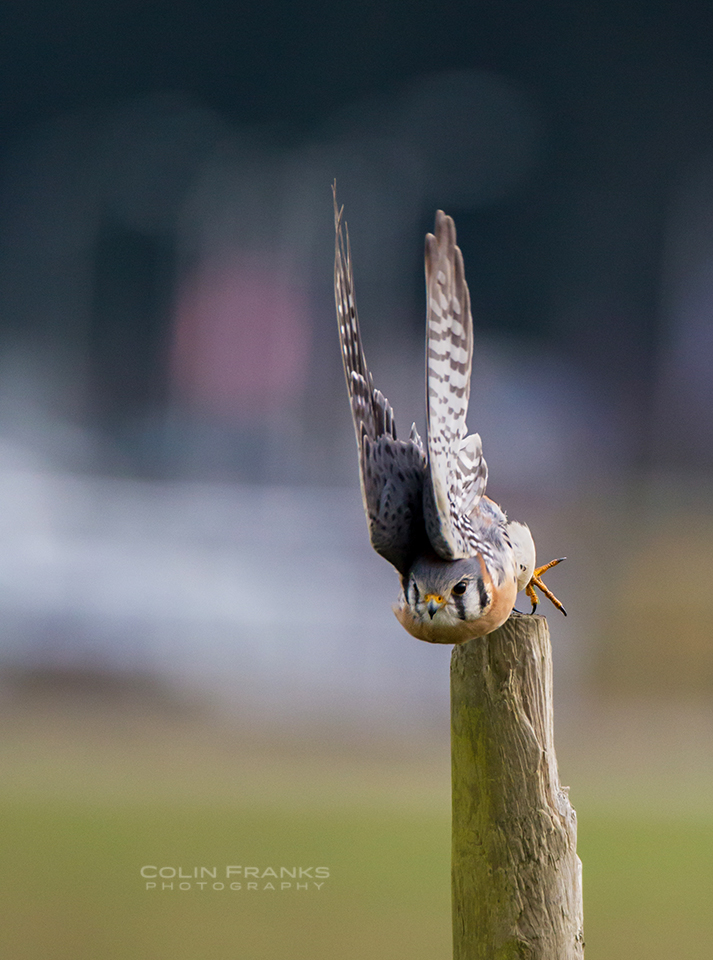 When nature calls, nestling kestrels back up, raise their tails, and squirt feces onto the walls of the nest cavity. The feces dry on the cavity walls and stay off the nestlings. The nest gets to be a smelly place, with feces on the walls and uneaten parts of small animals on the floor. 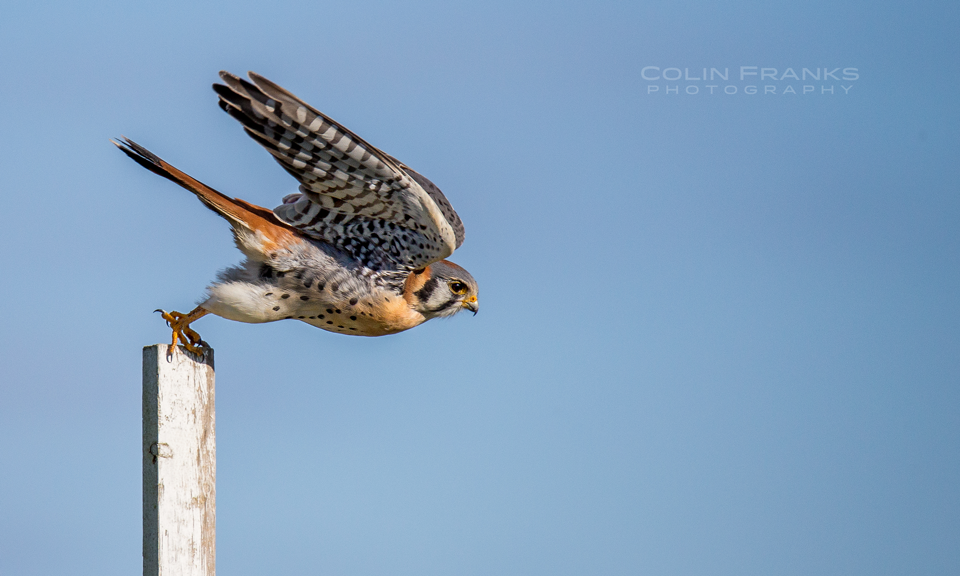 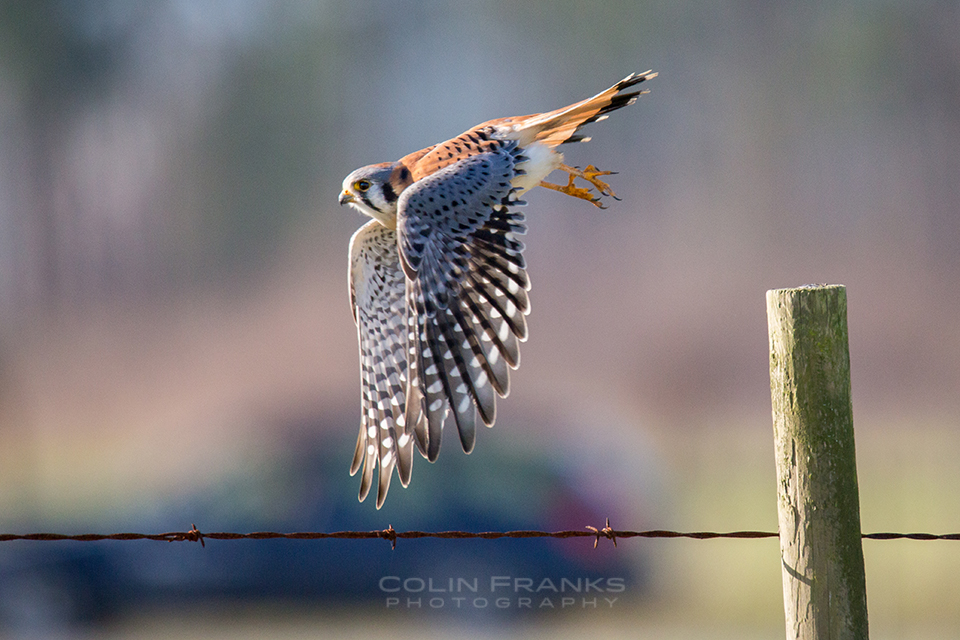 These photos are all of males, but there is a pronounced sexual dimorphism, which you can see at the bottom of this Cornell bird page. (The female is larger and lacks the slate-blue head and tail.) 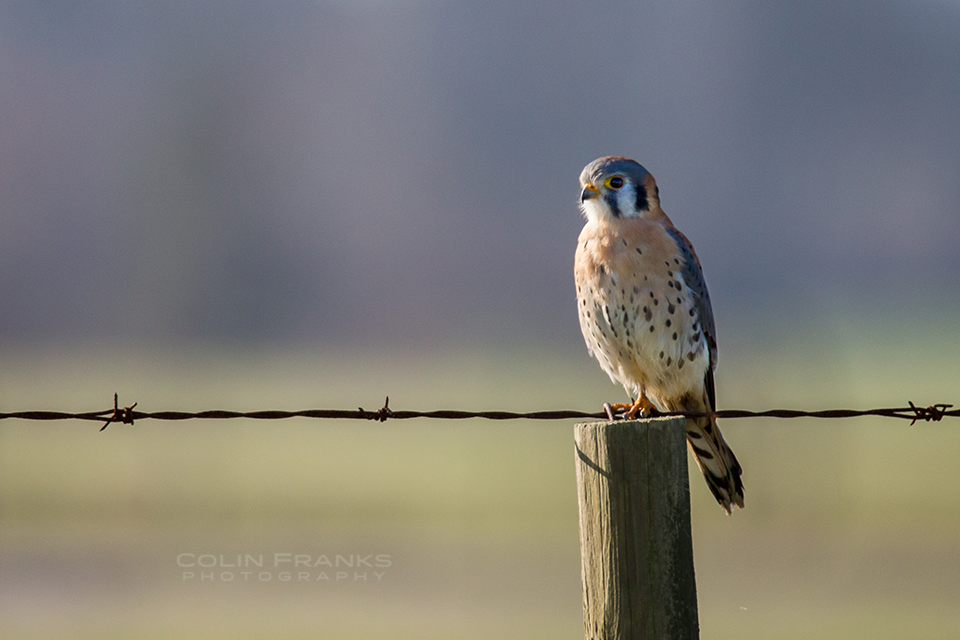 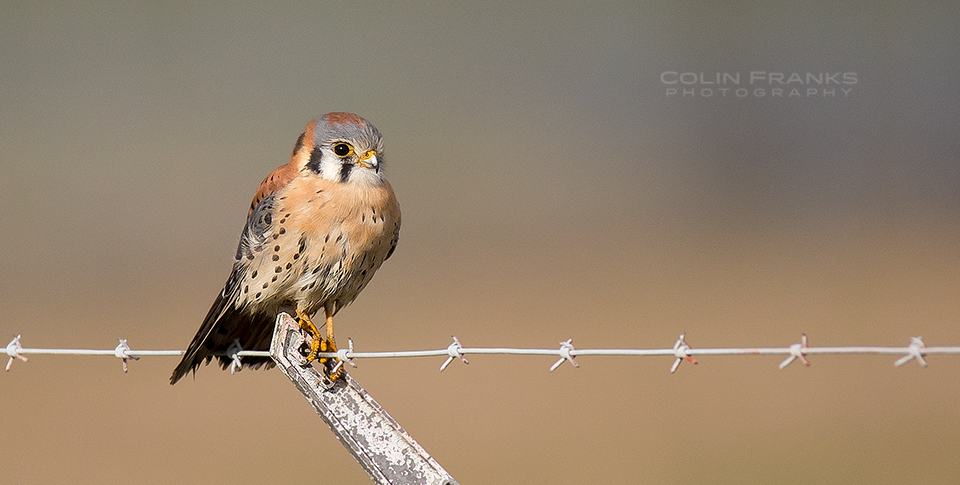 Here’s its range, from Wikipedia:

Like many birds, kestrels have the ability to keep their heads stationary when their bodies are moving, which enables them to keep focused on prey (or predators) regardless of environmental disturbances. This male kestrel, Jet, demonstrates that ability:

Kestrels also have the ability to hover in the air, presumably zeroing in on a victim:

A calling kestrel (you can hear three of their calls here):

What better accompaniment to these stupendous photos than the fabulous poem about the kestrel, The Windhover, by Gerard Manley Hopkins (1844-1889), a poet whom Jerry and I both admire. And yes, he was a Catholic priest and his poetry is infused with his religion.