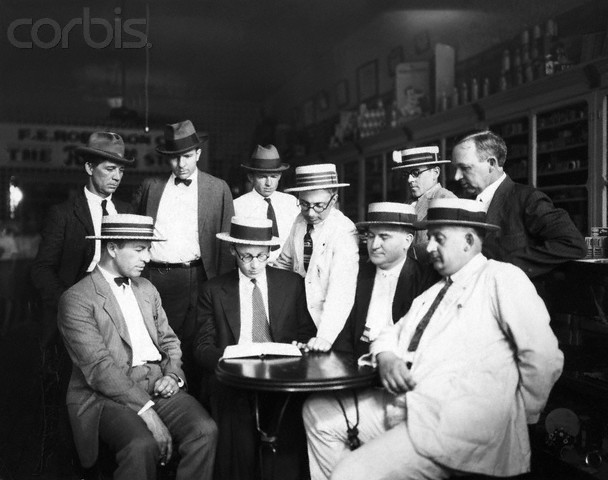 Dayton, Tennessee, USA — Dayton, TN: Grouped around a table in Robinson’s Drug Store just as they were when they began the argument that resulted in prosecution of John T. Scopes for teaching evolution at the high school where he is biology professor are: Mr. Scopes (seated second from left); Dr. George W. Rappleyea, the chemical engineer who started the argument and initiated the prosecution of his friend to test the law (standing fourth from left), and others involved in the case. Undated photo. (COMPLETE CAPTION ON ORIGINAL PRINT) — Image by © Underwood & Underwood/CORBIS