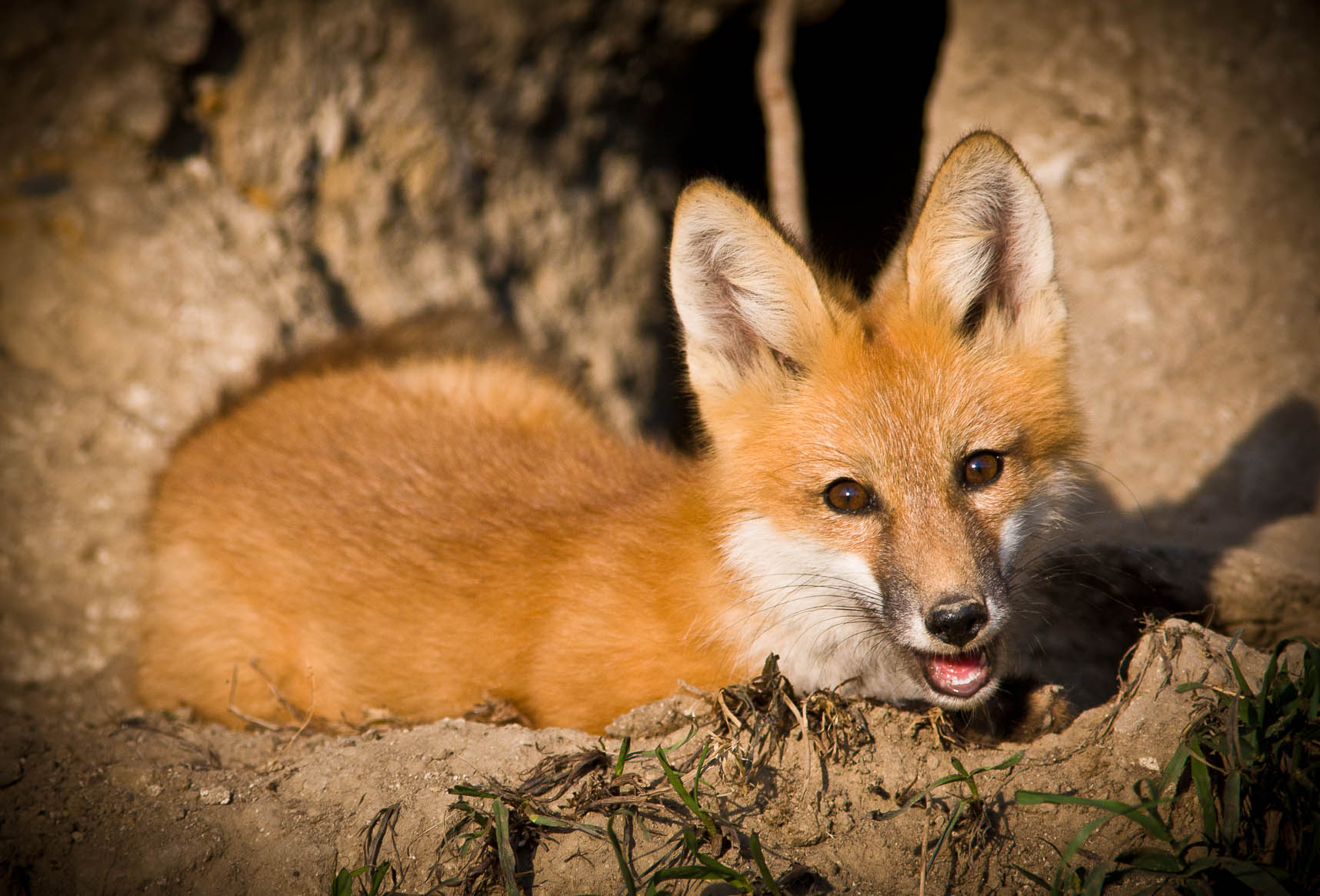 Red Fox: n North America the Red Fox is native in boreal regions, introduced in temperate regions.[6] There is a recent fossil record of Red Foxes in boreal North America, and one subspecies of these native boreal foxes extends south in the Rocky Mountains.[7] In temperate North America, Red Foxes are derived from European Red Foxes, which were introduced into the Southeastern United States around 1650-1750[8][9] for fox hunting,[10], and from there to California for the fur trade. The first introduction is attributed to Robert Brooke, Sr., who is said to have imported 24 Red Foxes from England.[11]. The introduced European Red Fox may have interbred with the scarce indigenous population to produce a hybrid population.[12] Although classified as a carnivore, red foxes are omnivorous and are highly opportunistic. Prey can range in size from 0.5 cm insects to 150 cm red-crowned cranes. The majority of their diet consists of invertebrates, such as insects, mollusks, earthworms and crayfish. They also eat plant material, especially blackberries, apples, plums and other fruit. Common vertebrate prey includes rodents (such as mice and voles), rabbits, birds, eggs, amphibians, small reptiles and fish.[23] Foxes have been known to kill deer fawns. In Scandinavia, predation by Red Fox is the most important mortality cause for neonatal Roe deer.[24] They will scavenge carrion and other edible material they find, and in urban areas, they will scavenge on human refuse, even eating from pet food bowls left outside. Analysis of country and urban fox diets show that urban foxes have a higher proportion of scavenged food than country foxes.[25] They typically eat 0.5–1 kg (1–2 lb) of food a day.

They usually hunt alone. With their acute sense of hearing, they can locate small mammals in thick grass, and they jump high in the air to pounce on the prey. They also stalk prey such as rabbits, keeping hidden until close enough to catch them in a short dash. Foxes tend to be extremely possessive of their food and will not share it with others. Exceptions to this rule include dog foxes feeding vixens during courtship and vixens feeding cubs.[15]

Red Foxes have proportionately small stomachs for their size and can only eat half as much food in relation to their body weight as wolves and dogs can (about 10% compared with 20%). In periods of abundance, foxes will cache excess food against starvation at other times. They typically store the food in shallow holes (5–10 cm deep). Foxes tend to make many small caches, scattering them across their territories rather than storing their food in a single central location. This is thought to prevent the loss of the fox’s entire food supply in the event that another animal finds the store.