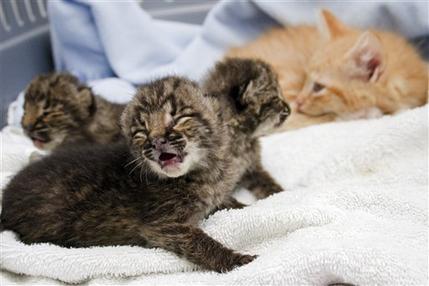 A litter of bobcats that were found during the demolition of an abandoned home in Newberry County rest and play with two kittens that belong to Zoe, left, a domestic house cat that will be nursing the bobcats for the next five weeks, at Carolina Wildlife Care, in Columbia, S.C., Thursday, April 29, 2010. (AP Photo/Brett Flashnick)